The mega-retailer, known for its low-wage jobs, just invested in a handful of high-profile food organizations. 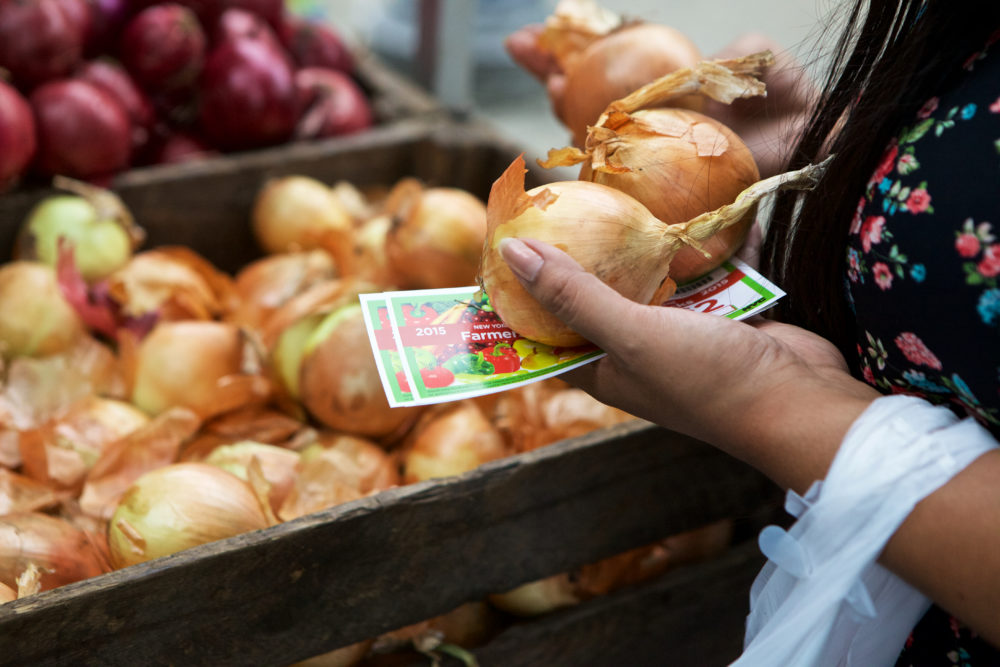 Low-income patients at Los Angeles’ Eisner Pediatric and Family Medical Center who are struggling with health conditions like obesity and hypertension may be surprised this year when their doctors hand them “prescriptions” for free fruits and vegetables. The prescriptions are part of Wholesome Wave’s national efforts to give more people access to fresh and whole foods, and the expansion to LA was made possible through $1.2 million in grants from Target.

The Fruit and Vegetable Rx (FVRx) program is just one example of the many wellness-related efforts the big box retailer is now funding. At the end of June, Target announced it was investing $40 million in food and other wellness-oriented groups in 2016. The news came after an earlier announcement last September explaining an overall shift in its corporate social responsibility strategy to focus on wellness.

“Our investment this year is to help organizations give children and families more choices that allow them to increase their physical activity and eat healthy every day,” said Target communications representative Angie Thompson said in a statement over email.

The shift means many of the organizations Target is now funding and partnering with are, like Wholesome Wave, focused on increasing access to healthy food and building a more equitable food system. It also dovetails with the expansion of the company’s Made to Matter collection, which is offering an expanded number of shelf-stable organic brands such as Stonyfield and Annie’s. But the question remains whether the company’s corporate policies align with the goals and further the mission of the greater food movement. And it has some wondering whether this is another example of corporate philanthropy as smart public relations.

The programs being funded definitely have the potential to have a real impact individually. Wholesome Wave founder and CEO Michel Nischan says his organization has seen incredible results with its FVRx initiative, for example. “We found that people struggling with poverty didn’t have enough money to make the healthier food choice,” he explains. “So we thought if we could incentivize and level the price playing field between the healthy and unhealthy option, people would choose the healthy option, and boy, they sure did.”

With FVRx now in 13 states, the Target grant will allow the program to expand into its second major city after New York, and it will be reaching a high-need population: 98 percent of the patients at Eisner Medical Center are living far below the poverty level. Patients will be able to redeem the vouchers at local farmers’ markets or Target stores, which Nischan says is important for those that work long hours and may not be able to make it to the markets, but it can also be seen as essentially a marketing program for Target.

Similarly, REAL School Gardens builds teaching gardens that function as outdoor classrooms in low-income schools, where instructors can use fruits and vegetables to teach lessons in science and math, for example. Target is sponsoring the first Baltimore garden, as well as co-sponsoring one in Dallas. “Their investment alone is providing 1,000 kids with daily access to more hands-on learning in the outdoors,” says CEO Jeanne McCarty.

McCarty says one of the reasons she feels good about Target as a corporate sponsor is that their commitment to the program goes beyond the financial. “As part of the investment, their employees will come out and build the garden with us in a day and work alongside the community,” she says. It’s a sentiment that Upton echoed when asked about whether the company’s corporate policies aligned with FoodCorps’ mission. “They’ve been a huge supporter of both formalized public service programs in the United States as well as fostering a culture of volunteerism amongst their employees,” she said.

Target has worked hard to show off that aspect of its culture and has used its significant philanthropy—it gives five percent of its profits back to communities, which equals about $4 million per week—to position itself as an ethical alternative to Walmart.

Unlike with Walmart, there hasn’t been evidence that Target uses those donations to garner support in communities it is attempting to build in, but it has been staunchly anti-union for years and is one of the largest low-wage employers in the country. According to a recent analysis, Target ranked five on a list of the 10 companies that pay Americans the least, and the CEO earned $28.2 million in 2014, significantly more than four low-wage employers that outranked it, including Walmart. The company raised its mimimum wage to $9 in April 2015 and is reportedly raising it to $10 this year, but that number still falls short of what most consider a living wage.

“That’s heavily on my mind,” Nischan admits. “My deepest realization is that the root cause of unhealthy eating is poverty, and the only way to address poverty is through opportunity and things like raising the minimum wage.”

In response to questions about the discrepancy between low wages and access to healthy foods, Target’s Thompson said, “We believe that the strength of our focus on wellness is that it aligns directly to our company’s overarching business priorities to address the needs of our guests, team members, and communities. We pay market competitive rates and regularly benchmark the marketplace to ensure that our compensation and benefits packages will help us to both recruit and retain great talent.” The company also offers additional employee discounts on fresh and frozen fruits and vegetables and active wear.

Nischan says that he sees Wholesome Wave’s fruit and vegetable voucher program as potentially demonstrating to Target how people who have more income become bigger spenders, which benefits the company.

“If I’m a major retailer and part of what makes my business work now is controlling my wages, but then I see what happens to my profits when people that are struggling with extremely low incomes encounter affordability [for the first time],” he imagines. Nischan hopes the company might be inspired to ask: “What’s the number where we could pay our employees more so that they can afford to shop more aisles of our grocery store?”