What would it take for investing in sustainable food and ag to become as hot as apps and drones? 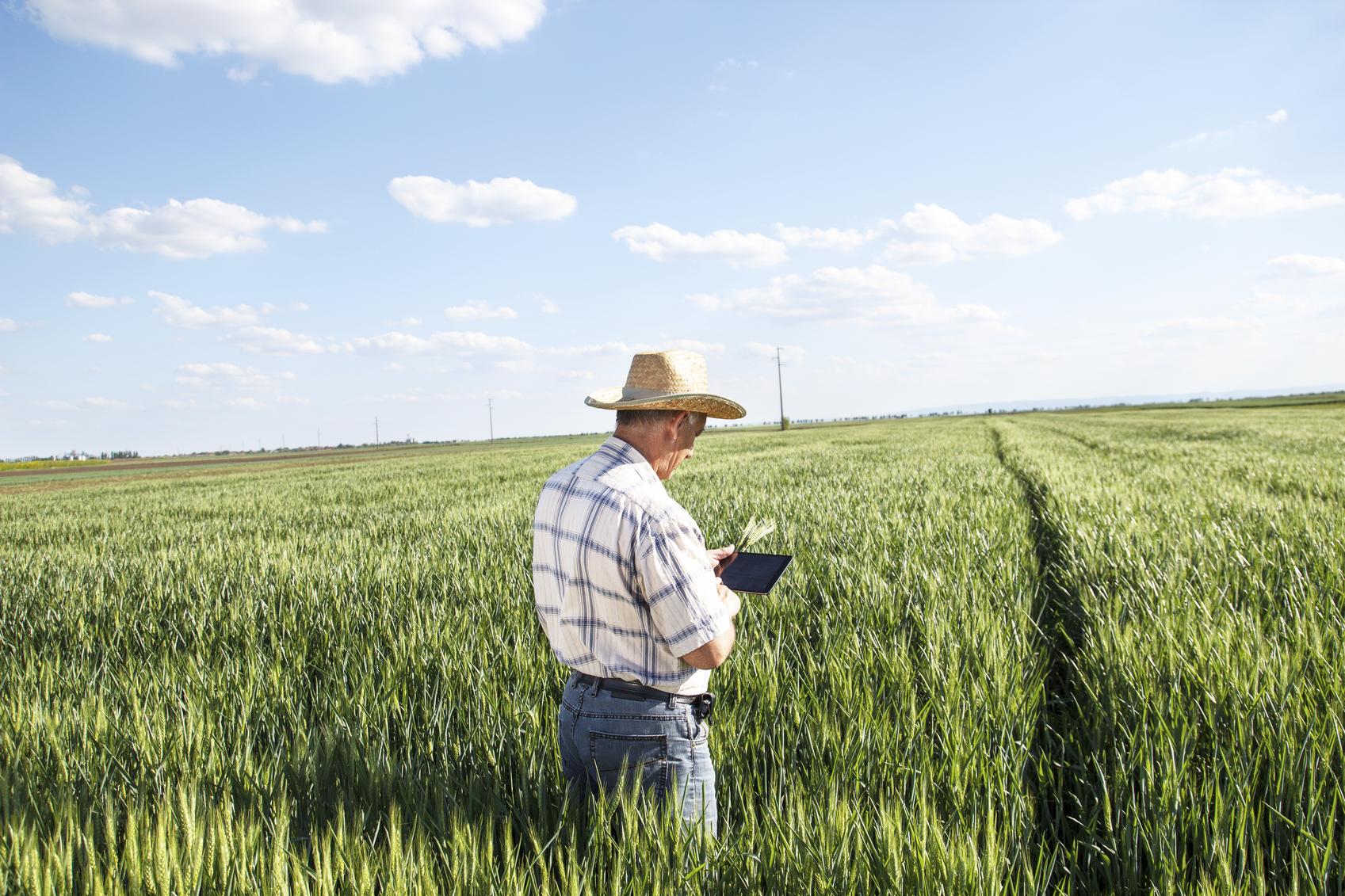 Food and ag tech is hot. AgFunder recently reported that some 499 ag tech companies attracted $4.6 billion in investments last year, nearly double the $2.36 billion in 2014, and up from about $500 million in 2012. U.S. companies raised just over half that total, or $2.4 billion, and about $1.65 billion of the 2015 global total was for food e-commerce companies alone.

Last year, noting a whole host of investments risks and opportunities, we asked whether the tech industry’s “move fast and break things” approach can work for food? The same question is even more relevant a year later, as eggless mayo unicorn Hampton Creek seeks to raise $200 million at a $1.1 billion valuation, Soylent, a meal-replacement drink, has raised $22 million, and Juicero, a $700 juicer and the latest Silicon Valley darling, has raised $120 million.

“When it comes to these highly visible and heavily funded products and services, there is a clear disconnect between what consumers actually need, want, and can afford, and what venture capitalists seem to think people want, if they’re thinking of normal people outside the Bay Area at all,” wrote Vanity Fair’s Maya Kosoff.

Beyond plant-based meat and dairy alternatives, much of the massive investment in this area has also been in food delivery and meal-kits. Prepared-meal delivery start ups like Blue Apron ($194 million), Munchery ($120 million), and Sprig ($57 million) are expanding. But Spoonrocket, which raised $13.5 million, recently shuttered. And although overall meal-kit funding hit record highs in 2015, it now seems to be on track for a sharp decline this year.

Similarly, online produce delivery services, which Rob Leclerc, co-founder/CEO of AgFunder, says allow “small sustainable farmers to use size to their advantage by leveraging technologies that help de-commoditize the products they produce and create new niche markets”—have had mixed success. Last year, online grocer Good Eggs shut down all of its operations outside of San Francisco, laying off 140 people. At the time, it had raised $56 million. Then, last week, a spokesperson from Farmigo,which raised $16 million this past year, for a total of $26 million, told me they suspended operations in the Greater Seattle and Bay Area regions. (Today, I was told that Farmigo just sent letters to its vendors/partners that it’s also closing up shop in the NY/NJ Metro area.) All of which leaves questions about whether some are scaling too quickly.

“What I see is that there are a ton of technology improvements than need to be made in food and agriculture that, for a variety of reasons, aren’t likely to yield the kind of returns traditional financial investors would expect from other sectors,” said Rob Trice, founder of the Mixing Bowl Hub. “And I worry that the ‘foodpocalypse’ occurring from the over-funding of the food delivery space will brand foodtech as a new cleantech in that it is a sector where venture investors got burned and should stay away.”

In the meantime, there’s tremendous capital interest in tech aimed at changing the way farms themselves run. Google Ventures, Kleiner Perkins, and other venture capital firms, along with General Mill’s, Campbell Soup Co., Kellogg’s, Land O’Lakes are all now investing in ag tech. Bayer and Syngenta have introduced an $11.5 million fund called AgTech Accelerator. Bayer is also teaming up with Dupont to create a $15 million accelerator fund to back early-stage ag tech companies. This week, Microsoft and Monsanto announced a partnership to invest in ag tech startups in Brazil with a $92 million fund.

Most of these investments are in bio-tech, e-farm tech—sensors, robots, and drones—and big farm data. There are some clear challenges for these technologies and questions remain whether food and ag tech will be ultimately be worth the investment for farmers, especially small farmers trying to grow food sustainably.

“The venture capital model is predicated on investing in scaleable companies that have the potential to deliver big returns,” said Danielle Gould, founder and CEO of Food+Tech Connect. “VCs can play a key role in supporting the development of technologies that can help sustainable agriculture to scale–like aggregating supply and demand, disintermediating distribution and ensuring safety–but the model does not really lend itself to supporting individual small, sustainable farms.”

I wonder if it’s possible to change that paradigm. Perhaps traditional VCs don’t see the value in investing in sustainable ag, but what about impact investors, those who seek to generate a measurable, beneficial, social, or environmental impact alongside a financial return? With the demand for organic food soaring, there is huge opportunity right now to help small to mid-size farmers scale up. And what about investing in ways to help local and regional producers bring their food to market with much-needed infrastructure, including aggregation, distribution, transportation, and refrigeration (i.e., food hubs). I know, it’s not super sexy, but that’s one sector in need of serious disruption.

There are plenty of good ideas at work in food and ag tech, like cutting down on our reliance on industrial animal farming through alternative proteins and making it easier for consumers to get local and organic food—either as raw ingredients or as semi-prepared meals like Blue Apron is trying to do.

Thrive Market is another interesting example. It’s an online membership market place we covered in-depth earlier this year, which just announced it has raised $111 million and hopes to bridge the digital divide by being one of a limited number of internet food delivery services that U.S. Department of Agriculture may soon allow to accept SNAP (or food stamp) payments. And while its focus on affordable organic food and free membership for low-income users is encouraging, it’s unclear whether selling packaged organic goods is necessarily the best way to help more low-income folks to get fresh, affordable food on their tables.

“I believe that in addition to the latest technology, consumer platforms, and innovation, the good food supply chain needs some much more basic support,” said Eric Kessler, founder and principal at Arabella Advisors, an impact investment firm focusing on the good food movement. “Investments like capital expenditure support for growing farms and bridge financing for farmers making the expensive conversion to organics are all necessary now to put the good food agriculture sector on the right footing.” He added that philanthropy plays a role in investing in food policy systems change.

Food+Tech Connect’s Gould thinks companies could also play a big role in scaling up sustainable agriculture by cutting out middlemen and entering into long-term contracts with farmers to provide them with more security. She cited a new partnership between Organic Valley and General Mills, which will help transition conventional dairy farmers to certified organic, as an example.

“I’ve seen the future of food, and with all due respect to my visionary colleagues in Silicon Valley, it is not Soylent. It is not Schmoylent or Schmilk, either,” argued Steve Case, chairman and CEO of Revolution, a venture capital firm. “Do we need healthier food and a cheaper way of sourcing and distributing that food? Absolutely. But that’s not a powder. It’s authentic, natural foods, locally sourced, sustainably grown, brought fresh to our tables. Put another way: The future of food is food.”

I couldn’t agree more. What a vibrant and viable future of food we might have if smart investors supported local and regional sustainable food systems and helped scale up sustainable agriculture. Seems like a smart bet, and one with a potential return on a long-term investment in our sustained future.