A Striking Number of College Students are Food Insecure. Can Campus Farms Help?

A community college in Brooklyn has launched what might be the first on-site farm-to-pantry college program in the country. 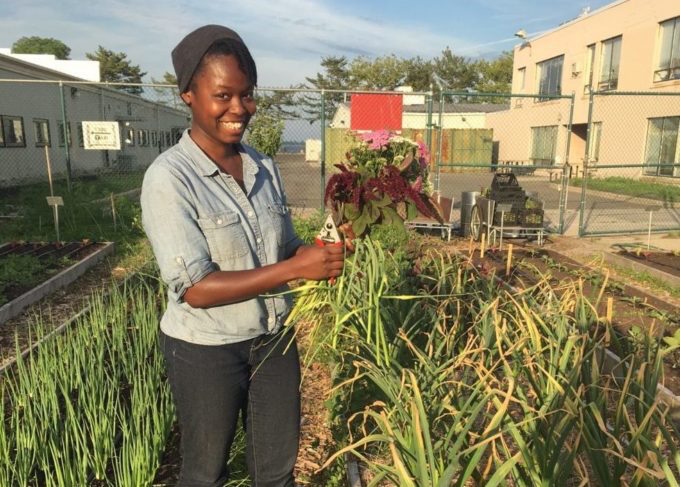 It’s a bright, windy, late spring morning after a week of torrential rain, and the crops at the Kingsborough Community College (KCC) Urban Farm at the southern end of Brooklyn are flourishing. Beets and turnips are peeking their heads out of the soil, a slew of herbs have leafed over their raised bed, and in the hoop house, flats of lettuce seedlings are ready for planting. These are just some of the 130 crops the farm will produce in the 2016 growing season, which starts in June and stretches through November. The farm will give away, free of charge, the majority of the fruit and vegetables in the garden to members of KCC’s 14,000-student population, some of whom skip meals to save money.

Food insecurity—defined as a person lacking the resources to feed himself either nutritiously or consistently—is becoming an increasingly recognized issue on college campuses across the country. A recent study conducted by the University of Wisconsin-Madison found that nationally, fully 20 percent of community college students are hungry. The public City University of New York (CUNY) system—comprised of 24 two- and four-year institutions, including KCC—reported that nearly 40 percent of its students experienced food insecurity in 2010. According to National Public Radio, three million college students per year visit food pantries to avoid going hungry.

To alleviate some food insecurity, the all-volunteer College and University Food Bank Alliance (CUFBA) has supported more than 220 college campuses in launching on-campus food banks since its founding in 2012. No one is keeping track of the total number of campus-based food banks popping up, according to CUFBA’s co-founder, Clare Cady, but she believes her organization’s numbers are just the tip of the iceberg. “And I think we’ll see them continue to climb,” she says. 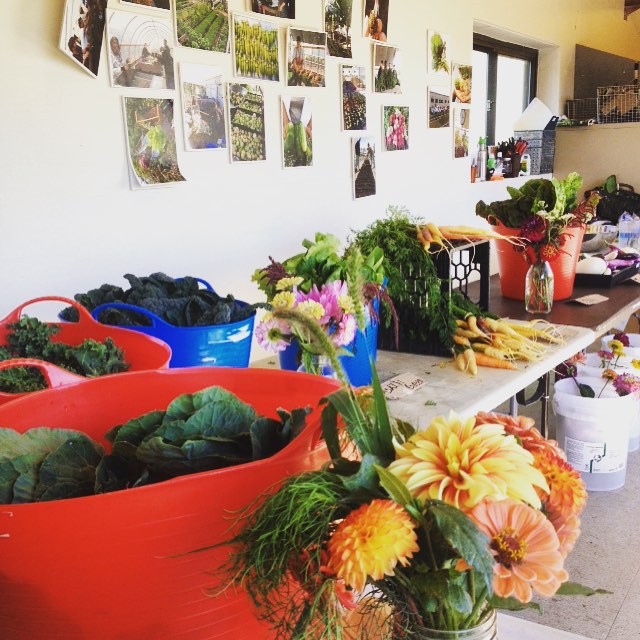 
KCC started its own food pantry in 2012, after the devastation wrought by Hurricane Sandy highlighted the struggle of many students to feed themselves. Like a lot of other college pantries, KCC’s has always lacked a refrigerator and been unable to store fresh produce for distribution. Things might have stayed that way, with students coming in to “shop” for strictly non-perishable staples like rice, cereal, and raisins, if not for Hurricane Sandy’s effect on a separate campus resource—its urban farm.

Initiated a year before the food bank under a contract on behalf of KCC’s Culinary Arts program with a then-fledgling New York-based nonprofit organization called Project Eats, the farm was envisioned as a prototype for what profitable urban food cultivation could look like. For the three years of the contract, from 2011 to 2014, the Economic and Workforce Development program (which included the Culinary Arts program) would teach its students about seasonality, for example, and Project Eats would sell the resulting crops to local businesses. But then Sandy hit. After the farm flooded, Project Eats divested itself of the project, turning it back over to the college to avoid a potentially expensive rebuild. Fortunately for KCC, it turned out that despite the damage, the quarter-acre of dirt, spread between low-slung classroom buildings, was still viable. And, says Mara Gittleman, the farm’s education manager, “We had the opportunity to reimagine what this site would be—what should we be growing? Who should get [the produce]?”

In addition to continuing to work with Culinary Arts and other programs and departments conducting their own research, the college decided the farm should directly support its in-need students, who struggle with many issues related to but broader than hunger, including single parenthood, eldercare, and underemployment. KCC’s is possibly the first on-site farm-to-pantry college program in the country. Although no one is keeping track of that information, either, according to Cady.

Once every two weeks during the growing season, they also staff the farm market. On these Thursdays, KCC students line up outside the chain link fence, bags and backpacks at the ready. (Other weeks, they distribute produce from KCC’s Single Stop office, which runs the food pantry and also helps students apply for various types of aid.) At 11:30 in the morning, they push open the gates, and students cross mulched paths to get to the stand. They’re told to take what they need from the recently harvested bounty—no questions asked—but to limit their haul to three items.

“That can mean a bunch of callaloo, a bunch of chard, and a pint of tomatoes—although if there’s extra callaloo,” one of the farm’s most popular crops, especially among Caribbean students, “they’re welcome to take more,” says Izaguirre. In a few hours, “We’re wiped out” of produce. Sophomore Culinary Arts student Latania Paul, who works as a farm aid, looks forward to the eggplants, which are a favorite of her Guyana-born mother.

Fresh, nutritious fruits and vegetables like those grown on the KCC farm, says CUFBA’s Cady, are essential to student nutrition: “Boxes of mac and cheese only move people from food-insecure with hunger to food-insecure without hunger,” she says. “That’s better, but not a solution to the problem.” But how much of a dent does KCC’s farm actually make? Between 20 and 70 students, many of them repeating, show up every week for the market. They are probably only a fraction of the total number of students who need the fresh food, but after a full day of classes, they might be heading to jobs knowing that any produce they take will be wilted by the time they get it home. Sometimes, Izaguirre says, “Students don’t have a home to go to—so there’s no place to cook food, no place to store it.” The farm manager adds that because of these institutional barriers students face, free produce is important, but not the only answer.

For this reason, Gittleman stresses that the program’s food giveaways are “only a part of what we do.” The department’s larger mission, she adds, “is to catalyze thought, dialogue and action around food system issues.” 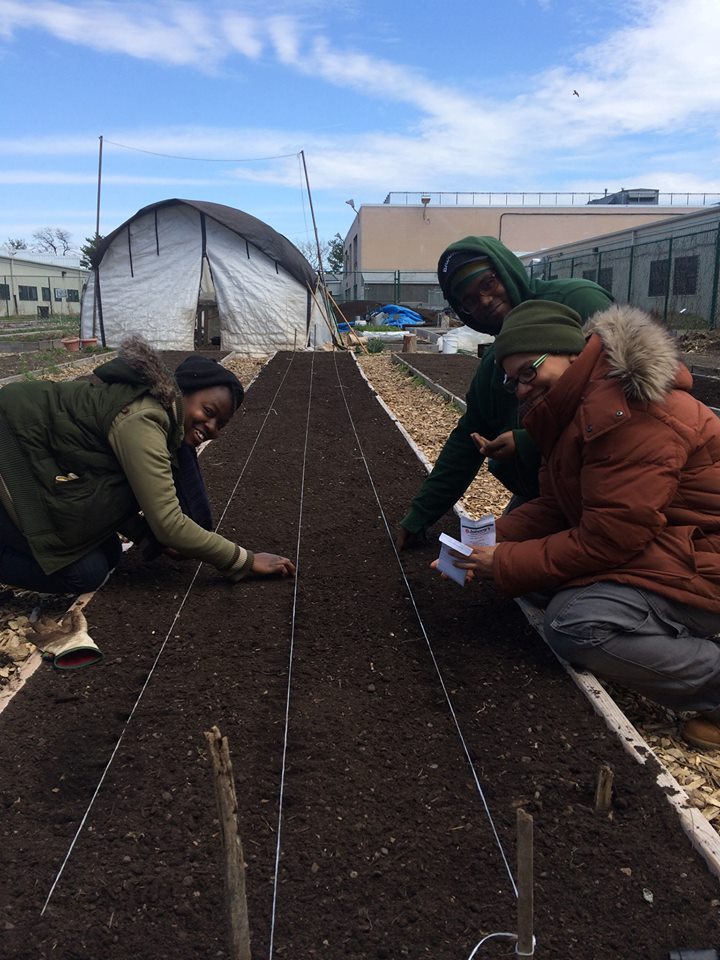 In the past few years, schools like Oregon State University have adopted farm programs similar to KCC’s. But no consistent studies document how well they’re working—or even how many students they’re managing to feed. “There’s a lot of potential for really significant synthesis,” says Cady. But a lot more research still has to be done “in order to come up with a scalable farm-to-pantry model,” she says.

Despite the challenges and the lack of data, Hattie Elmore, who runs KCC’s Single Stop office, measures the success of the KCC farm by a different rubric: “It helps to keep food insecurity on the administration’s radar,” she says. Which means that in addition to supplying students with fresh fruits and veggies, the farm performs the additional, critical service of keeping the conversation alive.