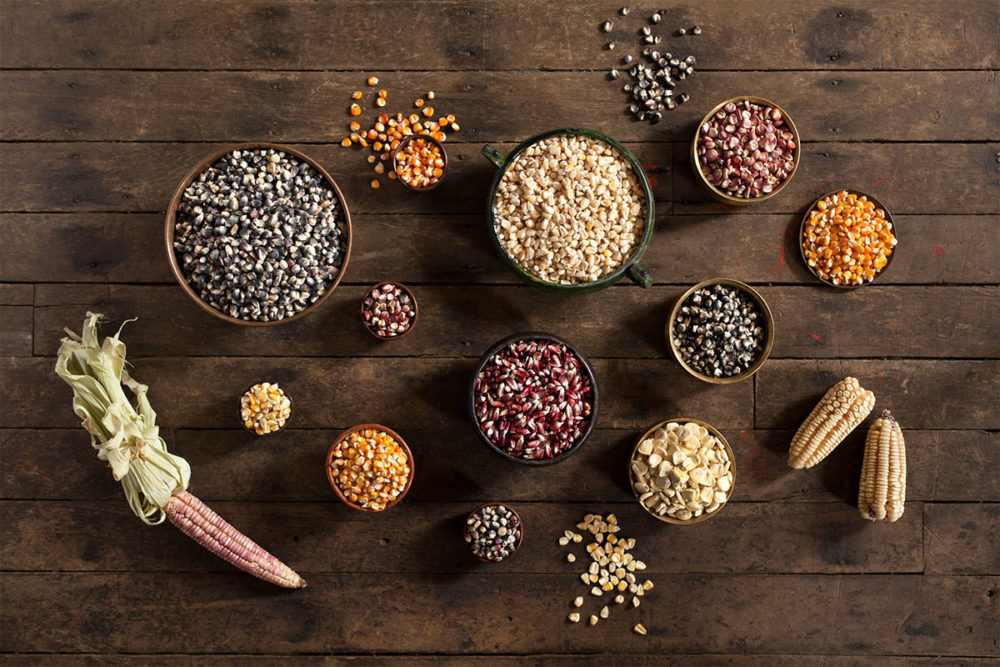 It’s not often that a conversation inspires an idea leading to a project that improves people’s lives and potentially transforms an industry. But that’s what happened to Jorge Gaviria, founder of Masienda. While serving as a host and translator at the G9 Chefs Summit at Blue Hill at Stone Barns in Pocantico Hills, NY in 2013, Gaviria heard chefs discuss responsibly sourced ingredients. This inspired him to travel to Mexico and learn about the country’s rare heirloom corn varieties. He got the idea to work with smallholder farmers there to buy their corn, import it to the U.S., and supply restaurants, which would make delicious tortillas using the corn. In 2014, Gaviria founded Masienda, which is a combination of the words “masa” or corn flour and “tienda” or store, to accomplish his goal.

“I gained an appreciation for the storied history of corn,” Gaviria says. “The more I learned the more I wanted to create opportunities for farmers and to connect chefs to them.”

Mexico, particularly the southern state of Oaxaca, is known as the birthplace of corn.

“Mexico has been producing corn for 12,000 years,” Gaviria says.

The country has as many as 59 landraces, or locally adapted, traditional varieties of corn, according to Martha Willcox, Maize Landrace Improvement Coordinator at CIMMYT (International Maize and Wheat Improvement Center), who has helped Gaviria with his project.

“Maize is the culture in Mexico,” she says. “Everyone eats maize every day, and there are 2000 culinary applications.”

Within those 59 landraces, Gaviria says there are “tons of varieties” of corn, including many colors such as white, blue, red, and yellow.

“There is a huge amount of diversity in the landraces,” Willcox says.

“These farmers are custodians of a very precious commodity,” says Alan Tank, former assistant vice president of the National Corn Growers Association and an adviser to Masienda. “The value it represents to them and to the world is nothing short of phenomenal.”

As an Iowa farmer, Tank appreciates the value of Mexico’s corn heritage. “Being part of family farm, I understand the need for biodiversity and preserving it,” he says.

The average size of the smallholder farms range from about 2 to 12 acres. Oaxaca’s farmers are poor with 62 percent of the population living below the poverty line.

Masienda’s purchase of the farmers’ excess corn—most of the corn they need for food—provides the farmers with income they would not otherwise receive.

“We are providing a fair price to the farmers for growing the corn and having a big impact on rural communities there,” Gaviria says.

“It’s a way to provide markets with good prices for farmers who have continued to grow these landraces,” Willcox says.

This year Masienda is working with 1200 farmers after starting with 100 in 2014. Willcox and CIMMYT helped Gaviria identify the best corn varieties, connect with the farmers, source the corn, and pay the farmers.

Masienda imports 10 to 15 different landraces. According to the company’s website, this is the first time in history these corn varieties have been available outside of the remote, indigenous communities of Oaxaca.

Masienda supplies corn to about 100 restaurants, mostly in the U.S. with a few in Canada.

One of those restaurants is Taquiza in Miami, Florida. Owner and chef Steve Santana uses blue and white bolita corn varieties to make masa flour, which is then made into tortillas and chips.

Santana is enthusiastic about Masienda’s corn. “Visually it’s really cool looking, and the flavor is unmatched,” he says.

Santana could buy much cheaper U.S. domestic corn but he prefers the heirloom varieties.

“I like knowing that farmers are getting treated well throughout the supply chain,” he says. “We are preserving a little history; this is pure food in its natural state.”

Masienda is growing exponentially. In just two years, the company’s corn imports grew from 40 tons in 2014 to 80 tons last year and 400 this year.

The company is also co-branding tortilla products with Chicago-based restaurant Frontera Grill and plans to sell its own branded products.

Gaviria says the market potential for the landrace corn is huge. According to the Tortilla Industry Association, the U.S. tortilla market is worth $12.5 billion.

Most tortillas in the U.S. are likely made from genetically modified corn since more than 90 percent of the corn grown here is GM. But with the soaring demand for non-GMO foods, there is great market potential for Mexico’s heirloom non-GMO corn.

Mexico has not approved production of GM corn, but last August a Mexican judge overturned a September 2013 ban on plantings of GM corn, paving the way for field trials of the controversial crop.

The concern is that GM corn production could cross pollinate and contaminate Mexico’s landrace corn varieties. In 2001, University of California scientist Ignacio Chapela published a paper documenting GMO contamination of some of Oaxaca’s landrace varieties. Willcox thinks this may have occurred when Mexican migrant workers brought back GM seed from the U.S. and planted it.

However, she says: “I haven’t seen evidence (of GMO contamination). I don’t worry about it. It’s still not legal in Mexico.”

Gaviria sees GMOs as a threat to Mexico’s corn biodiversity. “GMOs could have a fundamental impact on the tradition and scope of preservation,” he says.

Gaviria has ambitious plans for Masienda. “We want to educate consumers on what corn can and should taste like and provide an alternative supply chain to what we’ve conventionally known in the U.S. for the last 50 plus years,” he says.

In the process Masienda aims to support smallholder farmers, sustainability, and biodiversity.

“What Masienda does and represents is nothing short of essential,” Tank says. “It provides a vehicle to ensure landrace genetics can be preserved and protected. It allows farmers to capture value. What better way to preserve the landraces than to create a market for them so they are preserved for history.”

Willcox says Masienda is an exciting project with a lot of potential: “It’s a conservation effort, a development effort, and a research effort.”