A new study says people living in “organic hotspot” counties are likely to fare better financially than those living in other agriculture communities. 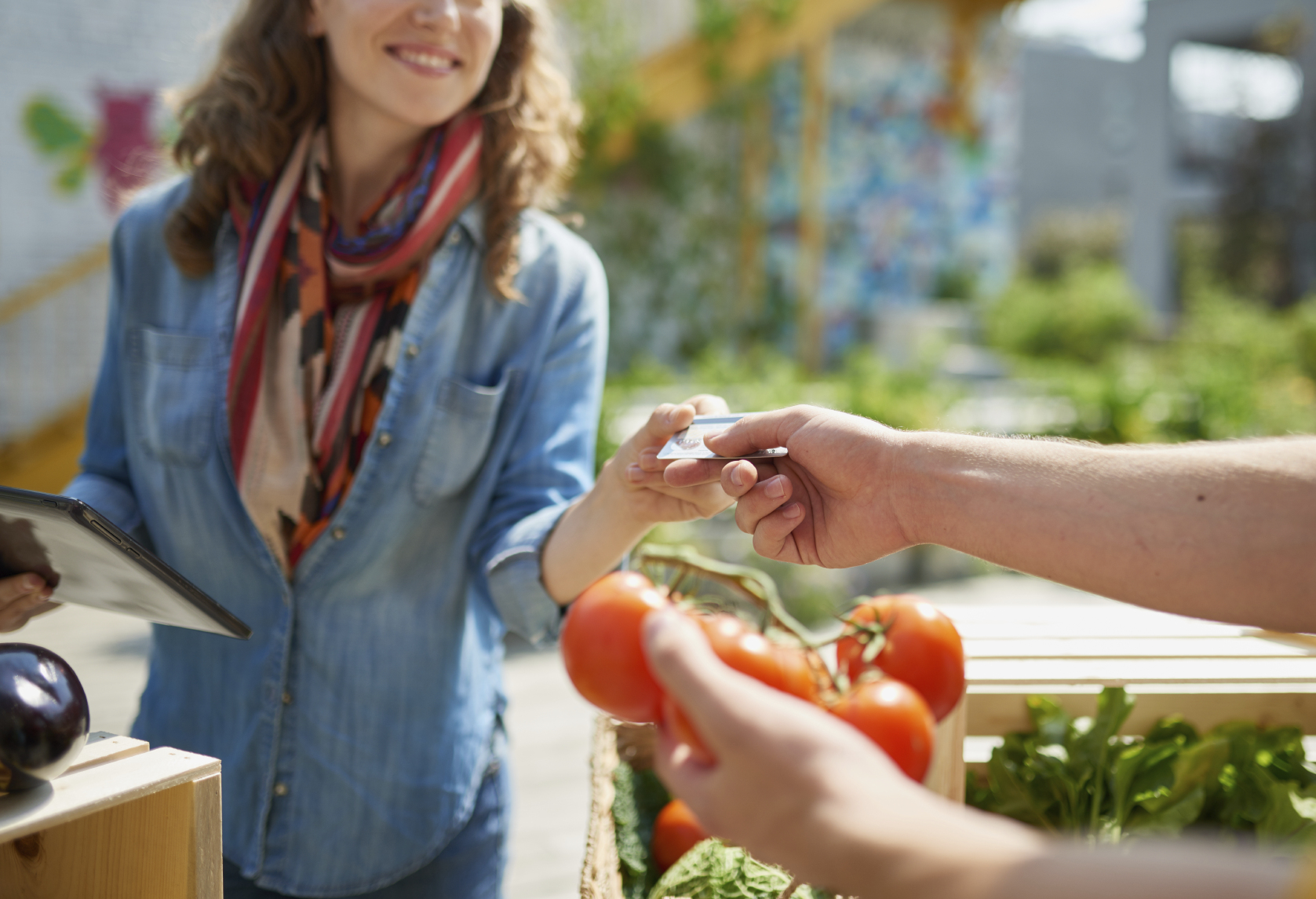 Supporters of organic agriculture have long championed its benefits for personal health and sustainability, but a new study argues organic farming might also make for a stronger local economy.


Last week, the Organic Trade Association (OTA) released a study identifying “organic hotspots” in the United States—counties that have high levels of organic agricultural activity and are surrounded by similarly highly concentrated organic counties. According to the report, authored by Penn State University associate professor of agricultural economics Edward C. Jaenicke, the poverty rate for an organic hotspot drops by as much as 1.3 percentage points compared to what the rate would be otherwise. The study also found that median income rises by $2,000 in those counties. The study didn’t investigate why this happens, but Jaenicke says that organic operations might hire more local labor, encourage shorter supply chains, and even spur growth as part of the so-called “creative economy” of entrepreneurship.

This study is the first of its kind to positively link organic agriculture and the local economic development. And it also comes at a complex time in the organic landscape. Organic sales continue to grow every year—stretching up to $43.3 billion in 2015—and recent research has shown that organic agriculture often earns farmers significantly more than conventional farming. But demand for organic products in the United States has also outpaced its production, meaning that much organic food produce is being imported coming in from other countries. And it’s clear that many small-scale farmers are struggling to make ends meet, whether they’re organic or not. So while Jaenicke’s findings are likely good news for organics advocates, it leaves some important questions unanswered.

Take Carroll County, Maryland, an area Jaenicke specifically highlights as an organic hotspot. There, both organic farmers and conventional farming advocates are skeptical of the study’s results.

“Calling Carroll County a hotspot is absurd,” says Tom Reinhardt, owner of the certified organic Nev-R-Dun Farm in Westminster, Maryland. “Carroll County is not friendly to organic at all.” There are only a few farms in the county now that are organic, he says; none of those farms are very large in acreage and his is the only one focused on produce. And while locals tend to buy most of their organic produce at the supermarket, he says, that produce is coming in from out of town. Given these facts, Reinhardt says he finds it impossible that he and his fellow local farmers are having a significant community-wide effect on the economy.

Bryan Butler, the principal agent at the University of Maryland’s Carroll County extension office, agrees. This is a conventional agricultural community, he says, estimating that than less than half a percent of agricultural production is organic in Carroll County—maybe up to one percent if he’s being generous. And this has been true for some time.

Butler and Reinhardt say that levels of organic farming in Carroll County have never been significant, but Jaenicke says it’s all relative.  As For example, Marin County in California might have many more organic certified operations than Carroll County, but this study compared  Carroll County to its neighbors. “Believe it or not, that county may have a higher statistical level of organic operations relative to some of the other counties in Maryland,” Jaenicke says.

Jaenicke further notes that while the nearby counties surrounding Baltimore and Washington, D.C., are friendlier to organic products, when it comes to agriculture, they aren’t organic hotspots. And, as Reinhardt points out, today’s farm landscape is unstable. While 11 organic agricultural operators were listed for Carroll County in 2009, now that number has been halved—a fact that suggests that even as demand for organic product rises, the difficulties of organic production might make the existence of hotspots fleeting.

On the other hand, Iowa’s Clayton County—also singled out in theis study—does have a strong showing of organic farming. Teresa Wiemerslage, regional program coordinator for Iowa State University’s local extension office, says that while organic production is higher in the surrounding counties, it is significant in Clayton County as well.

“The biggest reason we’re (a hotspot) is the ‘Organic Valley effect,’” she says, referring to the billion-dollar organic farming cooperative located about 90 miles northeast in La Farge, Wisconsin. Most production in Clayton County is dairy, Weimerslage says, and many  local farmers often sell to Organic Valley. But beyond having an exceptional local organic market, she says, the county is also organics-friendly thanks to its topography, which is rugged and best served by small farms.

Wiemerslage isn’t sure whether the county’s efforts in organic agriculture have strengthened the local economy, arguing that any farm’s success will ripple through the economy. But the study does take the success of conventional agriculture under consideration. Though Jaenicke did indeed find economic improvements in what the study calls “general agricultural hotspots,” they were weaker than those for organic hotspots. As he writes, “we find that a county’s poverty rate drops by only 0.17 percentage points and the median household income increases by only $75 when the county is in a general agricultural hotspot.”

Jaenicke also sought to minimize the possibility of reverse causality in his research. As Butler and Reinhardt point out, Carroll County is surrounded by the wealthy suburbs of Baltimore and Washington, D.C., which would also influence the county’s poverty rate and median income. To control for that, Jaenicke says he selected non-organic hotspot counties that were identical to hotspot counties using data from 2009, such as income and land values, leveling out the playing field between hotspots and non-hotspots, to determine hotspot membership in that year.

Then, he jumped ahead to 2013 to collect the poverty rate and median income data, randomly comparing them in both the hotspot and non-hotspot counties. Jaenicke admits it’s not a perfect method given such a short time lapse between the two sets of data, but he believes this technique should filter out a county’s existing wealth as a cause of the hotspot creation.

Jaenicke acknowledges that more research is needed to investigate how organic agricultural production in hotspots changes from year to year, as well as how these areas differ from one another. These are on his long-term to-do list, he says. In the meantime, OTA is hoping to use the data from this study to lobby state and local officials to support organic agriculture and provide additional outreach to encourage organic farming, which Jaenicke says is the top indicator for the creation of an organic hotspot. OTA’s hope is that this study will give lawmakers an economic incentive to transfer support from conventional to organic agriculture.

The U.S. Department of Agriculture (USDA) is inching in that direction, having increased its funding for the organic certification cost-share program from $22 million to $57.5 million between 2008 and 2014. It has also recently added about $20 million in funding to the Organic Agriculture Research and Extension Initiative. But those numbers are tiny compared to the overall amount the agency spends on conventional agriculture; for example it allotted $8.2 billion for crop insurance (which is awarded to large commodity producers) in 2016.

Reinhardt agrees that lawmakers should level the playing field between conventional and organic agriculture. But even with the release of this study, he’s not sure that the economic argument is yet a viable enoughone to induce that change—and he’s not convinced there needs to be an economic argument anyway. “We’re not in it just to make a buck,” he says of his organic farming colleagues. “It’s a community-oriented thing.”

Amy McKeever is a freelance writer based in Philadelphia. Read more >