Urban Farms Bring Us Together, but Can They Feed Enough of Us? | Civil Eats

Urban Farms Bring Us Together, but Can They Feed Enough of Us?

A new report digs deep to find out whether city agriculture can feed urban populations. 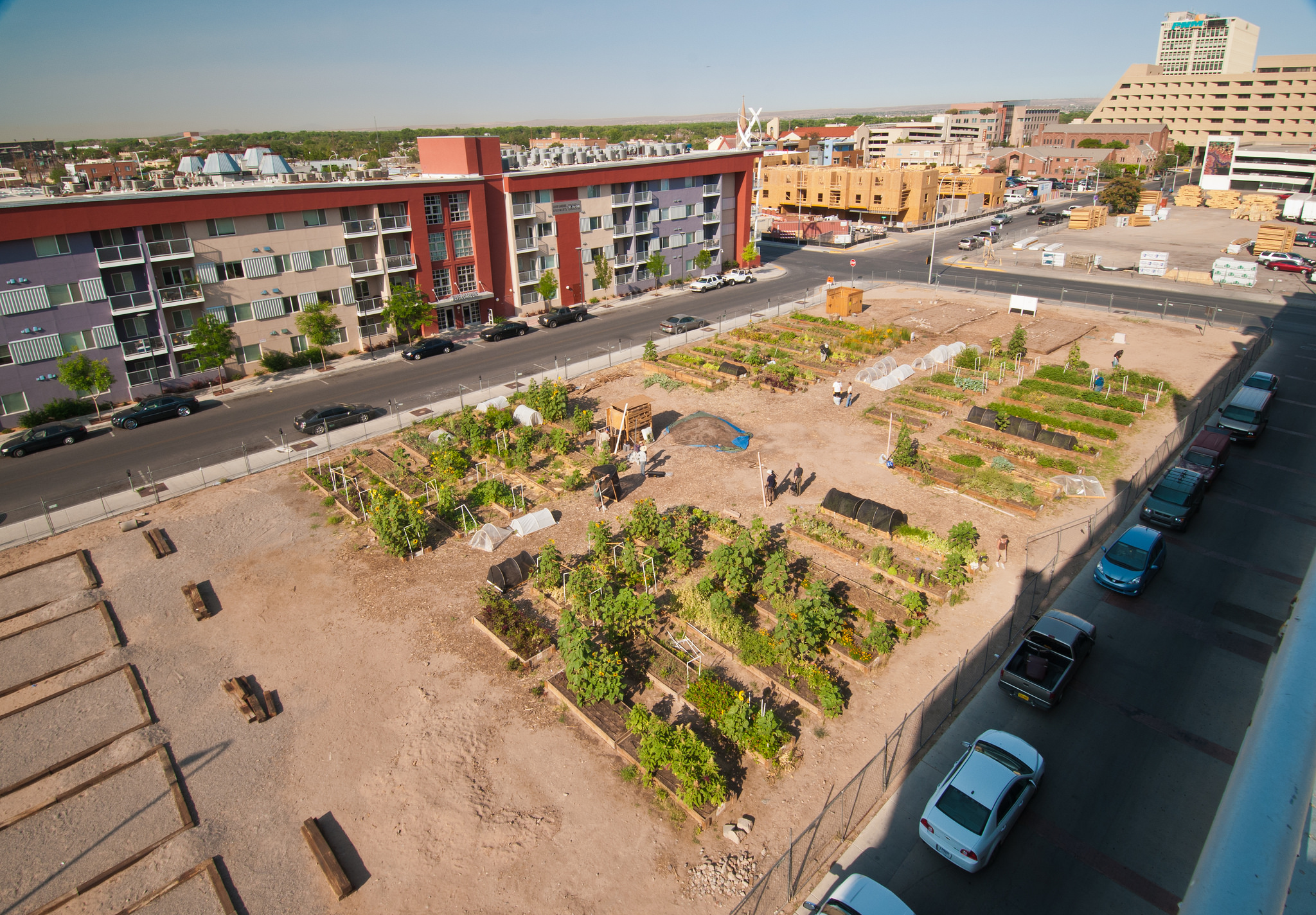 “Spaces that have gardens have a different atmosphere than vacant lots,” notes Anne Palmer, program director for Johns Hopkins Center for a Livable Future.

But are these farms good for more than turning urban blight into tomato blossoms? A new report suggests that many of us might be seeing the benefits of urban farming through rose-colored glasses.

Tyson Gersh, co-founder and farm manager at the Michigan Urban Farming Initiative in Detroit, has seen many of these benefits firsthand. The farm Gersh runs provides low-income residents and food pantries with fresh fruits and vegetables they probably wouldn’t have access to otherwise. Although the farm has produced more than 50,000 pounds on just one-acre of city land over the past four seasons, Gersh recognizes that is a drop in the bucket when it comes to how much food is needed by a city the size of Detroit.

“The real benefits of urban farming are engaging communities and revitalizing neighborhoods,” he says. “We can make a big impact on a small number of people but urban agriculture is not going to end hunger,” he says. “It’s not intuitive at all.”

Producing enough food to make an impact on the needs of urban dwellers is a big challenge of urban agriculture. On a global level, the Worldwatch Institute reports that up to 20 percent of the world’s food is grown in urban areas. But it’s unclear whether the U.S. will ever meet that number.

The Hopkins researchers point to one study in New York which found that transforming all suitable vacant land into urban farms would only yield enough fresh produce to feed between 103,000 and 160,000 residents—a small percentage of the city’s 8.4 million residents.

The other challenges cited in the report include a less efficient use of resources, poor soil management practices, and health risks associated with airborne pollutants, as well as the potential for food grown on urban farms to be sold outside the neighborhood or at prices local residents couldn’t afford.

“We often hear people saying, ‘We’re going to rebuild the city, create jobs, and feed people [through urban farms]’ and these things are, in my opinion, largely aspirational,” says Palmer. “It makes me uncomfortable that these groups are devoting a lot of energy and resources to something that might not be a panacea.”

Palmer also admits that this report is based on incomplete data. “It’s a new field and there isn’t a lot of data,” notes Che Axum, director for the Center for Urban Agriculture and Gardening Education at the University of the District of Columbia. “If we want to move urban agriculture forward, we need to engage farmers and collect data. Without it, the folks at the U.S. Department of Agriculture and other organizations aren’t going to fund or prioritize it.”

Palmer agrees. She insists that although the report found significant challenges with the model, it was not intended to discourage urban agriculture. In fact, she wants everyone, including those interested in starting urban farms, to understand the impacts—both positive and negative—of growing food in cities.

“We don’t want it to be the thing people point to and say, ‘This doesn’t work,’” she says. “Urban agriculture could be really important to the food system but we don’t have the information we need right now to measure that.”

Research aside, Palmer admits, “Growing food is such a powerful act. Growing your own food is transformative—and that is something I don’t think you could capture in any study.”