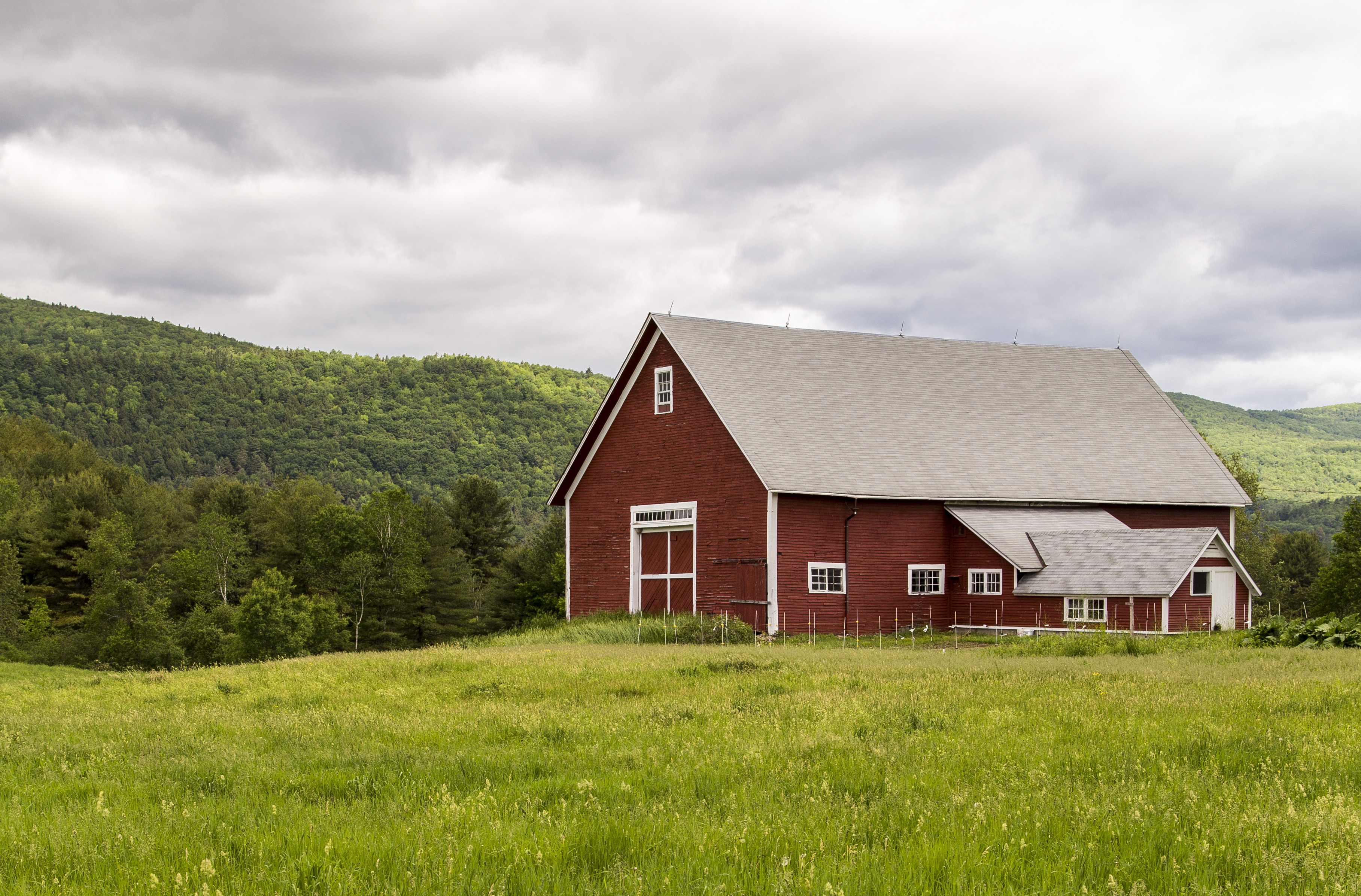 We’ve rounded up the food news you can use!

A new study found that rates of obesity among children have increased steadily from 1999 to 2014, and the numbers of children with the severest forms have risen most dramatically. In 2014, about a third (33.4 percent) of American children were overweight, with just over half (17.4 percent) of those kids counting as obese. Rates of obesity among all American children have risen from 14.6 percent in 1999-2000 to 17.4 percent in 2013-14. The percentage of children categorized with Class II and Class III obesity has risen steeply over the same period: From 4 percent to 6.3 percent for Class II-or-above obesity and from 0.9 percent to 2.4 percent for Class III obesity. Research published two years ago offered some hope, finding a large drop in obesity rates among toddlers, ages 2 to 5 at the time. But the authors of this new study say that decline is no longer evident. The lead author of the study, Asheley Cockrell Skinner, called the hike in severe obesity the study’s most disheartening finding, and said, “This is really a population health problem that will require changes across the board—food policy, access to healthcare, school curriculums that include physical education, community and local researches in parks, and sidewalks.”

Harvard researchers say Philadelphia Mayor Kenney’s proposed tax on sugar-sweetened beverages would bring major health benefits. Within a few years of the tax’s implementation, they predict that nearly 2,300 diabetes diagnoses would be prevented annually, and eventually, 36,000 people a year would avoid obesity. Additionally, over a decade, about 730 deaths would be averted, and close to $200 million saved in health spending. While most soda tax proposals around the country have emphasized projected health benefits, Mayor Kenney has instead focused mostly on the revenue it could provide for universal prekindergarten and other programs. Steven Gortmaker, a health-sociology professor at Harvard’s T.H. Chan School of Public Health, says a change in strategy may be “a smart move.” Many sugary-drink tax proposals around the country have been defeated after intense lobbying by the beverage industry, including two by former Philadelphia Mayor Michael Nutter.

Some big food companies that have spent years trying to convince consumers to eat more of their products are now trying to reverse course. Mars, maker of products such as M&Ms and Uncle Ben’s rice, said earlier this month that it would start labeling 5 percent of its global food products to indicate that they should only be consumed occasionally, due to being high in salt, sugar, or fat. Even McDonald’s is testing new, smaller sizes for its iconic Big Mac. Companies are feeling pressured by consumers and legislation that requires many food businesses to post calorie counts and label foods with high levels of sodium. Downsizing is the newest tactic major companies are using to fend off increasing pressure to cut calories and boost health in processed foods. Will Rosenzweig, dean and executive director of The Food Business School, says, “It has everything to do with survival. We’ve just reached a point where you can’t ignore that if you’re on the wrong side of this health and climate thing, you’re going to be in a declining business.”

Most Retiring Farmers in New England Have No One to Take Over the Farm, New Study Shows (American Farmland Trust)

A new study released this week by the American Farmland Trust (AFT) and Land For Good (LFG) found that nearly 30 percent of New England’s farmers are likely to exit the business over the next 10-20 years. In addition, 92 percent of New England’s 10,300 senior farmers do not have a farm operator under age 45 working with them, suggesting that the future of many of these farms is uncertain. Many of these farmers are unsure about how to find a younger farmer who can afford to buy their land. Older farmers who participated in the study all want to see their land remain in farming, though most see financing and future economic viability for young farmers as an obstacle. Chris Coffin, Policy Director for Land for Good and director of the study, said, “To keep this land and infrastructure in farming as it transitions, we will need better policy tools and increased support services to exiting and entering farmers.”

West Coast Farmworkers Gear Up for a Long Fight (Crosscut)

West Coast farmworkers are pushing for a massive boycott of Sakuma and Driscoll’s berries. Since 2013, Mexican berry pickers have staged repeated strikes at Washington farms owned by Sakuma, demanding higher wages and better working conditions, and the recognition of a group they had formed, Familias Unidas por la Justica (FUJ – Families United for Justice), along with a union contract. In 2015, workers from Baja Mexico to the Canadian border were involved. They have had limited success. Sakuma appears to be waiting it out. Currently, there are boycott committees in 41 cities, mostly along the West Coast, but also in Chicago, Detroit, and Washington, D.C., and the group is considering boycotts or strikes of agricultural sectors producing at least two other products. The question is whether FUJ will be able to convert their organizing success into broader sympathy from consumers. So far, they haven’t had any luck in convincing major grocery chains to join the boycott.

A new study published this week in the journal Scientific Reports examined more than 100 farm-raised and wild Atlantic salmon from Norway, Australia, Scotland, Canada, and Chile and found that half of the farm-raised fish had significant deformities in their ear bones, with the chances for this deformity increasing with age. All large farm-raised salmon (weighing more than 9 pounds) had the deformity in at least one ear. Fish with malformed ear bones may lose as much as 50 percent of their hearing sensitivity. What’s causing the deformities is not yet known, although the farmed fish do not appear to be born with them. Researchers speculate it could be triggered by their abnormally rapid growth rate. There could also be a genetic component. The study adds to the evidence that hatchery conditions are causing problems with fish.

Looking to tap into the public’s growing concern about the source of its food, yogurt giant Dannon has announced a new supply system. All the milk in Dannon’s yogurt will come directly from farms and two co-ops, and the suppliers will follow animal welfare standards set by a third-party certification company. Additionally, 40 percent of Dannon’s milk will come directly from seven family farms that have agreed to keep all genetically modified ingredients out of their animals’ feed. Mariano Lozano, chief executive of Dannon, said, “For the last many decades, we’ve had a system that encourages short-term efficiencies at the expense of soil health, animal welfare, and biodiversity. We want to play a part in changing that system.”

A new study funded by the National Institutes of Health found that sugar (fructose) may be doing widespread damage to our genes. The study is the first to examine all of the gene networks affected by fructose that result in changes to brain function and metabolism. Researchers say that when genes in the brain are disrupted by fructose, Parkinson’s disease, depression, bipolar disorder, and other brain diseases are all potential outcomes. The study also suggested that consuming more Omega 3 fatty acid DHA from sources like wild salmon may be able to reverse the effects of fructose-induced gene damage, at least in the short term, but researchers also point out that DHA isn’t a long-term antidote to the negative effects of eating a diet heavy in high-fructose corn syrup, and that reduction is a better option.

Walmart, the nation’s largest grocery, is reportedly phasing out the organic food brand Wild Oats to instead focus on bringing in store brand organic foods and fresh produce. The move indicates that Walmart has not yet figured out the best way to sell organic products to consumers and is still tinkering with the formula for how to do that. Target is also planning to transform its food category this year to better compete in the space. Walmart said some Wild Oats staples, like their jars of sauce, were selling well but that the brand just didn’t meet expectations overall.