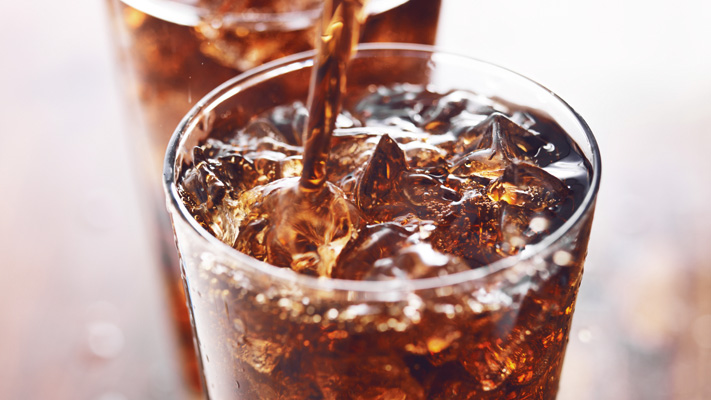 We read this week’s food news so you don’t have to.

On Wednesday, presidential candidate Hillary Clinton expressed support for Philadelphia Mayor Jim Kenney’s recently proposed soda tax. The proposed three-cent per ounce tax would raise an estimated four-hundred million dollars for the city over five years. The revenue would fund pre-kindergarten education. Bernie Sanders announced on Thursday that he is opposed to the tax. In a statement, Sanders said, “I do not support paying for this proposal through a regressive tax on soda and juice drinks that will significantly increase taxes on low-income and middle class Americans.” The proposal comes at a time when mounting evidence about the devastating health consequences of soda consumption have made soda companies a larger target for public health advocates. Mayor Kenney’s predecessor tried and failed to institute a similar tax, but the soda industry lobbied heavily—and spent mightily—to make sure that didn’t happen.

In other soda tax news this week, a group of Oakland city councilmembers joined the growing momentum of local politicians proposing taxes on sugar sweetened beverages. The proposed tax would charge an extra one cent per fluid ounce, similar to the measure passed in the neighboring city of Berkeley in 2014. Revenues from the tax—an estimated $6 to $12 million annually—would go to the city’s General Purpose Fund with the goal of funding health education programs and efforts to improve children’s health.

And in other soda news, PepsiCo CEO Indra Nooyi announced the company would be reducing its reliance on colas in its product mix. Instead, she said that PepsiCo (the makers of Mountain Dew, Gatorade, and Naked Juices) would reshape the product lineup to better reflect the growing interest in healthy eating. In fact, only 12 percent of global sales come from the company’s namesake soda, with a large percentage of the remaining sales coming from food manufacturers Frito-Lay and Quaker Oats. The announcement came on the same day the company reported a slight decline in earnings from the same period last year, due in part to the fact that consumers are drinking less soda. Both Pepsi and rival Coca-Cola have used new packaging to promote more profitable single-serving aluminum bottles and mini cans.

Taco Bell, a subsidiary of Yum! Brands, Inc., says it will eliminate human antibiotics from its chicken by early 2017. The announcement follows similar pledges from fast-food competitors, McDonald’s, Subway, and Papa John’s. The company says they’ve been “working with partners and suppliers since 2014 to identify an approach that both maintains the benefits of antibiotics while reducing the overall quantity used.”

Where You Live Affects Your Diabetes Risk (The Daily Meal)

A new study from the Union of Concerned Scientists examined the relationship between access to healthy food (in physical proximity) and its impact on rates of diabetes. The study shows a dramatic rise in Americans with diabetes. In the U.S., rates have increased nearly 400 percent over the past three decades. About 30 million Americans currently suffer from diabetes, and nearly 95 percent of these cases are type 2 diabetes. At this rate, nearly one-third of the population could be diabetic by 2050. The report concludes with suggestions on how to improve food access including, among others, bringing more fresh food into low-income areas and nutrition education for children and parents.

Last Friday, the California Agricultural Labor Relations Board, in a unanimous decision, upheld a 2013 decision in favor of farmworkers. The dispute between the workers and Gerawan, one of the largest fruit growers in the nation, dates back to 1992. At that time, the United Farm Workers claims they represented the workers, but were overpowered by Gerawan and therefore unable to produce a labor contract. The ruling alleges Gerawan gave favorable treatment—including wage increases—to employees opposed to unionization. The company hires thousands of people annually to harvest nectarines, peaches, and grapes in the Central Valley.

New rules from the Labor Department’s Occupational Safety and Health Administration would protect workers throughout the food chain from retaliation by their employers. According to the rules, workers cannot be fired or disciplined for disclosing information about food safety violations taking place within the companies where they work. The whistleblower protections will extend to employees of companies that “manufacture, process, pack, transport, distribute, receive, hold or import food.”

Tesco, the UK-based multinational grocer, announced it will no longer snip the strings from green beans imported from Kenya. Removing the tips of the beans was originally done as a convenience for consumers. Matt Simister, director for fresh food, says that it was customers desire to do their own prep that drove the decision. “We have listened to our customers who have told us that they want great-tasting, quality fresh produce over uniformed sizing.” The bigger story here is that the decision is expected to save more than 135 tons of edible crops from going to waste each year.