Permaculture is lesser known than organic agriculture, but it’s also growing in popularity. Can it scale up? 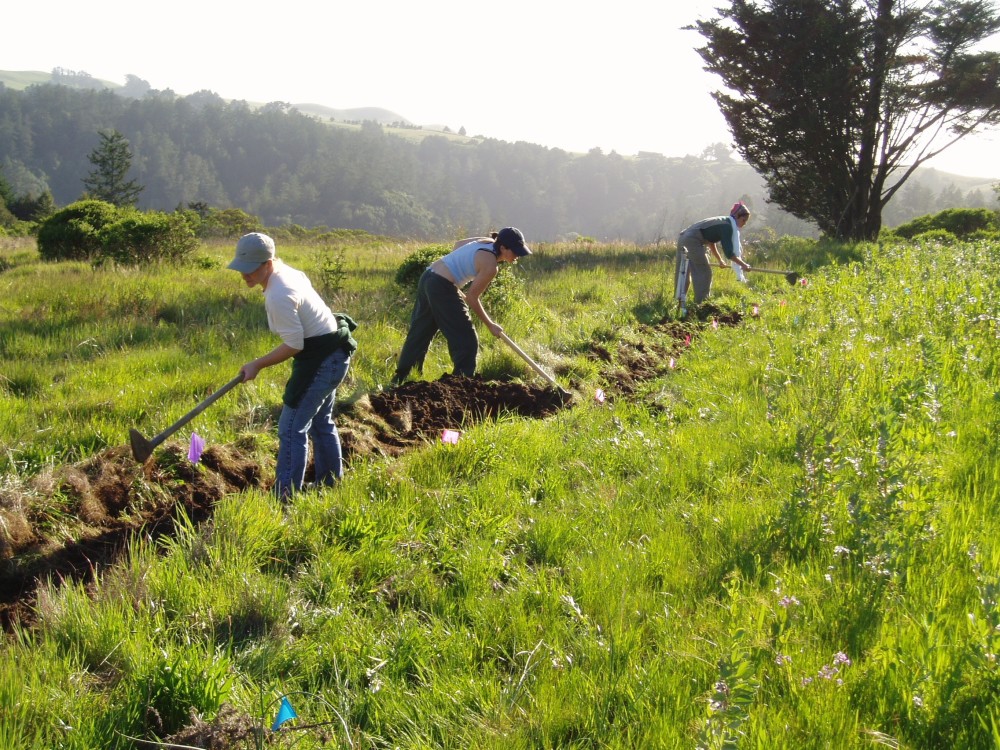 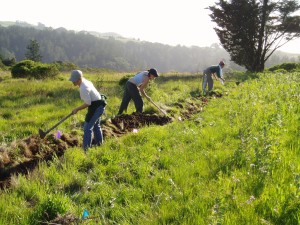 Most Americans have never heard of permaculture. And although the approach is gaining traction among U.S. urbanites (full disclosure: I teach urban permaculture), ideas differ about exactly what it is. An environmental philosophy? An approach to ecological design? A particular set of farming practices?

Some new and beginning farmers are also becoming interested, as evidenced by a recent discussion on the role of permaculture in agriculture at a gathering organized by the California-based Farmer’s Guild—a network for “the new generation of sustainable agriculture.”

But is it a viable approach for farmers? Can it scale up in the context of the larger U.S. food system?

To permaculturists, the approach is much more than a synonym for sustainable agriculture. Speaking at the California Farmers Guild event, ecological landscaper Erik Ohlsen described permaculture as a way to create a “permanent culture” generally, applying it to food systems, but also to shelter, energy, and technology. This new culture, those like Ohlsen claim, can be consciously designed to meet human needs while respecting and regenerating the non-human environment, by following a set of nature-inspired “design principles.”

Bill Mollison developed the concept of permaculture and its principles in the 1970s, based largely on his studies of the practices of indigenous peoples. The principles include tenets like “use small and slow solutions,” “use and value diversity,” “creatively use and respond to change,” and “use and value renewable energies.”

Over its 40-year history, permaculture has spread as an evolving, experimental practice. The philosophy holds “earth care,” “people care,” and “returning the surplus,” as key defining ethics. The design process and strategies are taught through “Permaculture Design Certificate” (PDC) courses—an intensive 72-hour curriculum akin to an environmental science survey course.

The techniques, though, are what most people identify as permaculture. These include “food forests”—orchard-like systems of production with multiple layers of productive plants that emulate a forest ecology, “swales”—on-contour ditches dug to encourage rainfall to slow down, spread out, and sink into the soil, and “perennial polycultures”—planting plans for farms that encourage greater diversity than the monocultures of annual crops typified by modern industrial farms.

But permaculture doesn’t mandate exact techniques and forms of farming. Rafter Sass Ferguson, a researcher with the University of Lisbon who has studied permaculture farms in the U.S. and around the world, says that the 120+ farms he has corresponded with and visited for a recent study didn’t fit a set mold.

“[They] were incredibly diverse in their livelihoods, production systems, size and scale, age of the farm, age of the farmers, and so on,” Ferguson said. Though some of these farms used the formal permaculture design process, he noted that “many used the permaculture conceptual tools in a much more on-the-fly and ad-hoc way.”

The formal design process would start with site-specific information gathering and observation, and then use this data to inform design choices that produce yields while supporting the three ethics (“Earth care,” “people care,” and “returning the surplus.”)

Ad-hoc, though, is what Paul Oscar Hamilton, of Greenhearts Family Farm, prefers. He says he was inspired to become an organic farmer when he visited permaculture farms in New Zealand. But he farms like many organic farmers do, in “straight line row crops,” rather than following full permaculture design, because he says the incredible health of him soil allows him to.

Hamilton argues that permaculture is more difficult for many farmers to integrate than organic because “permaculture is slow and round.” The focus on perennials, for example, may take more time to get a production system going. In designing according to a farm site’s topography, permaculture might prefer on-contour planting to straight lines, which might make tractor work more challenging.

Some farmers implement permaculture principles because they make sense, but have never heard of the approach. What linked the farmers Ferguson studied, he says, is that “permaculture motivated them to create and maintain highly diverse, productive, and multifunctional landscapes.”

However, not all farmers or farmer advocates are fully convinced that permaculture is useful as currently taught and practiced. Permaculture advocates have been accused of being big on theory but unrealistic in practice—especially for farmers who rely on a consistent, marketable product and income. 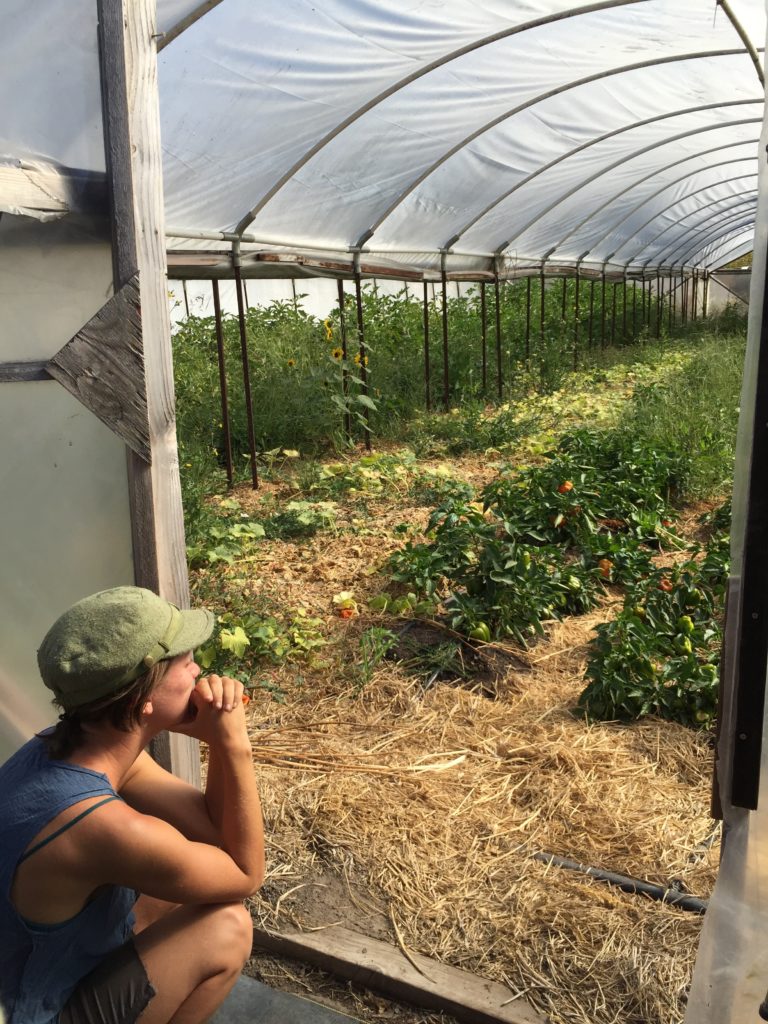 Evan Wiig, director of the Farmer’s Guild, finds that permaculture theory can be quite distanced from the concerns of the farmers he interacts with regularly. He’s encountered too many “well-intentioned 20-somethings” (mostly urban) who have taken permaculture design courses, but have little real world farming experience.

The challenge, Wiig says, are the “constraints on professional farmers that exist beyond production techniques,” to which permaculture pays too little attention, like land access, food safety regulations, labor costs, global competition, and fickle markets.

Hamilton agrees that farmers practicing permaculture will likely have a harder time earning a consistent profit, especially as long as “the larger forces of corporate farming, mega landowners, and entrenched supply chains have too much momentum.” Still, he thinks permaculture could be a “reasonable niche approach” for “small-scale, urban farmers’ market gardeners.”

Aside from his misgivings, Wiig finds permaculture “full of potential” when it comes to inspiring a new generation of change agents. “If the current stewards of over two billion acres of American farmland were to adopt permaculture principles, our environment, food system, and society would experience a necessary shift towards resilience,” he says.

So what prevents permaculture’s greater adoption?

Industrial farms dominate U.S. production value, thanks in part to the federal subsidies they receive. Large farms also benefit from economies of scale. The labor intensiveness of small farm production leads to higher prices, while the low prices of products from large industrial farms exclude the costs of negative environmental and social “externalities” caused in their production.

Because of these difficult political and economic circumstances, University of Lisbon’s Ferguson says, “Trying to develop (or transition to) diversified production such as permaculture is like trying to write a sonnet”—performing the diligent, thoughtful labor required by ecological farming—“while getting sprayed in the face with a fire hose.”

This “fire hose” of challenges caused by an unequal market playing field and a lack of policy support, then, challenges the survival and spread of permaculture-inspired farms.

Diversified and small-scale farms nonetheless persist, although their number is shrinking. According to 2012 Census data, over half of all farms (67 percent) rely on off-farm income to survive. And only 16 percent of small farms make the majority of their income from farming. Permaculture may not be proven to be economically viable in today’s farm landscape, but neither has small family farming of any sort.

Many small, farms survive by earning a diversified income. The farmers Ferguson studied earned their income from a mix of “production, value adding, material services like machinery repair or custom grazing, cultural services like education and design, and off-farm employment.”

Ferguson insists “there are great examples of permaculture farms making it work on production alone.” But, he adds, “farms like that will always be exceptional until we change policy.”

For the foreseeable future, permaculture farms will likely continue to operate on the economic margins of our food system. And until these farms face a more level playing field, they’re unlikely to scale up.

Photos courtesy of the Occidental Arts and Ecology Center.