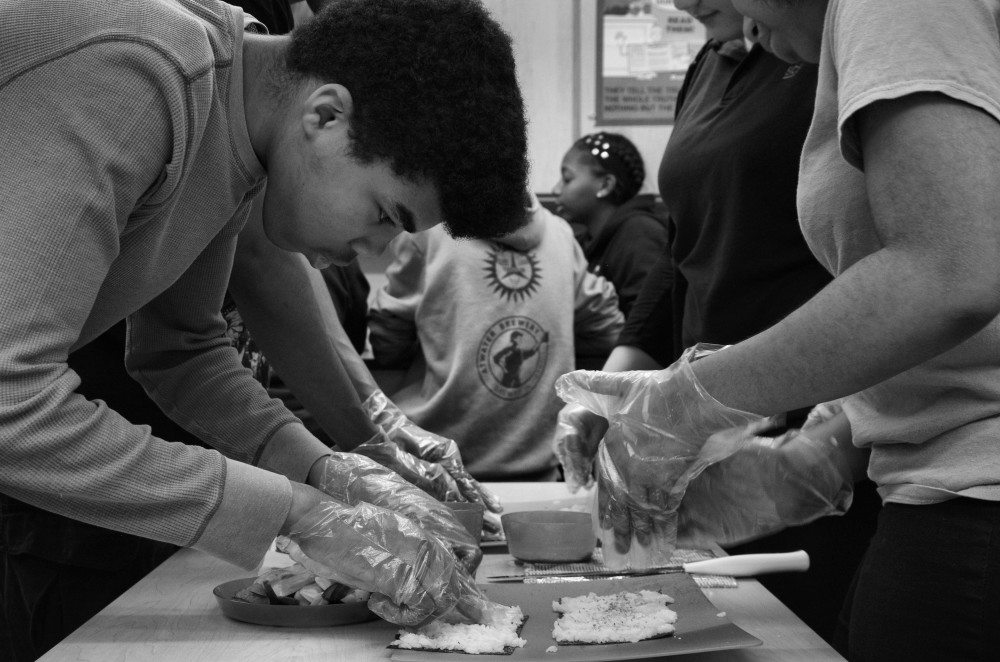 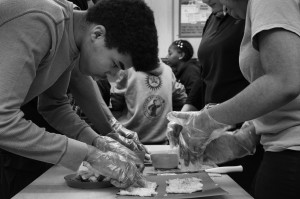 Nineteen-year-old Hassan Amaleki is on the fast track to a successful career in the food industry. By the time he graduated from high school in 2015, Amaleki had worked for a thriving food business, completed an entrepreneurial training program, and led the launch of a successful new product.

After completing the 25-week program, graduates earn a certificate in food entrepreneurship, and have access to a network of potential employers and an opportunity to enter a summer employment program. Best of all, the program is completely free.

The unemployment rate among Detroit youth is alarmingly high at 30 percent compared to the city-wide unemployment rate of 6.5 percent. While the DFA has only just begun to track the activities of their 800 graduates, they do know that of the 44 students who completed the past two summer programs, 90 percent were hired by their mentors or the DFA. That’s 40 young people with new jobs.

“That confidence our students are building is our main focus,” says DFA Executive Director Jen Rusciano. “Food is just the [most fun] way to do that.” Rusciano, along with Noam Kimelman and Amy Berkhoudt, founded the DFA at Detroit’s Cesar Chavez High School in 2011.

During the school year, the DFA runs as an after-school club that meets 1-2 days a week for a few hours. Hassan Amaleki joined when he was in ninth grade. “I found a program where I can make a whole bunch of different kinds of great food,” Amaleki says. “From then on I [thought], ‘wow this is a great program; I got to stick with it.’”

The DFA offers their program at eight high schools around Detroit, and around 200 students have joined the DFA this year. DFA staff use portable equipment to turn classrooms into kitchens for cooking demos and workshops. The meetings themselves are often driven by student interest. For example Amaleki loves preparing pasta dishes. “We always cook and we always eat,” says Rusciano. 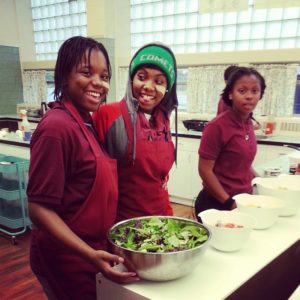 At the beginning of the year, the students use a budget to plan field trips. DFA students have visited Detroit’s Eastern Market, one of the largest historic markets in the country; D-Town farm, an eight-acre urban farm run by the Detroit Black Community Food Security Network; and small businesses, such as Sister Pie on the city’s East Side.

In the summer, the students work as interns with Detroit food companies, where they can pursue either a culinary or entrepreneurial path. “We try to walk the mentees through every aspect of running a business,” says Shannon Byrne, a DFA board member and the owner of Slow Jams in Detroit, where Amaleki worked. Byrne has been hosting DFA students since the program began. The students work with her on food production, selling at markets, sourcing ingredients, budgeting, inventory, and bookkeeping. Byrne sees the partnership as benefiting her business as well as the students.

“Teenagers come into an experience with a different perspective,” she says. “Some of the questions mentees have asked over the years really help you reflect on your own business and your values in your business.”

Students commit to one day a week with their food mentors. Amaleki learned to keep moving while at Slow Jams. “They taught me to get work done right away,” he says.

“We make it pretty clear that the students are there to both learn and help,” Rusciano says. “We only reach out to food businesses that have a triple bottom line vision, folks who see themselves contributing to the foundation of a broader community in addition to having a great business.”

In 2015, DFA launched Small Batch Detroit to give students more real world experience and to generate revenue outside of the grants that fund the program. Amaleki was part of a group of students that developed the DFA debut product called Mitten Bites, no-bake granola snacks with dark chocolate, peanut butter, and dried fruit. “We did a lot of research on it before we made it,” Amaleki says. “It’s something almost everybody has had before. Somebody’s mom or grandma made an energy bite that was also a snack.”

Mitten Bites have taken off. They are for sale at 30 locations, including the Eastern Market and Whole Foods. Once a week, Small Batch Director Jacob Schoenknecht, Amaleki, VISTA service member Margo Dalal and DFA students produce Mitten Bites in a rented commercial kitchen. The team recently doubled their production level from two batches of 600 bites each to four.

In addition to working in food, DFA graduates have gone on to pursue careers in fields such as education and nursing. And their experience with the DFA has given them an important head start. “It’s transformative,” Byrne says. “We can see the impact on all of the students that come through.”