After multiple efforts to roll back healthier school meal standards, it looked like a compromise had been reached in January. Now the House has rocked the boat. 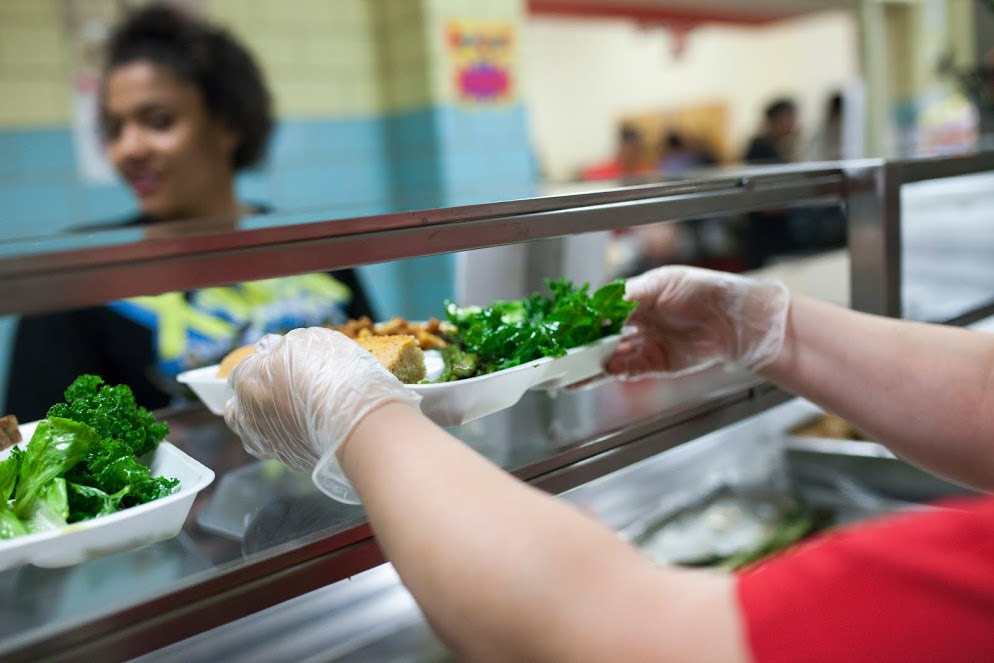 After what appeared to be a welcome truce in the multi-year battle over school meals, we may need to brace ourselves for a new round of fighting.

Here’s the background. Congress reviews and reauthorizes federal child nutrition programs every five years, and the 2010 Child Nutrition Reauthorization (CNR) made headlines for ushering in significant changes to those programs. Among many other provisions, it set new, greatly-improved nutritional standards for school meals, created meaningful curbs on school junk food sales, and made access to school meals easier for economically distressed kids.

But not long after healthier school meals started appearing on trays in 2012, the School Nutrition Association (SNA), the leading organization of 55,000 school food professionals, staged a revolt. Although it had initially supported the improved school meal standards, it cited increased costs and food waste in an aggressive effort to weaken them.  And it was that push for nutritional roll-backs, which found support among many House Republicans, which has been at the heart of an unusually rancorous and partisan school food fight ever since.

With the passage of the 2015 CNR already overdue, it looked as though a truce had finally been reached in January. The Senate Agriculture Committee managed to hammer out a bipartisan compromise that seemed to reasonably satisfy all parties—one that gave schools a bit more flexibility, but kept the improved nutrition standards mostly intact.

Margo Wootan, director of nutrition policy at the Center for Science in the Public Interest, lauded the deal for “balancing food service providers’ concerns with the need to ensure that school food continues to support children’s health, while protecting the $15 billion per year taxpayer investment in school meals.”

There was just one remaining question: would the House Education & the Workforce Committee choose to adopt the Senate compromise, making passage of the CNR in 2016 more likely, or would the committee rock the boat by offering its own proposed changes? Last Thursday, when a discussion draft of the House CNR bill first became available online, the answer was clear: the school food boat is officially rocked.

The 175-page discussion draft covers a myriad of provisions, but there are three facets of the bill in particular which could significantly impact school meals and student health. Here’s what you need to know:

1. It Takes an Anti-Science Approach to Nutrition

The most controversial school meal standards now require districts to boost whole grains and gradually reduce sodium, while requiring kids to take a half-cup of fruits or vegetables at lunch instead of it passing up. The House bill seeks to “review” (and likely significantly weaken) the whole grain standard and to further slow or even stall sodium reduction. But those nutritional roll-backs aren’t what have health advocates most alarmed.

Currently, the U.S. Department of Agriculture (USDA) is supposed to revisit nutrition standards every five years to reflect updates to the Dietary Guidelines for Americans. But the House bill would allow nutritional re-jiggering to take place every three years. Moreover, even though the current school meal standards reflect the Institute of Medicine’s evidence-based recommendations, the House bill would take a decidedly less scientific approach.

First, the bill seems to disinvite scientists and other health experts from the table by expressly seeking the input of stakeholders such as “school leaders, school boards, local educational agency administrators, and school food nutrition directors.” And while the bill does mention the need to consult health studies, it also allows other factors to enter into the calculus, such as whether serving healthier food results in increased food costs or a drop in student participation.

The upshot? If school administrators think kids are buying fewer school meals because their favorite unhealthy foods are no longer served, the House bill would allow those lost sales to justify lowering nutrition standards—even if the science strongly counsels otherwise.

2. The Junk Food Floodgates Could Re-Open

Before the 2010 CNR, two significant sources of junk food on school campuses were fundraisers and snack bar lines. Once the Smart Snacks in School rules went into effect in 2014, though, campus fundraisers have been restricted to healthier fare (except on so-called “exempt” days) and cafeterias can’t sell individual items from a meal, like pizza and fries, on their snack bar lines unless they were served as part of the school meal that day or the prior day. But the House bill would toss out both of those protections, essentially re-opening the school junk food floodgates.

3. Free Meals For Poverty-Stricken Kids Could Be At Risk

Finally, the House bill would also seriously undercut one of the most lauded innovations of the 2010 CNR, the Community Eligibility Provision (CEP), which allows high-poverty schools or districts to serve all students free meals without any burdensome paperwork. To be eligible for CEP, schools or districts currently have to demonstrate that at least 40 percent of their students are already certified for free meals through other federal programs (such as the Supplemental Nutrition Assistance Program) or because, for example, they’ve been identified as homeless, migrant, or in foster care.

In its first two years of nationwide implementation, CEP has been a remarkable success. According to a new report from the Food Research & Action Center (FRAC) and the Center on Budget and Policy Priorities, more than half of all eligible schools in the country are already providing 8.5 million impoverished students free meals without paperwork or stigma.

But the House CNR bill would raise the qualifying threshold from 40 percent to 60 percent. The move is arguably intended to keep free meals from going to kids who aren’t actually economically distressed, but in reality the change would harm those legitimately in need of assistance. Because that 40 percent threshold doesn’t come close to capturing all the impoverished kids in a given population, Politico calculates that bumping the threshold to 60 percent would mean that even “schools with between 65 and 96 percent of their students qualifying for nutrition assistance would likely have to drop CEP.”

The SNA, USDA, and anti-hunger advocates are united in their opposition to the proposal. USDA Under Secretary Kevin Concannon, who oversees all federal child nutrition programs, cautioned: would be unwise to roll back standards, saddle parents and school administrators with more paperwork or weaken assistance for our most vulnerable children,” while the SNA said it “strongly oppose[s]” the idea.

To be sure, not all of the House bill’s provisions would undercut the school meal program. For example, the bill has been praised by the SNA for providing districts with much-needed additional funding for school breakfasts, and, like the Senate bill, it preserves the controversial provision that requires kids to take a half-cup of fruits or vegetables at lunch.

Now it remains to be seen whether these two CNR bills, with their significantly different visions for school food, can be reconciled in Congress. Last week, Senator Debbie Stabenow (D-Michigan), ranking member of Senate Agriculture Committee, told Politico Pro that she predicts a deadlock that could further delay passage of the overdue 2015 CNR: “If folks do try to go backwards, there just won’t be a bill, I can assure you.”