All the News That’s Fit to Eat: BPA is Still in Cans, Whole Foods’ Move to Slow-Growing Chickens, and CA’s Minimum Wage Boost 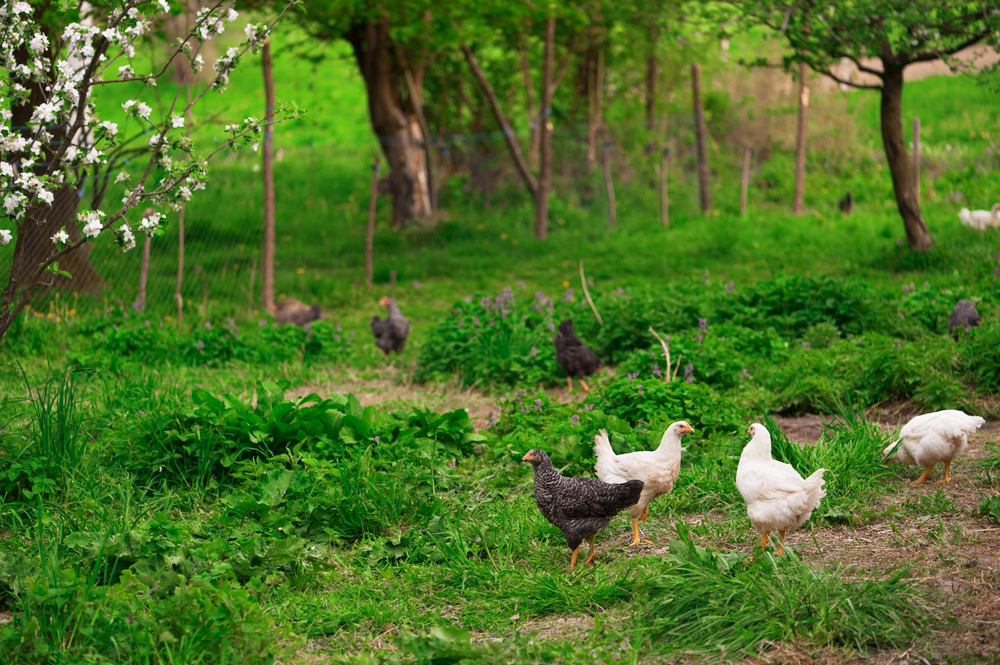 General Mills, Campbell Soup Co., Kellogg Co., ConAgra Foods, Inc., and Mars—companies that spent big to prevent GMO labeling—have all recently announced that they are adding GMO labels to their product packaging in order to comply with Vermont’s labeling law, set to go in effect on July 1. Earlier this month, the Senate blocked a bill that would have stopped states from implementing mandatory GMO labeling laws, leaving such disclosures to the discretion of manufacturers. Vermont’s law sets fines of $1,000 per day per product for noncompliance, and U.S. lawmakers are unlikely to derail the law before it takes effect. Pat Roberts (R-Kansas), the Senator who sponsored this month’s bill to stop Vermont’s law, and the Coalition for Safe and Affordable Food, which represents the food and biotech seed industry efforts to stop mandatory labeling, have admitted that the odds aren’t in their favor.

Soda Consumption Falls to 30-Year Low In The U.S. (Fortune)

Overall sales of carbonated soft drinks have dropped for the eleventh consecutive year in the U.S. as consumers seek beverage alternatives that they deem healthier, such as juice and flavored waters. Diet soda brands suffered the most due to consumers’ increasing skepticism of artificial sweeteners like aspartame. There were a few “winners,” though: Sprite and Fanta, brands owned by Coke, reported volume gains of 3.3 and 8.3 percent, respectively. Another beverage category that did well in 2015 was bottled water. Dasani, Aquafina, and Poland Spring reported volume increases ranging from 6.5 percent to 11.4 percent.

A new study found that stores in Manhattan selling more than a handful of organic products were overwhelmingly concentrated in wealthy neighborhoods, notably the Upper East and Upper West sides. Researchers visited 1,256 stores and checked whether each one sold organic, local, or conventional versions of 24 foods that are among the most common to be sold organically. Sixty percent of the stores did not offer a single organic item on the list, one-third offered 12 items or less, and only 5 percent offered organic versions of at least half of the 24 items.

Looking for Calorie Labels on Menus? Not Until 2017 (Associated Press)

The U.S. Food and Drug Administration (FDA) has delayed—again—the implementation of a law requiring calorie labels on menus, which was initially passed as a part of the Obama administration’s healthcare overhaul in 2010. The law requires restaurants and other establishments that sell prepared foods and have 20 or more locations to post the calorie content of food “clearly and conspicuously” on their menus. Menu labeling is already required in a handful of places, including Vermont, New York City, and Montgomery County, Maryland, and some companies (McDonald’s, Panera, Starbucks, and Au Bon Pain), have already put the labeling in place.

Supervalu, PepsiCo Pledge To Sell & Use Only Cage-Free Eggs (Consumerist)

PepsiCo and Supervalu are the latest companies to jump on the cage-free egg bandwagon. While Pepsi doesn’t use eggs in its sodas, the company is the second largest food and beverage in the world, owning brands like Tostitos, Quaker, and Frito-Lay and producing oatmeal, protein bars, biscuits, and cookies. Pepsi plans to use only cage-free eggs in its products by 2020 in the U.S. and 2025 globally. Supervalu, operator of brands like Cub Foods, Farm Fresh, Hornbackers, Shop ‘n Save, and more, also plans to transition by at least 2025.

Britain’s new soda tax has a slightly more complicated tax structure than Mexico’s, which went into effect in 2014, but the UK law might provide some incentives for beverage makers to offer healthier products. The tax won’t treat a full-calorie soda and a lightly sweetened ice tea in the same way. Sugar-free and low-sugar products, with less than around three teaspoons of sugar for a 12-ounce can, aren’t subject to any additional tax, while products with between three and five teaspoons will pay a lower tax. Products like a standard cola, with more than nine teaspoons in a can, will be taxed at a higher rate. Donald Marron, an institute fellow at the Urban Institute who studies tax policy, said the tiered structure could encourage companies to develop innovative drinks for the lower-tax category. In other soda tax news, Philadelphia Mayor Jim Kenney hopes to pass a 3-cent-per-ounce tax on sugary drinks as a way to help pay for universal pre-K in that city.

A century ago, a typical chicken took about four months to grow to a weight of three pounds, but today’s broiler chickens grow to twice the size in half the time. The result? Americans are eating more chicken, but animal welfare activists say the birds are suffering, in part because their legs can no longer support their body weight. Now, Whole Foods has announced it wants all of its suppliers to shift over to slower-growing breeds. The shift will take eight years, and will apply to 277 million birds annually—about 3 percent of the country’s broilers. Theo Weening, the global meat buyer for Whole Foods, says the slow-growing bird “is a much better, healthier chicken, and at the same time it’s a much [more] flavorful chicken as well.”

A new study says Bisphenol-A (BPA), a controversial chemical used to coat metal packaging, is still widely used by Campbell Soup, Del Monte, General Mills, and many other big food companies, even though some vowed to discontinue its use. The study claims that 67 percent of the cans that it had tested contained BPA. Some groups say exposures to BPA leads to harmful health effects, including increased risk of cancer, infertility, and asthma. Campbell Soup, which pledged a few years ago to transition away from BPA, told Fortune that it has taken longer than expected, and some technical challenges have arisen. Amy’s Kitchen, Annie’s Homegrown, Hain Celestial, and ConAgra have all fully transitioned away from the use of BPA.

A Major Leap for the Minimum Wage (The Atlantic)

On Monday, California Governor Jerry Brown struck a deal among top legislators, labor leaders, and his Democratic administration to increase the state’s minimum wage to $15 an hour by 2022 for large businesses and a year later for companies with 25 employees or less. The deal is “the biggest victory yet” for the Fight for 15 movement, according to the campaign’s national organizing director. (The campaign is planning a day of strikes and protests exclusively targeting McDonald’s restaurants in dozens of cities on April 14.) New York Governor Andrew Cuomo is also hoping to raise his state’s minimum wage to $15 within five years, and sooner for New York City, where the cost of living is higher. If both states pass their proposals, more than 5 million minimum wage workers could see a raise, according to government estimates.