Beyond Talk: Searching For Real Solutions to Food Appropriation

The Sporkful’s latest series makes a valiant effort to take a deeper look at 'other people’s food.' But some critics say real change will take more than conversation. 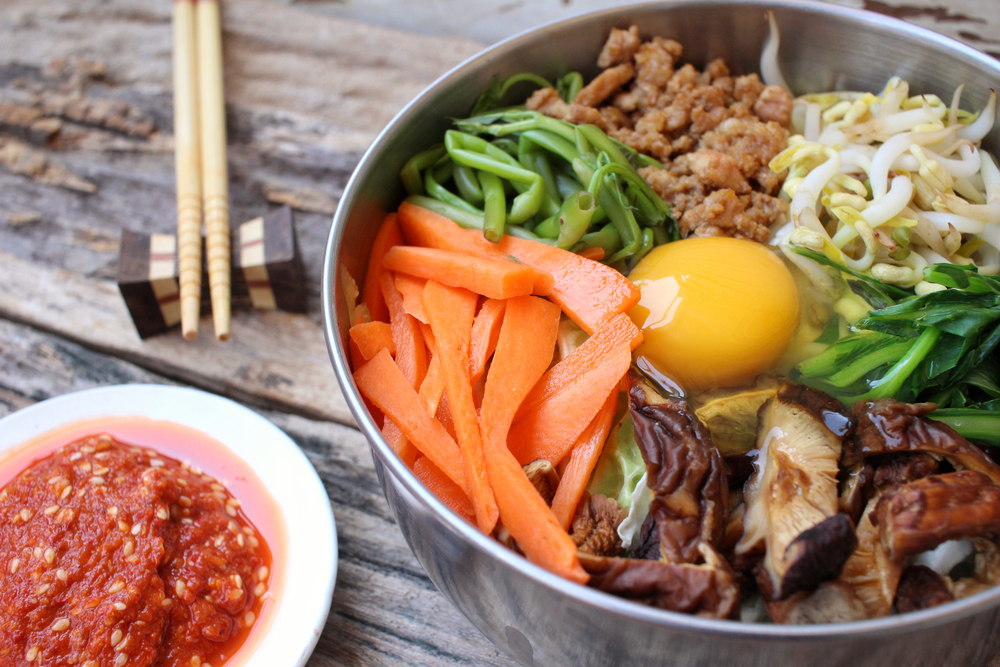 Last week, many in the food world took notice when WNYC’s The Sporkful launched a series of shows called “Other People’s Food” exploring how food, culture, and identity overlap. The question Sporkful’s host Dan Pashman asked a number of chefs, academics, and home cooks was: “Is it okay to cook other people’s food?”

After hearing from a Korean-American listener who was offended by Pashman’s idea to make traditional Korean Bibimbap by heating it in a Bundt pan-shaped stone pot, Pashman decided to dig deeper into the realm of cultural appropriation and race, an area where he admits he had some learning to do.

“As a white guy from the suburbs in New Jersey, it was just hard for me to understand why some issues were sensitive to other people, which seemed to me relatively innocuous,” he said in a recent phone interview.

So Pashman invited a group of folks to discuss cultural appropriation in the kitchen, including well-known chef Rick Bayless, a white chef from Oklahoma known for his successful line of Mexican restaurants; Krishendu Ray, New York University professor and author of The Ethnic Restaurateur; Brooklyn Delhi owner and blogger at the ABCDs of Cooking Chitra Agrawal; and podcast host and author of Up South Cookbook Nicole Taylor.

“I’m not breaking any news to say that race and culture have been at the forefront of the discussion lately,” Pashman said. So, he thought, “maybe we could have a different approach to that conversation by starting with food.”

The conversations have certainly been revealing and provocative. In one pivotal, much-talked-about moment, Bayless admitted that he has never thought much about his white privilege. In another, Pashman spoke with Perez about her food memories while growing up in the Puerto Rican section of Williamsburg, Brooklyn. When Perez voiced her annoyance with those who ask, “Do you still eat rice and beans?” Pashman, who is Jewish, said he wouldn’t feel offense if someone asked about him eating gefilte fish. “Maybe it’s because you’re not a person of color,” Perez replied.

At the Greene Space event, Pashman told the audience that he wanted to further the conversation and didn’t expect to find a solution. But the series has also left some listeners and participants wanting more.

And it’s certainly not the first time these issues have been raised. In 2012, Francis Lam explored the question of privilege and cultural exploitation in top restaurants for the The New York Times. And others have discussed the notion of culinary colonialism, such as in the scholarly works of Lisa Heldke, or in the school cafeteria, as with students of Oberlin College accusing some dishes of cultural appropriation. Just last week, a restaurant review on the blog The Infatuation was taken down after people took offense to its classic stereotypes of Chinese food as dirty and unappealing. And food historian Michael Twitty wrote an open letter to Charleston restaurant owner Sean Brock on his representation of gullah cuisine as seen in an Eater article.

In one segment of the live event, Pashman projected images from popular media—such as the scene in Indiana Jones and the Temple of Doom in which an Indian villain is depicted eating monkey brain—and asked the panelists and audience members, “Is this racist?”

But, as some see it, the alternative to simply asking that question—is this food racist or not?—would be taking a closer look what’s at stake. Who stands to lose or gain from that assessment? And what are the solutions that might advance us toward greater equality and justice in the food arena?

“Dan has a huge platform on WNYC and he’s pushing the conversation along,” said Nicole Taylor on the phone. She named a number of white chefs who she says have respectfully and artfully studied Southern cooking. But added, “I think you have to be a true student of it and acknowledge your privilege in doing it. Can you do it well? Of course. I think [Pok Pok’s] Andy Ricker can do a good job [cooking Thai food]. Can somebody’s Thai grandmother cook better? Probably.”

Brooklyn Delhi’s Agrawal feels that many people’s assumptions about the roles white chefs play in the modern food world is outdated. While chefs like Bayless and Ricker are often seen as “translators,” she told Civil Eats, the larger question is whether or not these cuisines need to be translated.

“In this day and age there are people who grew up here, who understand the cuisine on this very personal level, and also understand how to communicate that to an audience,” said Agrawal. “The concept kind of takes a page from, ‘Let me break down these people’s food because they’re in the back grinding flour in a hut.’”

It’s also clear that the question of media representation might be just as pressing as the cooking itself.

For example, while Taylor points to the fact that she has “talked ad nauseam for the last seven years about this,” on her radio show Hot Grease, she’s disconcerted by the fact that “it’s Dan Pashman, a white person, amplifying this whole food and race thing.” Real change will come, she says, when there are more young Black folks in the publishing world, in the podcasting world, and in test kitchens in major magazines.

Agrawal agreed. “Each of these creative outlets are helping to tell the stories of these cultures. So it’s, like, who are the gatekeepers who allow the stories to be told? And then, once the gatekeepers allow it, is it told correctly?” She extended her thinking to the business end of food, and said, “Even at food conferences, a lot of times the panels aren’t as diverse. And this plays into who invests in food companies.”

Of course, there are many reasons why food has seen limited representation of people of color. One is that immigrant parents who have children in the U.S. want their children to succeed, and that means, more often than not, discouraging careers in food. Whether for reasons that are cultural or simply financial (since most restaurants, after all, fail), first-generation Americans often feel they owe it to their parents’ struggle to aspire for more.

Then, there are other reasons. Take, for example, blatant racism and exclusion of Black employees even at high-profile restaurants such as those owned by celebrity chef Paula Deen.

But all that has been changing. In various fragmented mentions in the media, such as a recent The New York Times’ piece on young Chinese-American chefs reinventing their cuisine, many young people of color are coming into their own in creative culinary pursuits in the U.S. Agrawal mentions pioneering Indian American filmmaker Nisha Ganatra as an inspiration. “It’s only a few who are taking chances and following their creative pursuits,” so far, she said.

And it’s not that a range of people haven’t been discussing food and race. Taylor cited Jessica B. Harris, a leading scholar of Black foodways who has been talking about food from the African diaspora along with other Black writers and podcasters like herself.

Wilson Tang of Nom Wah Tea Parlor shared his struggles with his parents’ expectations of him as a first-generation Chinese chef on a panel discussion at last year’s Food Book Fair, an annual food media conference in Brooklyn. Over the last few years, the conference has typically held at least one discussion about race and culture, such as last year’s “Food and Empire” panel, which was moderated by Civil Eats contributor Evelyn Kim.

This year, Kim Chou, co-director of the Food Book Fair, hopes to make progress on those discussions by simply making the event more inclusive of non-white folks. “I feel like I’m constantly trying to remind myself to make it look more like me and other people who don’t look like the cast of Friends,” she said, on the racial make-up of the event.

Like Taylor and Agrawal, Chou says the goal is not to disparage white-lead conversations such as the one Pashman has initiated, but to make sure that the conversations initiated by people of color eventually get equal air time.

“It’s a very exciting time to see different people of color own their [identity] and own it without any apology,” Chou added. “Because it’s not about assimilating anymore.”