Grassfed dairy is popular, but is it all that it's cracked up to be? A new standard hopes to legitimize (and protect) the label. 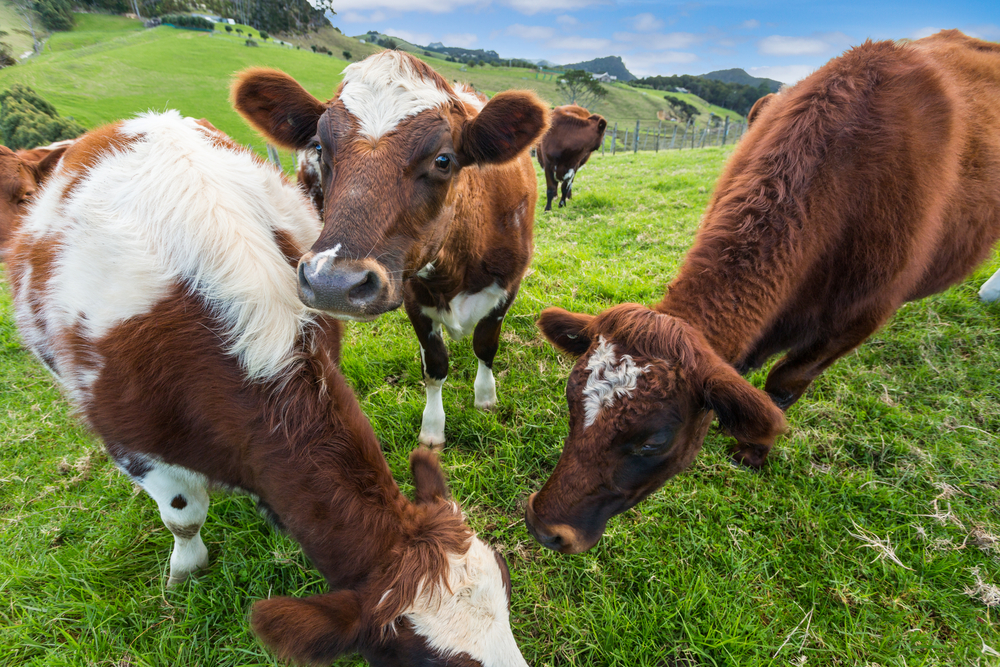 When Stonyfield Farm introduced its newest yogurt line at the beginning of 2016, a new seal was stamped on the cups next to the familiar mark of USDA Organic certification. It showed two cows munching on bright green grass in front of a sunny blue sky and read, “PCO Certified 100% Grassfed.”


First introduced in December 2013, Pennsylvania Certified Organic’s (PCO) Grassfed certification was the first third-party verification created to certify grassfed dairy products in the United States. Now, with bigger companies getting into grassfed dairy, the certification is picking up steam and it’s at the center of a larger movement to develop industry standards that support transparency for consumers and farmers who are committed to raising cows on pasture.

“I think ultimately it comes down to what people were asking us for,” said Britt Lundgren, Stonyfield’s director of organic and sustainable agriculture. “We saw that a lot of people are becoming interested in products that are 100 percent grassfed.”

There’s plenty of evidence to support Lundgren’s hunch. Whole Foods named grassfed products one of its top food trends for 2016, and companies that use grassfed dairy (and meat) are growing rapidly. After reaching a billion dollars in sales in 2015, Organic Valley credited much of its recent success to its Grassmilk products. 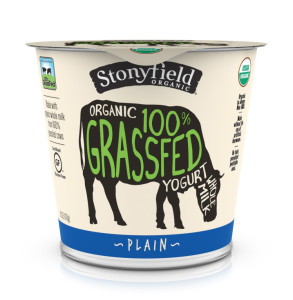 On a broader level, the International Food Information Council Foundation’s Food & Health Survey for 2015 found that an increasing number of Americans are concerned with how their food is produced, the sustainability of their food choices, and getting enough omega-3 fatty acids in their diet, all things with which grass-fed dairy is aligned.

“I think it’s becoming one of those buzzwords. It’s on the trend map now,” said Marilyn Noble, the communications director at the American Grassfed Association, which has been certifying grassfed meat since 2009 and now has a dairy-specific certification in draft form, set to debut soon. “Grassfed meat was there a couple of years ago, and I think it’s the next step.”

But despite the interest, there is no federal standard for what companies can call “grassfed dairy” and little to no regulation of the claims made on labels. One company may define “grassfed” as a diet that includes as much as 15 percent grain, for example, and a consumer would have no way of knowing the difference.

To make things more complicated, the standard that was in place for grassfed meat (and was still considered lax by many in the industry) was recently rescinded by the U.S. Department of Agriculture, (USDA), which said its Agricultural Marketing Service (AMS) “does not have authority to regulate those terms.”  Producers will still have to submit grassfed label claims to be reviewed, but the lack of a set standard means they can essentially define the term themselves, and many do so in different ways.

Consumer confusion around the term “grassfed” was a problem former dairy farmer Tim Joseph set out to solve shortly after he created Maple Hill Creamery, a grassfed dairy company that started with yogurt and has since expanded to cheese, and Kefir, with a source network of more than 52 grass-fed farms across New York state.

“When we first started in 2009, we were very specific on our label that we were 100 percent grassfed, and we knew what that meant—no grain, no corn, just foraged products through the year, grass in the summer and hay and other stored forage in the winter,” he explained. “We felt like it was very important that…consumers could feel confident that it wasn’t just a claim on the cup, but that it was real.”

Joseph approached Pennsylvania Certified Organic about creating a third-party verification, and the team saw the need in the marketplace and decided to take it on, said Amanda Birk, the director of education and outreach. “PCO has always been an innovator in organic certification in a lot of ways.”.

The certification is an extension of organic (producers must be certified USDA Organic first), and it extends from the farms to the factory. “The thing we’re looking at is to make sure the integrity is maintained throughout the process,” Birk explained. Since its debut, PCO has certified about 65 producers, including both farms and processors.

Of course, the PCO seal still represents just one standard, and Joseph and others in the industry wanted to push further, to create a national standard that consumers could recognize and count on. “We all want to operate under one umbrella for what grassfed means in dairy and display one seal across all products,” Joseph said. “Our hope is that with enough brands displaying a common seal across dairy and beef, we can actually create truth in labeling.”

To that end, the American Grassfed Association hosted a “Grassfed Dairy Stakeholder Meeting” in January, which brought all of these players, including PCO, Maple Hill Creamery, and Organic Valley, to one table to discuss what they perceive to be the growing threat of the term being co-opted by companies who are looking to cash in on the interest while misleading consumers about their practices and standards.

“Rapid growth of the grassfed dairy segment and the consequent proliferation of grass- and pasture-based claims pose a challenge for producers, retailers, and consumers in the dairy industry,” the group wrote in a statement about the meeting.

While demand for grassfed products is high, the system of farming poses many more challenges and is much more expensive than industrial farming, so the temptation to cut corners is high. For example, farmers are extremely impacted by weather patterns, since label like the PCO’s require them to maintain a healthy pasture for grazing (often in areas where it’s cold or dry for long stretches of the year), and then continue to feed the cows forage (usually hay) when grass is not available.

“Grassfed meat is losing its integrity,” said the American Grassfed Association’s Noble, when discussing the conversations that happened at the recent stakeholder meeting. “We want to keep that from happening with grass-based dairy … to establish a unified standard and keep that market integrity.”

After the meeting, two working groups were established. One is drafting a merged set of standards for further discussion and the other is looking at ways to “clarify options for market integrity.” And while the focus has been on delivering truth to consumers, all of the players emphasize that the lack of standards cheats farmers who are contributing to a healthy, sustainable food system via grassfed production.

Brick explained that when she visits farms on behalf of PCO to certify them, she’s almost always impressed by the farmers’ practices and dedication. “The folks that have been grassfed for a while, they tend towards more holistic management of their farms. It’s a fascinating benefit to our agricultural community.”