Eating Less Meat Could Save up to $31 Trillion | Civil Eats

Switching to a plant-based diet, says a new study, can not only reduce premature death and significantly reduce global greenhouse gas emissions, it could also radically cut healthcare and environmental costs. 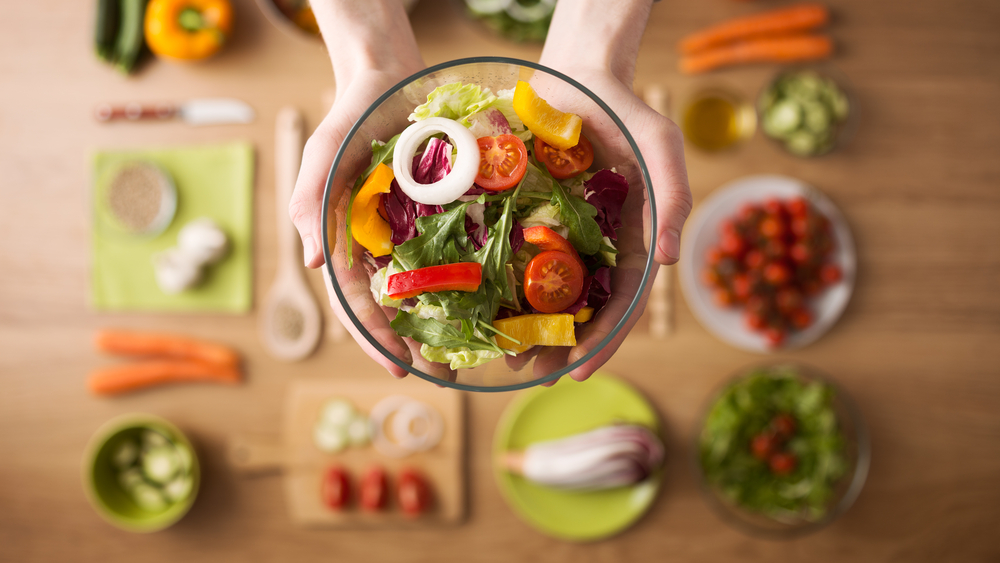 “Eat food…mostly plants,” Michael Pollan has written. Now, an Oxford University study out today confirms once again that this advice might not only extend our lifespans, but it also has huge repercussions for the planet and the global economy.

If everyone ate less meat and other animal products and followed guidelines already recommended for healthy eating—more fruit, vegetables, and whole grains and less meat, salt, and sugar—it would reduce global mortality by up to 10 percent and reduce food-related greenhouse gas (GHG) emissions between 29 and 70 percent, based on predictions for the year 2050, write Marco Springmann and colleagues in their paper published today in the Proceedings of the National Academy of Sciences. And, for the first time, they have directly linked what people eat to both health and environmental outcomes and the economic costs of those outcomes.

Making these changes, the study estimates, could also save up to $31 trillion, thanks to fewer damaging environmental impacts, reduced healthcare costs, lost work time, and premature deaths worldwide. In fact, the dollar value of these health improvements would be comparable to—or perhaps larger than—those of the environmental benefits.

But what Springmann, a post-doctoral researcher in Oxford’s Department of Population Health, and colleagues have done is look specifically at how much we need to reduce meat and other animal-sourced foods, and just how much more produce we need to eat to improve both the environment and our health. The study also shows how much eating patterns differ around the world and the varying degrees to which diets would have to shift to produce environmental and health benefits.

Livestock is Responsible for Most Food-Related Emissions

Right now, the global food system—producing, processing, and consuming food and the waste that occurs along the way—is responsible for more than a quarter of all GHG emissions. According to the United Nations’ Food and Agricultural Organization about 14.5 percent of worldwide anthropogenic GHG emissions comes from livestock production. Of those emissions, cattle—raised for both meat and dairy—release about 65 percent of the most potent GHGs (carbon dioxide, methane, and nitrous oxide).

According to the authors, if we keep eating as we do now, by 2050, GHG emissions will increase by 51 percent worldwide. If, instead, we all begin eating as the U.S.—and other countries’—dietary guidelines recommend, those emissions would drop by about 29 percent. Cut back on meat and animal products still more, and these greenhouse gas releases could drop by as much as 70 percent.

The biggest overall reductions in these emissions are expected to come from countries with developing economies, particularly in East Asia and Latin America. But the biggest per capita reductions would come from already wealthy countries—like the United States or those in Western Europe, where most people eat about twice as much meat per person and where current food-related GHG emissions are about 53 percent higher than those in developing countries.

Cutting Back on Red Meat Could Add Years to Your Life

It’s now well established that unhealthy diets and excess body weight are among the greatest current contributors to premature mortality. For example, one U.S. National Institutes of Health study found that if Americans with the most meat-heavy diets add just one red meat serving per day, over 20 years, it can raise their mortality risk by 13 percent. Add an extra daily serving of processed red meat, such as bacon, hot dogs, or sausage, and that jumps by 20 percent.

And last fall, the World Health Organization found that red and processed meat can also increase risk for certain cancers. While other factors play a role, reducing the fat, cholesterol, and the extra calories and sodium associated with high meat consumption are now considered key components of a healthy diet.

For their study, the Oxford scientists “used specific food groups” Springmann told Civil Eats. “Each additional serving of fruit and vegetables reduces chances of heart disease and diabetes,” he explained. “Add more meat and you go in the other direction. It’s almost linear,” he said. Such data, Springmann explained, is found in so many studies that it’s now “basically an agreed fact” that high fat, meat-heavy diets are associated with poor health outcomes.

The scientists found that shifting to currently recommended dietary guidelines would avoid about 5.1 million deaths per year. If everyone were to become vegetarian, that number climbs 7.3 million. If everyone became vegan, nearly a million more early deaths would be avoided.

Because people in wealthy countries eat about twice as much meat as people in developing countries, that’s where the greatest per person health benefits from eating fewer animal products would come in. About half of these lives would be extended by dropping meat consumption by at least 50 percent and increasing fruit and vegetable consumption by at least 25 percent. Reduced incidence of heart disease, stroke, certain cancers and type 2 diabetes would account for most of these benefits.

“The changes would have to be quite dramatic,” to do this, says Springmann. “Red meat would have to be halved in Western high-income countries and [overall] in East Asia by about two-thirds, and the same in Latin America.” To achieve the maximum benefits would also mean increasing produce consumption “about 50 percent globally,” he explains.

Meat production and consumption is increasing, as more people worldwide “seek to achieve a more Western diet with increased protein,” explains World Wildlife Fund chief scientist and senior vice president Rebecca Shaw. Meanwhile, in the U.S. and Europe, meat consumption is “flat,” she says. “Not so much because of changing diets, but because meat prices are going up,” partly because exports to developing countries are limiting domestic supplies.

For most people, Shaw explains, it’s still “a complicated message” to “connect the health of the individual with the health of the planet.” But studies like this one help make the case. “Putting a dollar figure on these benefits, we’re hoping will encourage policy-makers and individuals” to shift toward healthy eating, says Springmann.

Here in the U.S., we have a long way to go to reap those benefits. According to a recent Harris poll, about 36 percent of Americans surveyed said they eat at least one vegetarian meal a week. Yet only 10 percent said more than half their meals were vegetarian and only 4 percent of those surveyed ate no meat at all.

And we are not outliers. The study found that fewer than than half of all regions around the world are balancing meat and plant-based foods as dietary guidelines recommend.

“The take-away message we want to illustrate is how large those benefits are if you move to plant-based diets,” says Springmann. “We don’t expect everyone to become vegan, but the more plant-based you get, the more benefits there are.”