Several powerful agencies have recently disagreed about the health effects of glyphosate. Now, an independent group of scientists says the herbicide is probably carcinogenic. 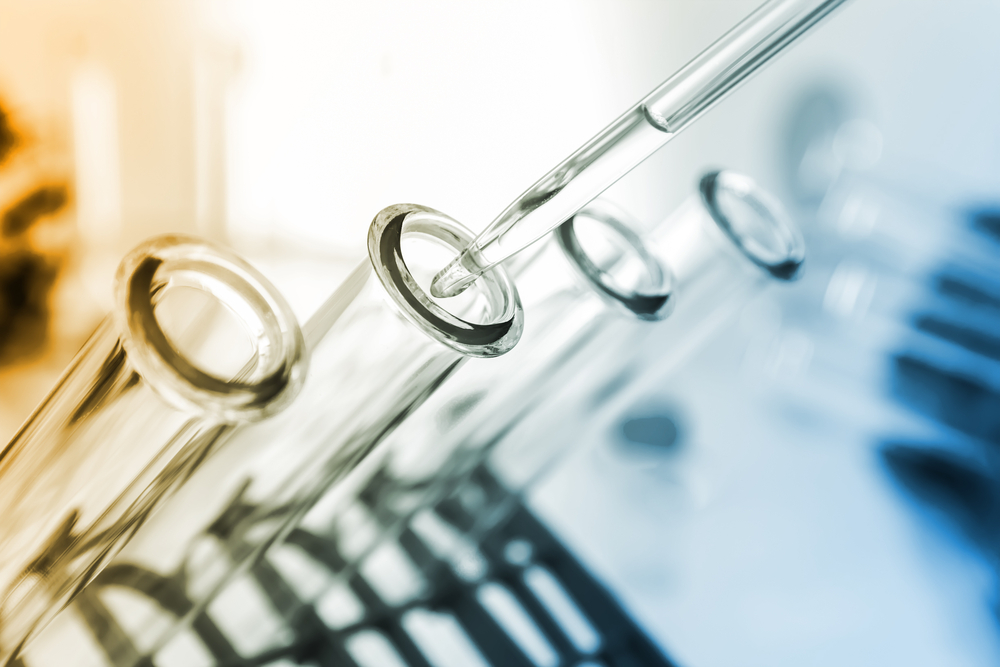 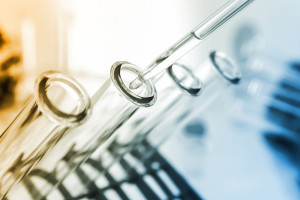 One year ago, an agency of the World Health Organization’s International Agency for Cancer Research (IARC) declared that glyphosate (or Roundup), the world’s most widely used herbicide, probably causes cancer. Then, in the fall, the European Food Safety Agency’s (EFSA) responded with an assessment that disagreed with the WHO’s findings.

In response, 94 scientists came out in support of the IARC’s original findings. This week, the group—which includes scientists from around the world—released their article in the peer-reviewed Journal of Epidemiology and Community Health saying:

The most appropriate and scientifically based evaluation of the cancers reported in humans and laboratory animals as well as supportive mechanistic data is that glyphosate is a probable human carcinogen. On the basis of this conclusion and in the absence of evidence to the contrary, it is reasonable to conclude that glyphosate formulations should also be considered likely human carcinogens.

And their endorsement is no small matter. In fact, as the U.S. Environmental Protection Agency (EPA) reassesses the safety of glyphosate, and the U.S. Food and Drug Administration (FDA) plans to begin testing food for its residue, this volley has important implications.

Glyphosate is applied to 89 percent of U.S. corn crop and 94 percent of the soybeans, as well as with dozens of other crops. Since the herbicide (and the genetically engineered crops that were created to withstand its use) is a core component of today’s productive but extremely harmful industrial farm landscape, the results of this debate could have far reaching consequences.

Why should we trust IARC’s determination that glyphosate is probably carcinogenic?

IARC is a highly respected and independent organization with stringent guidelines for an assessment of this kind. Its determination was unanimous and based on a comprehensive analysis of decades of research. The fact that it was quickly attacked by Monsanto, the largest producer of glyphosate, is no surprise. But the conclusion by EFSA that glyphosate is not carcinogenic is harder to understand, and has led to ongoing debate.

The article makes a complex but compelling argument in IARC’s defense. For example, the authors explain how EFSA unfairly discounted several good long-running epidemiology studies that showed higher-than-average levels of non-hodgkin’s lymphoma in farmers or farmworkers. They also argue that EFSA did not adequately account for the long latency period before cancer develops. In other words, lack of cancer in some studies is not compelling because they may have not been conducted for a long enough period of time. 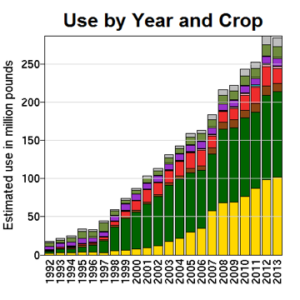 On a related note, the most dramatic increases in glyphosate use have occurred only in the past five to 10 years—not long enough for most cancers to develop. According to the U.S. Geological survey (see the chart on the right), we now use about 280 million pounds of glyphosate per year as of 2013, compared to only about 30 million pounds a year before genetically engineered crops were first commercialized 20 years ago.

The authors of the new paper also found that EFSA discounted or dismissed many studies that used test animals or lab-based studies published in peer-reviewed journals, despite the fact that they are the professional standard for science research.
Instead, EFSA relied heavily on research supplied by the pesticide industry that conforms to its internally vetted—but unnecessarily and excessively limited—experimental protocols. This process tilts heavily in favor of industry studies not always available to the public, contrary to accepted norms of scientific transparency.

The new paper also found that EFSA relied on statistical methods that unreasonably restrict and limit the value of important research, and run counter to accepted methods. When these and other biases imposed by EFSA were removed, the data strongly suggest that glyphosate is a likely carcinogen.

For all of these reasons, the 94 scientists deemed the IARC study to be a better analysis of the research data, and therefore ultimately more protective of the public.

How could this paper impact the EPA’s upcoming assessment? It’s tough to say. But when the EPA does publish a reassessment of glyphosate, it could have important implications for agriculture.

And, it is disconcerting that the EPA’s risk assessment process shares many of the same flaws that have seriously marred the EFSA risk assessment, including often discounting or dismissing epidemiological research and peer-reviewed toxicology data, and instead favoring industry supplied toxicology data acquired through EPA approved protocols.

Glyphosate, and the engineered crops that it is most widely used on, epitomize the agriculture system that is now dominant in the U.S. In addition to the potential for human health risks, especially to farmers and farmworkers, glyphosate use has decimated monarch butterflies by killing the only food source of their larvae.

And the tens of millions of acres of glyphosate resistant weeds that have emerged are leading to the resurrection of tillage practices that control the weeds, but often can lead to soil erosion. The solution of the pesticide industry to the epidemic of glyphosate resistant weeds is a new generation of crops engineered for resistant to older herbicides like 2,4-D, which will only increase herbicide use even further.

The EPA assesses the benefits of pesticides as well as their risks. If the agency determines that a pesticide provides important benefits, and that there are no good alternatives, it may be less inclined to eliminate or greatly restrict its use. But a robust analysis of alternatives to glyphosate must assess the inherent vulnerabilities of industrial agriculture to pests and the great environmental harm the herbicide causes. In examining the impact of glyphosate, the EPA should also look closely at the lack of crop diversity—and coinciding lack of landscape and genetic diversity—on today’s industrial farms.

Research shows that when farmers adopt systematic approaches based on agroecology, there are large, and multiple, environmental benefits. These include reduced vulnerability to pests, diseases, and weeds, and hence reduced justification for the use of herbicides like glyphosate, or other pesticides. Research also shows that these systems are more resilient to drought, providing higher productivity, and are practical and profitable as well. And both research and working farms are showing that these methods can work commercially.

But this kind of farming is also knowledge-intensive and requires experimentation. Most farmers who are used to simplified cropping systems are understandably reluctant to take the plunge without support. So we need to shift from subsidizing harmful industrial practices to instead provide farms with financial incentive to shift to practices that build soil, support biodiversity, and manage pests without relying on millions of pounds of glyphosate.

The EPA can help begin to move more farmers in that direction by thoroughly assessing both the risk and benefits of glyphosate and affirming the IARC assessment.