As a city full of gardening enthusiasts reels from newly-discovered toxicity, it’s clear that Americans have more questions than answers about their backyard soil. 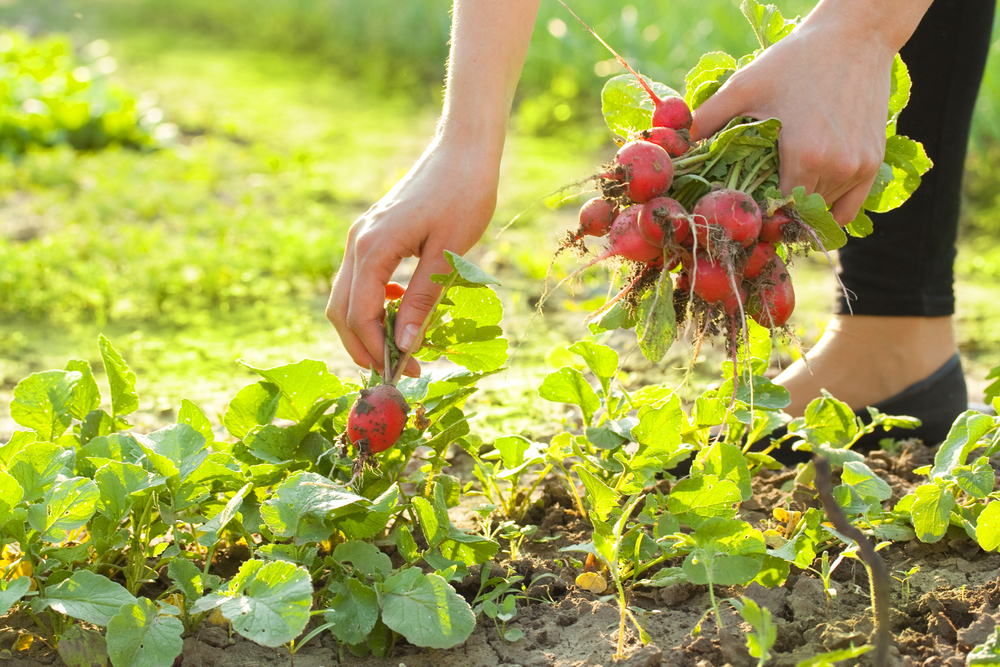 The news that toxic heavy metals have been detected at high levels around two glass factories located in residential neighborhoods has rattled the city of Portland, Oregon. These metals—primarily arsenic, cadmium, and chromium—are used to color glass and were found in moss samples collected around the city over the past few years and also in air sampling, the results of which were first made public early this year. (Update: New soil tests released this week show heavy metals generally low and garden soil and produce safe to eat, say Oregon health and environmental authorities. Thorough hand and produce washing are recommended and further test results will be forthcoming.)

A public furor has erupted over the potential effects of exposure to these metals, which are linked to diseases and health problems that include cancer, kidney, bone and nerve damage. Portland is a city filled with enthusiastic home gardeners and residents are asking: “Is my soil safe?” and “Can I eat the produce I grow?”

As testing around these factories continues, Oregon health and environmental authorities have admitted, “it is difficult to say for sure.” They’ve also recommended that people should avoid eating produce grown within a half-mile of the highest mapped metal concentrations until further notice.

While what’s happening in Portland has made national headlines and filled public meetings with concerned and angry families, home gardeners nationwide are asking questions about heavy metals in soil. Civil Eats spoke with several experts to find out what you need to know about keeping your garden safe.

Heavy metal soil contamination is “not uniquely an urban problem,” says Hannah Shayler, extension associate at Cornell University’s Waste Management Institute. But because cities have more concentrated human activity—buildings, vehicles, and industry—that does increase the likelihood of contamination, it’s worth taking steps to help ensure your soil is healthy. It’s also worth knowing something about how heavy metals behave and how these contaminants are regulated.

Do I need to get my soil tested?

Unfortunately, that’s a tough one to answer. Testing soil for heavy metals is costly and it’s likely that most urban soil will have some “background” level of these contaminants. There is also no single national standard to define acceptable levels of contaminants in soils. The U.S. Environmental Protection Agency (EPA) has guidelines for heavy metals cleanup at hazardous waste sites, but there is no equivalent for garden soils.

So, as the University of Vermont Extension has written, “It is not clear exactly what levels of heavy metals in soil are safe or unsafe.” As Tulane University School of Medicine research professor Howard Mielke notes, “We have a Clean Air Act and a Clean Water Act, but we don’t have a clean soil act.”

“We often work with gardeners with limited budgets and there’s often a tradeoff in how much money to put into testing,” says Cornell’s Shayler. Testing prices vary widely. In Portland, Oregon, for example, they range from $40 to $130 per sample. And most gardeners need more than one sample to get a good picture of what’s going on around their home and/or urban garden.

“I don’t think it is a cause for alarm for soil,” said Oregon Health Authority public toxicologist David Farrer of the glass factory emissions, explaining that the Department of Environmental Quality (DEQ) would soon be releasing results from additional testing of soil on public property. Many in the glass factories’ neighborhoods, however, feel otherwise.

What can I do to make my soil safer?

A number of official sources* recommend the following: Use raised beds deep enough to contain crop roots and maintain them with clean soil and fresh compost that’s free of pesticides or other hazardous chemicals. Keep the beds away from roof “drip lines” to avoid rainwater that may have picked up contaminants from roofing material. Make sure raised beds are not made with chemically treated wood–especially wood treated with heavy metals. If you’re concerned about contaminants in dust around garden beds, you can keep it down with hazardous chemical-free mulch, bark, stones, or wood chips.

“Container gardening, anything where you’re creating a barrier between potentially contaminated material” and bringing in clean material to grow in, is a basic healthy gardening method, says Shayler. And it’s “probably also more successful for getting a [good] yield,” she adds.

Asked about sidewalk strip gardening and contaminants from traffic, Shayler says she’d “love to see some research,” on that.

What about heavy metals in soil and garden produce?

“In general, it’s very common to find metal concentrations inside vegetables,” says Farrer. But these levels, he says, are much lower than what might be in the soil because metals bind to biological material in the soil and make them less bioavailable to plants and to people. Because of this, the only way for metals that have become bound to soil to get into your body directly is by swallowing a bit of soil, he explains. These particles don’t get absorbed through the skin, and when combined with soil, formerly airborne metal particles are too big to get into the lungs, Farrer adds.

Basic good hygiene measures such as washing hands even if you’ve worn gloves, making sure kids aren’t getting soil in their mouths, and avoiding tracking it into the house, will all help safeguard against soil contaminants in food, note Shayler and other “healthy” gardening experts.

For the food itself, washing and peeling works really well for most produce, Shayler adds. “Some leafy greens are hard to wash off and some soil particles could be incorporated into the plant tissue.” But she also explains that fruit or plants that grow from flowers, like tomato or zucchini are less likely than leaves to have taken up any heavy metals. Roots, like carrots and potatoes, are closer to the source of contamination and are therefore likely to have higher levels of heavy metals.

Plants can take up heavy metals but predicting when that will happen in urban gardens isn’t easy, according to recent research conducted by Shayler and colleagues. Their study measured heavy metals–including cadmium and lead–in urban garden vegetables and found lead levels the most likely to exceed safety limits and the most likely plants to be contaminated, leafy vegetables, such as lettuce, spinach, and perennial herbs, such as mint or oregano.

What about the health effects?

Exposure to heavy metals presents serious health hazards and children are especially vulnerable, given their developing brains and bodies and their eagerness to taste and touch. Children, says Tulane’s Mielke, are “extraordinarily sensitive.” He says there’s not enough research into exposure to soil contaminants so available information is limited. “You get the runaround with people saying it’s probably safe,” when it may not be, he says.

Are healthy gardening practices enough? Except in cases where contamination is very likely, no one seems prepared to say for sure. Also unanswered is the question of who should pay for this testing in response to identifiable industrial pollution sources.

Oregon DEQ says the next test results for will be available the second week in March and in early April.