The Plant-Based Foods Industry Gets Organized 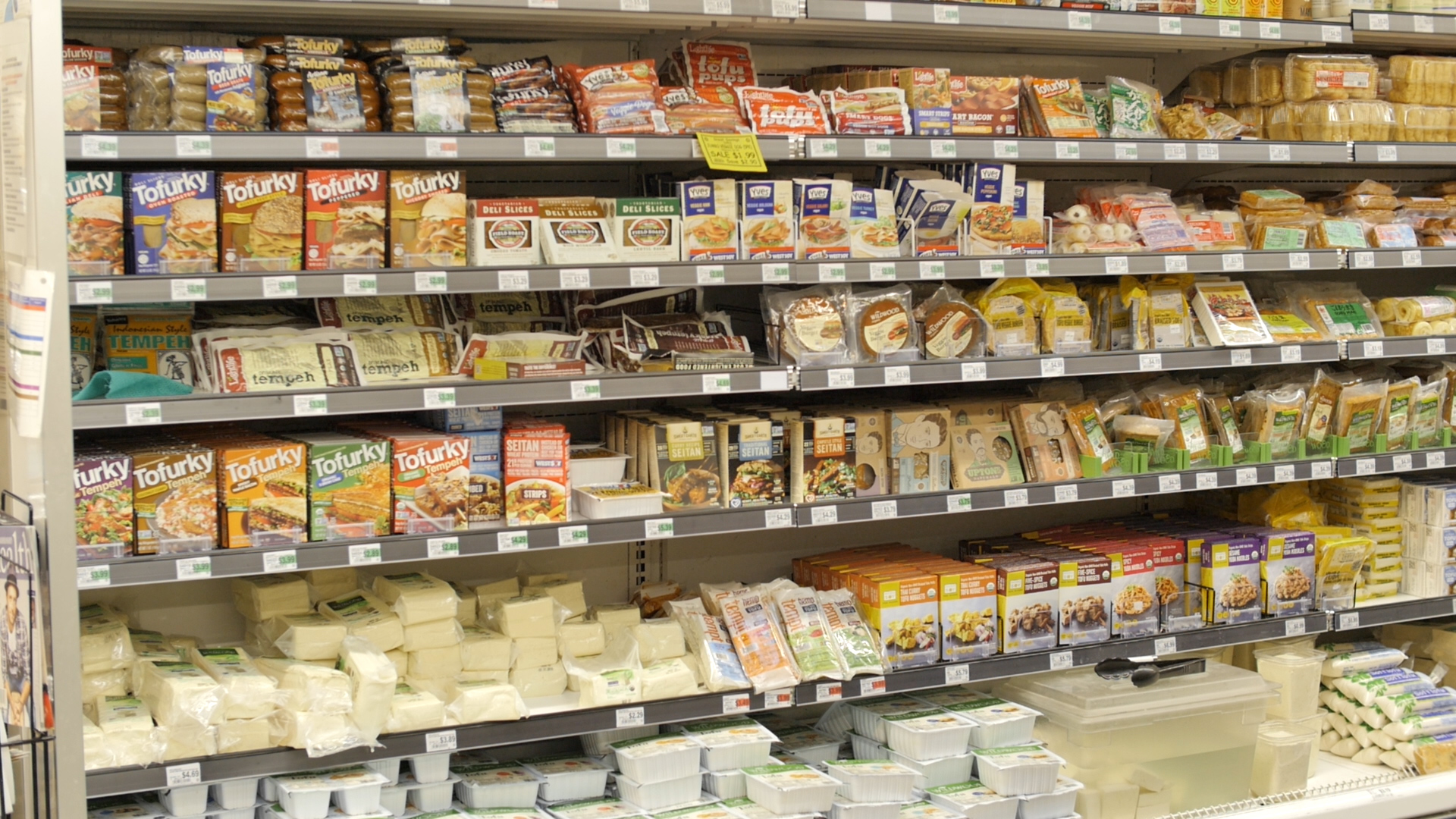 If you’ve noticed that the variety of meat and dairy replacements in your local grocery store has been expanding in recent years, you’re not alone. The trend toward plant-based protein is projected to grow to be take up as much as one third of the world’s protein market by 2050.

Now, there’s a trade group for the producers of foods like almond milk, veggie burgers, and vegan cheese. The Plant Based Foods Association (PBFA), which launched today, boasts 23 charter members, bringing together companies with a focus on producing meat, egg, and dairy substitutes. The effort is spearheaded by food attorney Michele Simon, and the founding board members are Daiya Foods, Follow Your Heart, Miyoko’s Kitchen, Tofurky, and Upton’s Naturals.

We spoke with Simon about the growth of the plant-based food industry, PBFA’s goals, and the challenges she sees ahead.

How did the idea for the Plant Based Foods Association come about?

I got the idea after a conversation with the CEO of a plant-based company that was facing some labeling challenges in California. I began noticing how similar companies had to use verbal gymnastics on their labels to comply with federal and state regulations. Then Hampton Creek’s legal battle with Unilever over the Just Mayo name spurred additional conversations about the challenges faced by innovative plant-based food companies.

This is a very exciting time for this industry. There is unprecedented interest in all things plant-based, whether it’s Taco Bell announcing more vegetarian items, investors putting significant money into startups, or Big Food companies like Pinnacle purchasing Gardein. This sector has matured to the point where it now needs to have a collective voice, both for promotional activities, and to advocate for policy changes to ensure its continued success.

This trade group specifically focuses on plant based versions of meat, eggs, and dairy. What guided that decision?

Other sectors of the plant-based foods industry are already well represented in Washington, D.C. For example, United Fresh represents the produce sector. The U.S. Dry Pea and Lentil Council represents legumes. But there was no collective voice for companies making foods to help Americans replace meat, eggs, and dairy foods in their diet.

Our planet is in trouble, and one of the biggest causes of climate change and environmental destruction is industrialized animal production. We need to use all the tools in the toolbox to help people reduce consumption of animal foods. While education about plant-based eating has been around for decades, it can be difficult for some to make the transition. How many people have you heard say they can’t give up cheese? These foods can help by offering consumers familiar flavors and textures, without feeling deprived. Also, the group will promote eating that encompasses the entire plant kingdom. That’s why we are in favor of dietary guidelines that encourage more plant based foods of all kinds.

What membership criteria have you established? Can companies join that also sell animal products?

The sole criteria for membership is either making or selling plant-based foods. Some of our current members are not exclusively plant-based, and that’s fine. One of our core values is to be inclusive and non-judgmental. If Wendy’s, which just started offering a black-bean burger, wants to join PBFA in order sell more bean burgers, great. That said, our bylaws aim to ensure that the majority of companies on the board sell exclusively plant-based foods, in order to maintain the integrity of our mission.

Is this their first time some of your members are getting involved in policy and advocacy?

Yes, one of the most important benefits of a trade group is the pooling of resources. Many of these companies—even those in business for a while—remain relatively small compared to much larger companies that can afford their own lobbyists. This new association is critical to giving companies a voice in D.C. that wouldn’t otherwise have one.

What are some current challenges specific to this industry?

Pricing is a very important factor. It’s no secret that the animal agriculture industry enjoys tremendous economic and political advantages in the marketplace, which means plant based versions of meat, eggs, and generally cost more. It’s an uneven playing field.

If the marketplace is operating as it should, then consumers should have equal access to all choices, but that’s not happening because government policy favors the animal foods industry. One of our goals is to create a more competitive environment. Another way to do that is looking at where these foods are placed in retail stores. For example, the plant based milk sector grew exponentially once it moved out from the health food aisle over to the fresh dairy aisle. Based on data we just released with SPINS, we found that non-dairy milks have enjoyed a 14 percent growth in total sales volume in the last two years.

We also want to look at food service, as there are opportunities for many of these companies to expand their offerings in schools, large institutions, and corporate cafeterias.

Do you foresee any pushback from the animal agriculture industry?

No, because we are not in a fight with anyone; this is simply about leveling the playing field to make these foods more affordable and accessible to everyone who wants to shift toward a plant-based diet.

What are PBFA’s goals in its first year?

Mainly to recruit more members, connect with potential partners, and build a solid foundation. Also, I plan to get to know the current members better and learn about their goals and challenges so that we can strategize the best solutions going forward. We also want to be mindful about diversity, in the broadest sense of the word, by reaching out to companies of different sizes and types, as well as those representing the gender and cultural diversity of this nation. The board also made sure that dues are affordable for smaller companies and start-ups. We really want to mentor the younger companies to help ensure their success. I am thrilled that several start-ups have already joined.

How about further down the road, over the next five years?

There are two broad buckets of activities. One is promotion and education; we’re looking for ways to expand opportunities in the retail sector, educating the general public about how delicious these foods are, and being a trusted resource for media. The other bucket is policy. Elizabeth Kucinich [wife of former Ohio Representative Dennis Kucinich], a strong advocate for healthy food and sustainable agriculture, is our D.C.-based policy consultant. In the short term, she will be relationship building and looking for opportunities to get engaged. For example, last month, the U. S. Department of Agriculture (USDA) held a follow-up listening session related to Dietary Guidelines for Americans (DGA). Elizabeth was our representative there and offered testimony on what the DGA process should look like for 2020.