Are Fertilizer Explosions Just Another Cost of Doing Business for Big Ag? 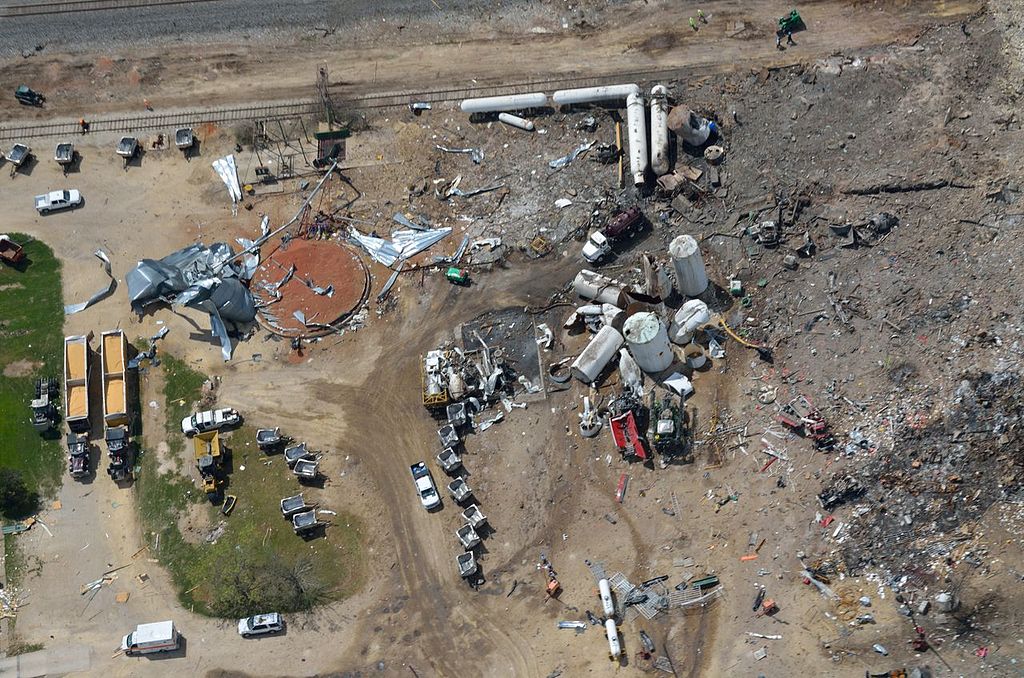 Three years ago, an explosion at a West, Texas fertilizer plant killed 15 people and injured another 260. In January, the Chemical Safety Board, the federal agency that investigates chemical disasters, released their final report. The conclusions are sobering: More than a thousand communities nationwide are home to similar fertilizer production facilities that store fertilizer-grade ammonium nitrate—the agricultural chemical that caused the deadly explosion, and there are 80 facilities in Texas alone. Vanessa Allen Sutherland, the chairwoman of the agency, told reporters: “It’s possible for another type of incident like this to happen.”

We’ve long heard from proponents of industrial agriculture—and the synthetic fertilizer industry driving it—that we need these products to feed the world. But is the risk of another West, Texas the price we have to pay for a well-fed world? More and more scientists have uncovered data that suggests it’s not.

Take the recent study lead by Professor John Reganold at Washington State University (WSU). In a first-of-its kind effort, researchers there have analyzed studies covering 40 years of data comparing the “long-term prospects” of organic and chemical farming. In a peer-reviewed article released last month in Nature, Reganold and his team made a strong endorsement of organic farming.

They wrote: “Organic agriculture is a relatively untapped resource for feeding the Earth’s population, especially in the face of climate change and other global challenges.” Organic systems are especially compelling, the authors note, when considering not only productivity, but also the environment, economics, and community well-being—the four pillars of sustainability.

What’s perhaps most important to note about these findings is what they tell us about feeding our growing population. Researchers looking narrowly at yield-to-yield comparisons found that organic production systems have lagged behind those of chemical ones in most cases. But that science was based on historic data.

And we can safely say the climate of 10 or 20 years ago is not the climate of today. With climate change will come greater extremes in weather and temperature—from droughts and floods, to unusual heat waves and cold snaps. And Reganold and his team found ample evidence that organic production fares better during these extreme conditions.

For one, the WSU study found that organic agriculture had yielded more food “in severe drought conditions.” This was the case in large part because of the “the higher water-holding capacity of organically farmed soils.” The authors also note that organic farms “consistently have greater soil carbon levels, better soil quality, and less soil erosion compared with conventional systems” and they can withstand flooding better as a result. Organic farming production is also generally more energy-efficient, the researchers found.

Keep in mind that the historic yield performance of organic systems is also a reflection of the knowledge and seed varietals of the past. Innovations in organic farming are ongoing and will certainly increase the performance of future organic farmers. Only a fraction of agricultural research worldwide goes toward organic agriculture. Investing in this research would reduce the yield gap.

The WSU team also notes that those comparing these farming systems should take into account the other costs of chemical farming, including the ones beyond the “field boundaries.” Biodiversity loss, environmental degradation, and water and air pollution are all associated with conventional farming systems, but are often not accounted for in the studies they reviewed.

What else is beyond those “field boundaries?” The industrial fertilizer supply chain. Widen the lens and you end up in places like West, Texas or any of the other 1,300 facilities that house potentially explosive chemical fertilizer components. Widen the lens even further and you end up at the industrial operations of BASF, Dupont, or other agricultural chemical producers. Places like Midland, Michigan, where Dow Chemical manufacturing has generated the highest levels of dioxin ever detected in waterways in the United States.

These manufacturers have a powerful voice on Capitol Hill. Trade groups like the Fertilizer Institute, whose mission is to “protect, promote and represent the fertilizer industry from the point of production to the point of use,” lobby to promote the industry’s interest in the Halls of Congress. In 2015, the Fertilizer Institute alone had a lobbying budget of more than $8 million.

The political influence of Koch Industries is also well documented, with millions spent to protect its business interests; Koch Fertilizer manufactures and distributes more than 13 million tons of nitrogen, phosphate, potash, and sulphur-based products through 90 facilities at locations across the United States and around the world.

Meanwhile the citizens of places like West, Texas don’t have well-paid lobbyists to defend their interests.

Nationwide, communities are at risk from an industrial accident at a fertilizer production facility. And countless other communities are affected by the industrial food supply chain, from Midland, Michigan to the many communities in the shadow of chemical manufacturing plants nationwide. But research like WSU’s recent survey of studies offers a clear reminder that it doesn’t have to be this way. We can feed the world without having to resort to risky agricultural practices and potentially explosive inputs.