In his book, ‘Urban Farmer,’ Curtis Stone writes about how to build a successful farm on a quarter acre of land. 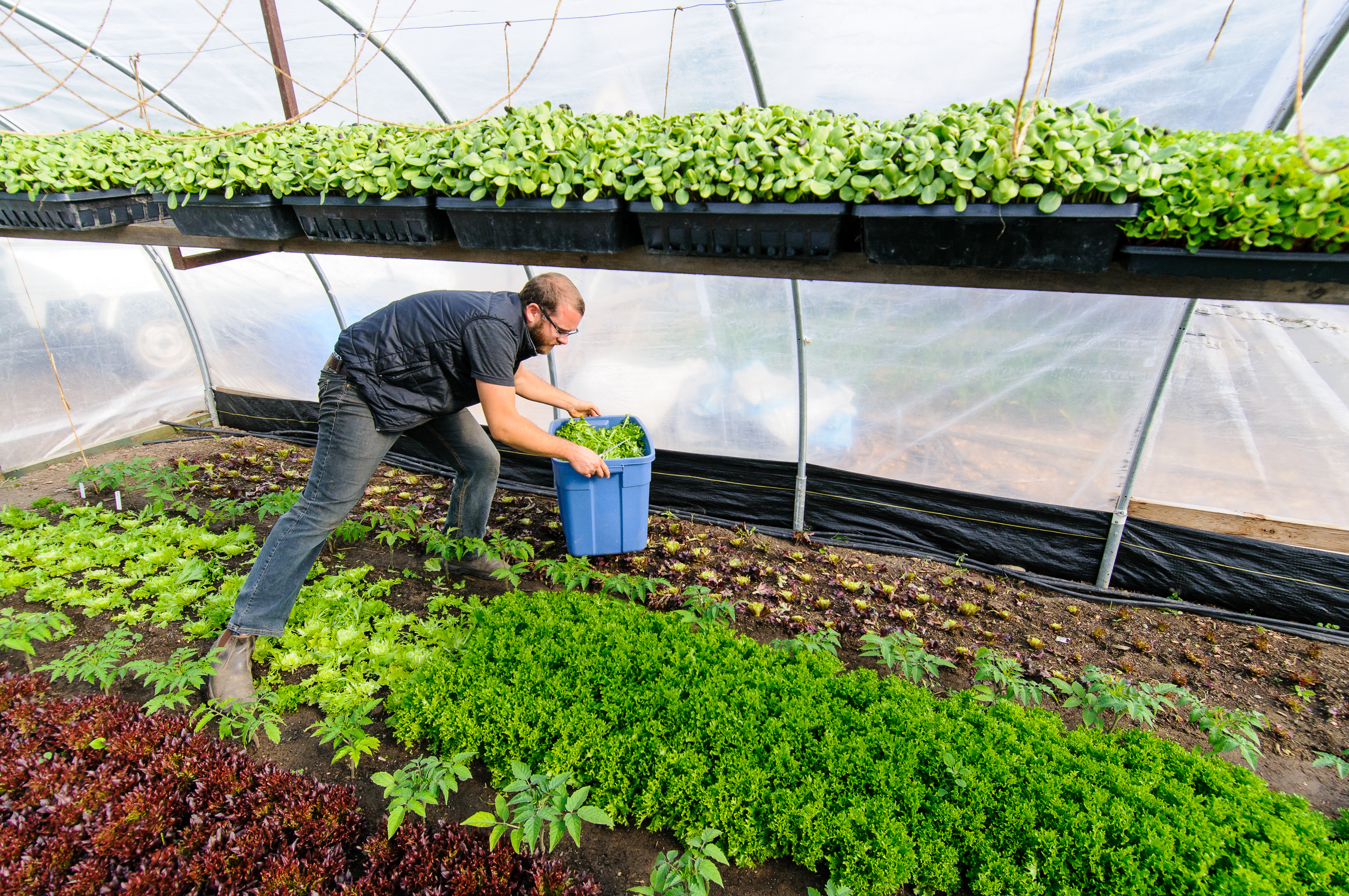 Two surprising things happened to Curtis Stone the year he decided to start Green City Acres, in Kelowna, British Columbia. First, he became a town celebrity and, second, he made a good living doing it.

In The Urban Farmer, Growing Food for Profit on Leased and Borrowed Land, Stone lays out his methodology for building a successful farm on a quarter acre of land. He strictly follows high-density, bio-intensive methods to create a compact landscape of specialty crops grown for market.

Urban farming is by no means a new concept and the intensive growing methods that Stone presents in Urban Farmer have already been well-documented by farmers such as Eliot Coleman and Jean-Martin Fortier. But the value that Urban Farmer brings to conversation lies in Stone’s upfront discussion of both community relations and financial viability.

Farmer as a Community Leader

Stone argues that people looking to create a successful urban farm shouldn’t move to San Francisco or Detroit. Instead, he advocates moving to a city with no competition.

“I know a lot of people are tempted to go to a place where there is already some urban agriculture happening because it’s nice to have a sense of camaraderie with other farmers, and perhaps use some of the resources already established, whether it’s land-share programs, community farms, or even access to public money,” Stone writes. “But I’d encourage you not to go to any place where there is an established urban farming scene.”

In his hometown of Kelowna, Stone found that neighbors would drop by every day to ask him questions about gardening, farming, the weather, and life. He sees this type of interaction as an important part of the job; by physically feeding the residents of a city, farmers take on an important role within their communities.

“Urban farmers have a responsibility to bring their message to the people,” he writes. “You will, whether that is your intention or not.”

Even before he was actually growing food, Stone continues, “I was being asked by garden clubs and schools to come and speak about what I was doing.” 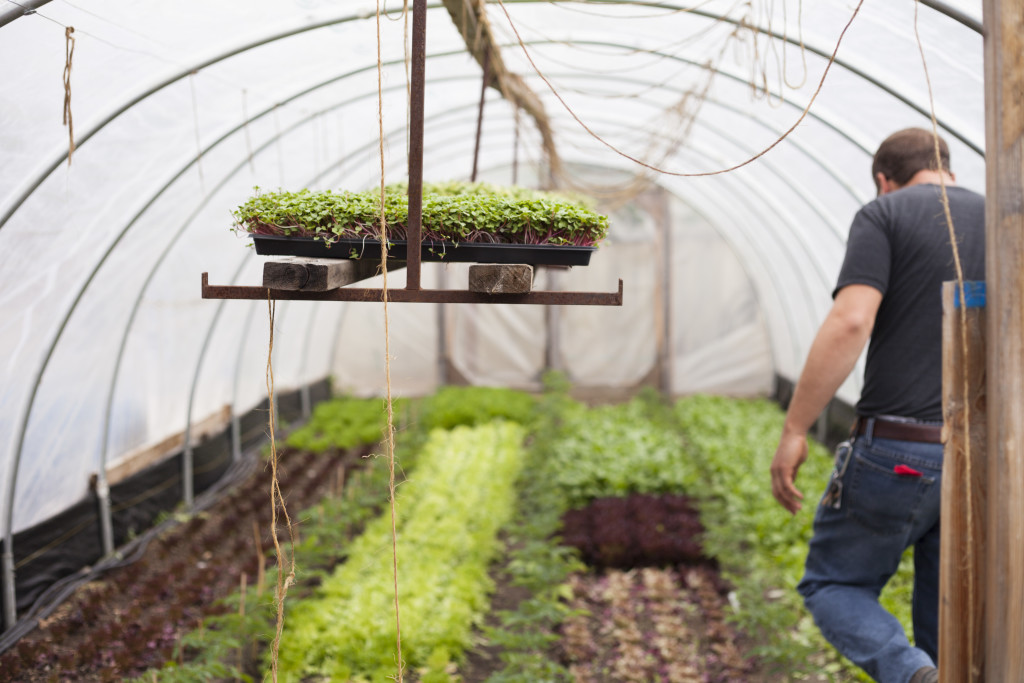 The initial surge in interest in Stone’s work might have to do with his outspoken and friendly personality, but he argues that it has more to do with location than anything else. In his relatively small town, he became a leader of a movement by default. Being in this position can be a great burden, but, Stone would argue, it’s also a great opportunity.

As some urban and rural farmers become more visible in communities, they are also often being expected to act as educators, spokespeople, and community leaders around food and health issues. In Stone’s case, he admits that he had to “Fake it ‘til you make it.” In part, Stone argues, because developing these relationships is deeply tied with his financial success as a farmer.

Farming as a Career

In Urban Farmer, Stone lays his financial model out on the table to educate (and incentivize) urban dwellers interested in becoming growers. In fact, he devotes two chapters to the financial side of his business. He drills down to the specifics, including topics like labor. He writes:

Labor considerations are often left out of small-scale farm business plans and famers often complain that they don’t pay themselves (or account for their own time in any real way). But Stone handles his business like a traditional employer and his discussion of labor costs reveal that. His descriptions of finances presents a refreshing take: A farmer’s business shouldn’t just make money, the farmer should as well. 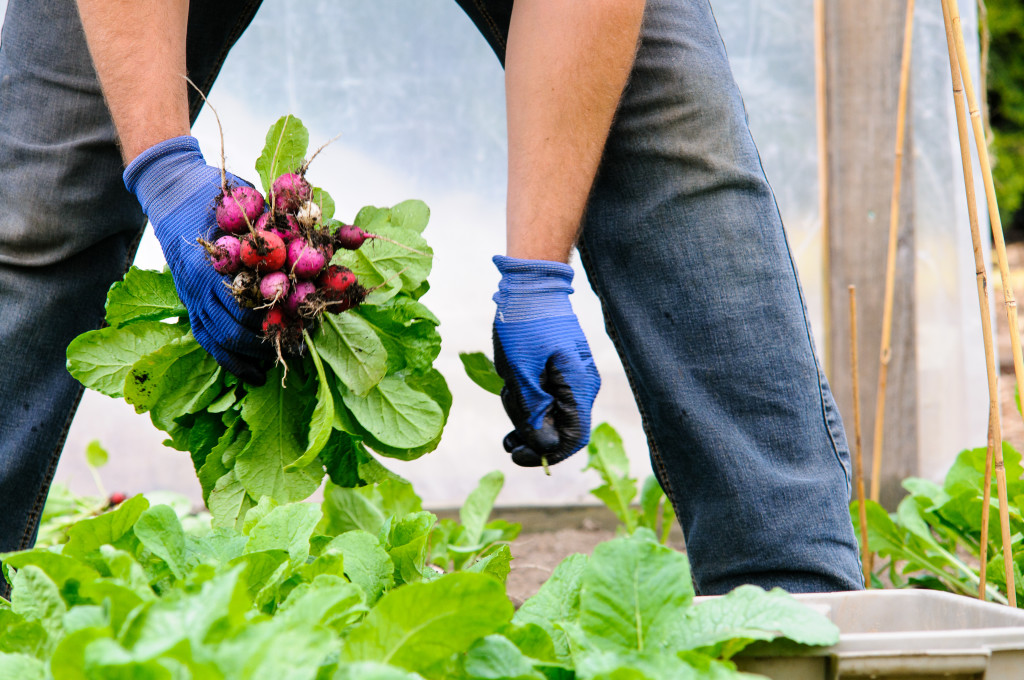 Finances haven’t been totally absent from organic farming books. And Richard Wiswall’s The Organic Farmer’s Business Handbook has long been the standard manual for small-scale growers.

Many of Stone’s tactics are not dissimilar from Wiswall’s, but, in much the same way that he minimizes his production footprint, he also keeps his start-up costs as low as possible. In the book, he also lays out how to do that for the reader.

Stone speaks mostly in terms of gross margins and gross profits and it can be difficult to decipher what his net profit is per year. He does, however, give incredibly specific examples of anticipated labor, equipment, infrastructure, and supply costs. In his first year of farming, Stone had $7,000 in costs and grossed $55,000 in sales on a half acre. The following year, as he became a better farmer, his sales numbers rose to $78,000 on the same half acre. And, most recently, Stone has condensed even further and grows on one third of an acre (15,000 square feet) with $75,000 in annual gross sales.

The financial model that Stone puts into place in Urban Farmer is also based around a standard work week. A classic mistake beginning (and experienced) farmers often make is not accounting for their own time. For that reason, small farms might earn as much in gross sales as Stone does, but they aren’t walking away with as much money in their pocket.

“Your goal as an urban farmer should always be to minimize, streamline or eliminate all tasks that don’t have any immediate, quantifiable return, so that you can focus on tasks that deliver a measurable return: harvesting, planting and marketing,” he writes. Stone works 48 hours on average per week and takes the winter season off to travel, write, and speak.

As the local food movement continues to grow, many urban and suburban farms are struggling to figure out how to make a decent living. Stone’s message is simple: If you have $7,000 worth of capital to invest, at least a quarter acre of land on which to farm, and you consider yourself to be a social person, urban farming might just be a viable career path for you. But don’t take our word for it; that’s what Stone’s book is for.