5 Beers From Across the Nation That Are Redefining Local 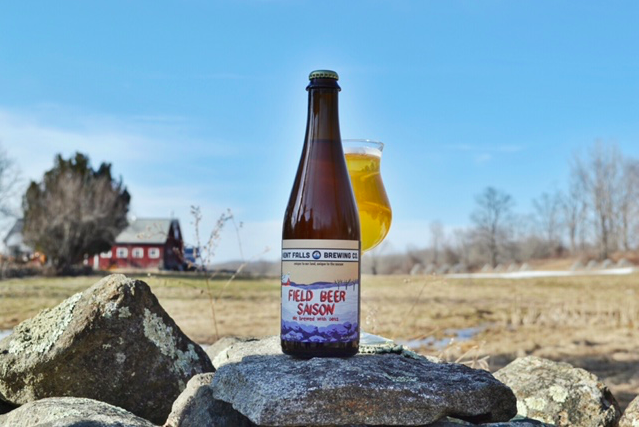 There are 4,000 small and independent craft breweries operating across the country and they all sell their beer locally. But a select group of breweries are taking the term “local beer” to a new level by crafting brews made with with 100 percent state-grown grains and hops. Here are five locavore beers to look out for.

For the last week, New York City residents have been celebrating NYC Beer Week, a 10-day event focused on local breweries. The event, organized by the New York City Brewers Guild, was created to draw attention to the businesses producing beer independently in the boroughs and beyond, planning and promoting events like beer dinners and “meet the brewer” nights at beer-centric venues throughout the city.

For the last two years, the Brewers Guild has tasked its members with making a “SMaSH” beer for the week—in this case, borrowing the acronym for “Single Malt and Single Hop” to denote beers brewed with “State Malt and State Hops.” The goal is both to express the flavors of New York’s very nascent malt and hops industry, as well as to encourage the farmer-brewer relationships that are beginning to take shape throughout the state.

The pale, low-alcohol content, slightly sour beer is being served with a drop of syrup made with rosemary and lime. NY4 was sent out into the world this week in limited quantities, but some bar goers have found it well worth the search. “People have been liking it, it’s generally been getting good feedback,” said Transmitter co-founder, Anthony Accardi. New Yorkers might find NY4 on tap at Brookyln’s Saint Gambrinus Beer Shoppe, 61 Local, or the Wilky.

When Charles Finkel founded Pike Brewing with his wife, Rose Ann Finkel, in 1989, local ingredients were hard to come by. “We were reliant on what was available to us by big brewers—the Velveetas or Wonder Bread of the beer world,” Finkel said, referring to the commodity grains many of the macro-brewing giants like Budweiser and MillerCoors use.

Now, Pike sources its malt from Skagit Valley Malting, a new malting company that works with local farmers who are producing heirloom varieties of barley and other grains as part of a Washington State University program, led by Stephen Jones, director of the Bread Lab at WSU’s Mount Vernon campus. (The malting company’s founder, Wayne Carpenter, has recently been named a semi-finalist for a James Beard Award.)

Pike Locale Copeland, an amber-colored ale with a malt-forward flavor and slight hop character, was released last fall as the third in the Pike Locale series (pronounced loc-ale,). The beers all show off profiles of a different barley varietal first bred at WSU and grown around the state.

The Pike Locale beers are significant because, “for the first time in modern history, a beer is named varietally,” said Finkel. “Just like wine is named varietally—a Napa Valley Cabernet Sauvignon, for example—this is a Skagit Valley Copeland.” According to Finkel, out of around 275 breweries in Washington state, Pike is the only brewery using only local Washington State-grown and malted barley, and they’re the first to use the Alba and Copeland varietals. “I’m not here to say we’ve reached the [end all be all], but we’ve made a quantum leap” he added. 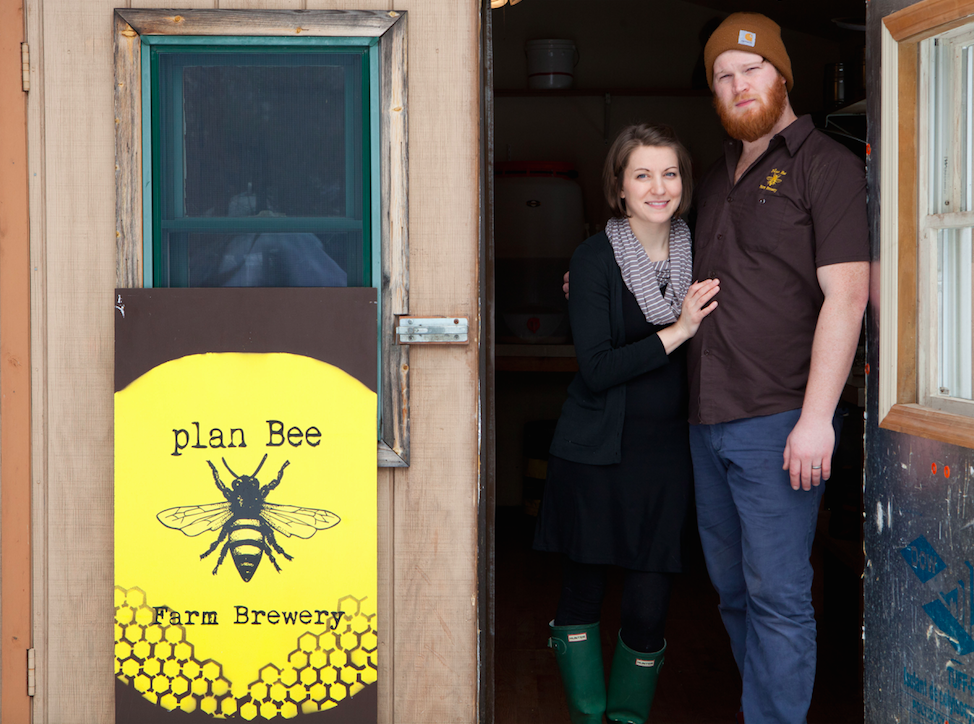 Plan Bee has been brewing beer exclusively with New York State ingredients since they opened its original location in Fishkill, New York in 2013. Now operating out of Poughkeepsie, the husband-and-wife farmer/brewer team plans to shrink the radius further to focus on grains and hops from their own farm. “We would define it as an estate brewery,” said Emily Watson, co-founder of the 25-acre farm/brewery.

Flower City, a farmhouse-style ale made with 100 percent malt from Flower City Malt Lab in Rochester, New York, a small amount of whole-leaf hops and honey-based yeast they produced themselves, is one of the most definitively local beers Watson can remember making. “Flower City is a great example of being able to taste our yeast and a local malt,” Watson said, explaining that the beer’s flavors are derived completely from the yeast consumption of malt sugars.

Plan Bee’s approach is simple: they want their beers to reflect a very specific time and place, and to be shared with their community. “There are a lot of breweries that are brewing locally, but we just didn’t feel like that was enough.”

According to Kent Falls Brewing’s co-owner, Barry Labendz, the Kent farm has been in continuous agricultural use for over 250 years. That history—along with growing up in a town “where local values were extremely important and nobody ever said the word ‘local’”—inspired Labendz and his partners to work as closely with their neighbors as possible. “It’s just the right thing to do,” Labendz said.

Field Beer, a farmhouse ale brewed with 100 percent Connecticut-grown malted barley and hops, harkens back to a time when ingredients for beer were limited to one’s immediate region. Each time the beer is brewed, a different grain is incorporated into the grain bill, taking on a slightly different flavor. The beer is fermented first with house-made yeast, then with another lactobacillus strain also cultivated on site. The result is a tart ale that speaks of the local terroir of Kent Falls’ farm and surrounding region.

Although Field Beer’s ingredients are completely Connecticut-grown, Labendz often incorporates other regional ingredients from beyond the small state’s borders, such as from New York’s Hudson Valley and Massachusetts, into his beers.

“My definition of local is based on whether I can drive there and know the person growing the ingredient. That’s really the crux of it,” said Labendz.

J-E Paino, owner of Ruhstaller Brewery and Taproom in Sacramento and its accompanying farm and hopyard in Dixon, owes his brewing career to California history. Operating out of the original building that housed the original incarnation of the Ruhstaller brewery in 1881, Paino reimagined the company as a way to brew beers with farm-grown ingredients and stray as far from industrialized brewing as possible.

“Our first shovel in the dirt was to plant crops,” Paino said. “Rather than starting with the brewery and plugging in ingredients, we wanted to start in the farm to understand how to create a high quality crop, then translate that into tasty beer.”

One such beer is the Gilt Edge California Golden Lager, made with 100 percent California-grown ingredients, includinging the Metcalf and Copeland barley varietals alongside Cluster and Cascade hops. Until now, the ingredients have been sourced from a combination of the brewery’s own land and other local growers. But this year, for the first time, Ruhstaller will be able to hop all of their beers from their harvest, Paino said.

“We want people to understand that beer doesn’t come from a factory, that it’s actually an agricultural product,” he said.

Photo of the Plan Bee farmer-brewers by Karen Pearson.