Exposure to multiple fumigants commonly used together in California may increase cancer risk. 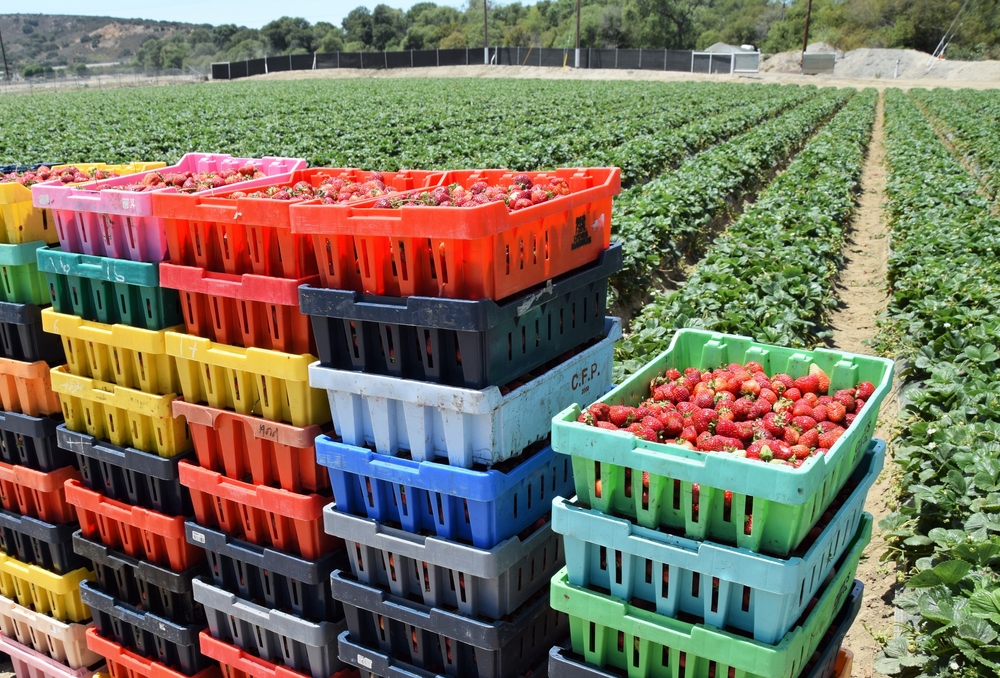 Most scientists, farmers, and regulators usually consider the health effects of pesticides one at a time. But that’s not always how they’re used.

A new report by researchers at the University of California Los Angeles’s Sustainable Technology & Policy Program (STPP) took a rare look at several pesticides—all fumigants—that are often applied in combination, chloropicrin, 1,3-dichloropropene, and metam salts. It found that when mixed together, the chemicals can interact and become more toxic, endangering and leaving farmworkers, neighbors, and schoolchildren without adequate protection.

“We know these are being applied on purpose together,” and some have similar health effects, including cancer, says report co-author Susan Kegley, principal, and CEO of the California-based Pesticide Research Institute.

Millions of pounds of these three pesticides are commonly used in combination to grow strawberries, tomatoes, peppers, grapes, nuts, and other crops. All together about 30 million pounds were used on California farm fields in 2013 alone and together they account for about a fifth of all pesticides used in the state.

The three chemicals examined are all used as fumigants, meaning that they are applied to kill pests in soil rather than on plants as they grow. Unlike other types of pesticides, fumigants don’t end up in food. But because they’re often applied as gasses, they drift easily. This makes the risk of exposure for people living and working nearby very high.

According to the report, California agricultural workers and residents, including children, are regularly exposed to two or more of these chemicals simultaneously since they are often applied as a cocktail or applied on the same day. “There’s increasing evidence coming forward that [effects of] mixtures are greater than the sum of their parts,” report co-author and director of UCLA’s Sustainable Technology & Policy Program Virginia Zaunbrecher told Civil Eats.

“Fumigants are completely different beasts than other pesticides,” says Miranda Fram, U.S. Geological Survey (USGS) chemist and California Groundwater Ambient Monitoring and Assessment Program chief. “They are volatile”—meaning they evaporate easily—“and are applied as gasses, often injected right into the soil,” she explains. And while they disperse readily, they also take a long time to degrade so they persist in the environment, including in groundwater.

“[Fumigants are] also applied at much higher rate than other chemicals,” explains Anne Katten, California Rural Legal Assistance Foundation pesticide and work safety project director, often as much as hundreds of pounds per acre.

“Most fumigants drift when they’re being applied and for 24 hours after, but can continue for a week or so,” adds Kegley.

Throughout parts of California where these fumigants are used, there are housing developments and apartments, as well as schools, right next to fields. That people are actually being exposed “is not speculation,” says Kegley. Dozens of people have had to evacuate their homes and schools due to pesticide drift, in California and elsewhere around the country.

All three of these chemicals are seriously toxic to the respiratory and digestive systems and to the skin. The U.S. Environmental Protection Agency (EPA) considers 1,3-dichloropropene and metam sodium probable human carcinogens, while California’s Department of Pesticide Regulation (DPR) has found that chloropicrin exposure can increase risk for cancer.

Metam sodium and chloropicrin are also severe eye irritants. According to the UCLA report, chloropicrin and metam sodium can also adversely impact fertility, pregnancy, and childhood development, while dichloropropene and metam sodium are linked to brain and nervous system damage. But according to the report, comprehensive information on these chemicals’ health effects is lacking, including on their neurotoxicity, immune system impacts, and potential to damage DNA.

Various industry sources, however, maintain these pesticides are safe to use as directed, and dispute their links to serious health hazards.

“We’re very concerned about the cancer risk and the respiratory risk,” says Katten. In addition, she explains, metam and chloropicrin “can exacerbate, if not cause asthma, which is a huge problem in California due to smog and these pesticides do contribute to smog.”

When it comes to how these chemicals can act together, the UCLA report found that they can deplete the body’s resources for coping with toxicity. Specifically, they can impair the body’s ability to repair DNA damage, something that can increase cumulative risk for a disease like cancer, says the report. As Kegley puts it, the big question is: “What’s the breaking point where the body can’t protect itself any more from toxic chemicals?”

For example, the levels of exposure to these three pesticides the researchers document around Rio Mesa High School in Ventura County, “raises concerns about possible interactive effects,” including “increased rates of DNA mutation, and impeded DNA repair,” according to the report.

And Zaunbrecher notes that “this is not an isolated problem.” There are similar hot-spots of exposure all throughout California’s agricultural communities.

While some researchers have begun to investigate the effects of chemical mixtures, existing science on these impacts is lacking. “Very little research is done on the effect of mixtures on health outcomes and this is a big unknown,” says Kram.

According to the report, neither the EPA nor the DPR have adequate data on the combinations of the pesticides to which people are actually exposed. Nor do they regulate these chemicals together, even though the DPR is legally required to consider cumulative impacts when setting pesticide safety standards.

“Under current California law, DPR is required to consider cumulative effects when regulating individual chemicals. They’re actually required to do this, but there is no evidence that they are,” says Zaunbrecher.

Some growers are working to move away from fumigant use. The California Strawberry Commission in particular, has been working with growers and researchers to develop non-fumigant growing methods.

But members of Californians for Pesticide Reform, a coalition of more than 190 organizations, have called on state officials to better protect the state’s children from these chemicals. The group points out that more than 500,000 California children currently attend schools near the state’s heaviest and most hazardous pesticide use.

The EPA is also in the process of reevaluating these fumigants, but the guidelines the agency has in place have not prevented the type of exposures the report finds concerning. And a spokesperson for DPR says the agency will be “looking at the report to see how we can incorporate it into how we do things going forward.”

What can the general public can do to protect people working and living in agricultural areas in the meantime? For starters, they can support organic farming and other approaches that “don’t poison people and the environment,” says Susan Kegley.