Some Online Grocery Companies Are About to Start Taking ‘Food Stamps’

This spring, the USDA is expected to launch a pilot that will allow a limited number of internet food delivery services to start accepting SNAP payments. 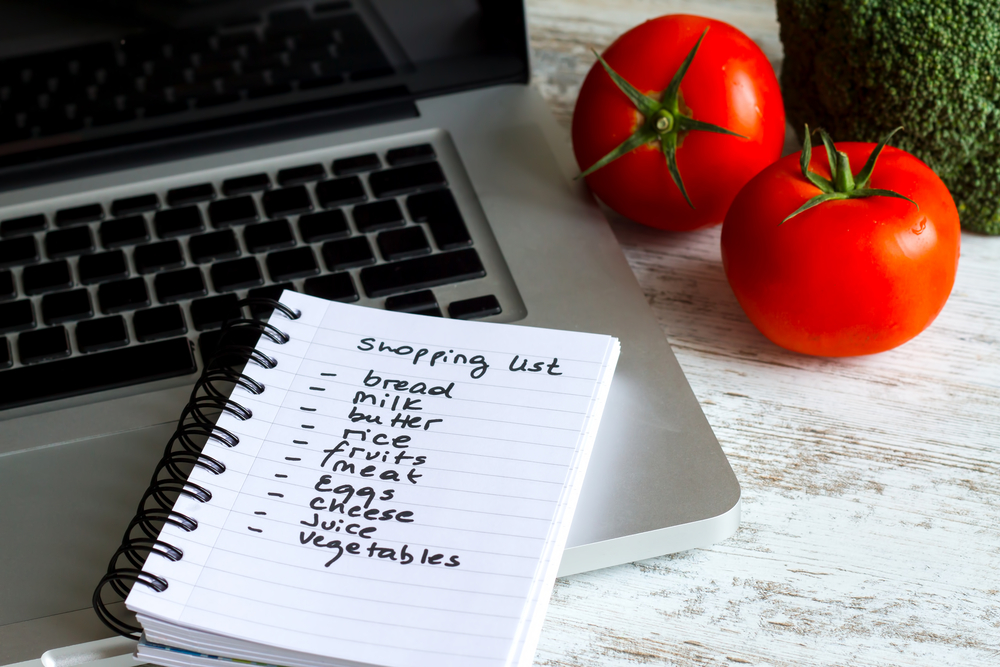 Butter, prunes, and eggs. That’s what Mabel McFiggin, an unemployed factory worker and the first woman* to use food stamps, bought to feed her family 77 years ago. Today, some 46 million people rely on food stamps, now called the Supplemental Nutrition Assistance Program (SNAP) to help put food on the table.

But the program has been slow to evolve. In 1984, the first Electronic Benefit Transfer (EBT) card was introduced, 18 years after its archetype, the debit card, debuted. It took until 2004, another 20 years, until EBT cards were widely used across the country.

That’s not to say there haven’t been any innovations since 2004. For one, lawmakers seem to understand the importance of fresh produce for SNAP recipients. The past five years have seen a push to get EBT cards accepted at most farmers’ markets. In 2015, the U.S. Department of Agriculture (USDA) spent $31 million on programs that to encourage SNAP recipients to buy more produce. And just last week, the agency unveiled new rules that would force retailers who accept food stamps to stock a wider variety of healthy foods. But EBT technology is still lacking, because payment can only happen in person (a safe PIN-based debit payment option doesn’t exist for large commercial use).

The USDA launched a pilot program in 2012 that allowed some food delivery services (including FreshDirect in Brooklyn, Crisp! in Chicago, and most recently, Good Eggs in the Bay Area) to accept orders online, and receive EBT payment at the time of delivery. But that still requires SNAP recipients to be available at the time of delivery, which isn’t always possible.

Now, the USDA is embarking on a new phase of modernization, a pilot program dictated by the 2014 Farm Bill that will allow some websites to accept EBT cards online. And, according to Amanda D. Heitkamp, a public affairs specialist for the USDA, with the anticipated launch date this spring, it may become more commonly available. 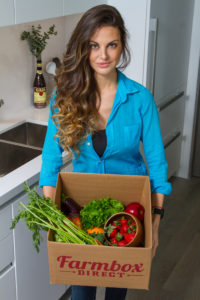 One of the companies hoping  to be a part of the pilot program is Farmbox Direct, created by former SNAP recipient and single mother, Ashley Tyrner (pictured on right). Started in March 2014, Farmbox Direct is a nationwide produce delivery service whose mission is improving access to fresh produce in under-resourced communities.

“I actually grew up in a food desert, my Dad is a farmer and I just for the longest time thought this [lack of fresh food] was normal,” Tyrner told Civil Eats. According to the USDA, nearly half of the 23.5 million people living in areas deemed “food deserts” also qualify as “low-income.” They also suffer from higher than average rates of diet-related illness, and they spend a higher percentage of their limited time and resources to traveling to buy groceries than the rest of Americans.

“I [first] realized that food stamps were needed as a form of payment online when I lived in a rural food desert while pregnant,” said Tyrner. “I had to share a car with my mother, which made [traveling to buy groceries] even more difficult.”

In the beginning, Farmbox Direct only delivered in New York City, but when a request came from a food desert resident in Michigan, Tyrner realized the impact Farmbox Direct could have if it shipped food nationwide. “She would wake up at 1 a.m. to drive to a WalMart about two  hours away,” Tyrner said of the woman. “If she arrived later than 4 a.m., there wouldn’t be any produce left.”

Working with Fed-Ex Periship, she pioneered the effort to effectively ship produce cross-country, using a box engineered to stay at 33 degrees with biodegradable insulation and ice packs. She worked directly with the USDA to create an affordable box based on the average food stamp budget for a family of four. She even got her personal hero, Sam Kass, the former executive director of Michelle Obama’s Let’s Move program, to be an advisor.

“[Kass] began to educate me on the food desert problem America faces. I then really realized food stamps need to be accepted online,” Tyrner said. Since then, she told CNN, she has been working with the USDA on their pilot program, but Farmbox Direct has not yet been picked as an official participant.

Tyrner isn’t alone in thinking SNAP participants should have access to food delivery services. For one, this population represents a sizable piece of the market that has so far been unable to participate in a very competitive market.

Joel Berg, the executive director of Hunger Free America, a national nonprofit focused on ending hunger, said, “Food delivery is going to be the wave of the future.” He noted that many in the world of food access focus on giving  people access to brick-and-mortar grocery stores, which is a significant contribution, but may not make economic sense for every neighborhood.

“I’m lucky enough in Brooklyn to get food delivered to the apartment building I work in,” Berg explained. “It would be tremendous if low-income people had options that middle income people already have.” Like Tyrner, Berg agrees that the ability to use EBT cards online is an important next step.

Some consider food delivery to be a luxury service, but the time it saves is a valuable resource for people of all income levels. According to the USDA, 43 percent of the people living in food deserts have jobs. In addition, many of those who are not working are job hunting, which takes time.

As Marion Nestle, author and nutrition and Food Studies professor at New York University pointed out, “Anything that increases convenience is a good thing. Coupled with incentive programs for purchasing fruits and vegetables, this [pilot program] ought to make it easier for recipients to eat healthfully.”

Marianne Legreco, a University of North Carolina at Greensboro associate professor and the head of communications for Mobile Oasis Farmers Market, is familiar with the importance of convenience to SNAP users.

Mobile Oasis is a pop-up market with the goal of improving access to healthy, affordable food for so-called food deserts. She says it can be difficult to reach recipients because they often work erratic hours, have transportation issues, or physical or mental limitations. Legreco explains that they want to add “a CSA-style delivery service where people would order their food ahead of time and we could better predict a route.” In 2015, 15 percent of all sales were made to  SNAP users, and Legreco believes that accepting EBT cards online would greatly increase their ability to reach that audience.

“We’ve got to find more creative ways [to get food to people] so they can better manage their time,” says Legreco.

* We mistakenly reported that McFadden was the first person, but in fact it was Ralston Thayer, an an unemployed machinist and veteran of the Great War.

Leena Trivedi-Grenier received her M.F.A. in gastronomy (food studies) from the University of Adelaide in South Australia & Le Cordon Bleu, a B.A. in speech communications with a minor in creative writing from Bradley University and her A.A.S. in culinary arts from Joliet Junior College. She blogs at LeenaEats.com. Read more >