The Man Who Hopes to Turn Acorns into Gold | Civil Eats

The Man Who Hopes to Turn Acorns into Gold

Lincoln Smith is experimenting with growing and baking with the overlooked and humble acorn. 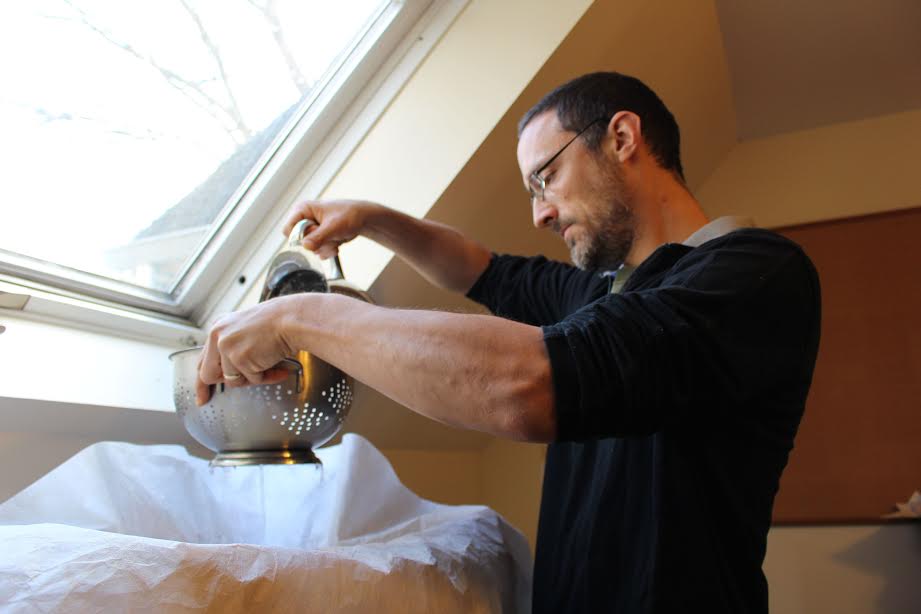 In Lincoln Smith’s basement, shiny, solid Red Oak acorns dry in racks stacked up to the ceiling. A bucket of Sawtooth acorns—a failed storage attempt—sit next to his refrigerator, the contents chewed into beehive-esque patterns by weevils.

Storage is just one example of all there is to learn about acorns as a sustainable food source, Smith says.

“Some of the Eastern Native Americans would bury whole bags of acorns in the riverbank,” he says. “It’s kind of amazing that something that was buried in the riverbank for a year could be edible food.”

Because acorns aren’t a commercial crop in the United States, there’s no standardized equipment or processing method. Smith shells, grounds, and leaches the tannins out of the nuts to turn them into acorn flour, which he then bakes into a variety of foods. So far, he has made crackers and cookies and worked with an amateur baker friend to test out recipes for bread.

Smith is the founder of Forested, a 10-acre research garden in Bowie, Maryland. Trained as a landscape architect, he quit his job and broke ground on the project in 2012. The space is inspired by permaculture—a philosophy and design system that integrates landscape design, agriculture, and ecology—and it’s filled with young fruit trees, berries, and mushrooms.

“For me, [acorns] represent an important agroforestry crop,” Smith says. Forested’s combination of original forest and new tree crops—Asian pears, persimmons, hazelnuts—is the very definition of agroforestry, an agricultural practice by which traditional crops are grown alongside other trees.

“I think for agroforestry to have a big impact, it has to be able to compete in production per acre with our tillage crops,” Smith says. Oaks, he says, are a promising start. 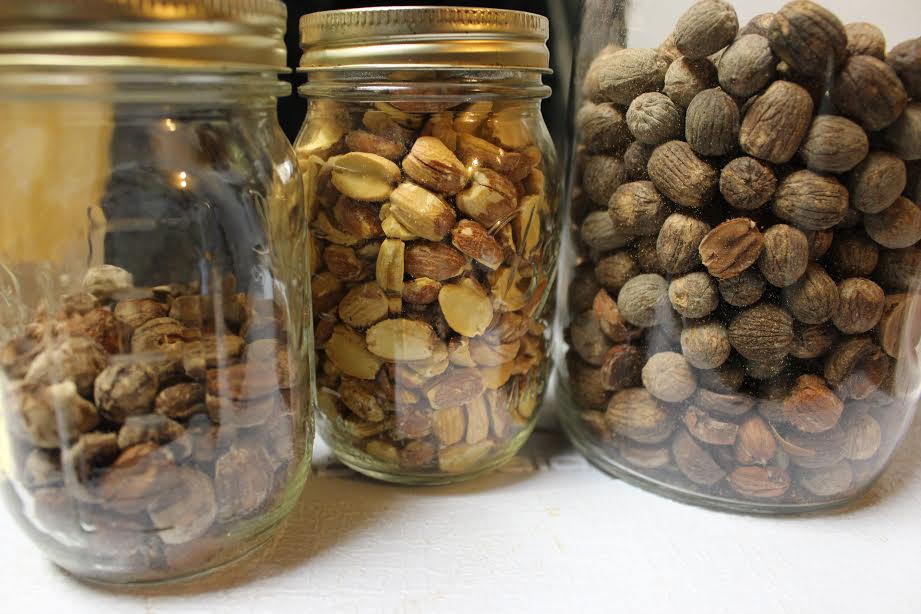 Oak trees grow all over the world, are a good source of fat and protein, and, baring pest pressure, can produce hundreds of pounds of nuts each fall. According to Virginia Tech University, some oaks can live for up to 600 years. Plus, as the Native Americans proved, the nuts can be stored for years.

Smith’s trees aren’t mature yet, but he did glean 1,000 pounds of the nuts from busy streets in the area. And it only took four days. Many of those acorns were from the “hell strip,” the narrow piece of green grass between the sidewalk and the street.

Smith’s plan is to eventually use Forested to generate more information about the trees and nuts, he says. But he and his co-worker Ben Friton aren’t there quite yet; though they are growing mushrooms and raising ducks, oak trees take quite a bit longer to mature. According to the University of Missouri, it can be up to 30 years before an individual oak produces nuts.

And, as wild, undomesticated species, acorn production can be unpredictable. The trees are prone to masting, or producing huge number of nuts one year and few to none the next.

While they’re waiting, there’s plenty to learn about acorn eating. Acorn flour, Smith says, is dense and has no gluten, so it needs at least a 1:1 ratio with wheat flour if it’s going to rise.

Upstairs in his office, Smith has a shelling machine and a grinder he acquired in Korea when he visited the country to learn how Koreans make acorn-based foods. It doesn’t work as well on American acorns, but it works nonetheless. Acorns are separated from their shells, and it’s short work to pick the shards out of the nutmeat. Smith uses a heavy-duty food processor to grind up the nuts, then pours the meal onto a filter suspended over a large plastic bin. Next, he slowly pours buckets of water over the meal to leach out the tannins.

Pre-leaching, the acorn flour initially tastes sweet, almost like maple sugar until the tannins flood in. The aftertaste is disconcertingly bitter, like a coated pill held too long on the tongue. Post-leaching, both the sweet and bitter tastes fade away. But the sweet, nutty taste comes back strongly once the flour is cooked, creating an appealingly hearty flavor. 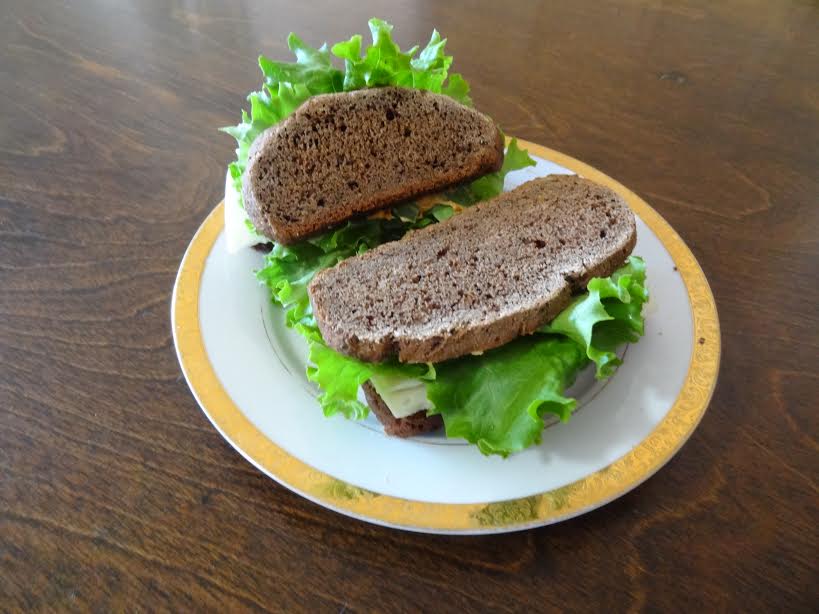 According to Smith, the list of acorn products commercially available is short. There are two sisters who make acorn crackers and who had some success with a Kickstarter campaign, but their products aren’t readily available on grocery store shelves. That’s not to say acorns couldn’t be a major source of nutrition in the future, Smith hopes.

It will take time for the research he’s doing at Forested to provide any hard answers about growing and caring for oaks, but Smith hopes it can happen in time to address looming threats to the food system like the ballooning world population and climate change.

In the meantime, there is data to be documented and kitchen experiments to be tasted. At a workshop in Baltimore, Smith demonstrated acorn processing and baked chocolate and molasses acorn cookies. The results are small, dark brown and crumbly, but as far as experiments go, they taste sweet, rich, nutty, and good.

Caroline Selle is a farmer and freelance writer focusing on food and the environment. Her work has appeared in the Huffington Post, Yes Magazine and Orion Magazine, as well as in many other publications. When she's not chasing escaped chickens, she blogs at www.beetexpectations.com. Read more >