This Netflix Documentary Will Inspire You To Make Dinner | Civil Eats

This New Netflix Documentary Will Inspire You To Make Dinner

In ‘Cooked,’ Michael Pollan walks through the human history of food preparation—and offers some very tasty visuals in the process. 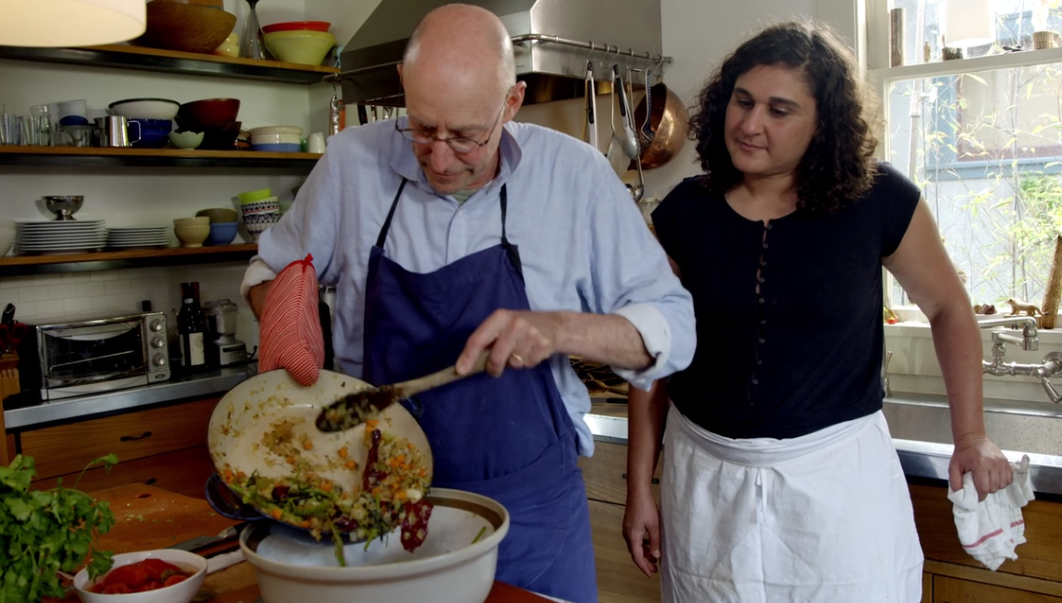 It can seem like no one cooks anymore. Most grocery stores (and even some gas stations) have a wealth of pick-up options for hungry people at the end of a long day of work. Processed meals have made it into the organic aisle with brands like Amy’s and Annie’s. The U.S. Department of Agriculture (USDA) reports that since 1970, the number of meals eaten away from home has risen from 25 to 43 percent of total food spending per household.

And if Michael Pollan’s new documentary series, Cooked, which begins streaming on Netflix today, is any further evidence, the spread of processed foods and Western diets is taking out cooking, one family at a time.

Based on his 2013 bestseller of the same name, Cooked is a four-part series in which each 50-minute episode focuses on one of the elements—earth, air, water, and fire—and the role they play in cooking.

Like last year’s Pollan-focused PBS documentary, In Defense of Food, the series features themes familiar to anyone who follows the author’s work: traditional methods of eating are best for teasing both health and flavor from food; corporations shouldn’t be trusted to make our meals; eating itself is both a primal and evolutionary act. Critics of Pollan’s books who believe that the diets he advocates are out of reach for those on the lower end of the social-economic spectrum or unsustainable on a global scale will also likely find the same flaws in this documentary.

Yet what the documentary, produced by Oscar-winning director Alex Gibney, brings to the table is a reminder that cooking isn’t just ethical or political—it is also one of the greatest human inventions of all time. Cooked is a salute to eating, celebrated by people around the world, and filmed in color so rich you can almost taste it. Pollan frequently underscores the point that cooking itself may have made humans human. And thanks to Netflix’s powerful distribution platform, documentaries like Pollan’s are easier to watch than ever before. His message, each episode of which is spearheaded by a different director, could potentially reach each of the streaming service’s 75 million worldwide members. 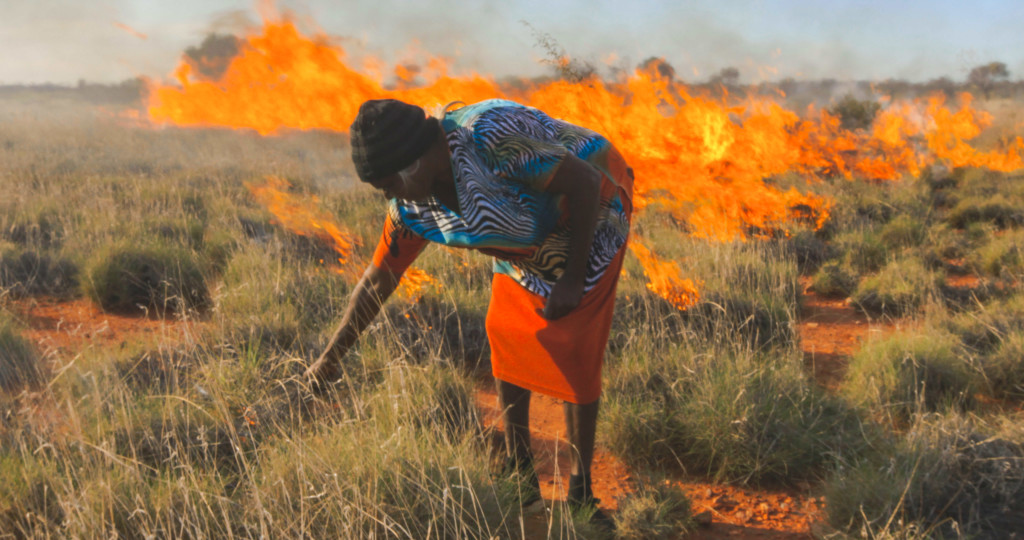 In the first episode, “Fire,” Pollan talks to Harvard primatologist and anthropologist Richard Wrangham, who believes that using fire to soften our food and make it easier to chew allowed us to consume calories more quickly and, therefore, feed our growing brains. “The brain,” Wrangham says, “is a very hungry organ.” Primates who still eat raw shoots and leaves, by contrast, spend half of their waking hours chewing.

What we eat may also affect the combination of microbes living inside our bodies. For every one cell in our body that is human, 10 belong to something else—and they need to be fed, too. Unfortunately, antibiotics don’t just fight the bacteria making us sick, they also kill the microbiome—the colony of bacteria living inside us. “It’s safe to say we’ve gone overboard on the war against bacteria,” Pollan says. This is true of the bacteria we use to produce foods like cheese, too.

The “Earth” episode features a Connecticut nun, Sister Noella Marcellino, who used to make cheese according to a French peasant recipe, letting the milk sour in wooden barrels rather than the stainless steel commonly used today. After an outbreak of listeria, health inspectors told her she had to stop using wood. The levels of E. coli in her finished cheeses spiked immediately. Using slick steel instead of porous wood may feel like the hygienic choice in food manufacturing, but it was the bacteria produced by the wood itself that kept her original cheese E. coli-free.

The elemental themes that tie each episode together makes for what we would think of as unlikely bedfellows. Cheese is an everyday product; kombucha is not. Yet both are the products of fermentation, tying them both into one episode. Before refrigeration, fermentation was one of the only ways to preserve food.

Today, Pollan says, we think of things like kimchi, kombucha, and other fermented foods as “exotic,” but they all have a long role in human history. “A third of our foods are fermented and in most cases we have no idea,” he says, listing chocolate and alcohol as two favored fermented foods.

The evolved human, Pollan says in later episodes, then became brewers or bakers—changing society yet again. “It’s hard to imagine bread evolving in a hunter-gatherer society,” he says, noting that people have had to create communities to clear fields, plant and harvest grain, mill, and knead—just to finally bake something as simple as bread. “Bread,” he says, “is in that sense the product of civilization as well as an enabler of civilization.” 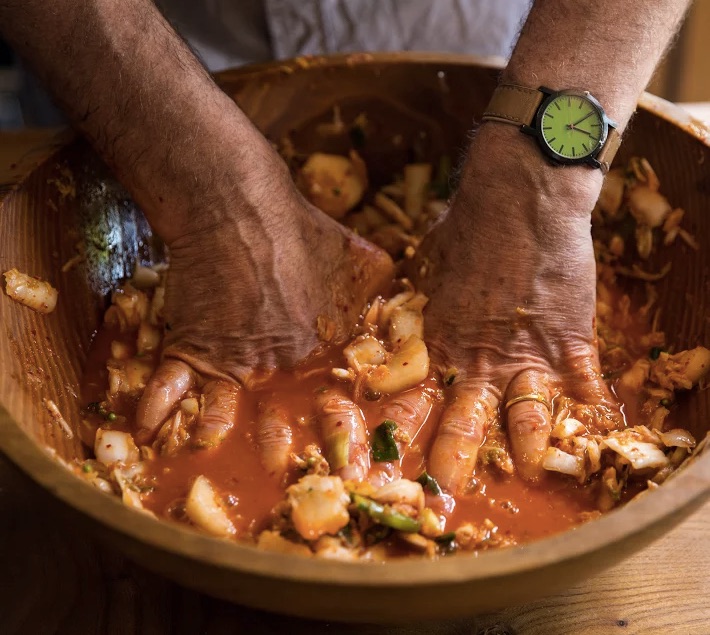 Then there’s the kitchen—the center of social life where communities came together to cook and eat in a group. Individual families eventually splintered off, and, as Pollan says, “women were marooned in the kitchen.” In other countries, this transition is starting to take place today. When women went to work, Pollan notes, rather than renegotiating the division of labor in households, the U.S. food industry stepped in instead. “For the food industry, people cooking foods at home are an obstacle to selling more of their product,” Pollan says in the “Water” episode.

After a while, people forgot how to cook. Unless big changes are on the horizon, cooking will seem a little harder, slower, and less useful a skill to each generation. If cooking made us human, is allowing companies to cook for us the next step in our evolution or a horrible mistake? Cooked is a nudge to remember our past, how far we’ve come as a species, and what we’re really giving up when we concede the kitchen.

Though Pollan himself does occasionally proselytize (such as when he reminds viewers that Southern barbecue today relies on commodity pork “raised in confinement in brutal conditions”), the breadth of voices in the documentary augment his points. If Pollan’s elegy for the 24-hour pork roast fails to connect, perhaps members of the Australian Aboriginal Martu, who talk about the central role fire has always played in their culture, will. “We had bush sweets, not sugar,” one Martu woman says of their past diet. “Sugar has made us weak.” 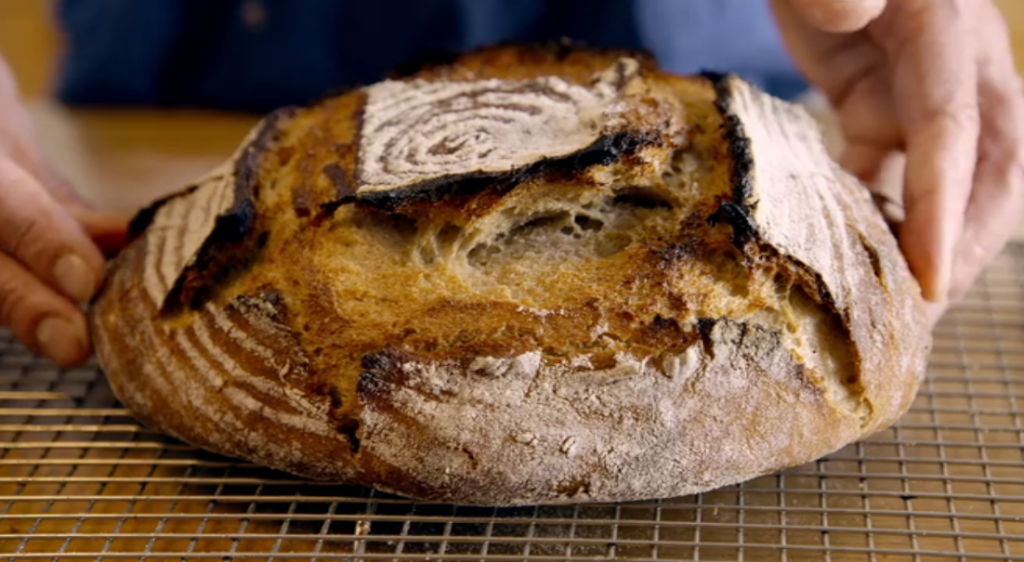 Pollan shows that eating better isn’t just a first-world diet fad or weight loss scheme—changed food habits have literally destroyed the health of communities. Today we’re so far gone in our eating habits, that it’s easy to forget these changes once created huge shifts in both health and local culture.

Going back to our edible roots is about more than eating delicious food. Stories in Cooked from “non-experts,” like a Moroccan baker, the manager of a cacao farm, the people who help run a community kitchen in India, and others are really what tell the story of why cooking matters. In the end, the series shows that academics, doctors, and nuns don’t cook—people do.

Today, the desire to cook still lingers, albeit in forms that would look odd to our ancestors, like those meal kits that provide perfectly portioned ingredients along with step-by-step instructions for dinner. This is what cooking is starting to look like in America today. And we can either keep traveling down the same path, getting closer to dietary diseases and obesity, or turn toward the foods that nourished our ancestors and built their communities.

All Cooked stills courtesy of Netflix.