All the News That’s Fit to Eat: Nutritional Benefits of Organic, Parmesan Fraud, and Maple Misbranding 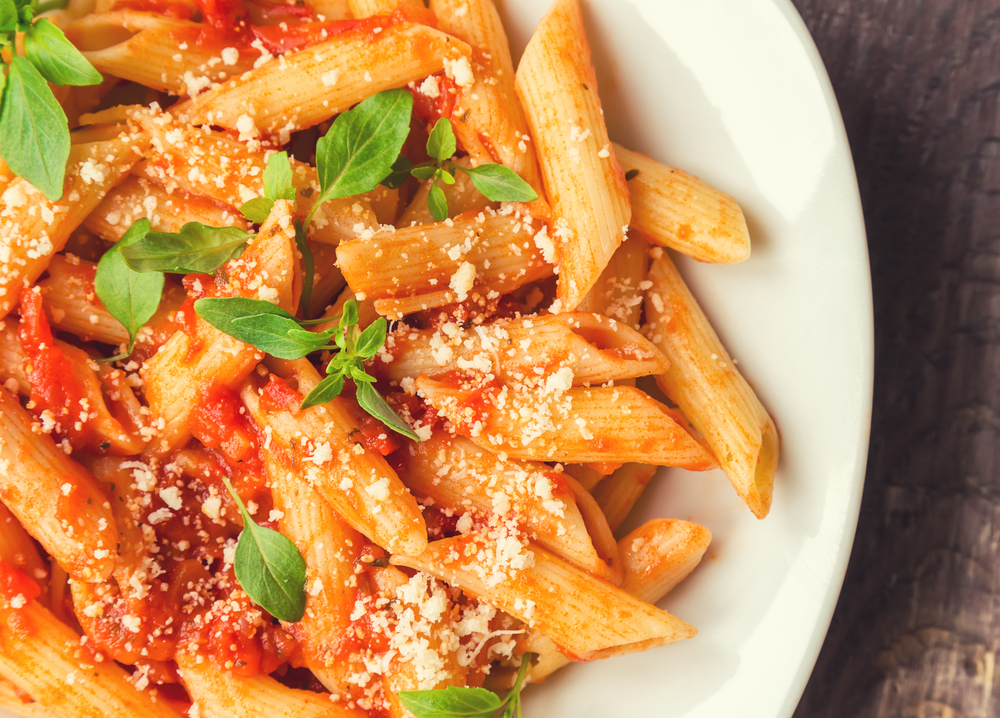 Here are the top food stories that got our attention this week.

This week, the U.S. Department of Agriculture (USDA) proposed new rules that would force retailers who accept food stamps to offer a wider variety of healthy foods. The rules are designed to ensure that the more than 46 million Americans who use food stamps have better access to healthy foods and more opportunities in the store to buy fruits, vegetables, dairy, meats, and bread. Under current rules, retailers that participate in the Supplemental Nutrition Assistance Program, or SNAP, must stock at least three varieties of foods from four food groups: fruits and vegetables, dairy, breads and cereals, and meats, poultry, and fish. The new rules would require retailers to stock seven varieties from each food group, and at least three of the food groups would have to include perishable items.

Is Organic More Nutritious? New Study Adds To The Evidence (NPR’s The Salt)

A huge meta-analysis published this week in the British Journal of Nutrition adds to evidence that organic production can boost key nutrients in foods. The study found that organic meat and dairy contain about 50 percent more omega-3 fatty acids, due to the animals foraging on grasses that are rich in omega-3s, which then end up in dairy and meats. Another large meta-analysis from 2014 found that organic crops, ranging from carrots and broccoli to apples and blueberries, have substantially higher concentrations of a range of antioxidants and other potentially beneficial compounds. As of right now, it’s unclear how much of the compounds must be eaten to benefit human health. When looking at the big picture, many experts say that from a health perspective, what you eat matters more than whether you choose organic or conventional, but the environmental benefits of organic agriculture have been proven, and these recent meta-analyses seem to point to nutritional benefits as well.

The White House, federal agencies, international trade unions, and foreign governments are taking numerous actions to try to better protect offshore workers and the marine environment. Last week, President Obama signed the Port State Measures Agreement, which gives officials the power to prohibit foreign vessels suspected of illegal fishing from receiving port services and access, and this week, he will sign legislation that effectively bans American imports of fish caught by forced labor in Southeast Asia. The amendment the president said he will sign would close a loophole in the Tariff Act of 1930, which forbids products made by convict, forced, or indentured labor, but has, for 85 years, exempted goods derived from slavery if American domestic production could not meet demand. The National Oceanic and Atmospheric Administration has also proposed new rules that are meant to protect threatened fish species and crack down on seafood entering American ports that has been caught illegally or is fraudulently labeled.

This week, Congress passed the “Common Sense Nutrition Disclosure Act,” a bill designed to weaken the national menu labeling law that was passed in 2010. Implementation of the law, which requires calorie counts on menus and menu boards at chain restaurants and other chain food establishments that serve restaurant-type food, has been delayed for almost six years due to intensive lobbying organized by the “American Pizza Community,” led by Domino’s Pizza. There are already numerous state and local menu labeling laws in effect across the U.S. Rising consumer approval of calorie labeling has even led some chains to begin voluntarily offering calorie counts on menus in all of their locations, and restaurant chains have been reformulating high-fat and calorie-laden items in response to consumer demand.

Some grated Parmesan cheese suppliers have been mislabeling products by filling them with too much cellulose, a common anti-clumping agent made from wood pulp, and using cheaper cheeses like Swiss, mozzarella, and white cheddar. Bloomberg had store-bought grated cheese tested for wood-pulp content by an independent laboratory, and two out of the four brands tested above the acceptable level of 2 to 4 percent. Some major brands sold across multiple states used no Parmesan cheese in their “100% grated Parmesan Cheese,” including Castle Cheese, Inc., which supplies 3,400 stores in 30 states. Its president, Michelle Myrter, is scheduled to plead guilty this month to criminal charges, and faces up to a year in prison and a $100,000 fine.

Study: Program To Protect Fish Is Saving Fishermen’s Lives, Too (NPR’s The Salt)

A new study published this week in the Proceedings of the National Academy of Sciences found that catch share programs, which allow fishermen a set quota of the catch, reduce risky behavior like fishing in stormy weather, delaying vessel maintenance, or fishing in boats weighed down by too much heavy fishing gear. Catch share programs give fishermen a longer window to harvest their pre-determined share, unlike traditional fishery-management programs, which open and close fishing seasons on specific days. But many worry that catch share programs push small fishermen out of the market. Niaz Dorry, coordinating director for the Northwest Atlantic Marine Alliance, says that there are others way to help protect the lives of fishermen without pushing small fishermen out of the market, such as community supported fishery programs, which create a ready-made market for what fishermen are able to catch, regardless of weather.

Last week, maple syrup producer groups sent a letter to the U.S. Food and Drug Administration (FDA) arguing that foods labeled as maple should contain real maple syrup. The groups say that products such as Quaker Oats Maple & Brown Sugar Instant Oatmeal and Hood maple walnut ice cream are in violation of FDA regulations because maple syrup is not listed on their labels, and that the misbranding deceives consumers and hurts those producing real maple syrup. The FDA said it is reviewing the letter and will respond directly to the petitioners.

If Californians vote to legalize pot, cannabis could become a major player in big agriculture, but there’s still a lot to figure out if that happens. The state would have to develop regulations on how marijuana can be grown, and farmers would have to figure out which crops grow best. Small farmers who are already growing legal medical marijuana say they don’t want Big Ag to push out smaller existing farms, but some say big farms could play a role in growing hemp, which has lower THC levels and can be used to make paper, cloth, and soap. Even if marijuana cultivation did become legal in California, there’s still a question of whether or not law enforcement would crack down on new growers if cannabis remains illegal under federal law. For now, companies that sell supplies for growing medical marijuana say they’re already getting ready for a big boom if Big Ag gets in on the game.