Should We Be Watering California’s Crops With Oil Field Wastewater?

After years of drought, farms are desperate for water. But a new report recommends taking a closer look at water that's being repurposed from oil fields. 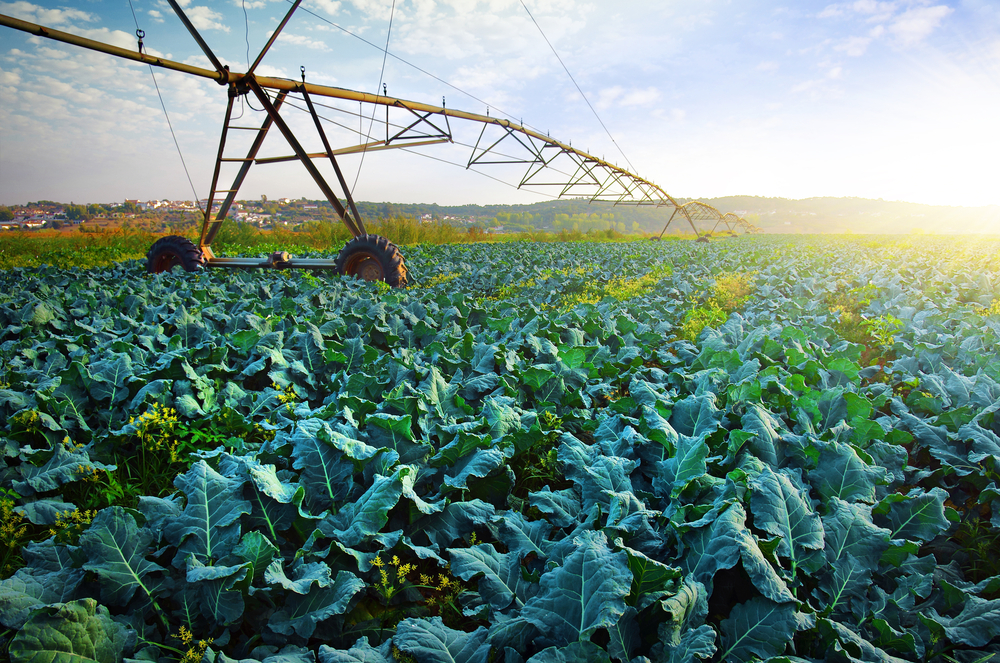 California is a major agricultural state. It’s also a major oil-producing state. And never the twain shall meet, right?

Not quite. In fact, there’s a big overlap in some areas of the state that are prime for both activities, mainly in the Central Valley. Besides shared geography, the two industries share something else: water. For about 20 years, oil companies like Chevron have provided millions of gallons of recycled oil field wastewater containing trace amounts of chemicals as irrigation water to farms that prize the reliable supply. But because of California’s severe, ongoing drought, reuse of oil wastewater for farm irrigation has expanded—as has scrutiny of the practice.

Concerns include the potential health and environmental effects on food crops grown with this water and eaten by consumers around the U.S., underscoring how California’s drought is America’s drought.

“The question now is about the chemicals used and their long-term effects,” said Matthew Heberger, Pacific Institute researcher and co-author of a recent study on the issue. The water is treated before it’s used on farms. But, “of the chemicals used in oil stimulation and fracking, not all of them are removed in the low-tech treatment methods.”

The study offers a thorough assessment of how oil field water use and wastewater generation could hurt agriculture, as well as recommendations on how to avoid the damage. California is unique because of its major role as the United States’ top food producer and its third biggest oil producer, a delicate balance for sure.

The Pacific Institute estimates that oil companies in the state use from 230-290 million gallons of water annually to “stimulate” oil wells for increased productivity, while a whopping 134 billion gallons comes back to the surface as wastewater (much of it as “produced water”). The vast majority of that wastewater is disposed of through underground injections and wastewater pits—both of which can have their own problems (like earthquakes with underground injections)—while a significant fraction is recycled for agricultural use.

For example, in the longstanding Chevron program, 21 million gallons of wastewater is lightly treated daily and sold to the Cawelo Water District which, in turn, blends it with freshwater and sells it to eager Kern County farmers who then irrigate 45,000 acres of crops.

But it’s unclear what chemicals are in that water because of lax water quality testing. The little publically available data has shown varying levels of harmful chemicals such as hydrocarbons (oil), acetone, methylene chloride, and the carcinogen benzene. A Mother Jones news report found that oilfield wastewater irrigated almond, pistachio, citrus, grape, and vegetable crops that enter the supply through major food brands.

To be clear, there has been no evidence of food contamination from recycled oil field irrigation water thus far. Whether it’s possible for plants to take up harmful chemicals from irrigation water has not yet been studied by scientists. As Heberger further observed, “We just don’t know the problems with chronic exposure to these chemicals.”

This echoes the study’s findings that a “major concern about reusing produced water for irrigation is the potential for humans and animals to be exposed to harmful contaminants in the water. Current monitoring efforts are insufficient to understand the risks to human and animal health.”

These unknown risks extend from the actual food produced to farmworkers and livestock. Not only is irrigation water a pathway to contamination, but other oil wastewater disposal methods have the potential for legacy pollution of groundwater and soils that could occur with underground injection and seepage from wastewater pits, the latter banned in many other oil and gas-producing states. An expert panel was convened in January to investigate the toxicity and long-term effects of hundreds of chemicals used in the oil fields which end up on farms.

A comprehensive approach to the food system is crucial to understanding the risks and tradeoffs that come with with the food on our plates. As Heberger explains, “[p]eople are concerned about their food and any adulterants in that food.” What risks are acceptable for farmworkers, for communities, and for consumers?

If we can’t count on soil and water that makes it possible to grow safe, clean food, how can we be confident in the system that brings it to us—especially as consumers clamor for increasing transparency?

A version of this post originally appeared on Ecocentric.