FDA to Start Testing for Glyphosate in Food | Civil Eats

FDA to Start Testing for Glyphosate in Food

The federal agency already tests for residues of many agricultural chemicals on food. Now it will include the widely used weed killer linked to cancer. 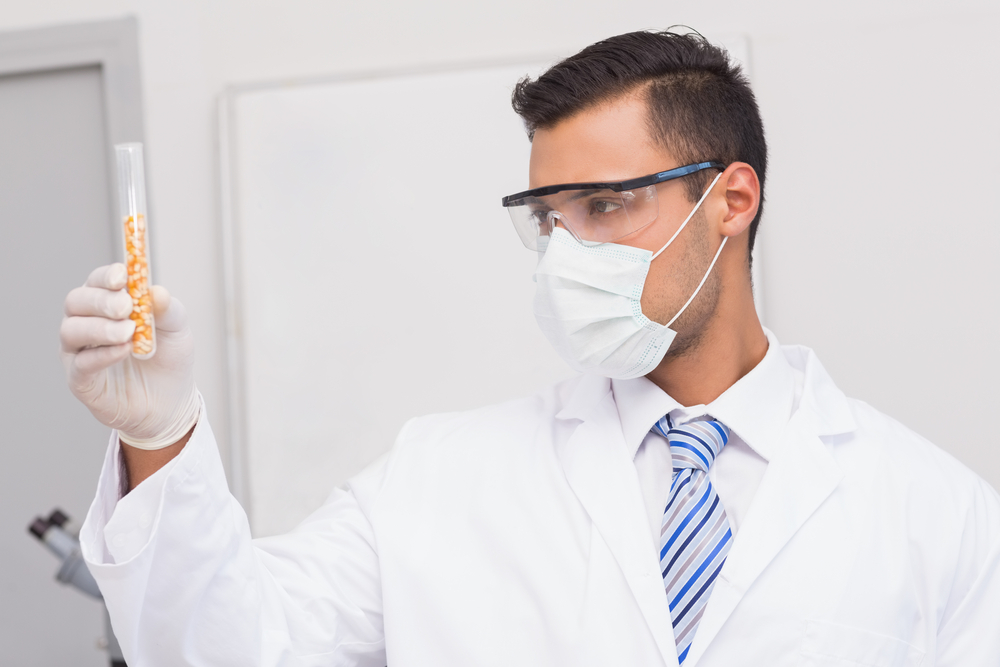 The FDA’s move comes amid growing public concern about the safety of the herbicide known as glyphosate, and comes after the U.S Government Accountability Office (GAO) rebuked the agency for failing to do such assessments and for not disclosing that short-coming to the public.

Private companies, academics, and consumer groups have recently launched their own testing and claim to have detected glyphosate residues in breast milk, honey, cereal, wheat flour, soy sauce, infant formula, and other substances.

FDA officials dubbed the issue “sensitive” and declined to provide details of the plans, but FDA spokeswoman Lauren Sucher said the agency was moving forward to test for glyphosate for the first time in the agency’s history.

“The agency is now considering assignments for Fiscal Year 2016 to measure glyphosate in soybeans, corn, milk, and eggs, among other potential foods,” she told Civil Eats. Soybeans and corn are common ingredients in an array of food products and genetically engineered (or GMO) varieties are commonly sprayed with glyphosate.

The start-up costs to implement selective residue methods for glyphosate at six FDA testing laboratories is pegged at about $5 million, according to a statement the FDA gave the GAO after the GAO criticized FDA for not testing for glyphosate in a 2014 audit. The GAO reported that it found multiple deficiencies in the FDA’s pesticide residue testing program, and specifically cited a failure to test for glyphosate, which the GAO called the “most used agricultural pesticide.”

“Maybe we shamed them into it,” said John Neumann, a spokesman for the GAO FDA report. Neumann said the GAO did not demand that FDA conduct such testing, but said at the very least, FDA needed to disclose the lack of testing. The GAO will be reviewing FDA’s progress on meeting all of the GAO recommendations in June, Neumann added. “There were significant limitations to the credibility of their data,” he said.

Both the FDA and the U.S. Department of Agriculture (USDA) routinely conduct such testing of foods for the residues of hundreds of pesticides. Both routinely skip testing for glyphosate, however, claiming such testing is too expensive and not needed to protect public health. Now, Sucher said, the agency has developed “streamlined methods” for testing for the weed killer.

Under the existing regulatory framework, the EPA sets standards—known as tolerances—for pesticide residues on foods. An arm of the USDA monitors meat, poultry, and processed egg products to ensure they do not violate EPA’s tolerances, while FDA monitors other foods, including fruits and vegetables. The USDA’s Agricultural Marketing Service gathers annual residue data for highly consumed foods. But unlike the USDA, FDA holds enforcement authority, the ability to take action against a company, if residues exceed legal levels, though critics have charged the FDA’s enforcement powers are weak.

Glyphosate is the active ingredient in Roundup, and is the most widely used herbicide in the world. Monsanto patented the herbicide in the 1970s, and it quickly became popular for its effectiveness in killing troublesome weeds. Glyphosate use skyrocketed after Monsanto introduced “Roundup Ready” crops in the mid-1990s, which were genetically engineered to be immune to glyphosate—meaning farmers could spray the pesticide directly over the crops. There are also many non-GMO crops, including wheat, that are sprayed directly with glyphosate before being harvested to help dry them out. Glyphosate is now off patent and is used in hundreds of herbicide products around the world.

The FDA effort comes during an intense political debate over perceived risks of genetically modified crop technology to human health and the environment, and glyphosate residues on food is a key concern. Several states have moved to mandate labeling of foods made with GMOs, and one such measure in Vermont is set to take effect July 1.  Many large food industry players and agribusiness interests are fighting mandatory labeling and seeking a federal bill that would block Vermont’s law.

The FDA move to start testing was cheered by Michael Hansen, senior staff scientist at Consumers Union, though Hansen said the USDA must not continue to duck the issue. The USDA’s annual pesticide data program (PDP), in operation since 1991, is considered the primary authoritative report on pesticide residues on food.

“That’s an excellent first step … but it should be part of the pesticide data program (at the USDA),” said Hansen. “The United Kingdom has been doing this for years. Given the vast expansion in use we should be seeing more exposure. They should have been doing it a lot earlier.”

Monsanto brings in about $5 billion annually in revenues from glyphosate. The company and other agribusiness interests say that there is no valid evidence linking glyphosate to disease or illness and trace amounts of glyphosate residues on food are nothing to fear. They say there are numerous studies that have determined glyphosate to be safe.

The U.S. Environmental Protection Agency (EPA) has largely agreed, and in 2013, raised the amount of glyphosate residues on certain food crops that the agency considered safe. A new risk assessment conducted by EPA of glyphosate was expected to be released last year but has been delayed.

But critics say several studies have linked glyphosate to human health ailments, including non-Hodgkin lymphoma and kidney and liver problems, and because glyphosate is so pervasive in the environment, even trace amounts can be harmful due to extended exposure.

A USDA spokesman, who did not want to be named, said that agency had been informed that FDA will start the testing with corn and soybeans. The USDA does not plan to start its own testing, he told Civil Eats. Monsanto had no immediate comment.

Editor’s note: Monsanto later provided the following statement with regard to its position on the possibility of FDA testing on glyphosate residues:

“While FDA hasn’t officially confirmed to us that they plan to move forward with residue testing, glyphosate’s 40-year history of safe use has been upheld by the U.S. EPA and regulators around the world following decades of study and review.  No data have ever indicated residue levels of more than a fraction of EPA’s very conservative Allowable Daily Intake or any level of concern.  If FDA does move forward with additional testing in a scientifically rigorous manner, we are confident it will reaffirm the long-standing safety profile of this vital tool used safely and effectively by farmers, landowners and homeowners around the world.”