All the News That’s Fit to Eat: Smaller Sodas, a GMO Battle in Oregon, and a Bee Sperm Bank 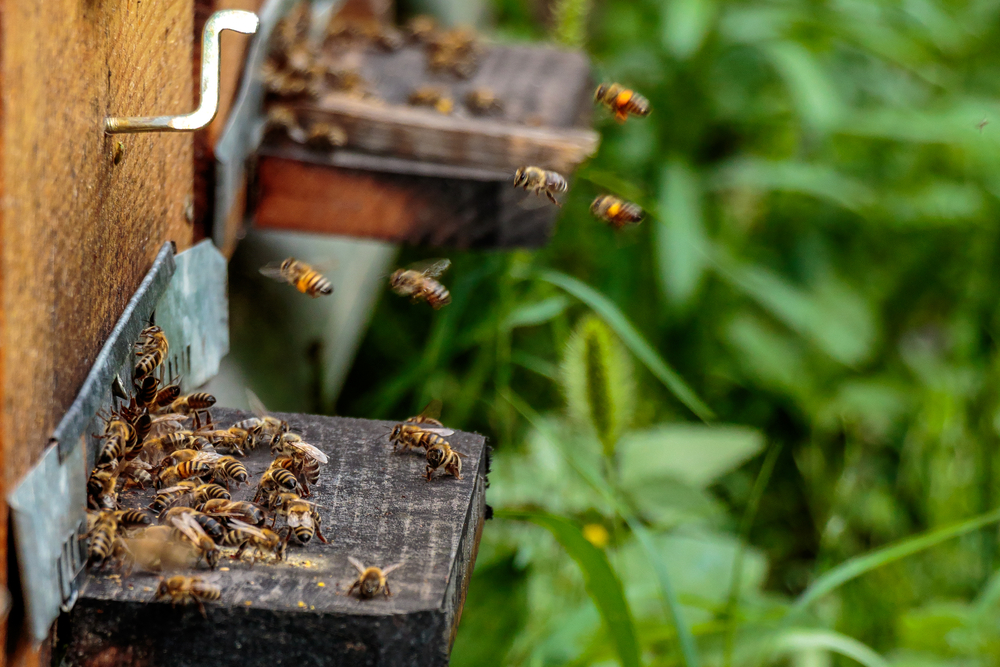 Busy week? Luckily, we’ve made it easy for you to catch up on food policy news.

According to a new study, the deformed wing virus, which has been decimating bee populations worldwide, is “largely a man-made problem.” The human trade and transport of honeybee colonies is said to have spread the virus from Asia to Europe to North America, and then to Australia and New Zealand. While the virus does not seem to be a major threat to hives on its own, it can be deadly if combined with Varroa mites, another common honeybee affliction.

Contamination from nearby genetically engineered crops is causing organic farmers in Oregon to suffer financial losses. This week, over two dozen people testified in support of a bill, which would repeal 2013 legislation prohibiting local governments from regulating crops or seeds. A dozen companies, including Monsanto and Syngenta, contributed at least $127,000 to get the 2013 legislation passed. Supporters of the new bill say it “puts the decision-making back to the local government, where people can’t get bought out,” while opponents say farmers should be able to work among themselves to resolve conflicts.

The Shocking Truth About America’s Ethanol Law: It Doesn’t Matter (For Now) (NPR’s The Salt)

There’s been a lot of talk lately about the Renewable Fuel Standard (RFS), the law that requires gasoline manufacturers to purchase large quantities of ethanol, because Republican presidential candidate and Iowa caucus winner Ted Cruz vehemently opposes it. Iowa is a top producer of ethanol, and the industry spent millions of dollars campaigning against Cruz. Midwest farmers grow 35 million acres of corn each year to produce ethanol, which is then blended into the gasoline that fuels our cars. Some experts say that even if the RFS went away, gasoline companies would still blend ethanol into their fuel to boost octane levels—a measure of gasoline’s tendency to ignite under pressure. Ethanol has a high octane rating, and, for now, other compounds the gasoline industry could add to boost octane levels are more expensive.

With honeybees under stress from pests, disease, and pesticides, U.S. Department of Agriculture (USDA) officials in Fargo hope to build a gene bank to preserve bee genetic material for future generations. One experts involved with the project said the honeybee is the only domesticated species that does not yet have a sperm bank or germplasm repository. Bee embryos are delicate and more difficult to preserve that those of other insects. USDA biologist Arun Rajamohan says it will take him at least three years to learn the specific timing of the procedure, but after the process is developed, they should be able to store the embryos in liquid nitrogen indefinitely.

In an attempt to reboot itself as the agricultural technology center of California, Salinas wants to turn the sons and daughters of farmworkers into coders for the next generation of data-driven, automated farming. But it will have to do more than build high-tech facilities to pull it off.

Mexico grows some 59 varieties of corn and consumes more of it per capita than almost anywhere on earth. But over the past two decades, hundreds of thousands of small corn growers have given up their farms after a government program to support prices ended, subsidies targeted larger farms, and free trade with the U.S. drove down corn prices. Now, Mexico imports about 10 million tons of corn from the U.S. each year, nearly a third of what it consumes. But there’s a growing market for the native corn that is central to Mexican identity: Chefs in New York and Los Angeles are buying native corn from Mexico and grinding it in-house to make tortillas, tamales, and more.

Disagreements between the USDA and the U.S. Environmental Protection Agency (EPA) over the risks and benefits of pesticides have caught the attention of the agricultural industry and some lawmakers. At least five times in the past 12 months, senior USDA officials have sent letters to the EPA criticizing the agency’s pesticide decisions. The USDA says it is specifically concerned “that the EPA will restrict farmers’ access to pesticides based on flawed or incomplete science.” Representative Rodney Davis (R-Ill), the Agriculture subcommittee’s chairman, said he planned to bring up the issue this week at a full committee hearing with EPA Administrator Gina McCarthy.

As soda consumption has declined, Coca-Cola has started selling its product in smaller packages in hopes of boosting sales. The strategy may be working for them, because this week, the company reported that global soda volume sales rose in the last three months of 2015. Smaller packages benefit Coca-Cola in a few ways. They allow the company to save money on packaging materials, and the smaller sizes are appealing to consumers who want to drink less soda. But Brian Wansink, the director of the Cornell Food and Brand Lab, believes sodas “marketed as minis” can actually increase consumption.

Jesse Amaral, the owner of Petaluma’s Rancho Feeding Corp., has been sentenced to one year and one day in prison in a tainted-beef case that led to a nationwide recall of 8.7 million pounds of beef and veal. Amaral admitted that he deceived meat inspectors and processed cattle that were unfit for human consumption. Among the ranchers who lost money because of the meat recall were Bill and Nicolette Niman of BN Ranch. The Nimans say they suffered about $6.3 million in direct and indirect losses because of the recall, an amount prosecutors wanted Amaral to pay. But U.S. District court Judge Charles Breyer declined to require him to provide restitution. Four other Rancho workers also pled guilty and will be sentenced.

Super Bowl winner and Denver Broncos’ linebacker Von Miller, who is 26 and studied poultry science at Texas A&M, has a small chicken coop in his 3,000-square-foot backyard and hopes to become a chicken farmer in the offseason or in retirement. He already has 40 to 50 birds—and several chicken tattoos.