Company May be Setting Bar for Food Transparency | Civil Eats

The Real Co. is launching a new “Single Origin Verified” label to tell consumers exactly where their food comes from and who made it. 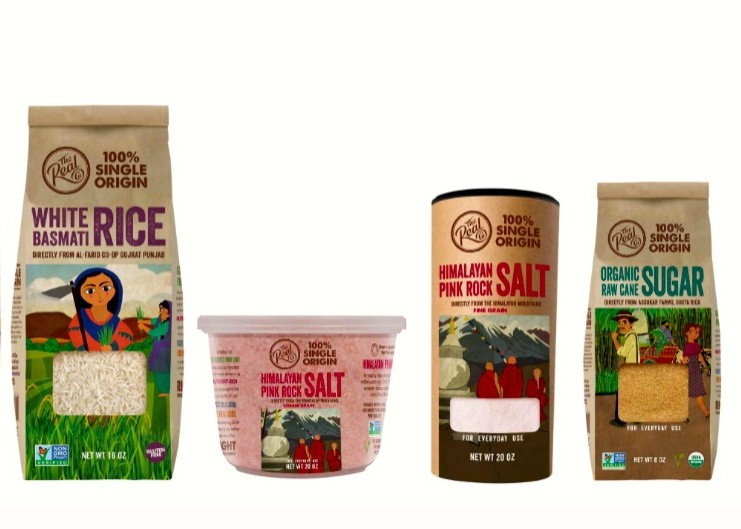 About three hours outside of Lahore, Pakistan, Malik Anwaar (pictured below) and his son spend their days mining pink rock salt from a local mine. They use hand-turned equipment and techniques that Anwaar’s family has passed down for generations.

When Colin Carter first approached Anwaar to buy his salt, Carter says he was met with cynicism. An Irish businessman was offering to purchase large amounts of salt, on a regular basis, and at a higher price than Anwaar could get on the local market, which is where he and his fellow villagers normally sold their product. It sounded at first like a scam. But Carter bought a container, built some trust, and has since bought several loads to supply The Real Co., the single-origin pantry staple company he founded in 2014.

Since then, Anwaar has been able to make modest improvements to his operation, including upgrading his storage facilities, thanks to the steady market and boost in price. And, according to The Real Co.’s CEO Belal El-Banna, the salt’s improved quality has been worth the price. He says had a buyer tell him that it was less harsh than other salts he carried, so El-Banna’s team asked the miners what the difference was. 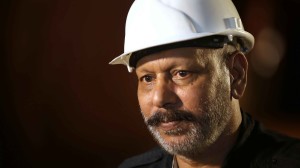 “They said the majority of people who extract salt use dynamite and machine extraction, which mixes all the salt together. But being a mining family, [Anwar’s family] understands the difference between food-grade and spa-grade salt,” said El-Banna. “The quality comes through because they know a lot about their product.”

This difference speaks to the philosophy behind The Real Co., which sells staples like salt, sugar, and rice from individual farms and producers and adds their names to the product’s label in hopes of providing customers with a new type of transparency and traceability. For example, if three different farms are growing the same kind of rice, The Real Co. sells that rice in three different packages.

The Real Co. products are currently sold in about 700 independent retailers around the U.S., as well as some major grocery chains, including ShopRite and Natural Grocers, and the company is moving further into mainstream stores, because, El-Banna said, it manages to keep its prices competitive.

Its model has cut out the middleman, so there are fewer people taking a cut—leaving room to benefit both the producers and the consumers. As a result, The Real Co. can sell pink rock salt, for example, at a price somewhere between what you might pay for another high-quality rock salt at your local health food store and for the bargain box of iodized salt at the nearby supermarket.


Using increased transparency to improve the well-being both of farmers and food producers and of their local communities, as well as the quality of food, is a model that El-Banna and Carter want to bring to the food industry more broadly. Now, they plan to work with a third-party certifier (yet unnamed) to launch a certification scheme that will allow other companies to place a “Single Origin Verified” label on their foods.

“The single origin certification goes over and above things like fair trade or organic. It talks about not just where the product comes from, but whether the farms they source from have a sustainable program, whether the products are non-GMO, how the people are being treated on the farms, and so on,” said El-Banna.

The certification scheme will be launched at Natural Products Expo West, a trade show in California next month.

The Real Co. isn’t the only company increasing the transparency in its products and supply chains. One Degree Organics has QR codes on its products that, when scanned, tell customers where the ingredients in each food came from. Some companies, such as Fishpeople, are building traceability into their business model, and other initiatives have tried to bring QR codes into restaurants to bring transparency to the fish used in sushi.

This is the thinking over at The Real Co., too. And it’s precisely the growth and success of companies like One Degree that lends promise to the success of the Single Origin Verified label. Transparency is something that consumers, increasingly, are looking for.

Expanding on the Coffee Model

Coffee and chocolate lovers may already be familiar with the single origin model, which has begun, to some extent, to replace fair trade for some coffee, tea, and chocolate companies. For Eileen Rinaldi, owner of San Francisco-based Ritual Coffee Roasters, the biggest benefit of single origin sourcing is the quality of the product and the direct connection to the producers.

“I’m leaving Saturday to go to El Salvador, and I’ll be bringing back bags of coffee with my producers’ names on them,” she said, explaining that has become a source of pride for the farmers.

“Even though they live in El Salvador, and I’m selling this coffee in San Francisco, they know that somewhere, somebody is reading their name and associating that quality with them,” says Rinaldi.

She added that this approach also becomes the biggest obstacle to growth. “That’s the limiting factor in our growth—we can’t just find producers who care about quality overnight.” But she says she is looking to work only with producers who plan to improve the quality of their product over time.

Whether the model will resonate with consumers outside the realm of coffee remains to be seen, although Rinaldi points to local food venues like farmers markets, which have become a popular way to connect consumers to their food producers.

“I think that people would be receptive to extending that to other products. I mean, why do we care about who grew our lettuce, but not our rice?” she said.

Companies won’t need to operate using The Real Co.’s model in order to receive the single-origin certification. Different levels of certification will allow companies to identify where all of their ingredients come from, or just some of them.

El-Banna concedes that there are already enough labels and certifications out there to overwhelm a customer. The point, though, isn’t to create another feel-good label. “We don’t want it just to be a tick in the box. We want it to be something that comes from a rooted belief in supplying consumers with transparency and visibility,” he said.

He says he has already discussed the concept with dozens of companies, and 30 or 40 are interested in the certification so far. “Anyone who knew where their ingredients came from was very happy to be included,” he said, noting that he’s also had interest from some retailers who would like to use the certification on their private label.

“At the end of the day, the success of the certification is less important than people being transparent about where their products come from,” said El-Banna.