The Woman Fighting to Make Sustainability Part of the American Diet

Dr. Miriam Nelson was a key figure behind the effort to work sustainability into the nation’s 2015 dietary guidelines. And she has hope for the future. 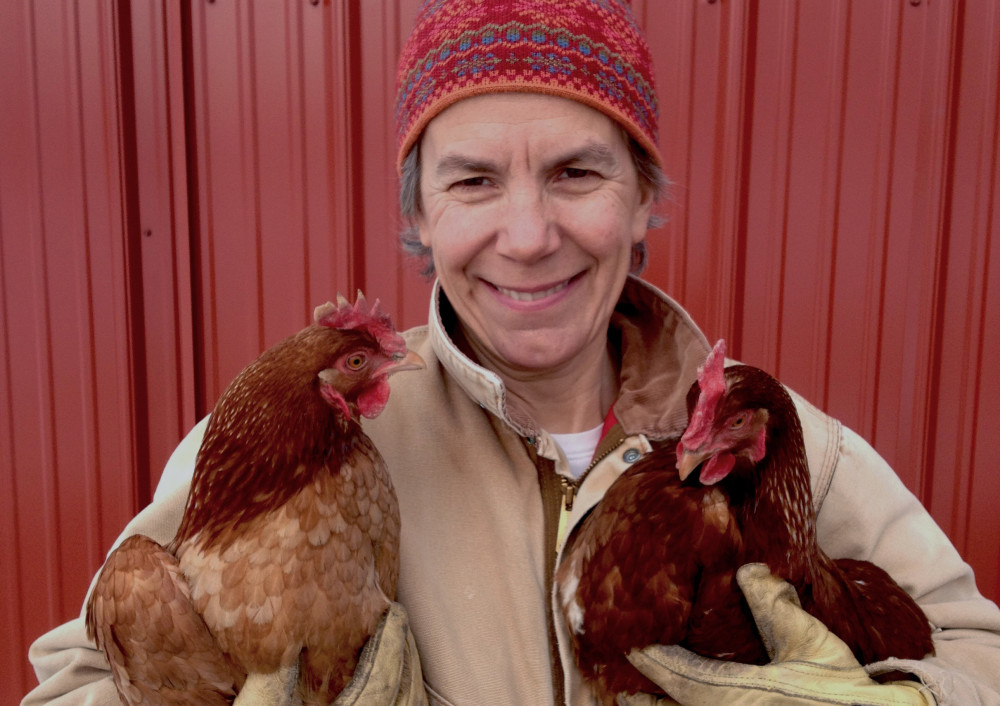 The dust is beginning to settle on the 2015 Dietary Guidelines for Americans (DGA). And while the final guidelines turned out to be very similar to those from years past, they came close to changing in some very significant ways—including a recommendation that Americans consider sustainability when deciding what to eat.

For Dr. Miriam Nelson, an associate dean and professor of nutrition at Tufts University, the fact that the sustainability conversation got as close as it did to impacting the guidelines was an important step. Nelson—who has served on the committee that shapes the dietary guidelines for the last two terms—pushed to address the impact of our diets on the environment. And advocates will likely have her to thank if the guidelines do change in the years ahead.

Two Steps Forward, One Step Back

Back in 2010, Nelson brought up the topic of sustainability, but the 600 page Dietary Guideline for America Committee (DGAC) report only devoted two sentences to it that year: one on the lack of agricultural land to feed Americans the recommended quantity of fruits and vegetables, and another on the sustainability of fish.

Then, when the more recent, 2-year committee process began back in 2013, Nelson brought it up again, seeing it as an important progression of the 2010 edition. “The committee was very enthusiastic and thought this was a very important topic for us to consider, even though it was brand new,” she recalls. “That was an important litmus test.”

While the 2015 DGAC scientific report specifically focused on meat reduction, the committee originally discussed another 15 sustainability-related questions, including the benefits of grass-fed versus factory farm-raised animals and organic versus conventional food.

How did sustainability go from a two-sentence cameo in the 2010 committee report to a substantial part of the 2015 edition? Nelson points to an increase in academic literature supporting its inclusion. “We had fifteen high-quality, low-bias peer-reviewed studies that looked at the issue. Most of this literature was published in the last six to seven years,” she says.

Still, the DGAC report’s focus on the environmental impact of our food choices received backlash from the meat industry, so much so that the final guidelines do not mention sustainability at all.

Throughout the two years the committee spent preparing the 2015 report, Nelson says she wasn’t sure if the sustainability piece would make it to the final document. In fact, she was surprised the backlash didn’t happen sooner, since the DGAC held public meetings to present their ongoing work three or four times a year.

But she adds, the meat industry was “poised, coordinated, and well-backed literally the day the report came out.”

“The industry did three things reminiscent of the tobacco industry,” she adds. “It discredited the science, discredited the scientists, and deflected the issues. Good science is under attack right now. If I were an investigative reporter, I would want to know how much money went into this.”

One of the meat industry’s central complaints was that sustainability was outside the scope of the dietary guidelines. Nelson disagrees. “You can’t think about long-term food security without thinking about sustainable diets. And food security has always been a central tenet [of the guidelines]—back in 1980 when they were first developed, and even before there were guidelines.”

Nelson also points out that the guidelines have, for years, included physical activity, which is related to, but not directly tied to, diet. “This is not about scope; it is about political pressure. The evidence is strong that Americans need to eat less meat—especially red and processed meat. That was doubly supported by the World Health Organization, which reviewed the same evidence. [The absence of sustainability from the final DGAs] was a cave-in to the private sector.”

New York University nutrition professor and author Marion Nestle says she was “impressed” by Nelson’s leadership “in encouraging the DGAC to do what most needs doing to improve U.S. food policy: bring agricultural policy in line with health policy and vice versa.”

Despite the removal of sustainability from the ultimate guidelines, Nestle describes the 2015 DGAC report as a “valiant attempt to consider agriculture and health as part of the same continuum.”

While the 2010 dietary guidelines garnered only around 1,000 public comments, the 2015 guidelines prompted 30,000. Nelson says approximately 80 percent related to sustainability—and almost all were in favor of the report’s conclusions. Comments came in from individuals, grassroots organizations, and even big multinationals that, according to Nelson, “are thinking about a sustainable supply chain because they think it is good business and it is what consumers want.”

The Future of the Guidelines

The work toward the 2020 guidelines begins in two years and Nelson is optimistic that last year’s process could lead to greener guidelines next time around. For one, she’s working to make the business case for a sustainable American diet: “If you don’t have the private sector as part of this dialogue, we will get nowhere. We have to find the most responsible players and provide them with support.”

Health and sustainability advocates should already start planning, too, she adds. Committee members are brought in for specific expertise, and Nelson hopes the Department of Health and Human Services (HHS) will recruit one or two sustainability experts. She recommends that advocates bring this up to Congress and ensure that the executive branch (HHS/USDA) have it high on their priority list.

“What we didn’t address in the report, but mentioned as an implication, was that within food categories (beef, almonds, dairy, etc.) there are more or less sustainable methods,” she says.

Public health attorney Michele Simon, who worked with a coalition of plant-based food companies to support the advisory committee’s recommendations to eat less meat and more plants and to include sustainability in the dietary guidelines, has hope for the future. “With passionate leaders like Miriam Nelson on our side, I am confident that future dietary guidelines will incorporate the critical ideas she has championed.”

As Nelson prepares for her next position as deputy chief sustainability officer and director of the Sustainability Institute at the University of New Hampshire, she hopes to further thought leadership on sustainability, public health, and climate change nationally and globally. The role might also help her convince her colleagues to focus in on these nuances of food production as they shape the next guidelines.

“It was important we do the groundwork in 2015, so it is an absolute given that sustainability will be in the 2020 edition,” she says.