Step Inside a Citrus Grove in a Geothermal Nebraska Greenhouse (VIDEO)

Can the Midwest grow lemons and oranges? Yes—if you tap into the earth's energy like one Nebraska grower. 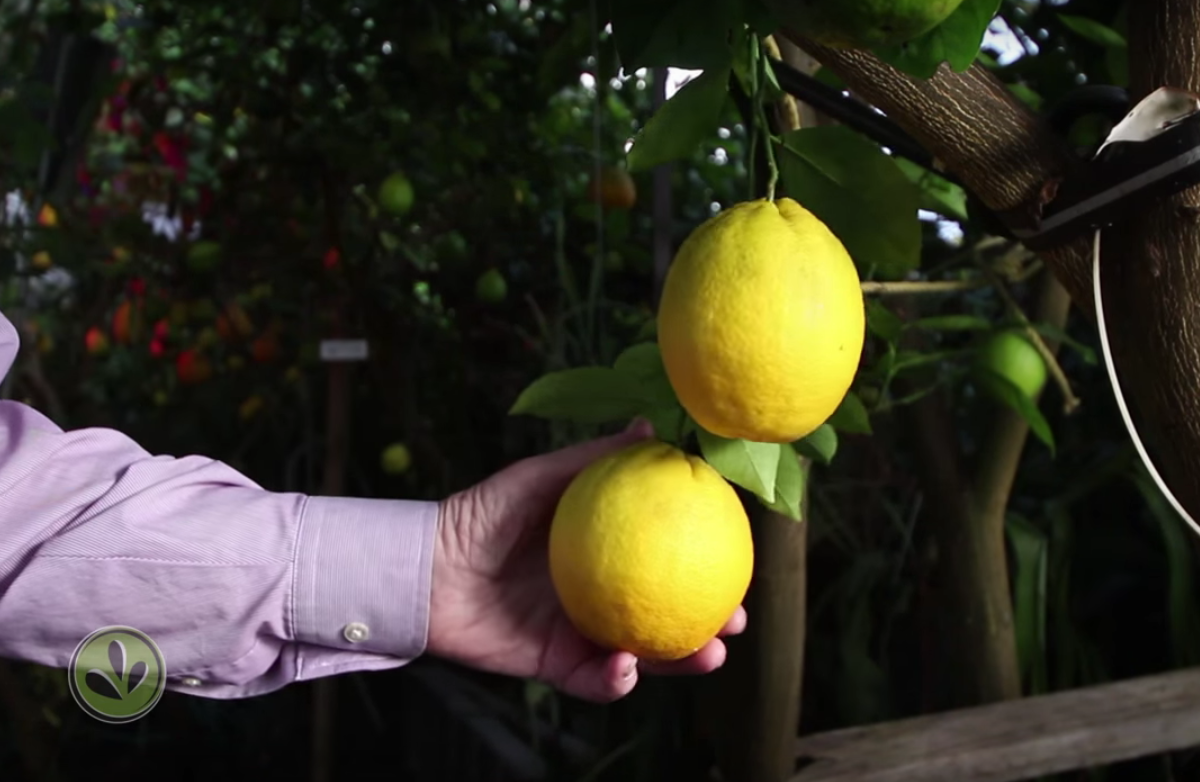 High on the Nebraska plains, there’s a citrus grove with trees holding up a canopy of lemons, grapefruit-sized oranges, green figs, and bunches of grapes.

Yes, it’s indoors. And it’s only possible because it taps into the core of the earth’s own energy, geothermal heating in the winter and cooling in the summer.

Russ Finch, a former mail carrier and farmer, designed the greenhouse, which he calls the Greenhouse in the Snow. The original, which he built more than 20 years ago, is connected to his home.

You don’t often see orange trees in Nebraska, but Finch says growing citrus was a way of showing that his geothermal greenhouse could work.

“Any type of plant we saw we would put it in and see what it could do. We didn’t baby anything,” Finch said. “We just put it in and if it died it died, but most everything really grows well. We can grow practically any tropical plant.”

It doesn’t stay hot in the greenhouse all the time. But even in a cold Nebraska winter geothermal heat keeps the orange trees comfortable.

“All we try to do is keep it above 28 degrees in the winter,” Finch said. “We have no backup system for heat. The only heat source is the earth’s heat at 52 degrees at 8-foot deep.”

Perforated plastic tubes make a circuit underground outside the greenhouse in a trench 8-feet deep where Finch says the temperature remains a steady 52 degrees year-round. A fan moves air through the tubes and into the greenhouse when it gets too hot or cold.

There are no propane or electric heaters, just a small motor that runs the small fan. That means the greenhouse uses very little energy, keeping costs down to about $1 a day, all but cutting out the fossil fuels needed to control the climate inside. A typical commercial greenhouse uses gas-burning heaters and big fans to keep things steamy.

“There have been hardly any successful 12-month greenhouses on the northern High Plains because of the weather,” Finch said. “The cost of energy is too high for it. But by tapping into the earth heat we’ve been able to drastically reduce the cost.” Particularly in parts of the country with cold winters.

Finch grows a few hundred pounds of fruit each year to sell at local farmers markets, but the main business is selling the design. A new greenhouse costs $22,000 to build. So far he says 17 of them have been built in 6 states, and one in Alberta, Canada. That includes one nearby at the Alliance, Nebraska, high school where students grow tomatoes, cucumbers and other vegetables to serve in school lunches. 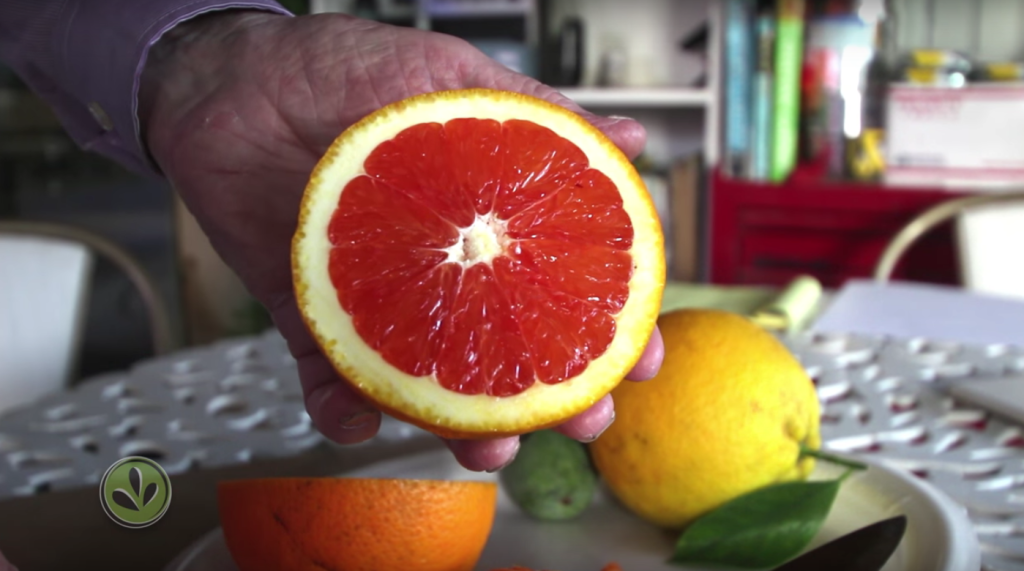 Finch believes the idea of a geothermal greenhouse is more than a novelty. He points to the challenges in the traditional fruit industry with greening disease threatening groves in Florida and Texas and California farmers searching for new water supplies. Why not move a segment of the citrus industry to middle-America?, he asks.

“Not only can we grow [the fruit] cheaper on cheaper land, we’ve got the water, abundant sunshine, and you don’t have the transportation cost,” Finch said. “We can grow the best citrus in the world right here on the High Plains.”

It’s hard to imagine the rows of greenhouses you would need to replace a Florida citrus grove. But a place to grow oranges in Nebraska with little more than the sun and the warmth of the earth is still something to see.

A version of this post previously appeared on Harvest Public Media.