All the News That’s Fit to Eat: The #FightFor15 in Iowa, Locol Opens in Watts, and Farmworkers’ Obamacare Bind 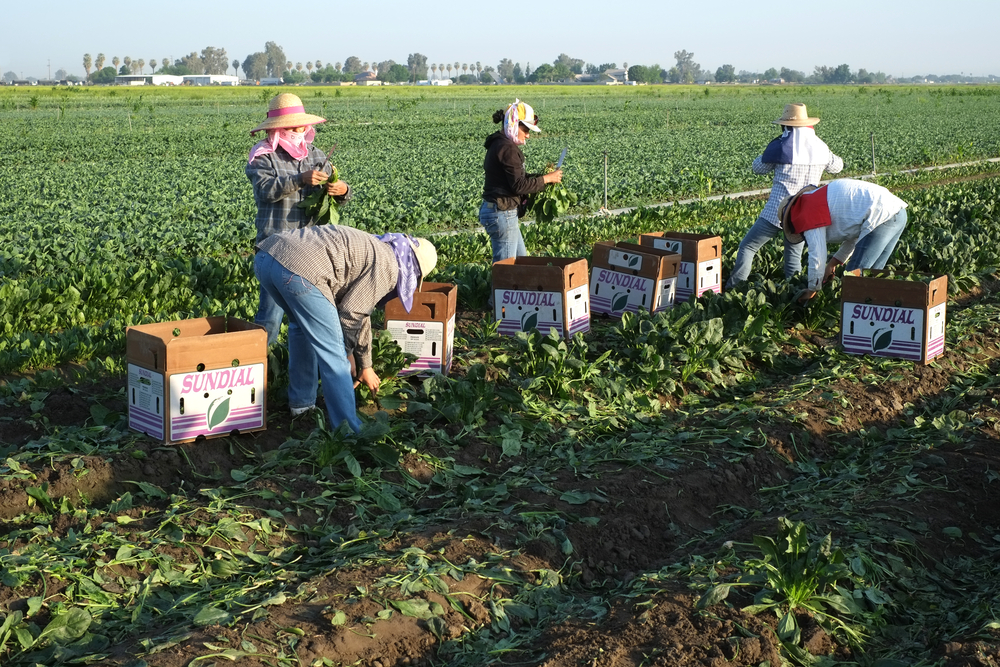 Get yourself up to date on the week’s food news.

Next month, President Obama will propose in his 2017 budget that families who qualify for subsidized school meals be given a special electronic benefits card that will allow them to buy an additional $45 in groceries per child each month when school is out. The plan will cost $12 billion over the next 10 years, and is unlikely to be embraced by the Republican-led Congress, which has been trying to cut back on such spending in recent years.

This week, the 9th U.S. Circuit Court of Appeals rejected the U.S. Environmental Protection Agency’s (EPA) request to vacate its own scientists’ 2014 approval of Dow Chemical Co.’s weedkiller known as Enlist Duo. The herbicide, which was designed by Dow to use on their new generation of genetically engineered corn and soybeans, is a mix of glyphosate, the nation’s most popular weedkiller, and 2,4-D, both of which have been linked to cancer and other health problems. Last month, we reported on why the EPA said it would revoke its approval of Enlist Duo.

Fast-food workers staged their first-ever strike in Iowa yesterday, on the day of the final Republican debate before the state’s caucus, demanding a $15-per-hour minimum wage and union rights. While the bulk of Republican candidates consider the group’s demand to be too radical, the Democratic Party has added a $15 hourly national minimum wage to its platform.

A new Consumer Reports study found that nearly two-thirds of consumers are misled by foods labeled such as as “natural,” with nearly half of those polled believing that natural claims on labels had been independently verified. The study also found that many people think a natural label on processed foods means no pesticides, artificial ingredients, artificial chemicals, or genetically modified ingredients were used. There’s currently a debate over what “natural” should mean. In November, the Food and Drug Administration (FDA) asked the public to comment on how it should define the term. Comments are due by May 10th.

Canada’s official environmental watchdog is concerned that authorities are allowing the long-term use of pesticides linked to bee deaths without having enough information about the products. Environmental Commissioner Julie Gelfand said nine pesticides, eight of which are neonicotinoids, have been conditionally registered for more than a decade, even though the federal health ministry agency has not gathered the required data. Last July, Ontario became the first government in North America to curb the use of seeds treated with neonicotinoids.

Wal-Mart’s decision to close 154 stores across the country will create three new food deserts in neighborhoods in Alabama, Arkansas, and Kansas. The U.S. Department of Agriculture (USDA) considers a neighborhood a food desert if at least one fifth of residents live in poverty and a third live more than a mile away from a supermarket in urban areas, or more than 10 miles in rural areas. The closures will also affect another 15 states and 31 neighborhoods that will be left without a place to buy fresh produce and meat.

Locol, a new California restaurant chain opened by Chefs Roy Choi and Daniel Patterson, aims to prove that food can be fast, delicious, affordable, and healthy—while feeding underserved communities. The first branch of the chain opened this week in Watts, an under-resourced Los Angeles neighborhood surrounded by unhealthy fast-food restaurants like Popeyes and Burger King. Locol’s burgers are served in a bun much thinner than what you’ll find at traditional fast food restaurants, and they come loaded with leafy greens. The chain also offers spicy corn chips, greens, and flatbread instead of French fries, and agua frescas in place of sodas. Locol will open its second location in Oakland.

Farm labor contractors, who are now required to offer their workers health insurance under the Affordable Care Act (ACA), are complaining about the cost in their already low-margin business. Immigration problems are also a concern, since half of the farm labor workforce in the U.S. is undocumented. Many labor contractors who have low profit margins are passing the costs onto the farmers, who in turn are passing the bill onto the farmworkers. Contractors say they’re stuck in a bind, because the ACA doesn’t cover undocumented immigrants, but contractors will get fined if they don’t offer them coverage.

Invisible Sentinel has developed a patented technology called Veriflow that uses a hand-held device to detect the DNA of microorganisms like E. coli, salmonella, and listeria quickly and at a relatively affordable price. More than 100 companies in the U.S. and more than 50 internationally already use the technology. Large food companies with in-house labs often pay tens of thousands of dollars for equipment and usually need highly trained lab technicians or microbiologists to run them, but Invisible Sentinel can set up an in-house lab for about $5,000 and train almost anyone to use it in less than a day. Globally, two billion tests are done annually for pathogens and spoilage organisms, and the rate is growing at about 5 percent a year.