As Bees Die Off, the EPA Shuffles its Feet | Civil Eats

As Bees Die Off, the EPA Shuffles its Feet 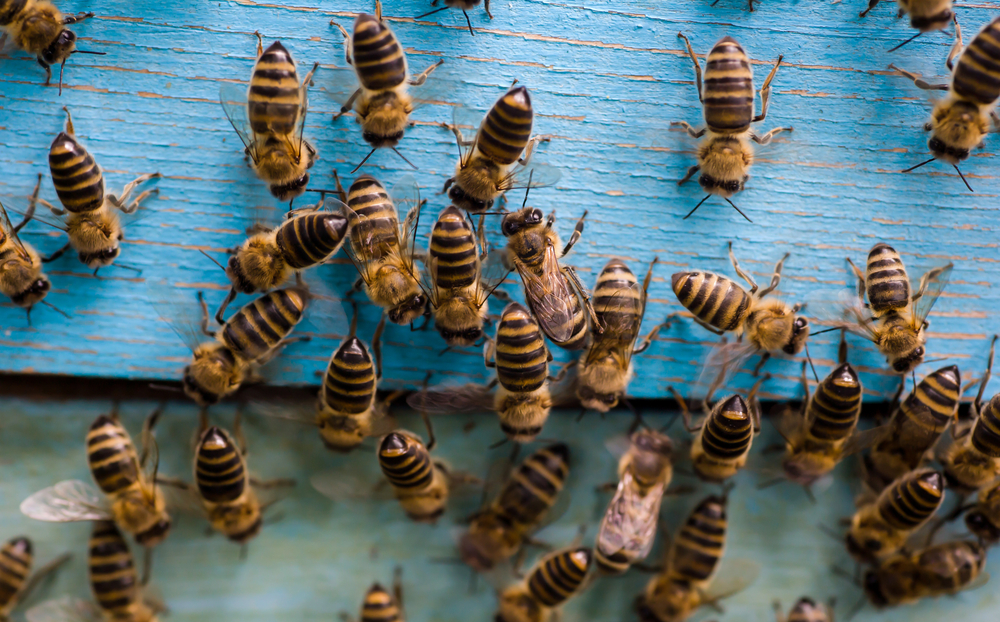 Lately it seems like bees just can’t get a break. This is the tenth consecutive year of exceptional annual bee losses. And despite heightened attention to the plight of the nation’s pollinators—which are essential to producing $15 billion worth of U.S. agricultural products a year—these losses continue to grow.

Beekeepers and scientists point to a suite of factors impacting bee health. But fundamentally, what’s stressing bees most is our current approach to agriculture: extensive pesticide use, crop monocultures, and planting patterns that have eliminated many of the blooming plants important to bees. Recent science also shows that multiple pesticide exposures are weakening bee immune systems and making them more vulnerable to diseases and pests.

At the heart of this debate are neonicotinoids, now considered the world’s most widely used type of pesticide. When the U.S. Environmental Protection Agency (EPA) first approved neonicotinoids for use in the 1990s, many questions about their toxicity were left unanswered. But they were known to be toxic to bees at high levels of exposure. Now, in a just released draft assessment of imidacloprid—one of a handful of neonicotinoids in use and the first of four such assessments scheduled—the EPA says that any “residue level” above 25 parts per billion may harm “pollinator hives.”

This is significant, especially considering the way neonicotinoids are most often used: in seed treatments as systemic pesticides. As systemics, they stay with the plant as it grows and are present in nectar, pollen, and leaf surface moisture—places where bees can be exposed repeatedly to just the types of levels EPA now says are harmful.

In the U.S., neonicotinoids are now used on most of the corn and soy we grow, as well as on crops like citrus, cotton, wheat, grapes, and nut orchards. An estimated 150 million-plus acres are planted with neonicotinoid-treated seeds across the U.S. They’re also in many landscaping and garden products and are used to treat outdoor building materials. And their use has escalated rapidly. According to the U.S. Geological Survey, between 2004 and 2013, neonicotinoids used on corn went from less than half a million pounds to over 3 million pounds, and use on soy went from virtually none reported to over a million pounds.

“I’m out picking up dead hives right now,” said beekeeper and past president of the American Beekeeping Federation, Tim Tucker, speaking with Civil Eats from his home in southeastern Kansas. Tucker estimates that he’s lost about 50 percent of his hives so far this winter.

Commercial honeybees are expected die-off in winter, but over the past 10 years these losses have consistently been unacceptably high. And now beekeepers are also losing hives during the summer—sometimes in greater numbers than over the winter. The losses, said Tucker, “are way beyond what some of us who’ve been in the business 30 years” ever expected to see.

On January 6, the same day the EPA released its imidacloprid assessment, a group of beekeepers, farmers, and environmental groups filed suit against the EPA. The lawsuit contends that by failing to consider neonicotinoid seed treatments as pesticide use, the agency isn’t properly regulating them.

As concern has grown over neonicotinoids’ adverse impacts on bees, the EPA has taken steps to limit their use when plants are blooming and bees are present. But these measures don’t apply to seed treatments. In fact, explained plaintiff and beekeeper Jeff Anderson, according to the EPA, neonicotinoid seeds are “not considered a pesticide application,” and are thus being used without adequate precautions.

As Paul Towers, spokesperson for Pesticide Action Network, one of the plaintiffs, explained, “Use of these products has grown astronomically and the EPA is ignoring the extent of this use.”

These seed treatments have “all the effects of a pesticide poisoning,” says American Beekeeping Federation president Gene Brandi, who, like Tucker, is not a party to this lawsuit, but shares the plaintiffs’ concerns.

Not only do these systemic pesticides end up throughout the crop plants and get transported back to hives, but when they’re used on corn seeds, their neonicotinoid coating often flies off as dust when the seeds are planted mechanically, explains Anderson. This material, he says, contaminates vegetation on field borders and “you end up with a lot of queen [bee] mortality that ties directly to spring planting,” he says.

The plaintiffs contend that the EPA is well aware of these problems and has not done enough to warn farmers. The agency has also said it won’t require warnings or restrictions on these these pesticides until they are formally reevaluated—a process that can take years.

Neonicotinoid manufacturers Bayer and Syngenta say they stand by their products. “We urge EPA to vigorously defend its current policies, which are clearly applicable to treated seed,” said Syngenta in a statement. According to Bayer, the EPA itself has found that “by and large imidacloprid did not pose risks to honey bee colonies, particularly on common agricultural crops like corn, potatoes, and tomatoes.”

Anderson, Brandi, and Tucker all point to what they call the “prophylactic” use of pesticides as a big part of the problem. Using them preventatively is a “complete departure” from a sustainable approach to pest management, says Tucker. “The whole neonic thing was not done properly,” he adds.

The EPA’s imidacloprid assessment is now open for public comment until mid-March. Draft risk assessments for three other neonicotinoids: clothianidin, thiamethoxam, and dinotefuran are expected in December. In the meantime, business continues as usual. And in less than a month’s time the country’s biggest pollination event of the year will get underway: California’s almond bloom.