How Agriculture is Helping These At-Risk Teens | Civil Eats

How Agriculture is Helping These At-Risk Teens 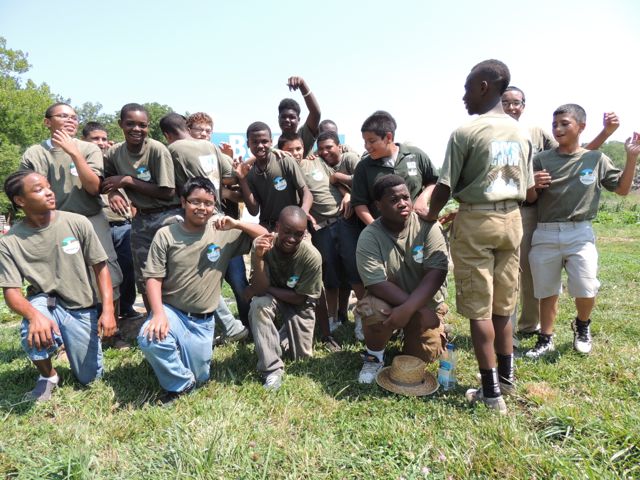 A puppy races down the gravel driveway to greet Tyson Hicks-Garlington. The 17-year-old teen rubs its neck as he greets his mentor of several years, John Gordon, Jr. They walk past goats and chickens inside an enormous pen, and stop before lush fields, where Hicks-Garlington introduces himself for the interview with steady eye contact and a firm handshake.

Gordon lets the young man take the lead. As the founder of BoysGrow, Gordon revels in seeing young men speak for themselves. The nonprofit organization pays at-risk teenage boys as they learn about entrepreneurship through growing and selling fresh vegetables. Under the guidance of dedicated staff and volunteers, the young men who work on this 10-acre farm outside of Kansas City, Missouri produce and market their own organic food and artisan farm products like salsa and barbecue sauce.

Hicks-Garlington became a junior staff member last season, after two years as a program member. When he joined the program, at age 14, he was initially attracted to the paycheck. But participating has taught him plenty about respecting people, building bonds with co-workers, and taking a leadership role. “You can learn anything from anybody, no matter what they look like,” he says. 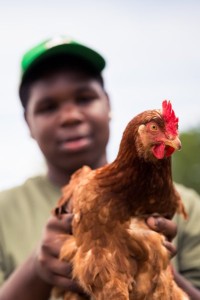 The boys learn business and life skills through agriculture. “We’ve created a system and a way to get teenagers to ‘buy in’ to the program,” Gordon says. His goal is to take a demographic that might be typically into fast food and video games and get them interested in beekeeping, composting, and healthy eating.

In the early 2000s, Gordon was working in a social service position in Chico, California, when he met a 12-year-old named Paco. Unwanted by relatives and drawn toward gang life, Paco was sent to live with a farm family who gave him many responsibilities.

Gordon witnessed Paco’s evolution into a young man who lived with purpose. That transformation stuck with Gordon until he started BoysGrow, in 2010, with the idea that young teenagers could learn direction from agriculture “because of the time, discipline, and patience needed to grow things,” he says.

When BoysGrow started there were no similar local programs. Although other organizations exist to help reduce drug abuse and crime among teens while improving family interactions, none combine agriculture and entrepreneurism in the same way, Gordon says. For instance, Westside Community Action Network, in Kansas City, also brings students from local schools to work in a community garden, but without the focus on marketing and selling products.

BoysGrow focuses on young men because the numbers say that they’re more at risk and have a lower percentage of graduation rates, Gordon says, but he thinks farming can help young women as well.

How it works is simple: Each summer, more than two dozen boys receive a $25-30 daily stipend, three days a week. The program also provides lunch and transportation to and from a community center. Individual boys may work in website maintenance, sales, marketing, public relations, special farming, or public speaking. Monthly business meetings take place throughout the year, and farm crews work periodically beyond the prime growing season. The boys work two days a week during the school year.

A $225,000 grant from the Cargill Cares foundation secured a permanent home for the program. There is a seeming contradiction in a Big Agriculture company like Cargill funding a program like this, but on the other hand, the corporation has the kind of money that most small players don’t, and that BoysGrow needed.

“In 2013, we were without somewhere to farm and the program was in flux due to this huge hole,” Gordon says. “We always wanted a permanent farm … and without Cargill we would not have it.” Many other businesses have also provided funding or in-kind support, including a yearly fundraising dinner from restaurateur, author, and TV personality Lidia Bastianich. 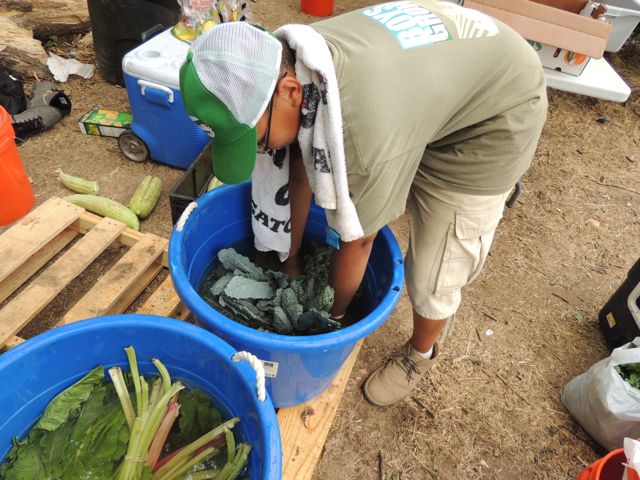 Although BoysGrow volunteers and staff members guide these teens, they must drive the program and are ultimately responsible for creating a positive and successful working environment. Each boy completes an application, receives a personal interview and agrees to follow the organization’s core principles: commitment to a two-year program, pride in his work, and respect for co-workers, crops, and customers. Most of the program participants come from Kansas City’s urban core.

Tyson Hicks-Garlington said arriving at the farm by 8 a.m. on summer mornings wasn’t easy. Neither was working in the fields and tend to livestock in the heat and humidity. But he grew to enjoy weeding with a tool called a Hula-Ho. Hicks-Garlington also appreciated getting positive feedback from staff members, and it felt great to be chosen as the Worker of the Day–with the reward of farm-fresh eggs that he could take home.

Hicks-Garlington has enjoyed the business side of BoysGrow as well; so much, in fact, that he may eventually work in sales full-time. “Older people told me I was doing a good job selling [our] products and that built my confidence,” he says. 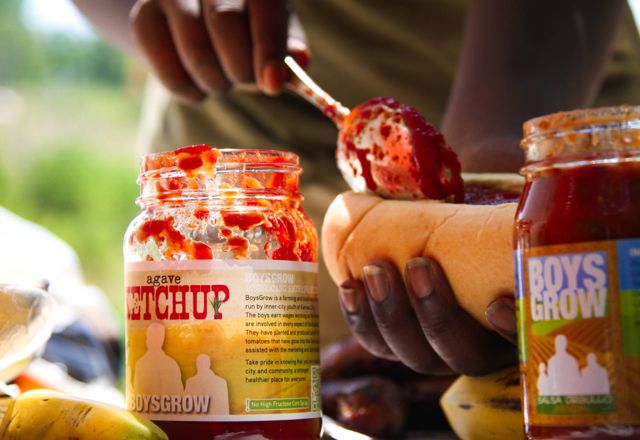 By the time they finish the program, the boys receive approximately 100 hours of experience in direct sales and marketing, while creating and selling a new product each year. Today, BoysGrow sells salsa, ketchup, barbecue sauce, avocado hot sauce, and tzatziki dressing in local stores. The proceeds go back into the program.

The organization recently acquired two season-extending hoop houses built on pipe skids, which will facilitate growing food through the cold months. An on-site culinary center and a certified canning kitchen are also on the drawing board. [Update: In the summer of 2019, BoysGrow broke ground on its farm kitchen, which is expected to open in January 2020.]

Today, Hicks-Garlington views food and farming through different eyes. “I have more respect for my food, because people work day and night to put this on our plates. I’m eating healthier too,” he says. “Food and farming go hand-in-hand to me now.”