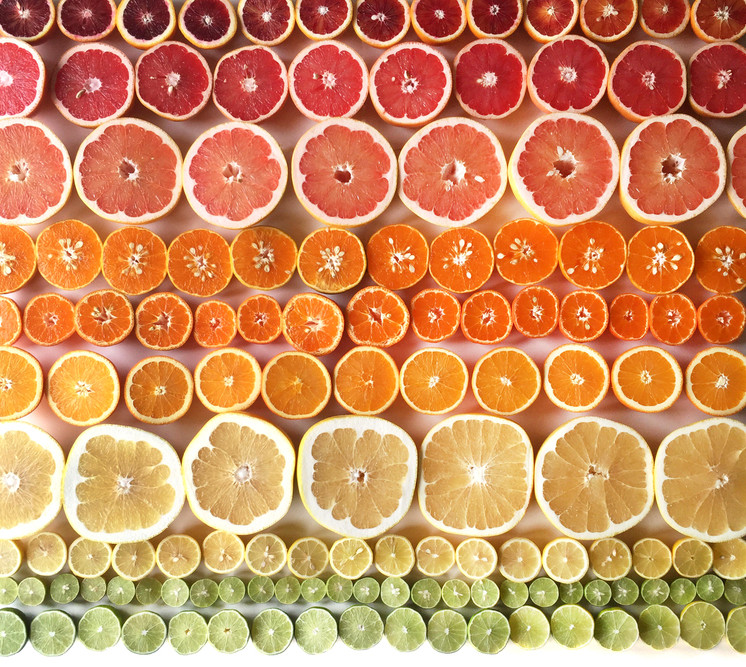 Many food photographers strive for perfection, even if it means subbing in white glue for the milk in cereal shots or motor oil for pancake syrup, to make the dishes look picture-perfect.

But Seattle-based photographer and top food Instagrammer Brittany Wright keeps it real in her photos, which she constructs by arranging everything from browning bananas and burnt toast to unripe raspberries. The results are stunning, carefully orchestrated tableaus that have been admired and sold around the world and even licensed in advertisements. Many of her photos use gradients to highlight the vibrant colors of fresh fruits and vegetables. Other photos, like the one of raspberries, show the viewer produce at different stages of development. 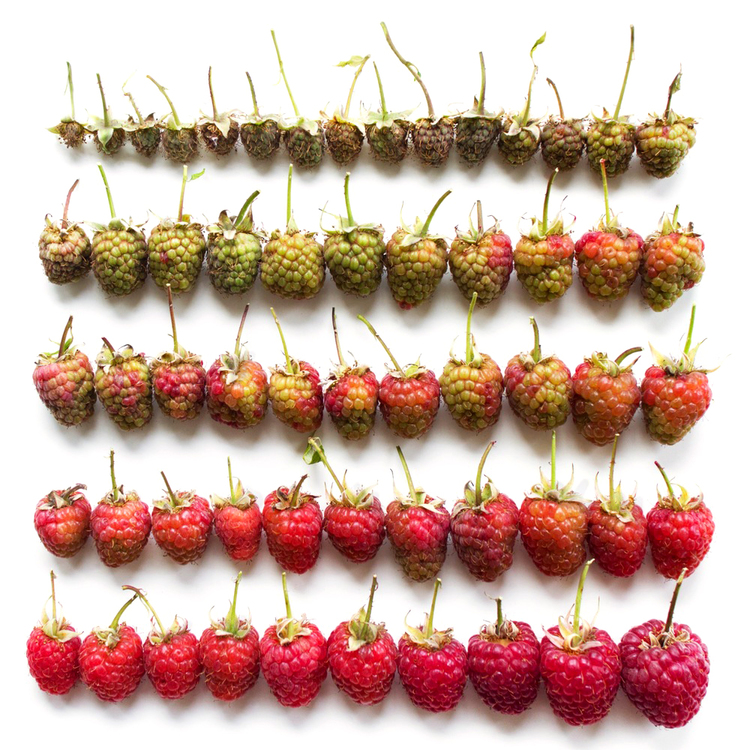 Wright has long been interested in food and photography, and she took up cooking as a hobby right around the time she moved to Seattle in 2009 to study photography. Over time, shopping for produce at farmers’ markets, visiting farms, and teaching herself to cook inspired Wright to begin photographing raw ingredients. Things really clicked in 2014 when she started sharing her photos on Instagram.

Wright often draws inspiration from produce in its natural state. “I would see the raspberries when I would go to these farms and I would see every step of how they were growing,” she says. “I wanted to find a way to show what I seeing, to play with the patterns and shapes that come out of the earth naturally.” 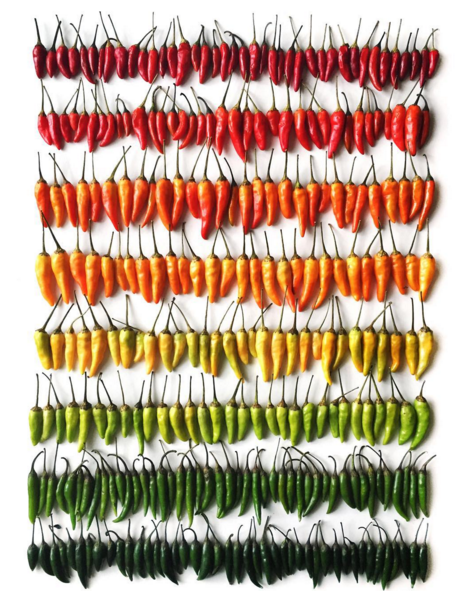 Although adults love her colorful images, Wright is especially excited about inspiring kids to be more adventurous eaters. “If I can make broccoli look super cool with four colors on it, I think it’ll help change some perspectives,” she says. “I’m trying to rebrand vegetables and fruit.”

Already, Wright has heard from mothers telling her that she’s inspired them to feed their families better and chefs who are now looking at food in new ways. She has even heard from an eight-year-old girl who saved up her birthday money to buy one of her prints, and Wright says she’s in talks with a few organizations about creating food-related educational content for schools.

“We as a society are so, so good at glorifying foods that aren’t good for us,” says Wright. She’s made it her own life mission to reverse that trend.

Wright also helps farmers raise their visibility. “Once I got to where the ingredients were, and heard how much they love what they do, it sparked this passion for farms,” she says. “Seeing things grow and being a part of that is almost intimate and really special.”

This summer, Wright and a friend spent a month driving across the United States visiting 10 farms in 30 states. In each case she photographed the farm and tagged the business on Instagram, in hopes of introducing it to her 130,000 followers. For Wright, the highlight of the trip was “getting to see how many different ways a farm can look, from an Amish farm and a farm on a rooftop in Brooklyn. It helped shape my own appreciation and understanding that it’s not just a red farm on a hill.”

From @businessinsider, they shot this extra quick video of me creating #foodgradients in their office for the video they put together of me. (If you haven’t seen it you can find the rest at wrightkitchen.com/about)

Wright also has partnerships with several local farms in Washington state, which sometimes involves bartering her photography services for fresh produce. “I’ll take pictures of their farm for their [own] advertisements,” she says. “Photos are a huge piece of what will bring people in.”

As for the raw ingredients that Wright uses in her photographs, her first goal is to cook it or share it with friends. “In some cases, like when I had 150 doughnuts, I took them to a food bank,” she says. “I like to get everything a home.”