How Probiotics Can Save the East Coast Shellfish Industry

Oyster farmers and lobstermen are turning to probiotics to fight bacteria that has been wreaking havoc for more than a decade. 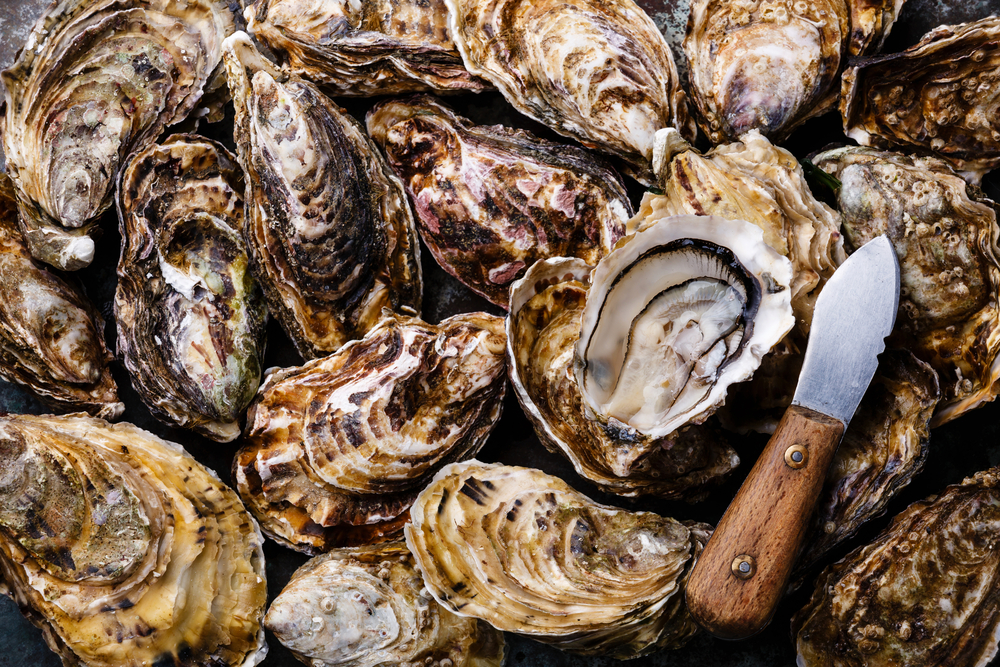 Bob Rheault was having an open house at his young shellfish hatchery, so he arrived early in the morning with bottles of wine and plates of cheese. That’s when he noticed he had a problem.

“There was an odd substance floating on the surface of the tanks,” Rheault says. He looked through a microscope, “and there were no bodies to be seen … just empty shells with bacteria climbing all over them.”

In oyster and clam hatcheries, a bacterial infection can cause the population to drop from 10 million to 1,000 larvae overnight. That’s what happened to Rheault, who had no larvae to show his open house guests. Antibiotics aren’t approved for use in U.S. shellfish hatcheries (though they are worldwide)—and, by the time an infection sets in, all the larvae are dead anyway—so the only thing for a hatchery owner to do when confronted with an infection is dump everything out, clean the tanks, and start over.

Or that used to be the only approach. Now, researchers at two labs seem to have found a solution. 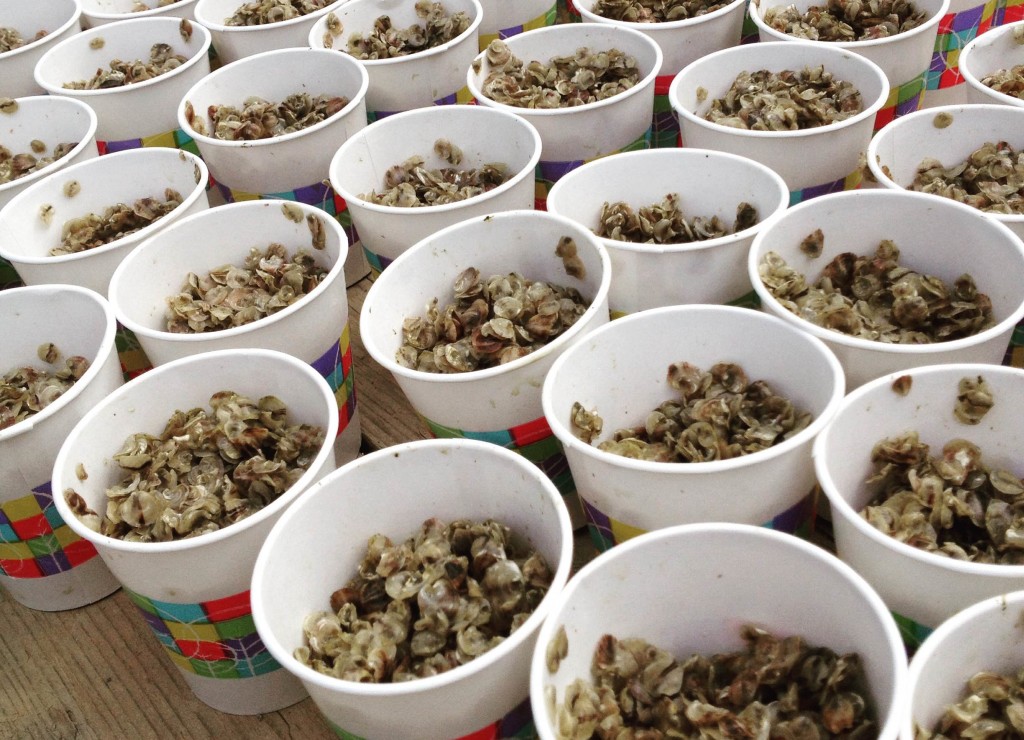 The problem of bacterial infections in hatcheries has been worsening over the past decade as the waters of the Northeast warm. Rheault, who is now the president of the East Coast Shellfish Growers Association, says that thanks to climate change, bacterial infections now kill off 10 to 20 percent of the Northeast’s shellfish larvae each year. And because the bacteria, Vibrio, gets into the tanks via seawater, it affects not only shellfish but also lobsters, by turning their shells black and making them impossible to sell. (Some lobstermen eat the animals themselves or send them to be cooked and processed, since the meat is still good.)

Researchers have now found a tool to fight the Vibrio bacteria: probiotics. Teams at both NOAA’s Milford Laboratory in Connecticut and the University of Rhode Island (URI) have harvested beneficial bacteria from healthy adult oysters that can help oyster larvae fight off bacterial infections. And the URI researchers are exploring the possibility that a similar concoction could help treat lobster shell disease as well.

“This is really not that different than when you eat yogurt and you can add new types of bacteria into your gastrointestinal tracts that could have health benefits,” says David Rowley, at URI. He thinks the young oysters may be especially susceptible to the bacteria because they may not have the full complement of the microbes that they would later have as an adult.

The researchers are currently finishing their final tests and hope to get the U.S. Food & Drug Administration’s (FDA) stamp of approval soon. If all goes as planned, these probiotic cocktails will be available to hatchery managers within the next two years. 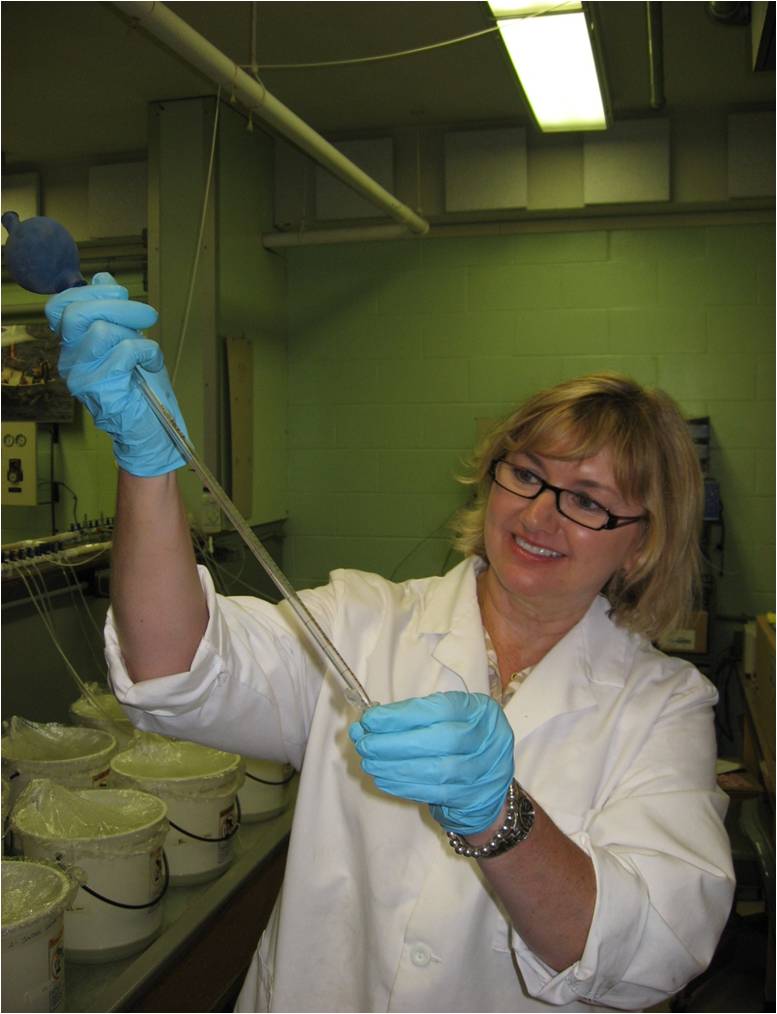 Diane Kapareiko’s lab in Connecticut is a little ahead: The FDA has already found the bacterial strain she is using to be safe, and her lab is partnering with a company to develop a freeze-dried or spray-dried product that could soon be brought to market.

Rowley’s team still has to develop a longer-lasting version of their product and get FDA approval for it. That said, they might be able to fast-track the process, since the bacteria they want to use were originally harvested from oysters.

“Using some of the natural defenses that they would probably acquire later on at the earlier stages, doesn’t equate to something that is unnatural to the oyster or to what we would expect to find from the oyster later on down the road when we’d want to harvest it and provide it to consumers,” Rowley says.

While Rowley and his team were busy working with oyster larvae in the lab, his colleague Kathy Castro was out on boats and docks talking to lobstermen.

“We first saw shell disease in ‘97,” says Eddy Emery, a third-generation lobsterman who works out of the Stonington Dock in southeastern Connecticut. “Then it just started to ravage the females.”

Castro, a lobster ecologist, came to Rowley’s lab with an idea: Maybe the probiotics that treat Vibrio bacterial infections in oysters might be able to help lobsters as well. The researchers agreed to give it a try and ran a preliminary experiment using about 100 diseased lobsters. When the lobsters molted and shed their shells, the researchers dipped about half of them in the oyster probiotics they’d already isolated.

The treated lobsters grew back a less-diseased shell than those not dipped in probiotics. The results were “hopeful,” says Antoinette Clemetson, a fisheries specialist at the New York Sea Grant, who’s been looking at the problems facing the lobster industry for about 15 years.

The researchers now have a grant to isolate bacteria from healthy lobsters and test them to determine which might protect against shell disease. Lobsters will be trickier to treat than oysters, since they never live in a controlled environment like hatchery tanks. 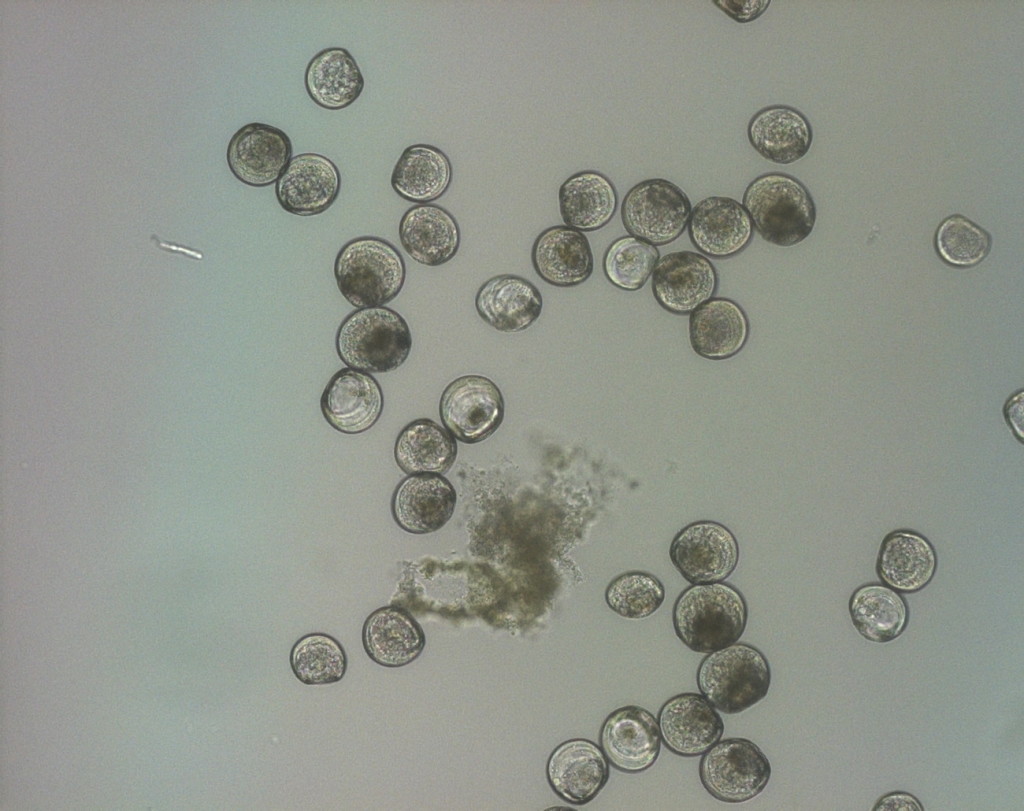 While Rowley and his team continue to develop probiotic cocktails for oysters and lobsters, Kapareiko is on the hunt for more probiotic strains. Rowley also hopes his work will have a wider impact on the food system as a whole.

“We’re looking for ways to reduce our reliance on antibiotics in order to produce food,” Rowley says. “And probiotics look like one of the most attractive options at the moment.” For one thing, they’re low-cost. And, for another, “whether it’s oysters or chickens or cows, we want to use microorganisms that are natural to that environment,” he says.

At the very least, he hopes his research will ensure that other hatchery owners won’t show up in the morning to empty tanks.