Shaping the 2015 Dietary Guidelines: A Timeline

For the last year, the U.S. Dietary Guidelines have been at the center of a flurry of controversy. With the rules now set, we take a look back at how it all went down. 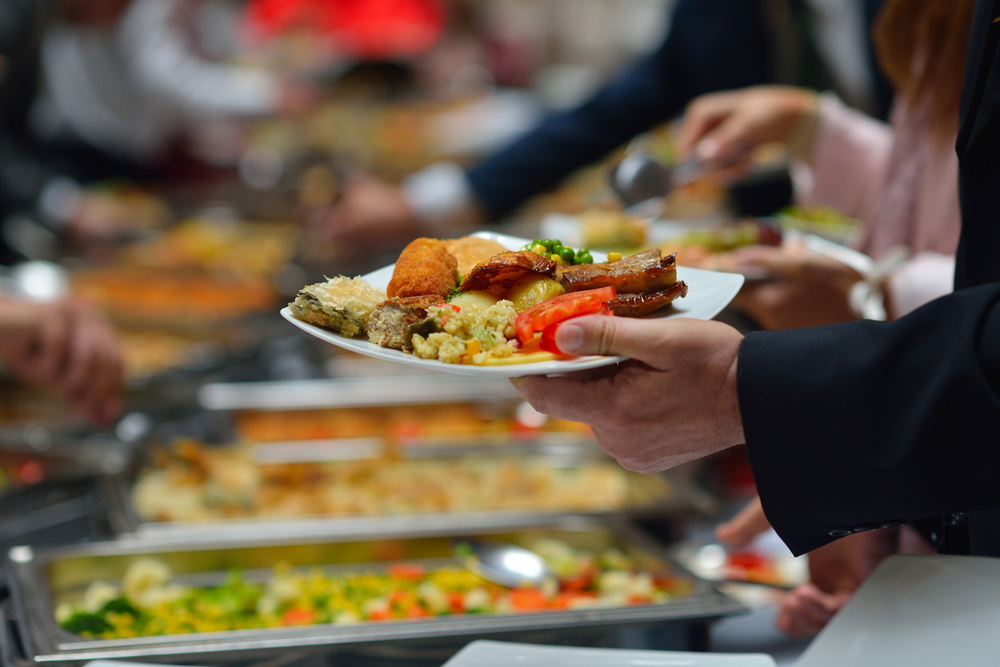 And, as it turns out, they look a lot like the 2010 guidelines. As well as just about every other set of guidelines that have come out for the last 35 years.

With a new recommendation for limiting added sugars to 10 percent of one’s daily calorie intake, elimination of a recommended cholesterol intake, and a mention of vegetarianism, this year’s changes are mainly small. The 2,300 gram daily sodium limit still holds, as do recommendations that Americans eat more fruit, vegetables, whole grains, and less saturated fat.

To those who haven’t been following the fight behind the scenes, it might appear that this maintenance of the status quo arrived without a fight. In fact, the opposite is true. Just one year ago, it looked like the 2015-2020 guidelines might explicitly reflect the growing scientific evidence that committing to eating less meat—particularly red and processed meat—is both good for our health and that of the planet.

A range of both public health and environmental NGOs and food industry groups invested mightily in seeing the kinds of guidelines that represented their differing agendas. The guidelines themselves have elicited both praise and criticism from food industry and environmental and health advocates alike. Here’s a rundown of how we arrived at this point:

One of the five sub-committees focuses on “Food Sustainability and Safety.” This is the first time the word “sustainability” is used in relation to the guidelines and the sub-committee attracts attention from both supporters and opponents.

Seven public meetings are held during this time.

The conversation heats up when the U.S. Office of Disease Prevention and Health Promotion (ODPHP) releases a scientific report of the 2015 Dietary Guidelines Advisory Committee that included a section on “Food Sustainability and Safety.” It reads, “Current evidence shows that the average U.S. diet has a larger environmental impact in terms of increased greenhouse gas emissions, land use, water use, and energy use,” when compared to “a diet higher in plant-based foods.” The report attracts enormous attention, both among supporters of this conclusion and those opposed.

The report is initially open for public comment until April 8, 2015, but that deadline is extended by a month, in response to a request from the North American Meat Institute.

The public comment period on the scientific report of the 2015 Dietary Guidelines Advisory Committee meeting closes. Some 29,000 comments are submitted and posted to the health.gov website. By then, 700 doctors send HHS and USDA secretaries a letter supporting recommendations to eat less red meat. Twelve NGOs also submit a letter with more than 150,000 signatures urging less red meat and more plant-based food, along with a letter from 49 public interest organizations.

An analysis of the public comments conducted by My Plate My Planet shows “overwhelming support for including sustainability” and recommendations for reducing meat in U.S. diets.

Not surprisingly, meat producers do not favor these recommendations.

The U.S. Conference of Mayors issues a resolution supporting the inclusion of sustainability principles and recommendations to lower the amount of animal-based foods Americans eat.

The Departments of Agriculture and Labor and Health and Human Services consider an amendment to an appropriations bill that would direct how the committee assesses scientific information as it develops new guidelines and limit the guidelines to mentioning diet and nutrition (subjects like exercise, which the guidelines do mention, and environment would be off-limits). Members of the Dietary Guidelines Advisory Committee write to Secretaries Burwell and Vilsack expressing their objection to the amendment.

On October 6, Secretaries Vilsack and Burwell publish a joint blog explaining why sustainability won’t be included in the new dietary guidelines, writing, “There has been some discussion this year about whether we would include the goal of sustainability as a factor in developing dietary guidelines. (Sustainability in this context means evaluating the environmental impact of a food source. Some of the things we eat, for example, require more resources to raise than others.)…” But, they conclude, “we do not believe that the 2015 DGAs are the appropriate vehicle for this important policy conversation about sustainability.”

One day later, on October 7, the House Agriculture Committee holds a hearing to review development of the 2015 Dietary Guidelines at which Secretaries Burwell and Vilsack testified. As the New York Times noted, “The testimony reflected how political and controversial the food industry has become. The 2015 guidelines have been preceded by sugar and meat industry lobbying, as well as accusations that the panel behind the advisory report was using outdated science and was overly critical of high-fat, low-carbohydrate diets…”

On October 26, the World Health Organization announces that its International Agency for Research on Cancer (IARC) has classified red meat as a probable human carcinogen and processed meat as carcinogenic to humans.

Congress passes the 2016 federal budget spending bill, which includes an amendment directing that no money be spent on new dietary guidelines unless the Secretaries of Agriculture and Health and Human Services ensure that the guidelines are based on “significant scientific agreement” and are limited to “nutrition and dietary information,” and the National Academy of Medicine studies the guidelines development process.

The new guidelines are released, immediately eliciting both praise and condemnation from a full spectrum of interest groups. Environmental groups generally criticize the guidelines for lack of explicit recommendations to reduce red meat consumption, an omission praised by meat producers. The Sugar Association takes issue with the guidelines’ direction to reduce consumption of its product, while the American Cancer Society Action Network criticizes them for failing to fully make use of the existing evidence linking certain foods (processed meat, for example) and increased cancer risk.

Why this outcome, Civil Eats asked New York University professor of nutrition, public health, and sociology Marion Nestle. “I can’t think of any reason other than politics,” she told us.

After all this fuss, how much impact will the new guidelines make? According to the guidelines, about three quarters of Americans don’t eat the recommended daily amount of fruits and vegetables and most eat too much salt, saturated fat, and added sugar, while many consume too many calories. If Americans ate according to the guidelines’ basic advice, said Center for Science in the Public Interest president Michael Jacobson in a statement, “it would be a huge win for the public’s health.”