New contained aquaculture systems could bring local seafood to land-locked communities and change the industry in other important ways, too. 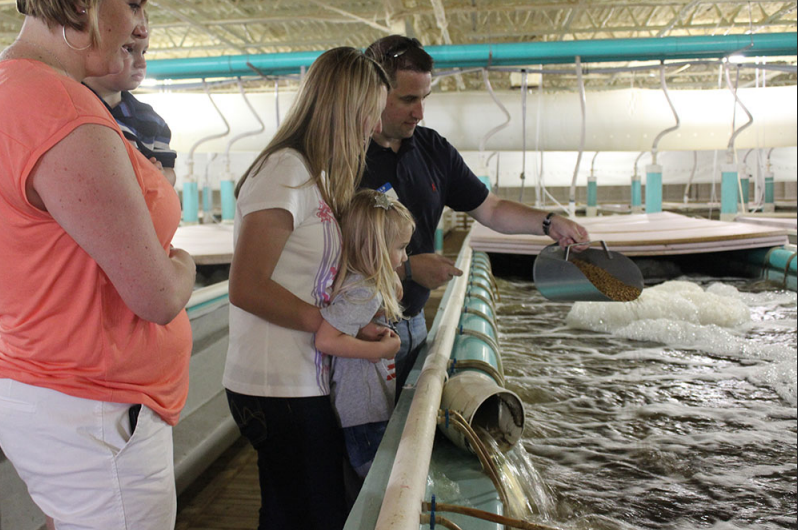 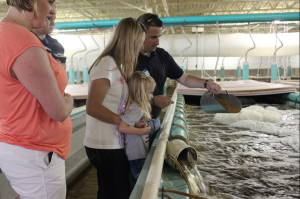 More than half the seafood eaten globally is now farmed. And yet for some, aquaculture conjures up images of escaped fish, crowded pens, antibiotics, and ocean pollution in Asia, where nearly 90 percent of today’s aquaculture takes place. Now some entrepreneurs are bringing aquaculture on land. In the process, many hope to find a sustainable solution to the growing demand for a low-input, clean source of protein.

One of them is Tracey Carrillo, an agronomy professor at New Mexico State University. Carrillo initially started producing chemical-free shrimp as part of an experiment to see if they could be fed with organic cottonseed protein, an underutilized part of the cotton crop. When he had an abundance of shrimp on his hands, eager locals lined up around the block. 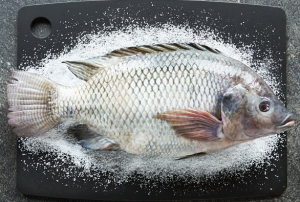 “We’d send an email out to the college and the response was overwhelming,” he said. “[It was] the novelty of ‘Whoa, they’re growing fresh shrimp in the desert.’”

Carrillo’s shrimp are raised in a closed-loop system generally classified as a recirculating aquaculture system (RAS), which uses a beneficial and naturally occurring bacteria called biofloc to break down solids in the water. He helped to develop the system with the university’s Arrowhead Center technology incubator.

“It has taken us about four years to hone in on a system that we’re really happy with,” he said. “Any waste byproduct goes into a hydroponic system to fertilize vegetables.”

Aquaculture is the fastest-growing segment of the animal farming industry, according to the United Nation’s Food and Agriculture Organization. Global production has increased from 1.6 million tons of fish in 1960 to 66.6 million tons in 2012.

Yet much of the seafood grown in Asia and sold frozen in the U.S.—such as shrimp and tilapia—has been associated with unsustainable growing practices, such as high density pens, low-quality feed, and the use of antibiotics, which may contribute to the rise of antibiotic-resistant bacteria.

Shrimp is especially suspect, as recent investigations by The Guardian and Associated Press have shown that migrant workers from Burma and Cambodia have been trafficked to operate fishing boats and peel shrimp in processing facilities in Thailand. According to the AP, much of this shrimp was acquired by major U.S. supermarkets and restaurants, including Wal-Mart, Kroger, Whole Foods, Red Lobster, and Olive Garden.

Recirculating aquaculture systems on land could be a solution to many of these problems, as they can control what the fish eat, what they are exposed to, as well as their living conditions. That control will be needed if the U.S. Department of Agriculture (USDA) follows through with its long-running plan to propose standards for organic farmed fish. They also allow more seafood production in the land-locked parts of the U.S. and they can also provide greater traceability.

Shortly after launching New Mexico Shrimp Company, Carrillo set up a second shrimp farm nearby, and sold a license to a couple that was interested in operating a franchise in Boston. Startup costs, Carrillo says, are between $60,000 to $100,000.

He hopes to establish franchises next in Denver, Dallas, Scottsdale, and Albuquerque. Buyers will receive a package that includes tracking software and technical support from the New Mexico Shrimp Company that will draw upon three years of farming data. The company will retain two percent of the licensed facilities’ gross profits every year.

Recirculating land-based ventures have been springing up in other parts of the U.S. as well, such as a steelhead trout farm in Indiana and a startup in Maine that just received funding from the National Science Foundation to grow yellowtail for commercial sale in zero-waste fish tanks.

But there can be drawbacks and challenges this early on in the game. Recirculating aquaculture systems are energy intensive—and the energy they suck up is one of the primary costs of operation, according to the Monterey Bay Aquarium.

And entrepreneurs located in states with little regulations or policies in place might need to blaze their own path, as Carrillo found.

“It’s such a new industry that in New Mexico, they didn’t know how to address it in terms of permitting,” he said. “So their first response was, ‘You can’t do it.’”

Instead, the New Mexico Shrimp Company showed state agencies how they planned to raise the shrimp, and officials gave input on what they wanted to see, Carrillo said. Other states, such as Texas, Alabama, and Georgia have started to set policies for land-based shrimp production.

Randy Constant, a Missouri-based organic farmer, is further along, starting in 2010. “We realized that the oceans were being depleted at a rapid pace,” Constant said. “And we also knew that American healthy-minded households wanted to know where their protein comes from, what [the fish are] fed and how it’s handled.”

So when he came across a closed-loop tilapia operation in Colorado using RAS technology, he jumped at the opportunity to buy it. 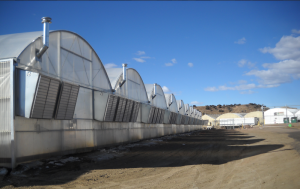 Now his company Quixotic Farming also raises tilapia in Missouri using the same technology—all without the use of chemicals or antibiotics. Constant says that the company can trace its product through records that document the living conditions of the fish every day before harvest.

Together, Quixotic’s two facilities produce over 1.2 million pounds of tilapia per year. The fish are sold in over 300 grocery stores across the U.S. “We still don’t have enough fish to meet the domestic demand,” he said.

Supporters say that land-based aquaculture won’t just benefit local consumers; the niche could also help decrease the pressure on global fisheries as the world population grows to 9.5 billion people by 2050. (That’s also part of the idea behind the newly approved but controversial genetically engineered AquaBounty salmon, which will be grown in closed, recirculating system farms as well).

The interest in growing seafood on land has also spread to Europe, where Julian Connor, a commodities trader and CEO of Swiss Alpine Fish AG, is building a recirculating system in the Swiss Alps to raise Atlantic salmon.

“There are a lot of problems with salmon farms in the sea, such as chemicals, antibiotics, and fish waste falling to the ocean floor,” said Connor who was also at the Fish 2.0 event. His system—which Connor plans to get online by the end of 2015—will recycle fish waste into biogas at an onsite plant that will power the farm.

He has already sold 40 percent of the fish to Switzerland’s largest retailer. “I realized that the Swiss, more than people in any other nation, are willing to pay a premium for environmentally-friendly salmon,” Connor said.

Photos of an indoor tilapia farm courtesy of Quixotic Farming.