Not Your Dad’s Farm Job: Millennials Look to High-Tech Farms For Careers

A new generation is looking to find jobs in warehouse farms and indoor agriculture as a way to change the food system while earning a decent living. 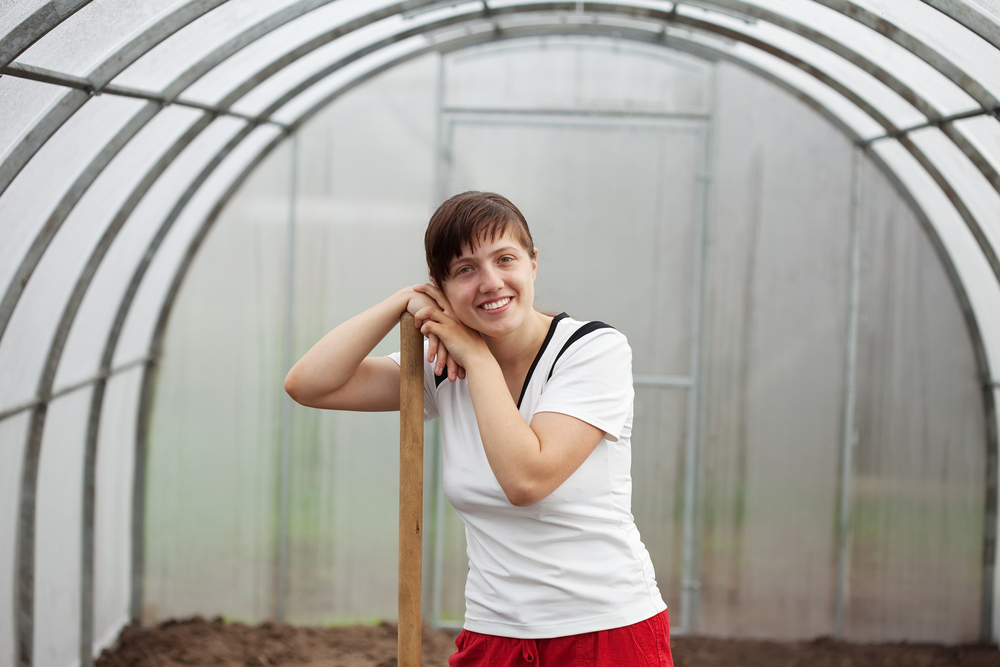 Kyle Barnett was a rising star in the restaurant world. The Culinary Institute of America graduate had cooked at a farm-to-table restaurant and eventually landed a high-paying gig as a personal chef at a high-end art studio—a dream job for many. But despite this upward trajectory and his lifelong love affair with food, Barnett says that by 2012 he was just going through the motions. He wanted more.

“I thought about what it is about food that I love. It’s where it comes from,” Barnett recalls. He also recognized that he could have an impact at the farm level, where he saw the most challenges. “Our models are not at all sustainable,” he says. The segment of the industry that spoke to him loudest was indoor farming, the emerging industry of high-tech urban greenhouses, vertical farms, hydroponics, and aquaponics.

After landing an entry-level job with an aquaponics startup, Barnett found that growing food “opened up a whole creative channel” for him. “That’s when I knew this was my calling,” says Barnett, who is now an account manager with the fast-growing greenhouse startup BrightFarms outside Philadelphia.

Barnett was early to embrace a trend that is quickly attracting his peers. As urban and suburban farms begin to appear in more cities and suburbs, they’re creating a host of jobs that look very different from traditional farm work. Proponents estimate that indoor agriculture has the potential to be a $9 billion industry, and as such, could transform communities and reduce unemployment.

The growing networks of hydroponic greenhouses and vertical farms have the potential to relocate food production to urban and suburban areas, where Americans have been migrating for a few decades now. The United Nations projects that by 2030, 53 urban areas in the United States will have populations of at least 1 million—up from 41 cities in 2010. All those people will need to eat and work.

Indoor farming—“future farming” or “Ag 3.0,” as some have called it—is expanding rapidly in many areas as a way to grow food and economies in and around cities. In early December, AeroFarms, which builds water efficient aeroponic vertical farms, announced that it had raised $20 million in venture capital to launch a consumer-facing brand and continue building new farms—including a massive new headquarters in Newark projected to yield two million pounds of greens annually.

BrightFarms’ staff will double in 2016 alone with the opening of its second and third greenhouse markets in Chicago and Washington D.C., according to CEO Paul Lightfoot. He says the company aims to build 20 commercial greenhouse farms in the next 3 to 5 years—an expansion that is bolstered by a $13.7 million venture investment in November and which will require around 500 new staff.

Also in November, Gotham Greens—which employs 120 and has seen 400 percent growth in just the last year—opened the world’s largest urban farm in Chicago. It’s a project that has promised to create jobs in the historic African-American Pullman neighborhood.

“Food jobs have steadily left our cities for the past 100 years, and local food demand is driving production that is now bringing some of these jobs back to the communities in which their food is produced,” Lightfoot, of BrightFarms, tells Civil Eats. “This has no downside for urban markets—it only increases jobs and economic activities.”

But unlike outdoor commercial farms, where the bulk of the labor is done by low-income people and recent immigrants, it’s less clear who exactly is filling the jobs in indoor farming, as companies are understandably buttoned up about who they employ.

When indoors farms are built with private-public partnerships, such as the planned Community Located Agricultural Research Area (or CLARA) in Pasadena, Texas, economic development can be written into the design. CLARA will be open-source education campus for indoor farming on the city’s north side, which has been hurt by the downturn in oil and gas, says John Choo, president of partner organization Indoor Harvest. He says the will donate all the food it grows to the city’s food bank and serve as a training center for “the next generation of farmers.”

Indoor Harvest must also create a minimum of 12 short- to intermediate-term jobs in construction, plumbing, electrical, and materials handling for local workers, according to its filing with the Securities and Exchange Commission.

Greenhouse jobs also differ significantly from those in traditional agriculture. Where a rural farm mainly needs people focused on the crops, building an indoor farm can require designers and architects, plus skilled laborers to construct, wire, and pipe the growing system. Although Choo says the ongoing farm operations, are generally more automated indoors than outdoors, these farms also require growers and horticulturists savvy in the emerging fields of hydroponics, aquaponics, and other tech-heavy practices—skills in which Choo says Pasadena’s CLARA will train prospective workers.

“We are going to create a talent pool,” he says. “When you look at farming tractors in an outdoor space and all those components, all that can be translated inside, just with different tools and a different footprint. There needs to be a pipeline of people who can work in the industry.”

Indoor agriculture has thus far seen the greatest amount of interest from Millennials like Barnett, says Henry Gordon-Smith of Blue Planet Consulting, the small, Manhattan-based indoor farming consulting firm he started last year. Gordon-Smith, 29, employs a staff that includes engineers, technicians, greenhouse specialists and curriculum designers who are all 31 years old or younger. They would undoubtedly be making more money elsewhere but have chosen to help build an industry that both provides sustainable food and jobs for city-dwellers, says Gordon-Smith.

“There’s real power in the young people and what they’re bringing to this, and to the agriculture, which is a tedious, tiresome, labor-intensive, and low-wage industry,” he says.

But for some workers in tech-heavy greenhouses and vertical farms, the wages can be better than they would be on rural farms. Gordon-Smith estimates that an urban indoor grower can earn as much as $65,000 starting out, while a master grower with a PhD can earn up to $90,000 annually. That’s a far cry from workers in traditional agriculture, who earn an average of $19,000 annually or $9.30 per hour, according to the Bureau of Labor Statistics.

Of course, indoor farms are not “panaceas for the multiple challenges to more conventional farming,” warns Dr. Hugh Joseph, a farm and food systems expert at the Tufts Friedman School of Nutrition Science and Policy. He believes that for indoor farms to be economic engines and job creators, they must first “prove themselves prove viable economically and in the marketplace.”

Over at BrightFarms, you wouldn’t know the industry hasn’t already “arrived.” The company is currently hiring for 50 positions at its new greenhouses—including an experienced head grower in Chicago—where Lightfoot says the company “will train people and provide career opportunities, so long as they are a great cultural fit.” Although the company did not disclose its pay scale, he says each employee at BrightFarms is paid “a living wage,” including healthcare benefits

Barnett is quite optimistic about the future growth of indoor farming, even if it hasn’t hit the mainstream yet. He even started Ponicjobs.com, a job search engine for positions within his emerging space.

“The number one group of people who contact me are in their 20s, driven, and in love with this new concept. It’s a really passionate field,” he says.