Has the Organic Movement Left Black Farmers Behind? | Civil Eats

Has the Organic Movement Left Black Farmers Behind? 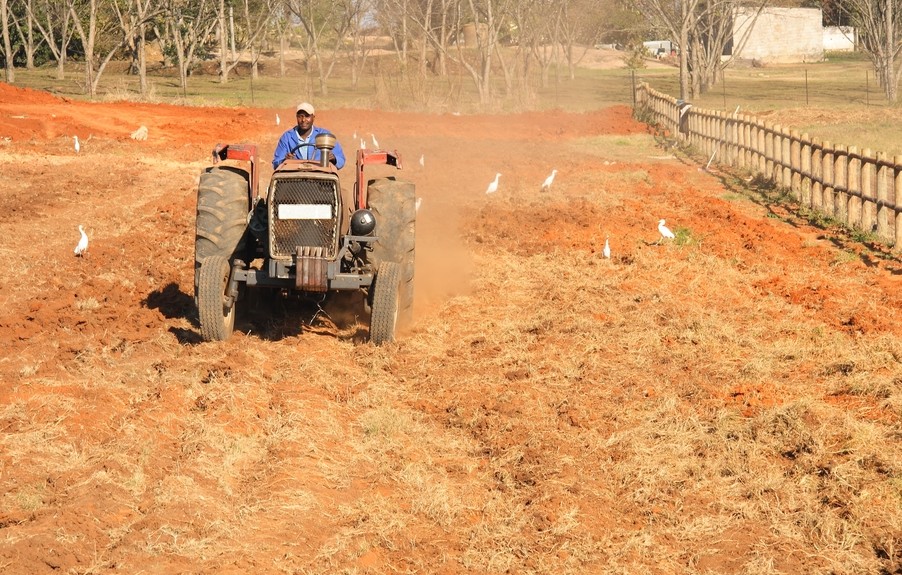 Jahi Ellis is in survival mode. His island is the 91 acres of farmland he owns in Vidalia, Georgia, nearly 200 miles outside of Atlanta. His current shelter is a shed on his family’s land. His four-year land redemption agreement ends next fall and if he doesn’t come up with the near $60,000 he owes, he could lose it all. Organic farming—and the price premiums it brings—is one of his last strategies for saving his family’s 144-year-old vegetable farm.

Although Ellis is leasing some of his land to conventional farmers, the portion he’s been able to hold on to not only has the house, but also a family cemetery and a pond. He is living on little income and using food assistance benefits, while narrowly paying off a $7,000 loan for a high tunnel greenhouse. He hasn’t been able to afford equipment and he’s not certified organic yet, but his seeds, compost, and fertilizer are all organic. And he’s been working with a nearby farmer to get his products to several farmers’ markets in the region.

Ellis is mindful of the mounting odds and earnest pleas from his family to go back home to his native Detroit. But he has spent the last year channeling his slave ancestors’ backbreaking work ethic on his own in the Georgia heat. 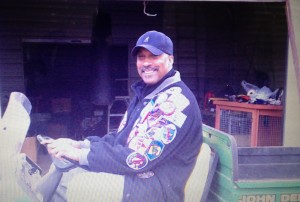 Ellis might feel alone most of the time, but he’s one of many Black farmers facing similarly challenging odds. A history of discrimination, mass land loss, lack of start-up capital, lack of collateral for loans, and a multi-generational distrust of federal programs have put Black farmers behind in the organic movement.

Hundreds of years after King Cotton and the Reconstruction Era, and decades after Jim Crow Laws, feelings of racial discrimination continue to overshadow Black farmers’ progress in the South and their ability to get ahead in agricultural. For instance, a 1997 class-action lawsuit (Pigford v. Glickman) found that the U.S. Department of Agriculture (USDA) systematically discriminated against Black farmers in its allocation of farm loans and assistance between 1981 and 1996. Settled in 2010, the case entitled impacted farmers to collect $50,000 each.

If organic farming is at the forefront of American agriculture, many Black farmers are still catching up. The USDA’s 2014 Organic Survey released in September found that 14,093 certified organic farms in the United States sold $5.5 billion worth of organic food. The survey did not capture race and ethnicity, but the 2012 Census of Agriculture found that of the over 33,000 Black-owned farms, only 116 of them (or less than .05 percent) are certified organic. And when it comes to sales, Texas is the only state in the southeast—the region where the majority of Black farmers are—to make it into the top 10 states producing organic food.

Hayes said the organization is in the process of developing a culturally sensitive survey that could provide a better window on how well Black farmers are doing. For one, organic certification may not be the only indicator of sustainable practices in this community.

“I’ve been asked ‘do Black people and Black farmers actually eat organic?,’” Hayes said. “When you talk about the history of agriculture, the African American farmer has been growing organically for a long time. This is not new to us.”

For these reasons, there’s often a divide when it comes to conventional versus organic farming in the black community. “One of the things Black farmers would talk about is feeling isolation,” Hayes said. “They wanted to [shift to organic] because they felt it was promising, but they would be considered weird.”

Natasha Bowens, author of The Color of Food, a book on farmers of color and their experiences, agrees. She said many of the farmers she met were resistant to—and often offended by—the idea of USDA certification for organic farming. “This term ‘organic’ doesn’t vibe well in the Black community because we have to remember the practice of growing organically has always been there,” she says.

And yet, if farmers like Ellis can get certified, it’s likely that they will earn significantly more. One study released earlier this year found that organic agriculture is 22 to 35 percent more profitable than conventional.

Hayes said that while farmers in SAAFON are doing well, there are still some hurdles that make Black farmers leery of transitioning to certified organic. One of them is the USDA’s grueling 19-page application. SAAFON runs a three-and-a-half day workshop to help farmers complete it. They even offer to pay the first-year’s annual fee. And although SAAFON works to make their members aware of as many conferences, grant programs, and resources as possible, Hayes says it’s not always enough.

Ellis has been working with SAAFON as he plants his first season’s organic crops. He said Hayes calls him all of the time about potential grants and opportunities. But with no Internet service at home—a common challenge for many farmers and other rural folks—he has missed the deadlines so far.

Helping Black farmers switch to organic goes beyond simply having someone available to answer their questions, said Bowens. She believes the USDA needs to do more cultural understanding training among its employees to work on the long-term effects of past discrimination and to hire more Black farmers from the communities to help with outreach efforts.

And, Bowens added, many Black farmers have larger fish to fry. “We have to first support Black farmers keeping their land and not getting denied support to keep their farms running,” Bowens said. “Once those big issues are fixed, then we can start talking about getting them into organic farming.”

Dr. Joe Leonard, USDA’s assistant secretary for civil rights, wrote in an email statement to Civil Eats that the agency has “made civil rights a priority, working to correct past errors and ensure all customers are treated fairly.”

The department launched its Cultural Transformation program effort in 2010, and has provided training for employees to work with underrepresented populations. And the agency says the initiative has led to a decrease in reported civil rights complaints from customers. The USDA also has an annual review process to ensure more women farmers and farmers of color are either elected or appointed to Farm Service Agencies on a county level.

But it might be a while before these changes trickle down to impact the lives of farmers like Ellis. For now, he says he’s staying busy, preparing his first winter crop. He’s growing a variety of greens, heirloom tomatoes, pomegranates, persimmons, and spices like ginger and turmeric. He says he sees opportunity everywhere for these foods.

“I want to leave a legacy for those who are coming,” Ellis said. “I want it to be 200 years of working this land and living off this land. If I can keep plugging away, something will crack.”