The Stone Barns Center for Food and Agriculture’s Young Farmers Conference provides snapshots from a local food movement in transition. 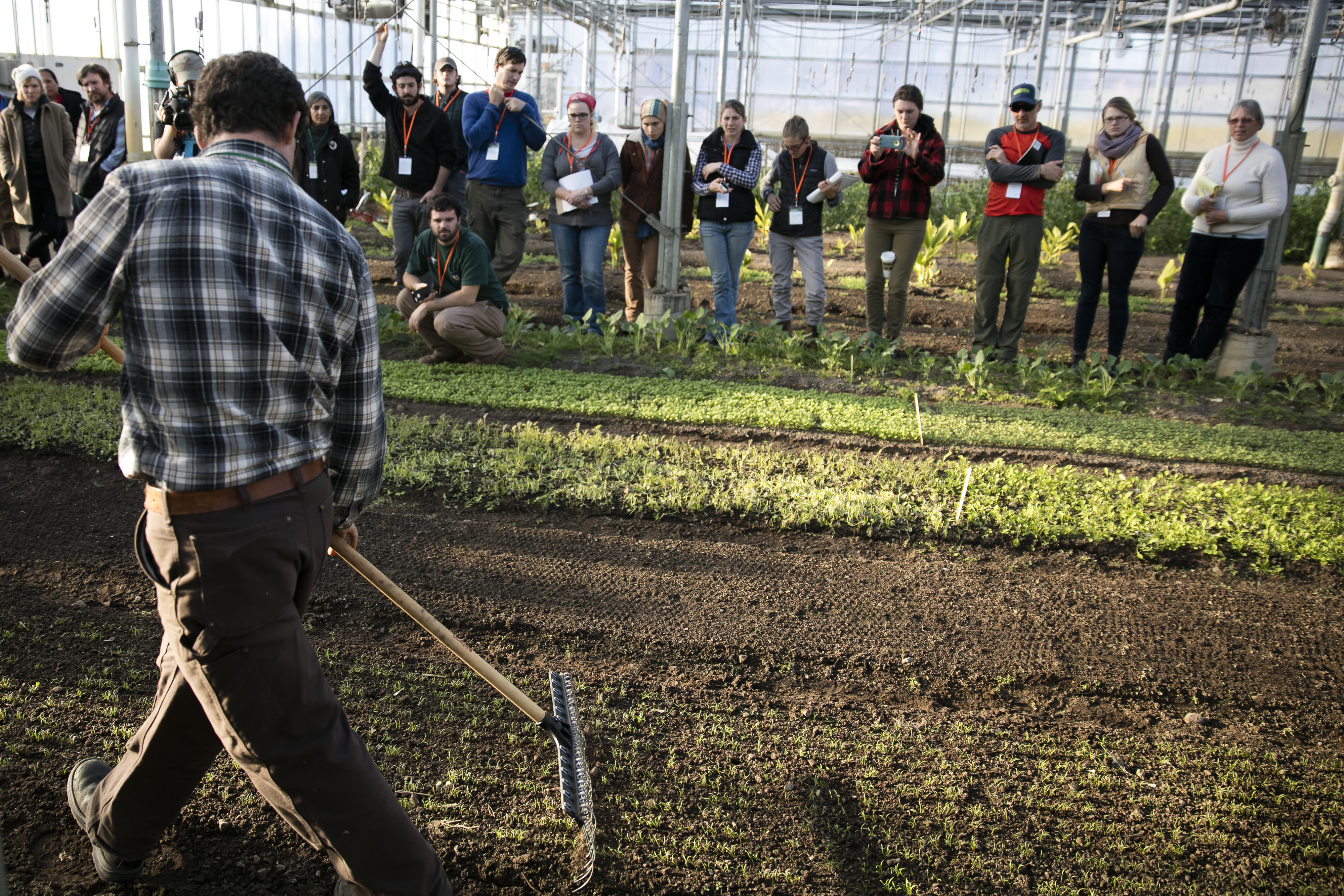 When the days turn cold and dark, farmers celebrate. After months of unrelenting labor, they’re finally able to sit down and relax, spend time with family, and connect and commiserate with their colleagues in this rapidly evolving industry.

Farming conferences dot the landscape throughout the winter months. One of the most popular, high-profile gatherings is the Young Farmers Conference, hosted by Stone Barns Center for Food & Agriculture as a key part of their Growing Farmers Initiative. The conference has sold out for many years running, the 250 attendees are selected through a lottery system, and it routinely attracts big names from the food world, such as Wendell Berry and Mark Bittman.

Alexis Barbalinardo told me she was attracted to the Young Farmers Conference first and foremost for the community. As the co-manager at Back 40 Farm in Connecticut, she acutely feels that need for connection. “Your head is down, your pedal’s to the metal, and it’s hot and it’s hard and you sort of forget every once in a while to check in and say, ‘Hey, why am I doing this? What’s the bigger picture of this movement?’ And when you’re in a room with 200 other young farmers who have been in the same boat, it’s a special thing,” she said.

Earlier this month, I attended the eighth annual Young Farmers Conference and had the chance to witness that special thing in person. I spoke with many farmers, workshop presenters, and industry leaders, and what I found was a local food movement in transition, justifiably celebrating all that it has accomplished, but unsure of exactly where it’s going next or how it will get there. Amidst the revelry, there was also discontent, worry, and a palpable sense of restlessness. The opportunities for young farmers are plentiful right now, but so are the pitfalls.

Years of Training for a Job that Barely Pays

In response to the burgeoning demand from young folks interested in sustainable agriculture, new farmer training and apprenticeship programs are sprouting up all over the country. But compared to the opportunities available for those interested in other career tracks, there are still too few of these programs, and the programs tend to be concentrated only in certain regions.

Take Georgia, where Ashley Rodgers works for Serenbe Farms, one of a growing number of suburban “agrihoods” centered around small farms. Rodgers said there are few farms in the state that have apprenticeship programs, and yet, “there’s no interim step between intern and farm manager.”

What will it take for more young farmers to access training outside progressive food bubbles such as the coastal cities and the Northern Midwest? That’s the big question. “It’s a matter of making sure the public feels that farming is a legitimate profession,” Barbalinardo of Back 40 Farms said.

The larger challenge is that once leaving these programs, many young farmers are finding that core business models centered around direct sales to consumers—through farmers’ market and the community supported agriculture (CSAs) subscription programs—are difficult to sustain. In one recent study of full-time CSA farmers in the Pioneer Valley of Massachusetts, 81 percent said they were not earning a living wage. 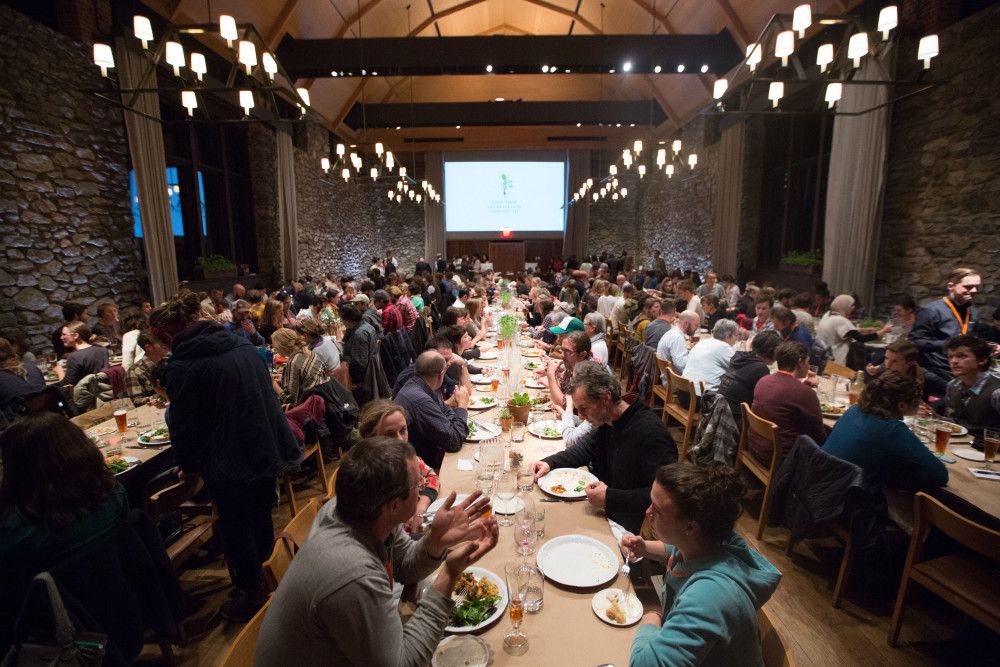 Talk to any young or beginning farmer, and you’re likely to hear stories of the emotional exhaustion and financial stress that too often come along with selling at farmers’ markets and through CSAs. Angela Roell of Yard Birds Farm in Williamsburg, Massachusetts said she doesn’t see farmers’ markets as a financially viable and sustainable way for farmers to get their product out there, noting, “there’s too much loss and too much time invested.”

“If you look at the 300 people here this week, how many of them are practicing agriculture in 10 years? How many of them feel that they’re able to do that?” asked Jill Isenbarger, the Executive Director of Stone Barns, when I spoke to her at the conference. The day-to-day grind that many small modern-day farmers face—with very little support or income—weighs heavy on her mind. “The next phase is having many more farmers who can make a living in a way that is emotionally sustainable,” she told me.

“We need more farmers than ever right now,” said Nancy Vail, co-owner of Pie Ranch. “But we need to make sure that we’re not falsely growing new farmers without any new place for them to go.”

Pie Ranch is an educational farm, founded by Vail and her husband Jered Lawson in 2004, north of Santa Cruz, California. Vail said she spends a lot of time asking, “How do we build a more desirable farming system that pays a living wage and is a way that people can send their kids to college?”

Part of the answer, as they see it, is institutional buying. Pie Ranch is currently in the middle of a large expansion of both land and mission, pioneering new sales partnerships with Bay Area institutions like Google (whose cafeterias serve local food) and Stanford University, while also launching an incubator program designed to offer training in sustainable agriculture.

Another private-sector food company exploring solutions is Blue Apron, which in 2015 served three million pounds of locally sourced produce in their meal kits from small- and medium-sized farms. Matt Wadiak, founder and COO of Blue Apron, attended the Young Farmers Conference, where he asked me to pass along a simple and direct message to any young farmers interested in growing produce for their pre-prepared meals. “Call me, please. We need more farmers.”

Wadiak says that Blue Apron has “a lot of experience getting people to a point where they can support an actual commercial-size harvest.” It also has a full-time agro-ecologist on staff, and a farm-sourcing team that consults and builds relationships with farmers.

Isenbarger says that at Stone Barns they’re also looking toward food hubs as a potential solution. The goal, she added, would be to “get goods from small farms aggregated and into different markets.” 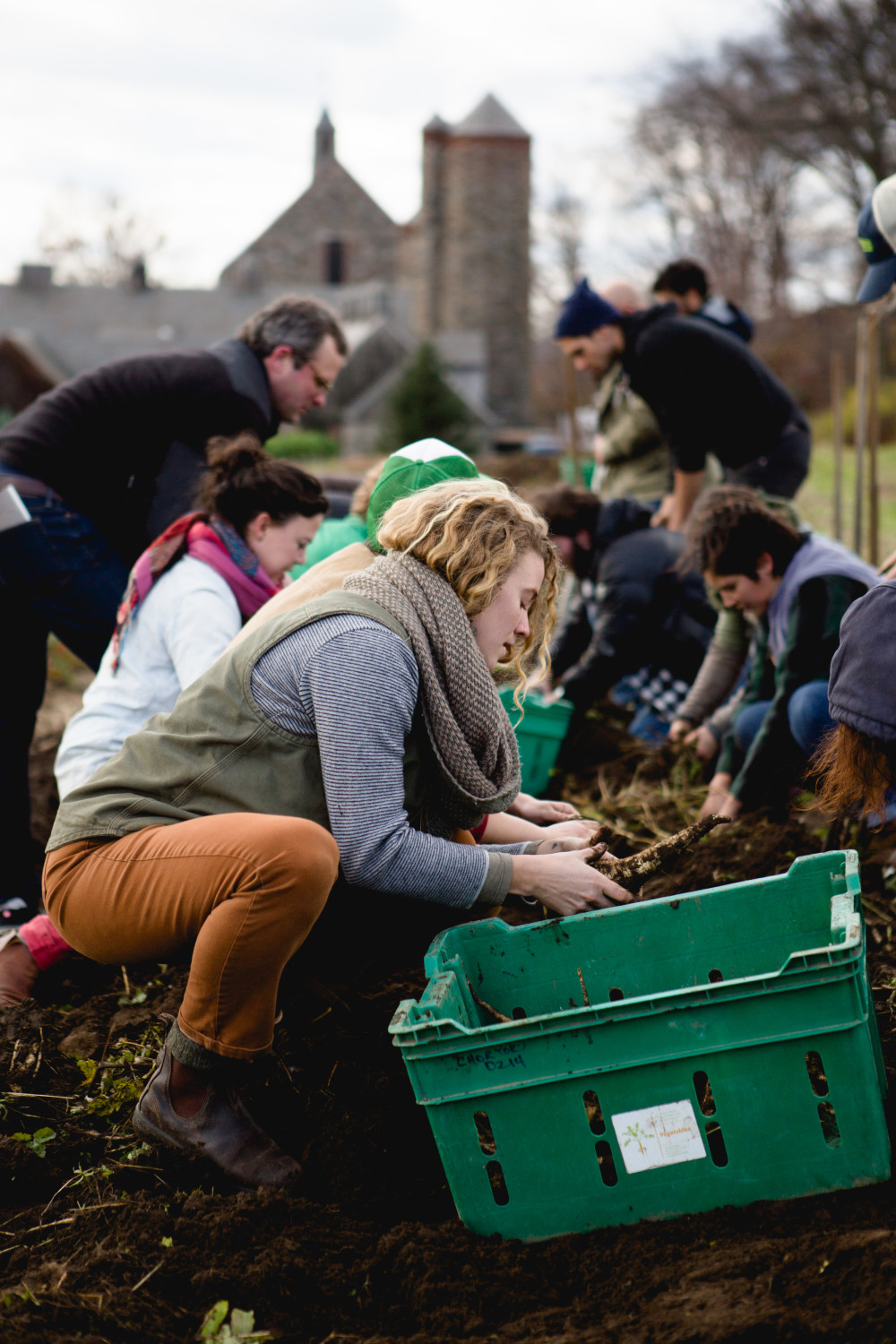 While there is clear excitement around new business models and food distribution systems, several people at the Young Farmers Conference also mentioned the importance of ensuring that the food movement does not limit itself to a small slice of the overall population.

“People talk about organic food and high-quality food as something for yuppies or middle-class white America,” said Maya Kosok of Hillen Homestead, an urban farm in Baltimore. But, she said she has observed otherwise. “I think that there’s a much higher demand and interest [in local and sustainable food] than a lot of people will give urban areas credit for.”

Pie Ranch’s Vail, who hopes to work with Latinos farmworkers running their own farms, also pointed to race as an important area of growth. “We’re constantly learning more about our history,” she said. “We’re working through feelings of defensiveness and guilt as white people. There’s a lot of opportunity in that in working with the soil, with plants, and with communities.”

Leah Penniman and Jonah Vitale-Wolff, the founders of Soul Fire Farm in Grafton, New York, view their work training farmers as a cultural healing project for youth of color who might strongly associate farming and oppression. Doing that work “looks like being together and being loving with each other,” said Vitale-Wolff. “But also being fierce and challenging each other. Truly changing our food system doesn’t always look pretty.”

As a movement changes and grows and tries to become both what it always aimed for and something it never imagined, tweaking the guiding principals is both fraught and fundamental.

Jonah has some advice for how to navigate those choppy waters. “It involves a kind of radical listening,” he said. And “being open to things that we weren’t expecting or don’t necessarily want to hear.”

But such work will likely be worth it, as young farmers find ways to transform the landscape before them. As Pie Ranch’s Lawson put it: “We can’t let the food movement stop at the glorification of local food.”