Can Thrive Market be a Kinder, Gentler Amazon for Organic Food?

In the year since it launched, the online marketplace has grown by leaps and bounds. But can it help more Americans eat healthy? 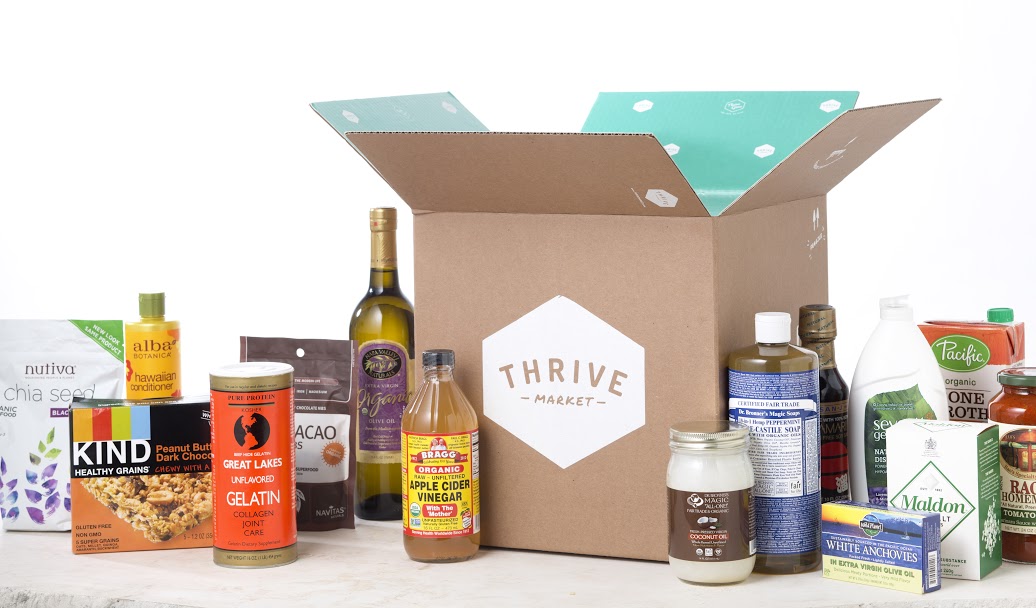 The founders of Thrive Market say they’ve discovered a way to make organic, natural, and non-GMO foods accessible and affordable for the average American: Sell them through an online shopping club, at wholesale prices, and ship them out via Fed Ex within a day.

“Our target is everyday American families,” says Nick Green, Thrive’s co-founder and co-CEO, a duty he shares with serial entrepreneur Gunnar Lovelace. By “everyday”, he means middle-class Americans—mostly moms—who are shopping for the entire family, and “want to buy healthy choices on a budget.”

Imagine a kinder, gentler Amazon—without the drones or the third-party vendors. It’s a place where users pay a membership fee to buy organic and non-GMO products—packed in recycled materials—at a discount 24/7. And where every available product is tagged by one of dozens of values, and being certified carbon neutral gives you bragging rights.

When it launched late last year, Thrive Market joined the well-documented rise of organic foods, sales of which have grown exponentially in the last decade. According to the USDA, organic products are available in over 20,000 natural foods stores, and three out of four conventional stores. Yet, organics still only make up about 4 percent of total U.S. food sales. Thrive’s founders think they can push that number higher by combining the Internet’s wide reach with the old-fashioned concept of a buying club. In 2016, they plan to launch IOS and Android apps that will allow customers to shop by phone.

Similar to Costco, but without the bulk quantities, Thrive Market members pay $60 a year to access 4,000 products. The membership fee, says Green, allows Thrive to charge wholesale prices for products by paying for operation and fulfillment costs. According to the company prices are typically 25 to 50 percent lower than your local supermarket.

Customer response, so far, shows Green and Lovelace could be onto something. They started the company in September 2014 with $8 million in seed money from “health and wellness influencers” like Deepak Chopra, Tony Robbins, Mark Sisson, and Jillian Michaels. Celebrity investors like Twilight actress Nikki Reed and her boyfriend Vampire Diaries star Ian Somerhalder, as well as model-turned-TV- host Molly Sims, evangelized about Thrive in interviews and blog posts. These early partnerships were “incredibly effective” at getting the word out, says Green.

Thrive grew again in July 2015 with $30 million in Series A funding. Lovelace says it was the largest early-stage amount ever raised by a Los Angeles-based e-commerce company. Backers included the parent company of the Food Network, Honest Company CEO Brian Lee, and Stonyfield Farms cofounder Gary Hirshberg. As of late 2015, Thrive Market was at an $80 million run-rate, with $40 million in total sales. The site has attracted over 2 million users since it launched and has 150,000 paid members. They’ve also given away an additional 150,000 memberships through Thrive Gives, a free membership program targeted at low-income families, students, teachers, and active military.

“We’ve grown five times faster than we expected,” says Green. For the first year, the company’s 40,000 square-foot warehouse in Commerce, California was its only fulfillment center—a fact that lead to complaints from customers who weren’t receiving orders fast enough. So Thrive used some of that investment money to open a 375,000 square-foot fulfillment center in Baseville, Indiana in November. They also amped up marketing with the launch of a magazine (featuring original articles and lots of ads for Thrive products) while expanding original wellness and recipe educational content on their website.

Demographically, 85 percent of Thrive customers are women, and most skew younger in age than the typical Costco shopper. In a nod to millennials’ desire for a customized and curated shopping experience, shoppers are encouraged to “shop by your values” in pre-determined categories such as vegan, raw, paleo, “healthy moms, ” and gluten-free. Users can also search by even more defined terms like: fair trade,  grass-fed, sustainably farmed, woman-owned, and “no antibiotics.” In all, products are pegged across 120 total categories.

“We take a really curated approach,” says Green. “A lot of our members are new to health and wellness. We are going for a removal of the choice overload. We’ve done all of the work for you.”

The curated approach, led by Thrive’s team of four buyers, is an element that differentiates the site from competitors like Amazon and Jet. Rather than combing through tons of choices, Thrive customers get limited options in each category. Say, five almond butters rather than 15. And all are guaranteed non-GMO. But how do the prices compare? A recent search found that consumers would pay $4 more on Amazon than they would for a similar product at Thrive.

Although Thrive also plays up their giving program, it’s clearly still a work in progress. Like Tom’s which gives away a pair of shoes for every pair a customer buys, Thrive hands out a free memberships to a low-income family for every paid membership, usually through third-party nonprofits like Blue Star and The Boys and Girls Club. But most of these free accounts, Green admits, have never been activated. The lackluster response forced the company to revisit this strategy.

In November, Thrive added a feature that allows people to apply directly through the website for a free membership. The use rates have risen, says Green, and are actually comparable to paid members. In late January, they plan to take the effort up a notch by adding three first purchase credits, which co-CEO Lovelace said in an email, “Can really move the needle for less fortunate families in creating new healthy habits.”

Thrive also recently partnered with True Sioux Hope Foundation to provide free memberships to all Pine Ridge residents, and free boxes of food and organic baby and household products to a limited number of families. But it remains to be seen whether giving programs like these might actually improve access to organic and non-GMO food for any significant number of food-insecure Americans.

A stance on larger food system challenges and supply chain awareness must become part of Thrive’s business approach if the founders are to be successful at improving healthy food access, says Nina F. Ichikawa, Policy Director at the Berkeley Food Institute.

“Like any retail option, we hope this one will give fair prices and fair wages to workers that pick and ship the goods,” Ichikawa told Civil Eats. “That would truly make ‘healthy living accessible to everyone.’” She also points out that Thrive Market won’t be able to compete with grocery stores and farmers markets until it accepts SNAP (Supplemental Nutrition Assistance Program) benefits—or “food stamps.”

Green says the 170 workers in the two fulfillment centers receive the same benefits as Thrive’s executives and get paid “strong wages.” In regards to food stamps? Right now, online retailers can’t accept EBT benefits: The U.S. Department of Agriculture (USDA) hasn’t built the functionality needed to make that happen. But, a pilot program through the USDA that would allow e-commerce platforms to accept SNAP benefits is in the works, and Thrive is vigorously campaigning to be in the first pilot cohort next year. The USDA didn’t respond to requests for comment.

According to Thrive’s founders, the company has the potential to fix three pressing issues currently facing the food system: the high cost of sustainably produced food, lack of access due to geographical limitations, and a lack of consumer education (hence the magazine, blog, and videos).

“Consumer values are shifting,” says Green. “For the first time, in the last seventy-five years of the industrial food system, people are waking up to the fact that our food supply is functionally poisoned, that there are toxic ingredients, unnecessary processing, and real dangers to the diet we are eating. We see ourselves fitting in by making it more possible for people to act on that awareness by making healthy, non-GMO, organic options accessible to everyone.”