How One Woman Changed the Supermarket Produce Section Forever

The new documentary 'Fear No Fruit' tells the story of Frieda Caplan, the woman behind the discovery and marketing of once-obscure produce like kiwis, sunchokes, and fiddleheads. 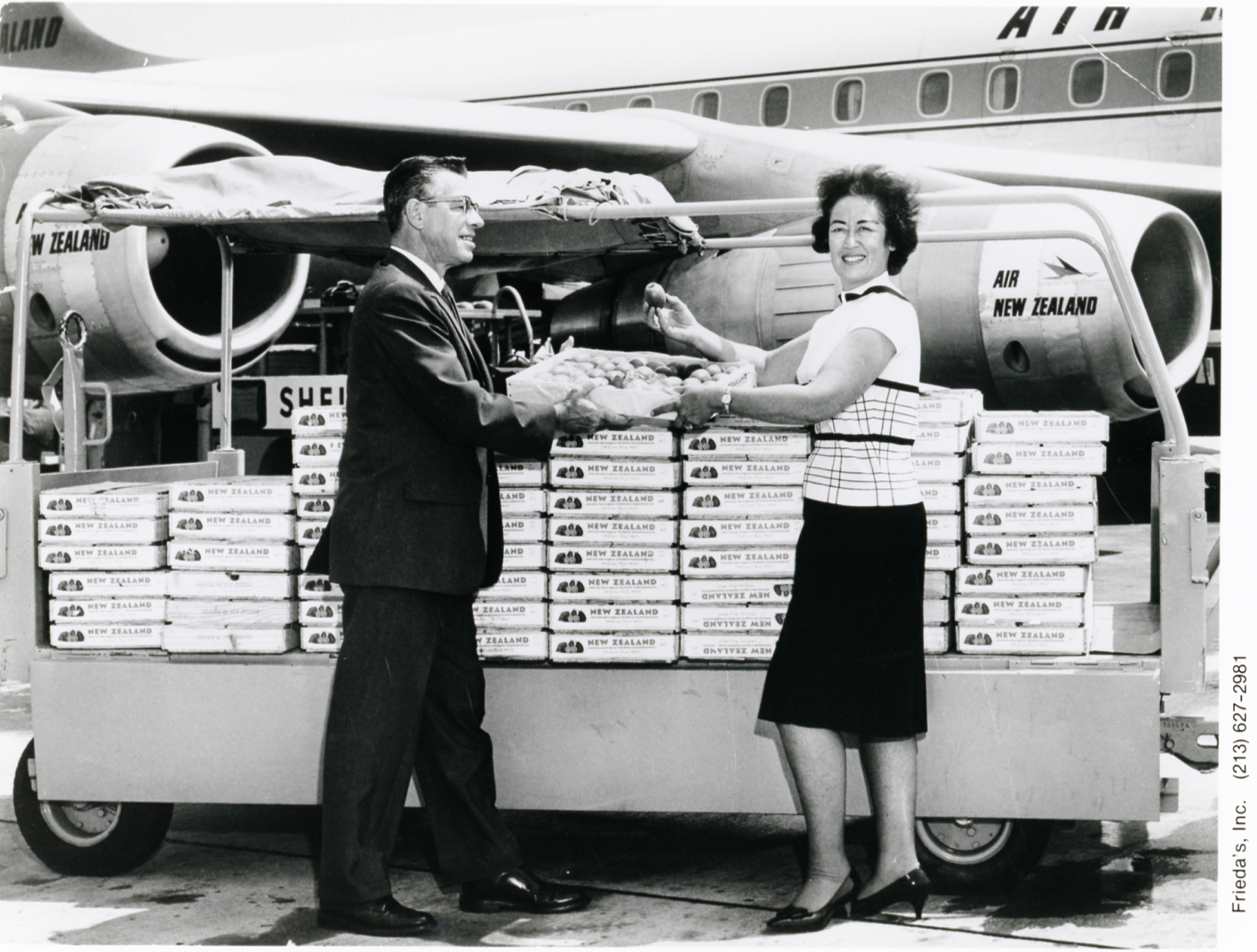 It all started accidentally. Frieda Caplan, new mother and UCLA political science graduate, was looking for a job with flexible hours. Through her relatives she found an opening at Giumarra Brothers Fruit Company’s stall in the Seventh Street wholesale produce terminal in downtown Los Angeles.

One day she spied some fresh brown mushrooms while working at the register. In the early sixties, the fungus was considered gourmet, and previously only available in a can imported from Taiwan. Soon, thanks to Caplan’s efforts, a large market with several locations placed an order for a hundred cases–too big for Giumarra Brothers to fill.

So Caplan packed her infant daughter up in her car and drove 40 miles to Huntington Beach and the closest mushroom farm, where she helped pack boxes until the order was filled. She was hooked on the experience, and eventually opened her own business as a specialty produce wholesaler, and went on to became one of the most influential people in the produce industry in the process.

Frieda Caplan’s entrepreneurial rise is the subject of an engaging new documentary titled Fear No Fruit, about the married mother-of-two’s success in the male-dominated produce world. In 1962, when Caplan stepped into the Los Angeles Produce Market, the produce arena was filled with simple foods like single red tomatoes, unwrapped iceberg lettuce, and green bell peppers, never red unless they were left to ripen on the vine.

Today, the produce section is the most profitable part of the supermarket; in 2014, sales in fruits and vegetables amounted to approximately $7.34 billion. The extraordinary selection found in the bins today is due, in part, to Caplan, who is credited with introducing the U.S. market to more than 200 fruits and vegetables—everything from fiddleheads to jicama and finger limes.

“Talk to the woman in back,” men would say when someone pulled up with an unusual item that they wanted to distribute through the market. Or when Safeway called up asking if anyone had a lead on the Chinese gooseberry, a one-off request for the strange fuzzy fruit. No problem, Caplan said. She filled the order, and—according to the film—even coined the name kiwifruit after the Kiwi, the flightless bird native to New Zealand.

It took 18 years for the kiwifruit to become an expected item in the aisles. When Caplan first tried to sell the unattractive fruit, her brokers laughed. In the film, Karen Caplan, Frieda’s eldest daughter and now CEO of Frieda’s Specialty Produce, recounts the story of her mom trying to sell the kiwifruit to disbelieving men: “Mom went to Harry Vickman [owner of the local café] and asked him to make kiwi tarts. She offered the tarts to produce buyers as a way to get them to try the fruit. This was hugely innovative.” 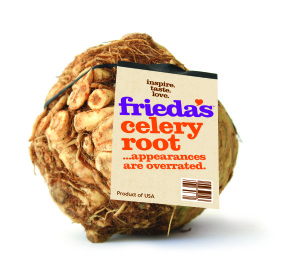 Consumers had to be educated along with brokers. When sunchokes hit the market alongside ginger, no one could tell the difference between the two. Caplan packaged up a small flat of sunchokes and stuck a label on it. She also made flyers about what people were sampling—imagine buying a spaghetti squash and having no idea what was inside the hard yellow exterior—and included recipes on the stickers.

Throughout the 97-minute film we meet other “big names” in the produce world that you might not know of, like David Karp, the fruit detective; Phil Lempert, the Supermarket Guru; and Al Courchesne, the farmer who started Frog Hollow Farms. Through these introductions, we get a fascinating behind-the-scenes glimpse at the sourcing, merchandising, and selling of everyday fruits and vegetables.

We also get to know the Caplan family, who have continued Frieda’s legacy at the female-owned, family-led company. Her daughter Karen, now CEO, was 15 when she first joined her mom at the office. Karen’s eldest daughter Alex also found her way into the specialty produce industry.

Caplan—who, at 92, continues to go to the office every day—says she still welcomes the “next big thing” like the Stokes purple sweet potato, a Northern California variety she helped develop that has since become one of their top sellers. Diversity like this “elevates our industry as a whole and keeps us on our toes,” she says.

With an estimated 20,000-80,000 fruits and vegetables that are grown but not developed commercially, specialty farmers and produce sellers still have plenty of runway before they run out of things to introduce. “The movement toward home cooking and using fresh ingredients really helps propel our business,” Caplan says. “People are always looking for something new to cook and to taste.”

Top photo: Frieda Caplan accepts her first shipment of kiwifruit. Middle: Frieda’s packaging has been approachable and innovative since the beginning.