The West Coast Groundfish Recovery: The Best Fish News You Haven’t Heard Yet

By 2000, most of the groundfish on the West Coast was gone. Here's how environmentalists and fishermen worked together to revive a local fishery. 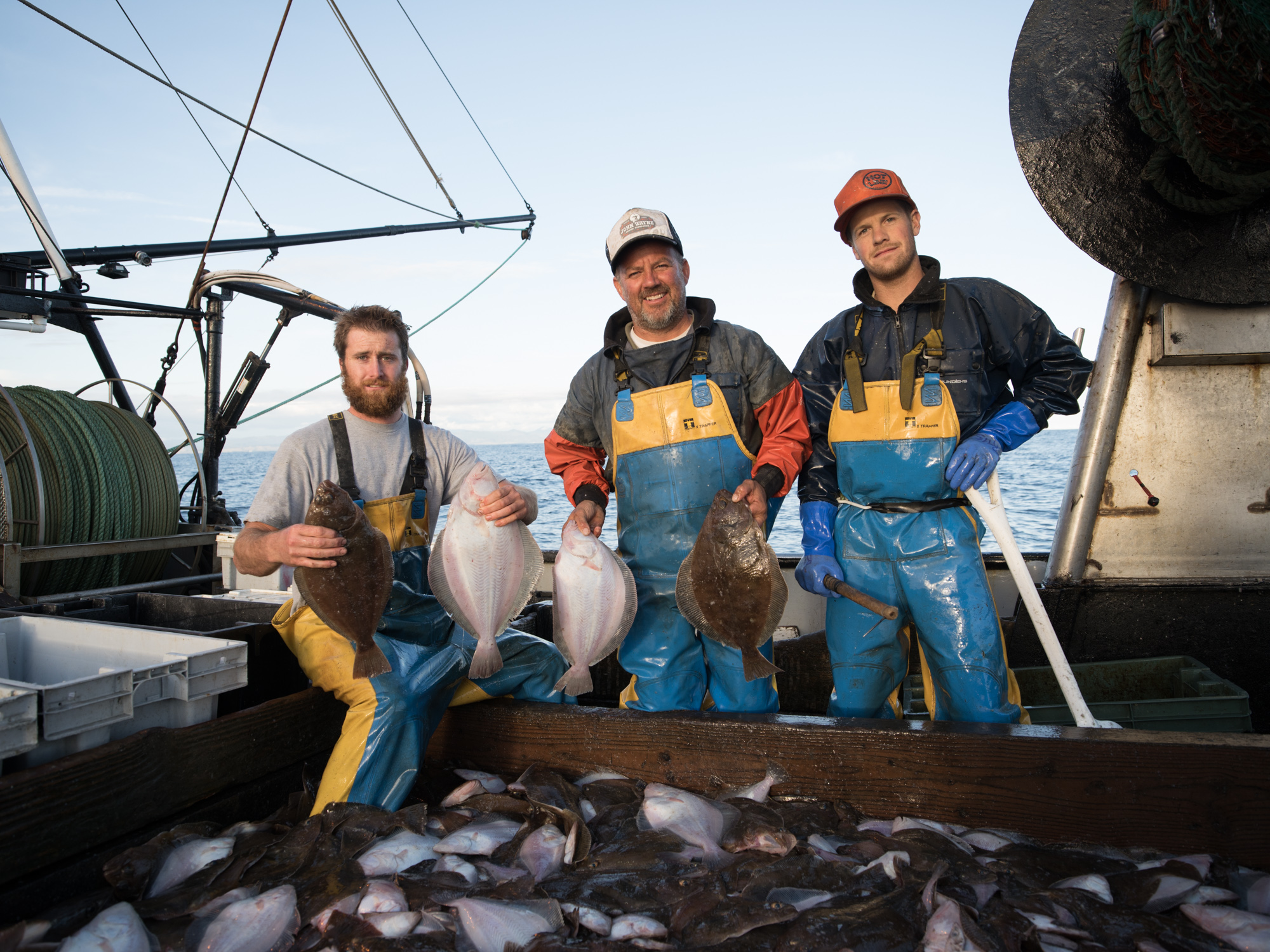 Monterey, California, used to be an epicenter in the West Coast commercial fishing industry. These days, it’s still a working port, but many visitors know more about Steinbeck than Market Squid deliveries. And the city’s waterfront is full of restaurants serving shrimp and tilapia imported from China. And it’s not the only place doing so.

Many small ports around the United States have fallen into disrepair as more Americans consume imported, often farmed seafood. But there’s also an evolution taking place in commercial fishing in some small port towns that might just create more diverse, robust economies.

Cities up and down the West Coast once relied heavily on local “groundfish,” such as rockfish, sand dabs, and petrale sole. But the groundfish fishery saw a dramatic decline by 2000, and although many of the fish themselves have come back, the industry hasn’t recovered. Now, a public-private partnership is working to bring access to local fish in small port communities. And it’s a change that could benefit fishermen and women and the environment, and help small port towns rebuild more robust, stable, and diversified economies.

Guiseppe “Joe” Pennisi, a third generation Monterey fisherman, has been running a boat since he was 18. He saw the West Coast ground fishery begin to grow in 1987 and balloon to hit 11,000 vessels by 2000. That was the year the federal government declared the coast of Oregon, Washington, and California an “economic disaster” due to groundfish stocks collapsing.

At the time, the Monterey Bay Aquarium’s Seafood Watch program moved most species of West Coast groundfish on to their red “Avoid” list, and by 2005, the nonprofits Oceana and Natural Resources Defense Council (NRDC) filed a lawsuit against the National Marine Fisheries Service for failing to protect groundfish.

Pennisi says that during the 1990s and early 2000s, federal fishing regulations tightened and he was only allowed to land and sell 250 pounds of rockfish every two months. When he was fishing for sand dabs and petrale sole, he still caught large amounts of rockfish; by law, he was required to dump these back in the water, dead. Pennisi explained, “We’d bring in 25,000 pounds of fish in one tow and discard 80 percent of it. It was disgusting.”

When Pennisi was unloading in the port in Monterey, he says he was treated like a pariah. “No restaurants would buy our fish. We lost any local market for rockfish,” he says.

Pennisi quit fishing in 2005 and got his contractor’s license. But he didn’t sell his boat or fishing permit, like many other West Coast fishermen did at the time. 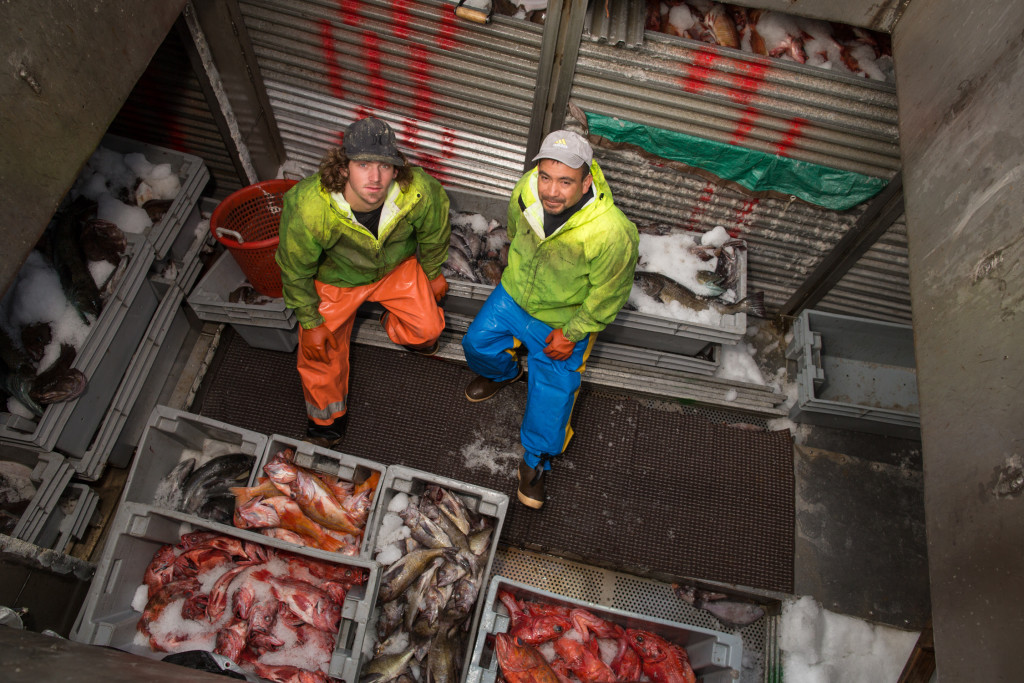 By 2011, this fishery turned to an individual fishing quota (IFQ) system also known as “Catch Shares.” (A state or federal regulator sets a total allowable catch based on species and volume over a particularly time period then divide it into quota shares.) The shares were divvied up between large bottom trawlers leaving the commercial fishermen using with hook-and-line boats largely out of luck.

Boats going out for groundfish were also required to have an observer on board to monitor bycatch, which cost the boat about $500 per day. It was financially prohibitive for everyone except trawlers that catch high volume of fish. The fishery had collapsed and a lot of fishermen were trying to get out of the business. They weren’t making money, and due to environmental concerns, the rules and regulations kept tightening around them.

At around that point, the Nature Conservancy (TNC) got involved and began buying permits and quota from the fishermen. Traditionally, TNC buys land to set aside for protection. They may have had a similar intention in mind when buying the groundfish permits, boats, and quota. But instead, the TNC began working with fishermen.

According to Kate Kauer, Fisheries Project Director with TNC, “Once we bought the permits, we realized there was an opportunity to use them on the water. Fishermen can’t take on a lot of risk, but by partnering with us, we could try new models, and partnerships. As well, they could collect data and help us design areas to fish and those to protect.”

TNC started collaborating with trawlers up and down the California Coast. In order to manage the risk of catching overfished species, and maximize the returns from their trips, fishermen in Ft. Bragg, Morro Bay, and Half Moon Bay formed the California Groundfish Collective. The fishermen in the group share data with one another, and with TNC so they avoid overfished stocks and can help each other pinpoint areas of abundant species.

Soon, many of the species rebounded. By 2014, Seafood Watch upgraded 21 species of West Coast bottom fish from “Avoid” to “Best Choice” or “Good Alternative.” Russ Parsons reporting for the Los Angeles Times called it a “dramatic turnaround,” as some of the rockfish species rebounded a full 40 years ahead of what had been projected. 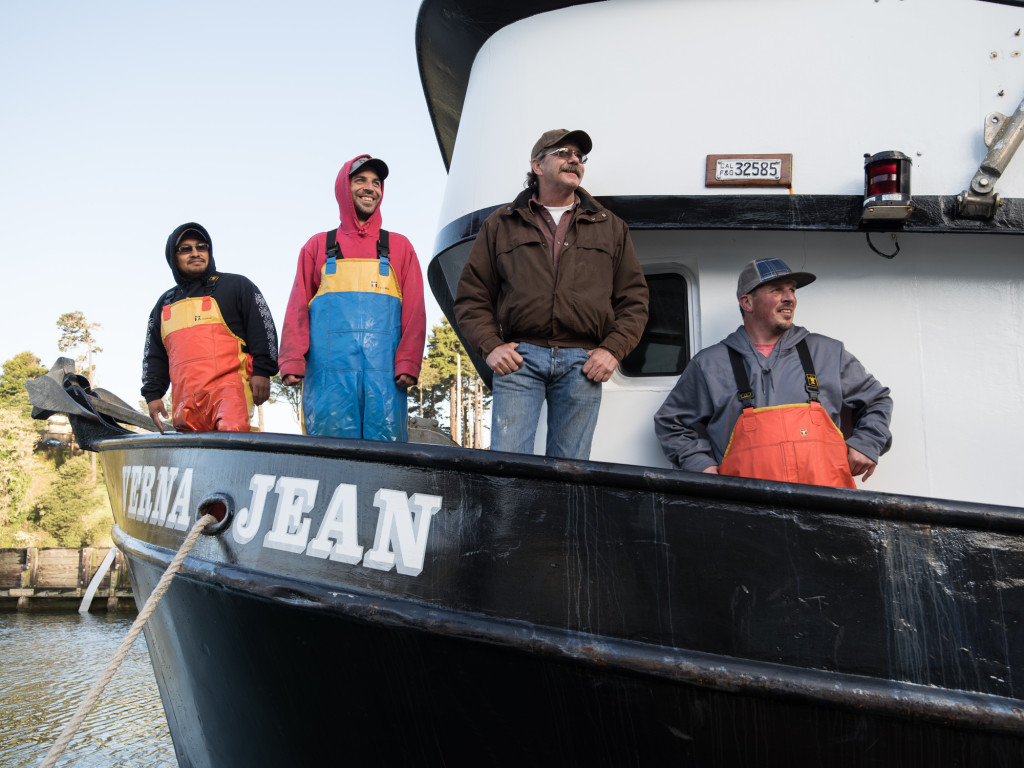 But despite this almost unprecedented success story, fishing infrastructure and local markets did not rebound. Few restaurants put the fish back on their menus.

“Once you lose market share you are no longer important. People forget about you,” says Pennisi. But he hasn’t given up. In fact, he has been innovating his boat’s trawl gear to reduce bycatch and damage to the ocean floor. Pennisi modified his net, giving it a “light touch” as it skims over the bottom, and began using larger mesh to allow small fish to escape unharmed.

He may also soon have access to quota once held by the TNC through a community trust. It turns out that TNC purchased more quota than one entity was allowed to own, and they had to divest or sell it by November 30, 2015. But instead of selling it off to the highest bidders, TNC started working with communities, and selling it to fishermen who were using less destructive gear and taking sustainability measures. The first was in Morro Bay, California, where they sold catch shares to the Morro Bay Community Quota Fund. According to the director, Jeremiah O’Brien, the fund is made up of “fishermen, environmentalists, city managers, and members of the community who want fish to stay in our small port for perpetuity.”

Then, earlier this year, the city of Monterey approved allocating $225,000 to go toward the purchase of groundfish quota, which will be managed by Monterey Bay Fisheries Trust, a new nonprofit. In September, the trust announced a deal to purchase roughly 4.2 million annual quota pounds from the Nature Conservancy.

This could go a long way toward bringing back local fish and fishermen and women to the historical fishing town.

More collectives and community trusts are forming in small port towns along the California coast, and other community-based innovations are taking place around the country. In Alaska, a group has started the Local Fish Fund, a community–based investment fund that helps individuals, particularly young, new fishermen and women, get access to local fish.

All of these are hopeful indicators that a time is coming when fish will once again be viewed as a valuable public resource to be protected for future generations of fishers and consumers.

Photos for The Nature Conservancy by Corey Arnold.