All the News That’s Fit to Eat: Antibiotic Disaster Looms, Carbon Farming at COP21, and a Food Desert Fail 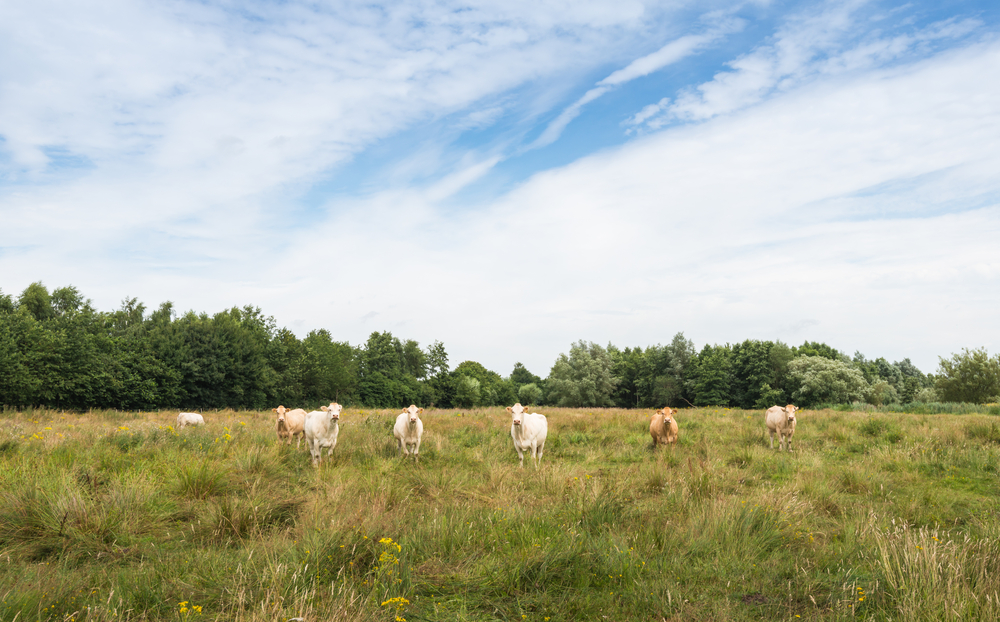 We know it’s a busy time of year. Luckily, we read the food news for you.

In 2011, a group of major food retailers promised to open or expand 1,500 grocery or convenience stores in and around food deserts, but an analysis by The Associated Press shows they haven’t made much progress. Out of the 10,300 stores that the nation’s top 75 food retailers opened from 2011 to the first quarter of 2015, only around 250 were in so-called food deserts. As of 2010 the U.S. Department of Agriculture reported that 18 million people lived in food deserts and only 1.4 million of those people have seen new supermarkets move into in their neighborhoods since then.

Report: Antibiotic Use in Food Fuels Resistance to Vital Drugs (The Guardian)

A new report warns that the use of medically important antibiotics in agriculture is fueling drug resistance and must be cut back or even banned. The report says human antibiotic use is also on the rise, leading to growing resistance. A panel of experts argued that there should be a limit to antibiotic use in livestock and fish for each country, and that a good starting point would be reducing to the limits that Denmark (known for low antibiotic usage while also being one of the world’s largest exporters of pork) has set.

Two years ago, the U.S. Food and Drug Administration (FDA) asked drug makers to voluntarily stop selling medically important antibiotics for growth-promotion in farm animals. But the FDA’s annual report on the sale of antimicrobials for use in farm animals, released yesterday, shows that the agency’s efforts haven’t helped. Between 2013 and 2014, sales of antibiotics for use in livestock increased by 4 percent, and year-over-year sales of drugs that were medically important for human health were up by 3 percent.

The food industry is hoping to head off state GMO labeling laws (such as Vermont’s, which goes into effect next summer) by adding a provision to a massive spending bill that Republicans and Democrats want to wrap up this week. If passed, the industry-backed legislation would pre-empt any state labeling requirements. Debbie Stabenow (D-Michigan), the top Democrat on the Senate Agriculture Committee, says she thinks the issue is too controversial for the year-end spending bill, and John Heoven (R-North Dakota), who has been working with Stabenow to find a compromise, says it doesn’t seem like they’ll find one by the end of the year.

This Monday, Maine Congresswoman Chellie Pingree announced her plan to introduce a new bill to Congress that would help reduce food waste. The bill aims to help farms, retailers, restaurants, and school to waste less food, while diverting high quality food to food banks, and using non-edible food scraps to produce energy or compost. A few months ago, when the bill was still being drafted, we talked with Pingree about the effort, and what she sees as the obstacles to getting it through Congress.

World leaders at the 2015 U.N. Climate Change Conference in Paris have made the capture of carbon in soil a formal part of the global response to climate change. A growing number of environmental advocates say farmers and land managers sequestering more carbon in the soil is one of the best opportunities for drawing carbon back to Earth. Eric Toensmeier, a lecturer at Yale and author of the forthcoming book, The Carbon Farming Solution, says, “Reducing emissions is essential, but eventually it still gets us to catastrophic climate change. The level of emissions in the atmosphere now is already past a tipping point. That means we have to sequester carbon.” Agriculture Secretary Tom Vilsack thinks the climate deal will improve the food supply, and told USA Today that “unless the warming of the earth is slowed, it will damage the quantity, quality and delivery of food across the world, perhaps generating hunger and conflict.”

The world’s 4 billion small farmers, fishermen and women, indigenous peoples, hunters and gatherers, rural workers, pastoralists, and young people on the frontline of climate change say they have been excluded from the Paris climate talks and feel hurt that they aren’t able to take part in the discussion. Many feel that the more powerful, richer voices drown out their ideas and even set back their causes. Representatives of farmers groups and agro-ecologists also feel betrayed, saying the agenda in the talks has been to promote the interests of agribusiness, when instead, the direction in which agriculture is headed must be changed in order to have a positive effect on the climate.

A total of 120 Boston College students say they became sick after eating at a Chipotle restaurant last weekend. The Washington Post looks at some key data to put the outbreaks into perspective. Bloomberg reported that Chipotle’s greatest strength–freshness–might also have turned out to be its greatest weakness.

Dunkin’ Donuts to Switch to Cage-Free Eggs by 2025 (CNBC)

This Monday, Dunkin’ Donuts announced that it will switch to cage-free eggs by 2025. They also said they will not source meat from pigs raised in tight metal enclosures in the United States after 2022. Dunkin Donuts joins General Mills, McDonalds, Taco Bell, Jack in the Box, Starbucks, Nestle, Unilever, Sodexo, and others for a total of 60 companies that have made the switch.

The U.S. Food and Drug Administration (FDA) has approved a chicken that has been genetically engineered to produce a drug called Kanuma in its eggs. The drug, designed to treat lysosomal acid lipase deficiency, replaces a faulty enzyme in people with a rare, inherited condition that prevents the body from breaking down fatty molecules in cells. Unlike the genetically engineered salmon that was approved by the FDA last month, the transgenic chickens are not intended to enter the food supply.

Researchers are finally learning more about non-celiac gluten sensitivity. A new study suggests that gluten-sensitive individuals may harbor high levels of a molecule called zonulin that is linked to inflammation. Levels of zonulin in the blood have already been shown to be high in people with celiac disease, but in the new study, levels in gluten-sensitive individuals are almost as high.