A Community Garden Sprouts up in a Detroit Housing Development

It Takes a Village Garden is one of a growing number of community farms and gardens being integrated into housing developments across the nation thanks to inventive new public-private partnerships. 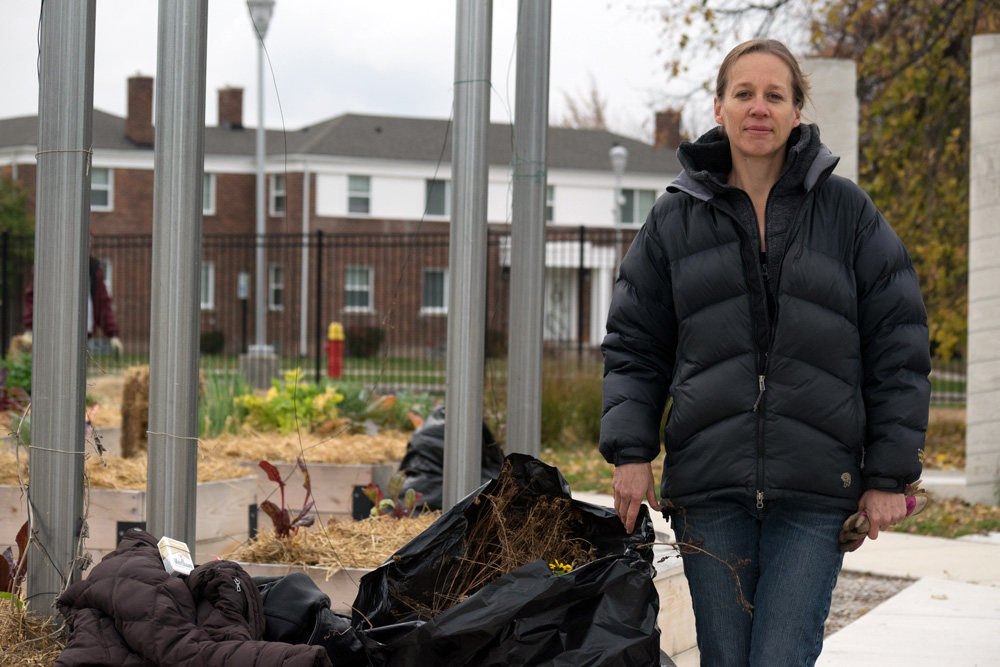 On a chilly, cloudy Halloween morning in Detroit, about a dozen volunteers clutch steaming cups of coffee with garden gloves. They’re here to clear vegetation and line plant beds with straw for the winter. A year ago, this city-owned playground was yet another reminder of neglect in a bankrupt town: an overgrown piece of land in a neighborhood pockmarked with vacant, burned-out houses, where over a third of families live below the federal poverty line.

But today, these kids and dads and uncles and grandmas are celebrating the end of their first harvest at It Takes a Village Garden, one of a growing number of community farms and garden spaces that are being integrated into housing developments across the nation.

This particular garden was built last year as part of the redevelopment of the Renaissance Village apartments, a cluster of buildings that was in foreclosure with a 30 percent occupancy rate when housing developer Ginosko Development Company acquired the property in 2013. The company combined federal Neighborhood Stabilization Funds and City of Detroit housing funds with its own investment to restore 185 units of rent-subsidized workforce housing, including townhomes and apartments.

The idea for incorporating a garden into the project was conceived by the local community. But it took the combined resources of Ginosko, city and state government, the public, and local residents to make it happen.

“When we bought the property, the city wanted us to also take care of the playground next door,” says Mary Tischler, chief financial officer of Ginosko. “We held a series of public meetings and asked residents what they’d like to see happen here. The community garden is a result of their input.”

The potential benefits of such spaces in affordable housing developments are many: access to fresh food, exercise, community-building, and an opportunity to build small entrepreneurial ventures. Increasingly, affordable housing planners are catching on to the trend. But it’s an early phenomenon, and it remains to be seen which economic and management models will work best when combining community agriculture with low-income housing.

To complete the garden project, Ginosko partnered with local nonprofit GrowTown, Inc. and launched a successful crowdfunding campaign through Patronicity, a Detroit-based civic crowdfunding platform. They raised $27,500, which was matched dollar-for-dollar by a Michigan Economic Development Corporation placemaking program.

According to Tischler, the area was “what we call an urban prairie” just a year ago. “There was nothing here but rusty playground equipment. It was just weeds,” she says.

Today, the weeds are no more. The 2.9-acre garden includes 30 raised garden beds, filled with a multitude of crops including potatoes, Jalapeño peppers, Swiss Chard, tomatoes, cilantro, fennel, squashes, nasturtium, and more. Each bed is adopted by individuals or community groups from the neighborhood, who harvest and eat the food themselves. There’s a long waiting list.

And more than two acres of the property feature an array of whimsical design elements seeking to integrate people and nature.

“It’s a natural playground,” says Tischler. “It’s a place in the middle of an urban area where people can go to garden and botanize and see plants that haven’t been in this neighborhood for over a century.”

A circular “poetry garden,” paved with verse etched in concrete, was also built in the garden  in partnership with InsideOut Literary Arts program, a local nonprofit that teaches creative writing in Detroit Public Schools. A “council ring” constructed from grasses and boulders sits amid a native prairie meadow, delineating a gathering place. A sunflower living room creates a sense of enclosure for children and adults. 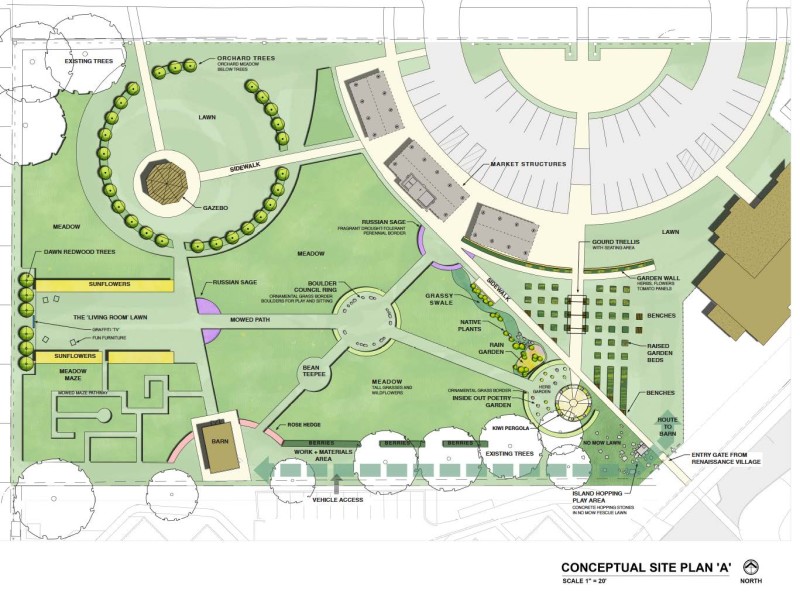 Portions of these areas are planned for conversion into an orchard and greenhouse in the future as funding allows. The site also makes extensive use of “green infrastructure” approaches to managing rainwater runoff with rain harvesting, rain gardens, and bioswales.

In its first year, It Takes a Village Garden operated solely as a grant-funded community garden. Ginosko Development Company hired a part-time garden manager to oversee the project and coordinate volunteers. The company plans to continue to fund that position for the foreseeable future, and is looking at implementing similar projects throughout its portfolio in Michigan.

Tischler believes that “the public-private partnership behind It Takes a Village  allowed them to use private funds to leverage public dollars.” This kind of partnership can be a model for housing developers to go beyond their commercial interests,” she adds. “We were able to bring about a true restoration, not only to the apartment buildings but to the wider neighborhood.”

However, Tischler concedes that it is not yet clear how the operation will be sustained in perpetuity. She says grassroots support will be key.

Beth Hagenbuch and her husband-partner Jen Weikel are co-founders of the nonprofit Growtown, Inc. and co-owners of a local architecture firm. The pair has designed several urban garden projects across the city, including It Takes a Village and the highly visible Lafayette Greens in downtown Detroit. Hagenbuch advocates for keeping long-term maintenance and financial sustainability top-of-mind for urban farming development projects, especially in low-income areas.

“One of the issues we’re trying to address is economic sustainability,” she says. “It’s one thing to get a lot of grants and get [gardens] built, but how do they continue in the future? We’d like to have a model of a productive, economically self-sufficient market gardens.”

To that end, Hagenbuch is working on implementing the SPIN business model  (S-mall P-lot In-ensive) for sub-acre urban agriculture in many of her projects. The model, developed by Wally Satzewich and Gail Vandersteen in Saskatchewan, Canada, emphasizes a small-scale, low-capital intensive, entrepreneurial approach to urban farming.

“It’s based on several principles about using every bit of your land efficiently, knowing who your customers are, what you’re going to grow before you grow it, and then growing high-value crops,” says Hagenbuch. “The problem is there’s no economy [in low-income neighborhoods],” she says. “How do you start a micro-economy?”

Hagenbuch views her role as a landscape architect as one of synthesizer. She identifies how the unique array of local resources such as people, housing, businesses, and natural amenities in an area can come together to support urban agriculture projects. And that includes being open to unconventional ideas. 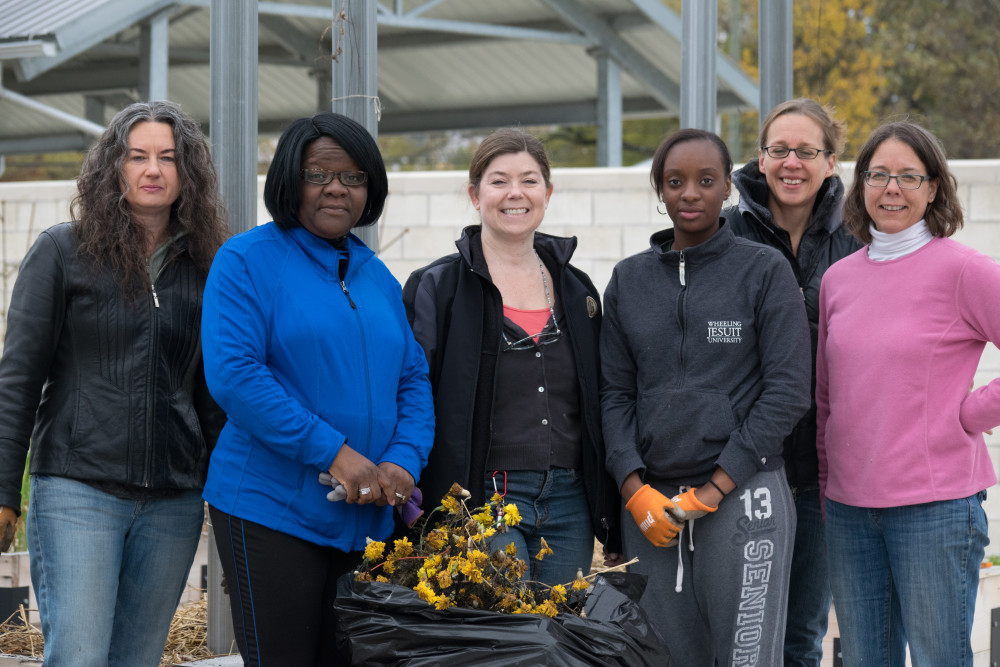 For example, one of Hagenbuch’s affordable housing projects will allocate an apartment to a market garden manager who will receive free rent as part of his or her compensation.

“One of the things that is a challenge in urban agriculture right now is the [lack] of professional, experienced farmers,” says Hagenbuch. “There’s an art and science to it and it takes time to learn.”

Lutricia Valentine is the executive director for Urban Village Network, a local nonprofit community development organization that used the garden in 2015. She says the community connections fostered by the garden have been the most rewarding part.

“We had an opportunity to have the children plant one of the raised beds,” she says. “They were able to get some of the harvest and it was really exciting for them.”

“It’s not just the residents, but also the church across the street and neighbors in the community who all came together and really enjoyed working here,” she says. “Lots of great conversation happened  in the garden.”

But, like Tischler and Hagenbuch, Valentine knows it will take dedication, funding, and expertise to keep the project going.

“We’re going to have to lean on the expertise of those who have done this for a number of years, so that they can help us to encourage our neighbors, the community, and the residents to sustain it,” she says. 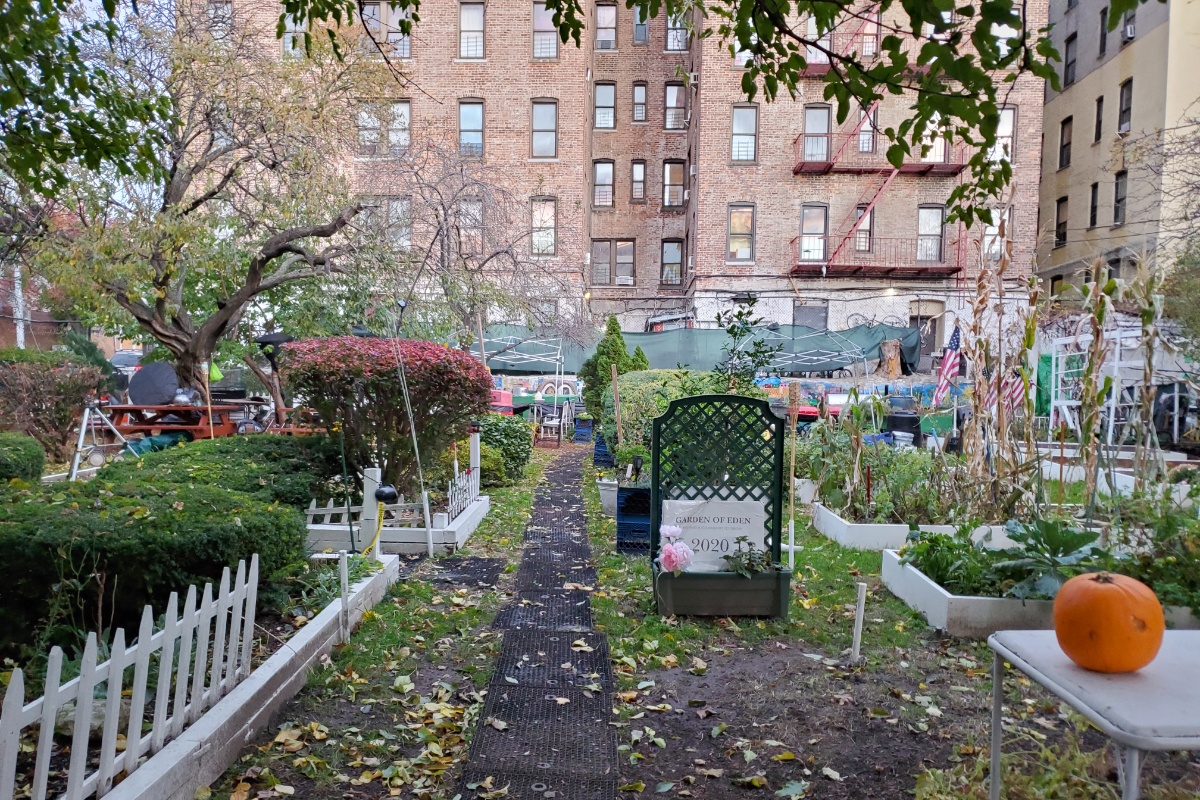