Wondering what to give the food-obsessed readers in your life this holiday season? Our editors and contributors name the food-focused books that they enjoyed the most this year. 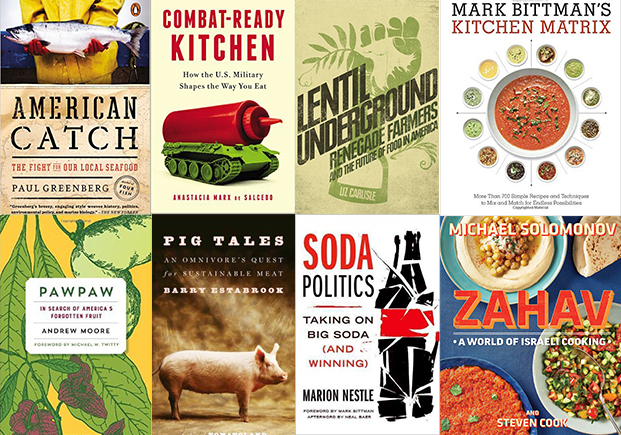 The holidays are a busy time—but many of us also paradoxically read more this time of year, thanks to travel, time off, and a slowed-down inbox. If you’re looking for your next big read or a gift for a food-minded friend, look no further. We asked our editors and contributors to recommend some of the books they enjoyed most this year. 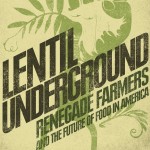 Lentil Underground: Renegade Farmers and the Future of Food in America
by Liz Carlisle
It’s easy to assume that the sustainable ag boom is limited to the coasts, but “lentil enthusiast” Liz Carlisle is out to prove this theory wrong. In Lentil Underground Carlisle investigates how a group of farmers in Montana traded commodity wheat for lentils and dozens of other crops that have revitalized their soil, while taking on the industrial food system in the heartland. The book is an in-depth profile of family farmers who are willing to take on corporate consolidation to build a better food system and it suggests that the humble lentil just might be the super crop to do so. – Naomi Starkman 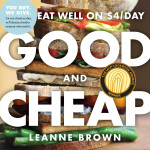 Good and Cheap
by Leanne Brown
As a graduate student in food studies at New York University, Leanne Brown compiled a collection of food stamp budget-minded recipes—as in $4, the daily allotment for the 46+ million Americans receiving SNAP benefits. Her free, self-published e-book went viral and fueled the fire for a Kickstarter campaign to fund 9,000 printed copies, still at no cost to SNAP participants. This year, Workman Publishing printed a second edition, donating one copy for every retail copy that’s purchased. A New York Times bestseller, Good and Cheap is a terrific compilation of practical-minded recipes that appeal to aspiring and newbie cooks looking to stretch their dollar—and who isn’t these days? – Kim O’Donnel 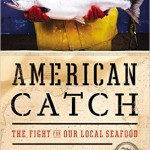 For those of us who loved Bittman’s elegantly simple “matrix” columns in the New York Times, this compendium of over 700 mix-and-match recipes is a real treat. Starting with a single ingredient, such as asparagus or salmon, Bittman offers a core technique and then shows how a few ingredient swaps can create a galaxy of dishes. More than any other cookbook I can think of, Kitchen Matrix teaches readers not just how to follow a recipe, but how to actually cook, allowing them to improvise in the kitchen with confidence. – Bettina Elias Siegel

by Marion Nestle
A thoroughly-researched and highly detailed read that deftly explains how the soda industry became the monolith it is today, and how health advocates can successfully counter its wide influence. – Andy Bellatti

Homemade for Sale: How to Set Up and Market a Food Business from Your Home Kitchen
by Lisa Kivirist and John Ivanko
If you want to be the next Jeni Britton Bauer (Jeni’s Splendid Ice Cream) or Beth Linskey (Beth’s Farm Kitchen), here’s a great book to help you get started. This user-friendly guide explains that the explosion of culinary entrepreneurs we’re seeing at the greenmarkets and online (just check out mouth.com or go down the list of winners of the annual Good Food Awards) owes a lot to changes in state laws governing small-scale, independent home-based food businesses. – Nancy Matsumoto 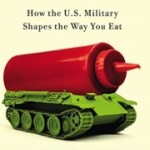 Combat-Ready Kitchen
by Anastacia Marx de Salcedo
I knew that much of the technology we use in our everyday lives (GPS, microwaves, duct tape) was developed by the military, but I didn’t realize the extent to which it had influenced the food system. It makes sense that the military would want to develop portable, shelf-stable foods that would appeal to soldiers in the field—it makes significantly less sense that those foods would then take over almost the entire supermarket. (Psst: If you don’t feel like reading the whole book, the podcast 99% Invisible did a quickie episode on it. And we interviewed Salcedo here.)  – Anna Roth

The Shepherd’s Life: Modern Dispatches from an Ancient Landscape
by James Rebanks
A gritty, honest portrayal of the seasonal lives of hard-working shepherds in England’s Lake District—a place Rebanks believes has been overly-romanticized by some. Rebanks is a shepherd from the region and an uncompromising writer whose prose can take your breath away; he is also skilled in that other narrative form, the tweet (his Twitter feed is immensely popular, and his photos of sheep irresistible). – Caroline Abels 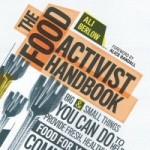 The Food Activist Handbook
by Ali Berlow
This is a must-have guide for those who are new to food system activism. Author and activist Ali Berlow offers both big and small actions that anyone can take to help provide fresh, healthy food for their community, ranging from simple acts such as cooking dinner instead of going out to eat, to more complex endeavors like starting a Farm to School program or building a community garden. – Krista Holobar 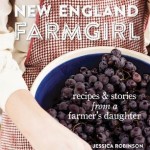 New England Farmgirl: Recipes & Stories from a Farmer’s Daughter
by Jessica Robinson
Robinson’s book is notable because she combines deeply personal memories from her time growing up on a Connecticut farm, a guide to her favorite New England food producers, and, of course, delicious, locally sourced recipes—like hard cider and brown sugar-marinated chicken, farmhouse pumpkin pound cake, and berry-spiked lemonade. With so much attention given to food produced in the Midwest and California, it’s nice to see a book that so beautifully showcases New England’s delicious bounty. – Steve Holt 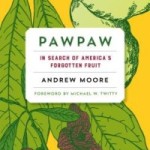 Pawpaw: In Search of America’s Forgotten Fruit
by Andrew Moore
A fun cultural history of a fruit indigenous to the Americas that grows wild, but is largely forgotten. – Cathy Erway (Erway also published her own book of Taiwanese recipes this year.) 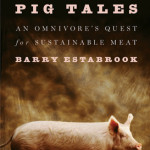 —before constructing this epic story about American pork production. He starts out teaching his readers about pigs themselves—some of the most intelligent domesticated animals we have. But this book is as much about the people impacted by Big Pork as it is about the animals. Estabrook paints detailed, moving portraits of the workers, neighbors, and home-owners whose lives have been impacted by the industry and the lawyers who have dedicated large swaths of their careers to seeking justice. – Twilight Greenaway 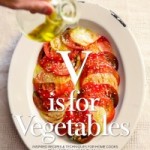 V is for Vegetables: Inspired Recipes & Techniques for Home Cooks From Artichokes to Zucchini
by Michael Anthony with Dorothy Kalins
The latest from executive chef-partner of Gramercy Tavern in New York has an A to Z format and more than 150 recipes. It’s not strictly vegetarian, but “a celebration of vegetables in their greatest glory.” Beautiful photography and botanical illustrations both inspire and educate. – Kim O’Donnel

Zahav, a World of Israeli Cooking 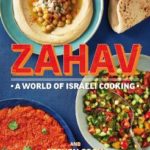 by Michael Solomonov with Steven Cook
If you’ve been lucky enough to eat at Zahav in Philadelphia, you know Israeli food can be a revelation—fresh, healthy, and reflective of Israel’s crazy melting pot of cultures. Chef Michael Sololmonov’s enthusiasm for Israeli cuisine is infectious and in this friendly, accessible book he encourages home cooks to try out even his most complex recipes, with easy-to-follow instructions, gorgeous photos, and a resource list for some of the more exotic ingredients. – Bettina Elias Siegel

A Taste of Generation Yum 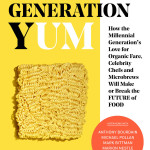 by Eve Turow
Twenty-eight-year-old Turow turns an eye on her peers and asks: Why are Millennials the most food-obsessed generation in history? Her conclusions are interesting, but even more so is the struggle she finally hits on: Someone who Instagrams every meal is obviously engaged with food, but how do you convert that interest into real change in the food system? – Anna Roth

We’d also be remiss if we didn’t mention some of the other great books we reviewed this year: Natasha Bowens’ The Color of Food told the stories of more than 75 farmers of color across the country. Rebecca Thistlethwaite and Jim Dunlop gave beginning farmers some insight and real talk in The New Livestock Farmer: The Business of Raising and Selling Ethical Meat. Jean-Martin Fortier shares how his farm sells $140,000 of food on an acre and a half in The Market Gardener: A Successful Grower’s Handbook for Small-Scale Organic Farming. Megan Kimble’s Unprocessed examined a life without unprocessed food; The Food Waste Handbook helped us cut down on our kitchen scraps; The Occidental Arts and Ecology Cookbook gave us a fresh approach to plant-based cooking; The Oyster War examined the battle between California wilderness advocates and a local agriculture community; and The Soup Club Cookbook taught us how to build community, one bowl of soup at a time.