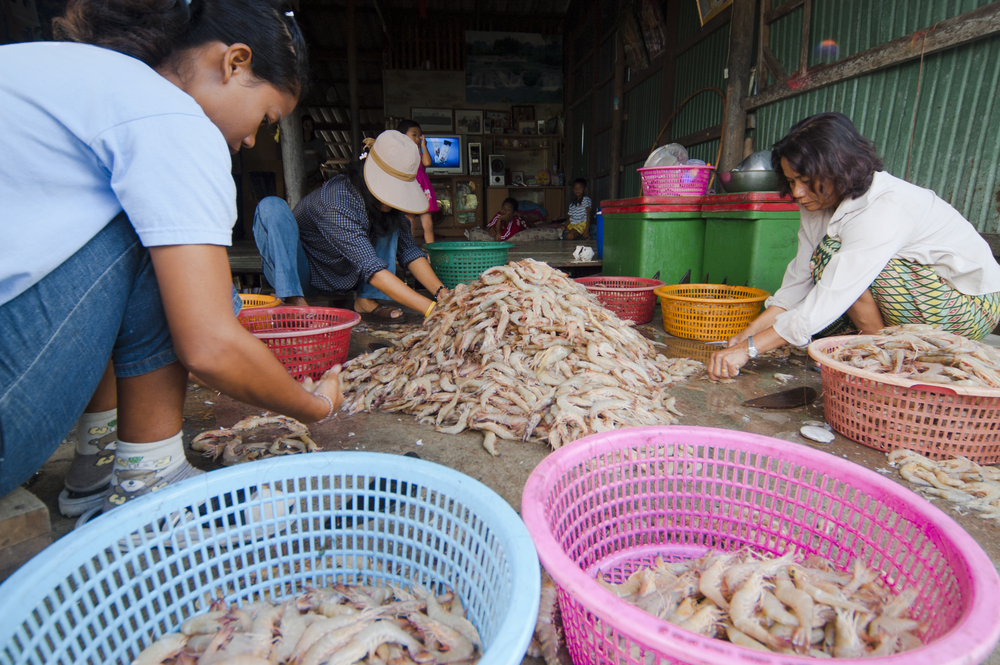 We’re back with the food news you need to know this week.

This Wednesday, the Grocery Manufacturers Association (GMA, the trade group that represents major food and beverage companies) announced their “Smart Label,” which will allow consumers to scan a QR code with their smartphone to learn about ingredients, allergens, and nutrition. The Smart Label will be used by about 30 food companies and appear on around 30,000 products, from shampoos to sodas, by the end of 2017. Concerned about Vermont’s GMO labeling law, which could go into effect next summer, the food industry is also working to get Congress to put language in an omnibus spending bill that would pre-empt states from passing additional labeling legislation.

Advocates of GMO labeling point out that the GMA’s codes are discriminatory because not all consumers have mobile phones that can read them, and that “it’s a technology most consumers don’t use, and a technology prone to error.” Senator Debbie Stabenow (D-Michigan), Ranking Member of the Senate Agriculture Committee, says many of her Democratic colleagues are “fundamentally opposed to even the use of electronics” for labeling, and does not expect the rider will gain the support food companies are hoping for.

The National Restaurant Association is planning to sue to block New York City’s new rule requiring restaurant chains to post warnings on high-sodium dishes, which went into effect Tuesday. The group claims the regulation places an “overly onerous and costly burden” on restaurants that are already coping with higher costs from Governor Andrew Cuomo’s plan to raise fast food workers’ minimum wage to $15. The rule requires restaurants with at least 15 U.S. locations to put warning labels on menu items with more than 2,300 milligrams of sodium, the recommended daily limit for adults.

The number of new diabetes cases in the U.S. fell by about a fifth from 2008 to 2014—the first sustained decline in 25 years—according to new research from the Center for Disease Control and Prevention (CDC). Researchers say there is growing evidence that Americans’ eating habits have finally started to improve and physical activity is on the rise. Experts cautioned that diabetes rates are still double what they were in the early 1990s, and the decline has not been even across all demographics. While the number of new cases is dropping for white Americans, the change has not been statistically significant for Black or Hispanic people, though both show a downward trend.

Multinational companies that buy shiploads of farm products from all over the world are starting to feel threatened by climate change and making plans now to adapt to it. Last month, 10 global food companies including Mars, Inc., General Mills, Unilever, and Nestlé, released a letter calling climate change a threat to the world’s food supply. Four other companies have signed on since then. Barry Parkin, chief sustainability officer of Mars, says the food industry will be instrumental in fighting climate change. The U.S. Department of Agriculture (USDA) is also sounding the alarm about the impacts a changing climate will have on the world’s food supply. This week, the agency released a new report detailing how it will affect “virtually everything we eat.”

This Monday, due to a slump in gasoline consumption and a domestic energy boom, the Obama administration pulled back the amount of ethanol the nation must consume to below the levels Congress set a decade ago. The pullback could pose a challenge for presidential candidate Hillary Clinton because the mandate is still popular in Iowa—where the nation’s first presidential caucus will take place—and where corn and ethanol producers have said they will see any weakening of the ethanol program as a cave-in to Big Oil. Iowa lawmakers say the Environmental Protection Agency (EPA)’s decision could harm farmers and rural economies, while industry critics say higher-blend biofuels are less energy efficient and drive up food costs because they use up 40 percent of the U.S. corn crop.

Last week, Taylor Farms Pacific, Inc., located in Tracy, California, voluntarily recalled products containing celery—including a mix of diced celery and onion used to make Costco’s chicken salad—because it tested positive for E. coli. The recall has now been expanded to more than a dozen states and over 155,000 products sold at major grocery store chains, including Walmart and Safeway. According to the CDC, 19 people in seven states have gotten sick after eating the celery mix.

Public health advocates are planning to bring soda taxes to as many as a dozen U.S. cities in 2016. The legislation is part of an international strategy, backed by billionaires in New York and Texas, to reduce consumption of soda, juice, and other sugary drinks in order to fight spiraling rates of obesity and diabetes. This news is part of a series of tough recent incidents for the soda industry. As Marion Nestle puts it, “The soda industry is having a very bad month.”

According to a new report released by Nestlé, the largest food company in the world, the seafood industry in Thailand suffers from widespread labor and human rights abuses, which means virtually all American and European companies that buy seafood from there will have these problems as a part of their supply chain. The Times exposed many of these problems in an article this summer, and in August, a class-action lawsuit was filed against Nestlé, claiming that one of its brands, Fancy Feast cat food, was the product of forced labor. The company says it will soon announce new requirements for all potential suppliers and hire auditors to verify compliance with new rules. Nestlé believes it “could have a positive impact on the whole industry by raising the bar on labor protection.”

America’s beekeepers lost an estimated 42 percent of their hives last year, and a recent government survey that tallied up the losses found that one in three mouthfuls of food we eat is dependent on pollination services provided by bees and other pollinators. With several recent studies suggesting that neonicotinoids, one of the most widely used classes of pesticides in the world, are harming the bees, the Environmental Protection Agency is re-evaluating the family of pesticides and has “temporarily” halted the approval of new uses of them.