From droughts to pests, disease, wildfire, and extreme weather, the agency spotlights food and agriculture at COP21. 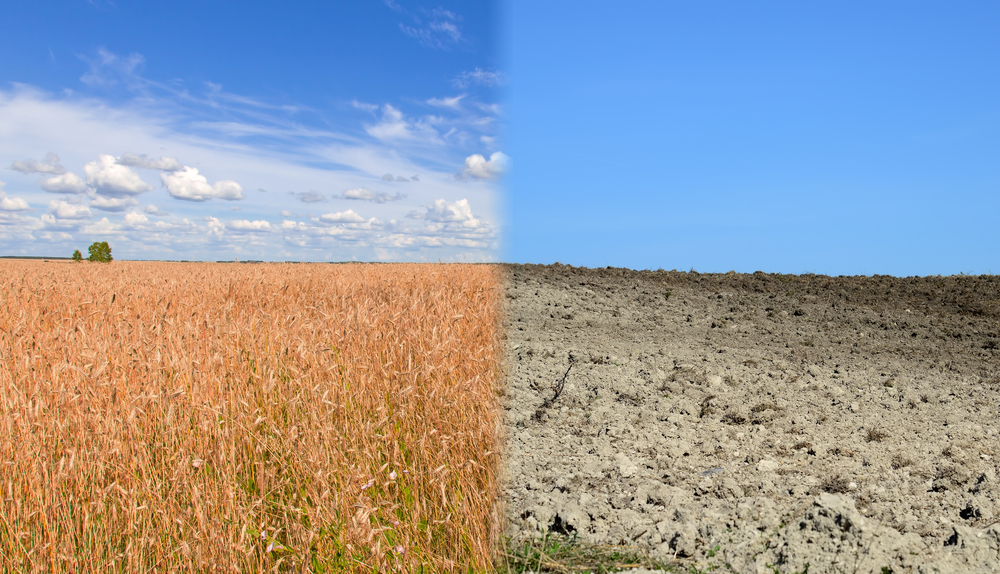 As world leaders gather in Paris this week to negotiate a new global climate agreement, the U.S. Department of Agriculture (USDA) is sounding the alarm about the enormous challenges ahead for the food we eat.

The government agency has released a new report assessing the impacts of climate change on global food security and the U.S. food system. It takes a detailed look at how—between now and the end of this century—the changing climate will affect farming and food distribution around the world. These impacts will touch virtually everything we eat, from grains to fresh produce, fish, meat and dairy products.

The bottom line? In the words of U.S. Agriculture Secretary Tom Vilsack: “Never before has agriculture faced challenges of this magnitude.”

The Impact of Climate Change Worldwide

Written by an international group of experts, the report’s outlook is disconcerting. It finds that changing conditions and extreme weather events will likely disrupt food production and distribution and pose hazards to food storage and safety. On a global and local scale, these changes pose threats to food’s nutritional value as they adversely impact soil and water conditions and stress both plants and animals.

These disruptions could limit food supplies and increase prices. Underscoring what is already evident in low-lying regions of the global south, the report notes that the people who are most likely to be severely impacted are those in tropical regions and the world’s poorest communities.

While U.S. consumers may not see themselves as part of a worldwide food network when they shop for groceries, the report emphasizes the growing importance of global supply chains. “As part of a highly integrated global food system, consumers and producers in the United States are likely to be affected by these changes,” reads the report.

Everything from what we import and export, to the prices we pay, and how we grow, transport, and store food is all likely to change as a result of what happens to the climate in the course of the 21st Century. “Accurately projecting climate-change risks to food security and acknowledging the food system’s complexity are key to responding effectively to these changes and challenges,” the authors write.

In a statement released along with the report, Vilsack pointed to the historic drought in California as an example that has already cost farmers an estimated $3 million just this year. In addition, said Vilsack, “We’ve seen increasing incursions of invasive pests and diseases and extreme weather, everything from bark beetle to severe droughts, which have cost billions in lost productivity. We’ve faced a series of record wildfire seasons in the western United States—the worst decade in U.S. history for wildfire.”

Can We Mitigate Climate Change?

Although the report provides a great deal of detail about the climate havoc to come, it does not make recommendations about how to respond. Neither does it examine agriculture’s contribution to greenhouse gas emissions. The report looks squarely at impacts of climate change on food security and food systems rather than on diet, and while it underscores the importance of healthy nutrition–particularly for children–makes no mention of the contentious issues surrounding sustainability in the U.S. dietary guidelines.

It does, however, include discussions of solutions, such as: The need to develop and use seeds that grow well in hot or dry conditions; planting methods that similarly respond well despite low moisture, heat, or erratic weather; and improved food storage and transportation techniques to help ensure food accessibility and reduce waste.

Among these will be new packaging materials that can keep food safe and fresh for extended periods of time, particularly without refrigeration and rethinking where storage and distribution facilities are located to increase their resiliency to weather and climate-related disruption.

Vilsack said that research into such adaptations is already underway. And, he said in his statement, it is critical that this research and these technologies be shared, as the U.S. is committed to doing.

But, as Environmental Defense Fund senior lead scientist Rebecca Shaw pointed out to Civil Eats, “Governments can’t do everything. The number of entities in the solution when you talk about food is much greater than government alone.”

Shaw also pointed to the fact that several major agribusiness and food producers have recently announced climate initiatives to coincide with the Paris talks. (Among the companies already actively tackling climate change within their supply chains are General Mills, Kellogg’s, Mondelez, Unilever, and Walmart to name but a very few.)

“We’ve never seen anything like it. Big food companies [are] lining up to say, ‘we want to be part of the solution,’” said Shaw. But she noted that reducing climate-changing impacts while maintaining needed productivity will require an effort to “make Big Ag small in its impacts.”

And Shaw added, “It will be up to folks to hold those companies to their commitments.”

On the bright side, efforts like the USDA’s are already beginning to engage Americans who might not otherwise be involved in larger discussions of global climate change. Market demand is already pushing food companies large and small to offer more food produced in ways that are ultimately more environmentally friendly, Shaw explained.

“Food is so personal; it’s at the core and center of our cultures and the way we understand ourselves on the planet so you can’t treat it [exactly] like other industries,” said Shaw.

Or as Vilsack said in the conclusion to his statement, “Food security has implications far beyond what’s on our plates. This will not be an easy task.”